What Hawker Did To Horkey 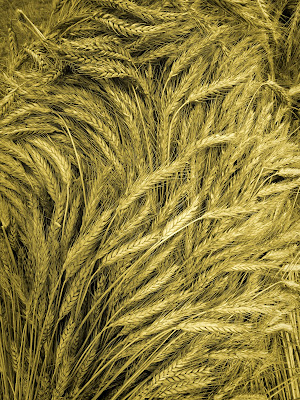 October is a magical time of year. Harvest is gathered in. The fields turn from pale yellow to rich earth-brown. The trees change to reds and gold. The birdsong of summer departs and is replaced by the wild cry of winter geese and swans over the fenland.

The end of harvest must always have been a cause for celebration since it's a time of hard work, often against the clock and the vagaries of the weather, and it's completion must have once meant that people wouldn't starve during the winter.

I can never remember how much of the following I learned from my father, my grandmother and others, and how much I've read from books in the succeeding years, but I know that in Cambridgeshire there was always, in days gone by, a feast to mark the end of harvest. From books I know that this was known as Horkey Night, though I've a suspicion that it was known locally by a slightly different name.

The last load brought in from the field would be topped out with a bough from an oak tree, the Horkey bough, and the horse pulling the cart would also be decorated. In the evening a feast would be held in one of the farm buildings. Food was provided by the farmer and after eating their fill the workers and their families would entertain themselves by singing the old songs and dancing. 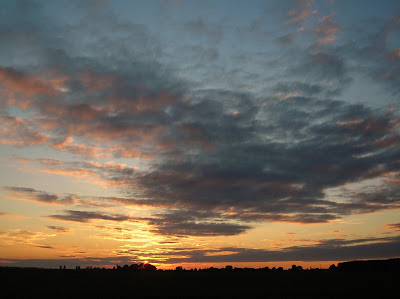 Now, what about Hawker? Well, The Rev Hawker was the vicar of Morwenstow in Cornwall during the 19th century - and a right old reverent was he! Hawker dressed eccentrically in a yellow poncho and a pink hat and famously excommunicated his cat for mousing on the Sabbath! He was also a noted poet who wrote the Cornish anthem "And Shall Trelawney Die". He spent many hours in a driftwood cabin of his own making, overlooking the sea, where he wrote poetry and smoked opium. The cabin is now one of the National Trust's smallest properties.

And Hawker it was who first introduced the idea of the Harvest Festival into the English church. The celebrations were of course 'sanitised' by the church; the dancing was no more and Victorian hymns replaced the old songs.  Whether Hawker killed off Horkey is hard to say; by this time many farm workers across the country had chosen to have a cash payment at the end of harvest rather than a feast. Harvest Festival also made the end of harvest more real to an increasingly urbanised population.

A couple of further random thoughts:


﻿"And after we've reaped it of every sheaf
And gathered up every ear,
With a drop of good beer, boys,
And our hearts full of cheer
We will wish them another good year" 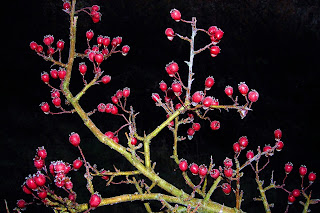 Posted by John "By Stargoose And Hanglands" at 20:12