Having taken a few pictures with a Halloween theme I thought I'd write a few words about the subject. I have a small problem here: I don't know anything about it! So I turned to my ancient book about ancient customs in England, which contained very little information; and the internet, which contained a great deal. There's a connection - the book and I come from England, the internet contains lots of entries from the USA. 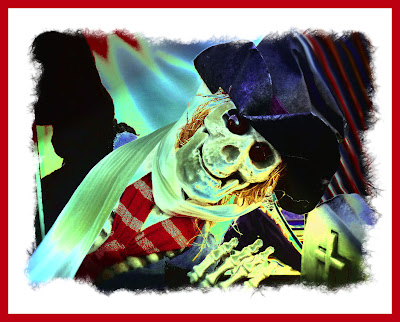 The fact is that Halloween was not celebrated in England, at least not until the supermarkets started selling witches hats and plastic spiders. I never heard mention of Halloween when I was growing up. How could this be?

Much of what we now accept as 'part of Halloween' appears to have evolved from Ireland and from there spread to North America as many Irish people left their homeland for the New World. Its deepest roots are undoubtedly pre-Christian and are based upon the rituals associated with the changes of the season. Mid-winter, mid-summer, the coming of spring and the end of the harvest were all recognised and celebrated from earliest times.

With the coming of Christianity the old festivals took on a Christian element. So Christmas was celebrated in mid-winter, Easter at springtide and so on. This accounts for mid-winter symbols, such as yule logs, holly and ivy and robins, being associated with Christmas, and fertility symbols - eggs, rabbits - getting attached to Easter. We shouldn't be surprised by this; Christianity, with its origins in warmer climes, lays down no rules for how such things as the winter solstice should be marked. So people just got on and did what they'd always done at that time of year.

But back to Halloween. "Hallow" is just an old word for "saint", so All Hallows' E'en (or eve) just means the evening before All Saints' Day, similar to Christmas Eve And New Year's Eve being the day before their respective holidays. But tagged on to this Christian idea is the old Celtic fire festival - "Samhain" - with its bonfires, ghosts, evil spirits and jack'o'lanterns. 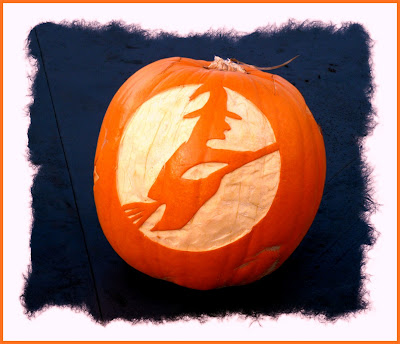 How about England? Didn't they recognise the autumn equinox? Didn't they like a good bonfire? You bet they did! One custom was that at the end of harvest the old scarecrow, who had served them well throughout the growing season, was burned on a bonfire. Now, doesn't that sound a bit like the burning of Guy Fawkes on November 5th? In fact it's the only logical explanation, after all the original Mr Fawkes - the one who tried to blow up Parliament - was not burned at the stake at all. Just another case of ceremonies getting mixed up. (I remember that at the time of the "poll tax" lots of "Guys" bore an uncanny resemblance to Mrs Thatcher!)

In Somerset they also had "Punky Night" where, on the.last Thursday in October (tonight), children went from door to door begging for candles for their jack'o'lanterns and threatened householders with the following rhyme:

"Give me a candle, give me a light. If you don't, you'll get a fright"

which sounds a lot like "trick or treat" to me. 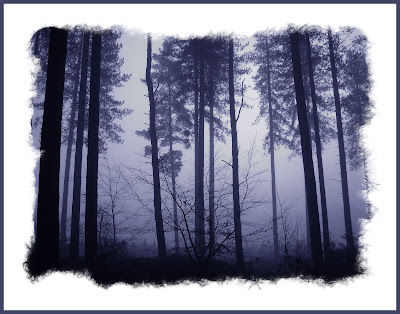 ﻿
Something to think about:
In reading what I could find out about Halloween I came across a common misconception: the idea that the people who believed in pagan myths and customs were doing so out of some mystical belief in the past which defied all notions of common sense and learning. This was not really the case; they were just making sense of the world in the best way they could at that time. We may know the scientific reason for the lengthening and shortening of the days, for the growth of plants and the coming of floods, drought or famine, but they did not and were not aware of the ancient origins of their beliefs.

In much the same way, when we do a mathematical calculation, we are not aware that we are following the beliefs of Arab mathematicians of centuries past; we are just doing what we are sure is correct. If subsequent generations discover that 2+2=5 then they will regard us as foolish numbskulls who blindly folllowed the word of ancient mystics in the light of what they regard as common sense. For us, 2+2=4 and we can't see any other argument. And those people from the past couldn't see any other argument either.

And another thing....
If the idea that these age-old customs are constantly undergoing change is a strange concept, then consider this: Next week I shall be organising a "Halloween Disco" for the pupils at school. Here we shall see Harry Potter-inspired wizards dancing to "Ghostbusters" by Ray Parker Jr and Michael Jackson's "Thriller". What would the Ancient Celts make of that?????

Take care (especially if the Punkies are about).
Posted by John "By Stargoose And Hanglands" at 09:25