On a clear day when  was a child it was what you always looked for on the horizon; Ely Cathedral, the "ship of the fens", sailing serenely above the flat fenscape. 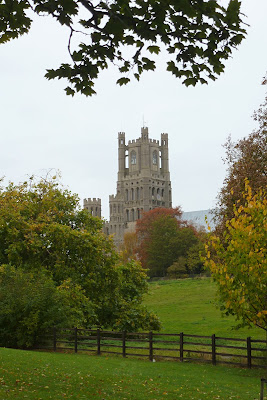 The Cathedral was founded in 673 AD by St Etheldreda, it was sacked by the Danes in 870 and then reconsecrated in 970. By the way, if you think Etheldreda had an unusual name then you've never met her sister, Sexburga. I kid you not! 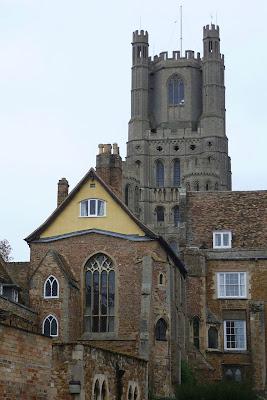 Part of the beauty of Ely is that it rises so effortlessly above the rooftops without any competition from modern structures. Also the buildings in its immediate vicinity are also of some antiquity and interesting in themselves. What on earth the medieval cottage dwellers thought about this huge building rising up in the midst of their tiny town I can not imagine. 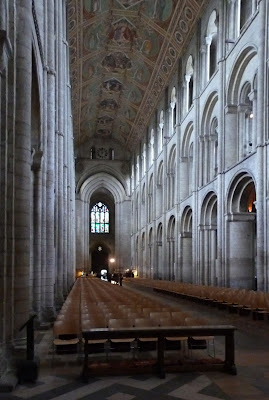 But rise it did, building and rebuilding went on over the centuries; some craftsmen must have worked on it all their lives. The nave dates from the Norman period. It is extremely long, high and narrow with rows of identical columns and arches. 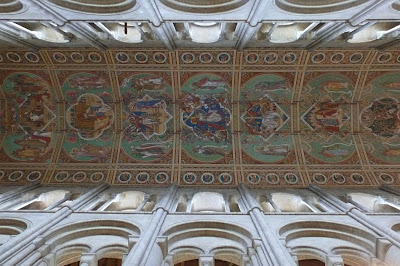 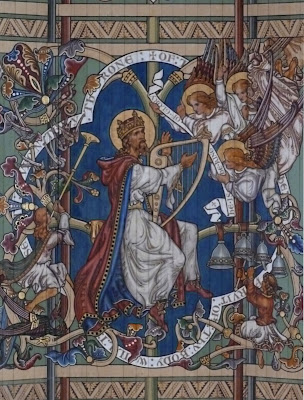 A table with a mirrored top allows you to observe the painted ceiling without getting a stiff neck! 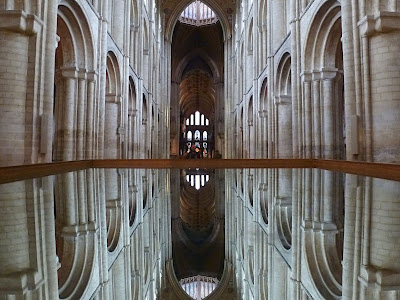 If you put the camera on top of this mirrored table you can get an interesting picture like the one above. Don't tell them I told you to do it! 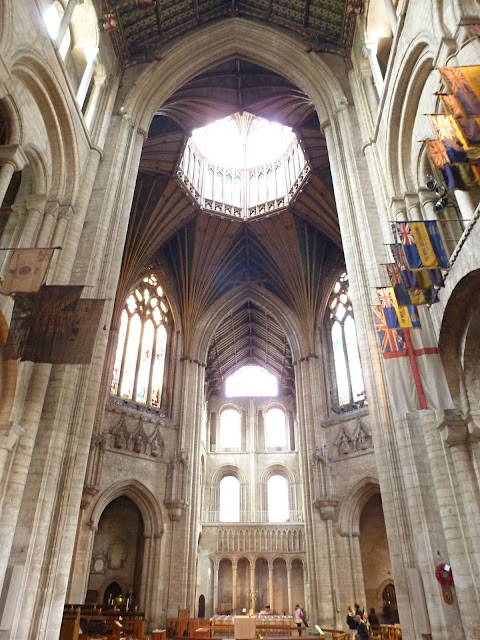 In 1322 the Norman crossing-tower collapsed and had to be rebuilt. The largely wooden, octagonal structure was designed by Alan de Walsingham and is the chief glory of the building today. 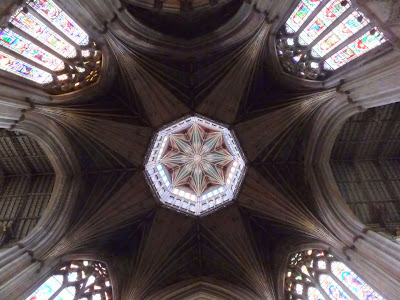 To stand there and gaze upward to the superb lantern with the choir singing, even if they were only practising, has brought a tear to the eye of at least one big man not usually given to such emotion. 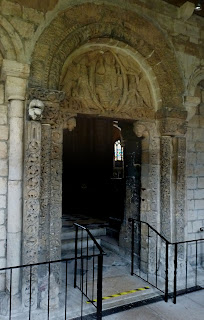 Back down to earth for an elaborately carved Norman Doorway, with a detail on the right showing the intricacy of the work. 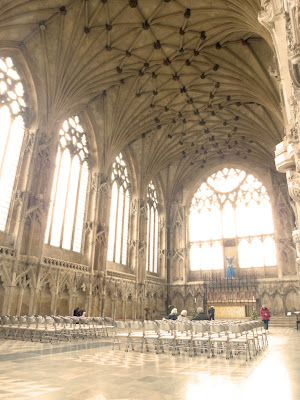 The Lady Chapel dates from the 14th century and feels amazingly light and airy, though when it was built it had stained glass in the windows and the stonework was richly painted so its appearance would have been much different. 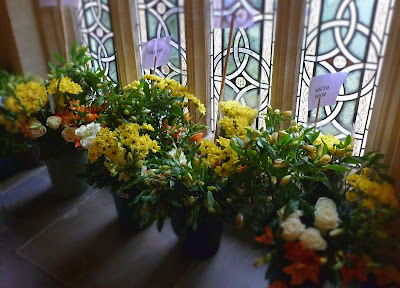 Two ladies were engaged in arranging flowers to decorate various parts of the building. They seemed reluctant to be photographed but were happy for me to snap their handiwork. 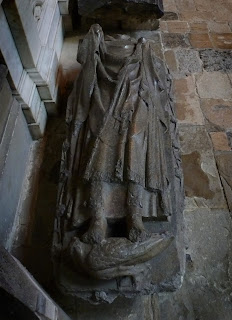 This memorial, one of many, caught my eye. It's thought to represent St Hugh of Lincoln, who was said to be a devout but humorous man who could become very upset at any injustice. He once refused to take up a post till the king had rehoused poor people who had lost their homes in order that a monastery could be built. At his feet is his pet goose, though sadly both St Hugh and the bird have been decapitated. 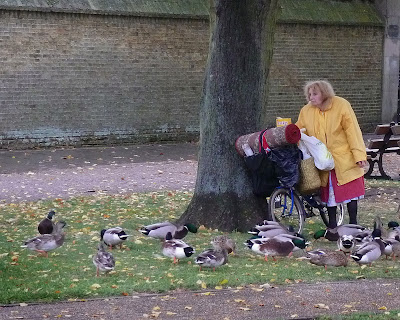 Outside a woman was feeding the ducks I'm sure St Hugh would have been delighted! And so back to the rainy streets of the market town. 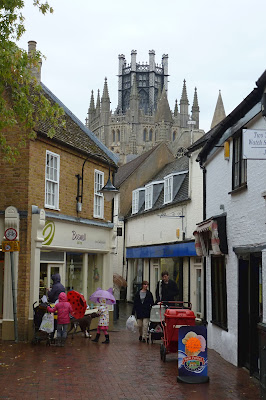 Take care.
Posted by John "By Stargoose And Hanglands" at 08:04