Travelling by pedal-power you notice things that you'd miss if you were in a car. So here are a few wayside oddities and curiousities from rural Cambridgeshire.

The Fire-Engine House at Melbourn 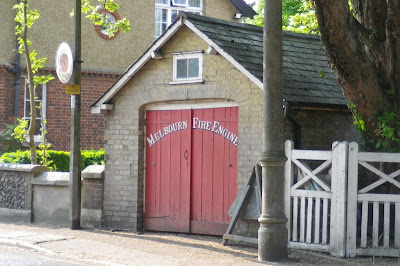 ﻿In the nineteenth century many villages would have their own volunteer fire brigade to put out any local blazes. The engine was either horse-drawn or pulled along by hand and equipped with a hand pump and buckets. As buildings were mainly of wooden construction with thatched roofs I can't imagine they would have had too many successful outcomes. The lettering on the door has been repainted; many other such buildings must slumber in anonymity. 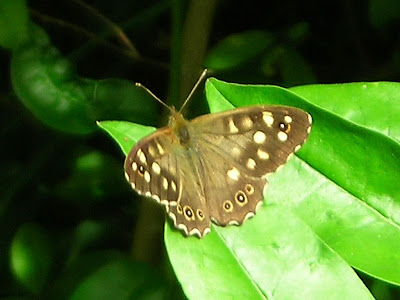 One of the few butterflies that has managed to increase in numbers in the last century and, in my opinion, as attractive as any brown butterfly could be. As their name suggests they love shady places and they blend in beautifully in the dappled sunlight. They live on a diet of honeydew and nectar which is certainly a lot more refined than the tastes of some other butterflies who like nothing better than fresh dung or rotting meat. 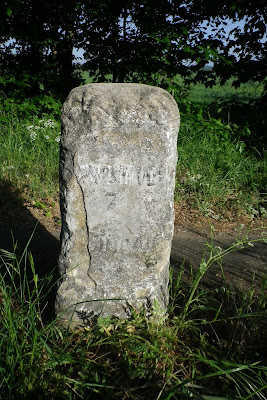 Put there to inform travellers that they are 7 miles from Cambridge and 48 miles from London, though the inscription is difficult to make out these days - especially when travelling past at 70 mph in a car! Several similar stones remain on roadsides recording the distance to Great St Mary's Church in Cambridge. Incidentally during World War II many of the milestones and signposts were buried in the hope of confusing any invading armies. I wonder if all the stones were recovered or if some remain beneath the ground. 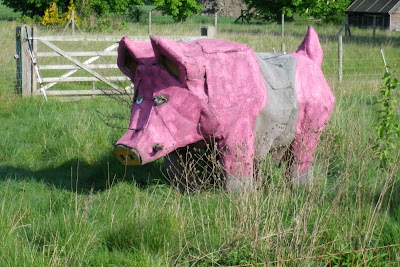 ﻿This fine beast has appeared recently in a field beside a little-used road in the village of Haslingfield. He appears to be solidly constructed from roofing felt stretched over a wooden frame and might have originated as part of the local Scarecrow Festival. Or maybe someone just felt like making a giant model of a pig and standing it in a chicken field. As it has no apparent purpose, will generate no financial or social advantage for its maker, is not a copy of anyone else's work and gives pleasure to all who see it, I can only conclude that this is a rare example of pure art!

Take care.
Posted by John "By Stargoose And Hanglands" at 21:36