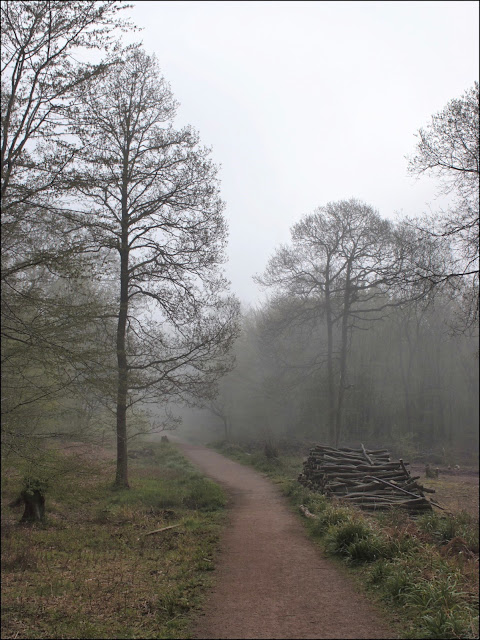 We're off for a woodland walk today, but not just any old ramble through the trees; we're following the National Nature Reserves Trail through Broxbourne Woods. And it was a rather misty start to our day once again. 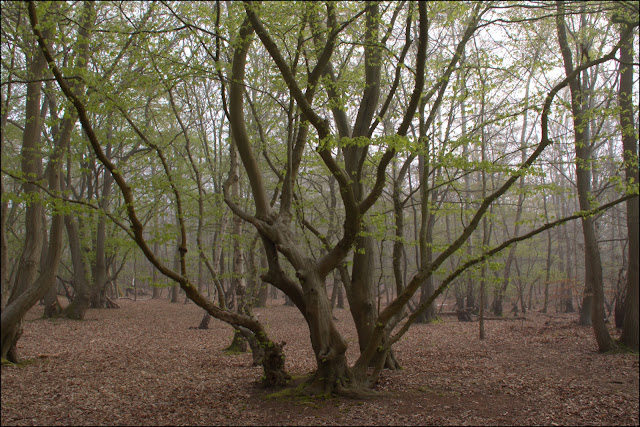 We'll be passing through several blocks of ancient woodland, known variously as Wormley Wood, Emanuel Pollards, Bencroft Wood, Old Grove, Westfield Grove and so on. Surprisingly perhaps we're not far from London, just a little over three miles from the M25 motorway. What's more we're even closer to the built up Lea Valley, though you'd never guess it on such a quiet, still morning as this. 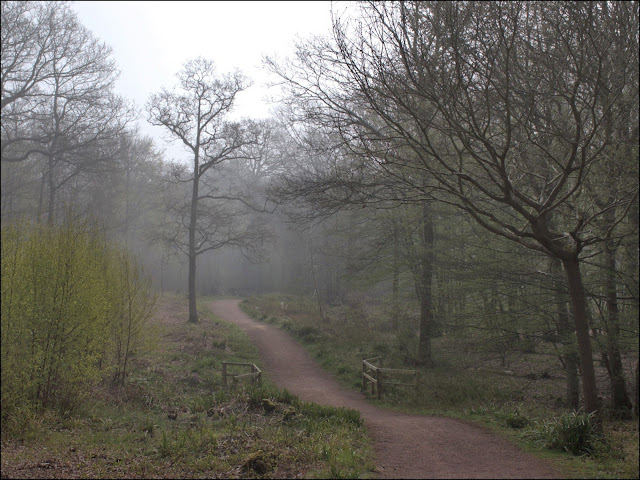 The heavily-used paths suggest that there must be a lot of people here at some time, but all we encountered all morning were a group of four runners, a woman with a dog and a solitary bird-watcher. 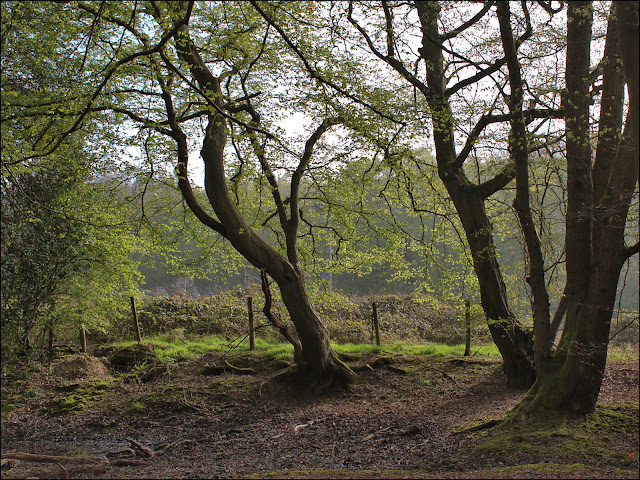 And that was not just because it was a dull morning, for the sun soon pierced the mist and it developed into a cloudless Spring day. 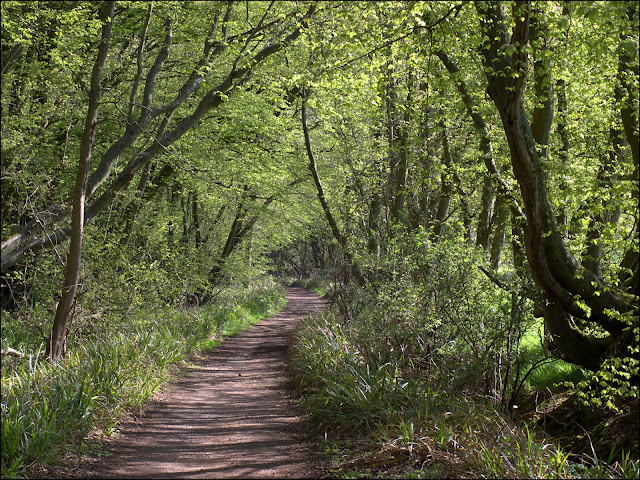 We left the woodland from time to time to cross fields or follow tracks across grazing land. In fact if I just push my way through the hawthorn and brambles..... 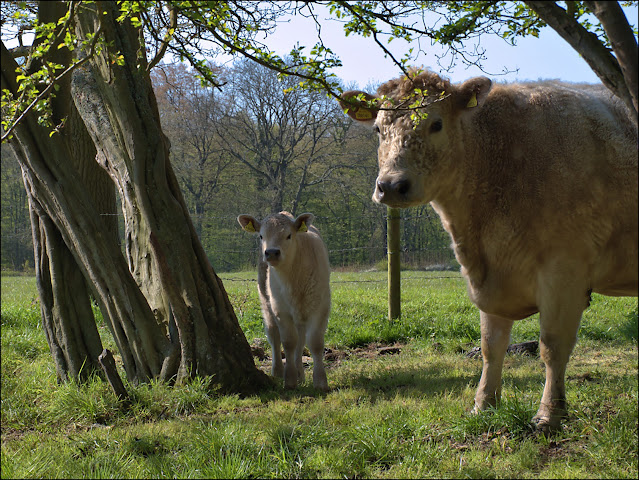 ....There you are, what did I tell you! Parts of this trail are just about impossible to follow on a map, which sometimes shows paths where there are no paths, and conversely no paths where you're supposed to go, so it's just as well that it's all clearly waymarked with little arrows. 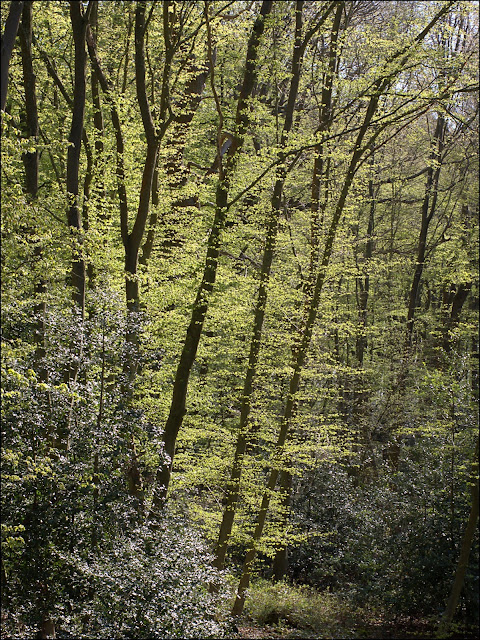 Many of the trees here are Hornbeams, a real tough customer of a tree whose wood is so hard to work that it was reserved for just a few important jobs, like making the hubs of cartwheels or the blocks for carpentry planes. At this time of year though it is sending forth delicate lime-green leaves that look wonderful when they catch the sunlight. 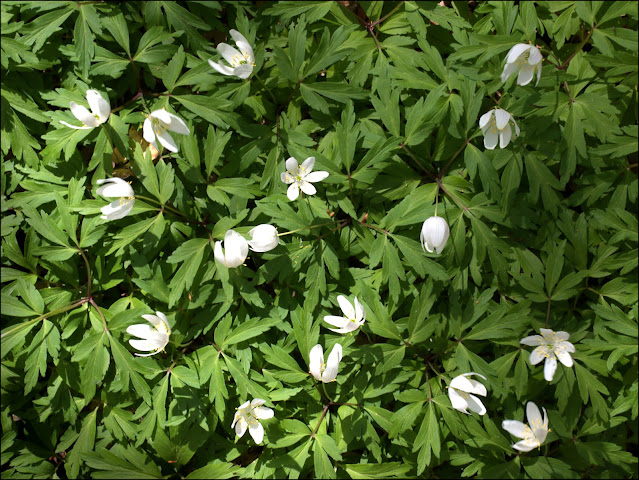 It's also the time of year for Wood Anemones. I love their simple white flowers which are set against their rich and complex foliage. 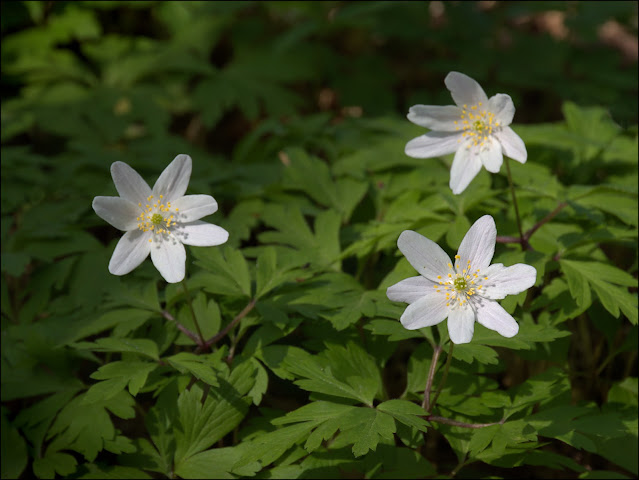 "Sun-loving, gentle, a mark of the old. Wood anemone is one of the first spring blooms, arriving to take in the light through the leafless canopy in broadleaf woodland. Look for them in old and ancient woodland that suits their slow growth".

That's what the Woodland Trust has to say about them. 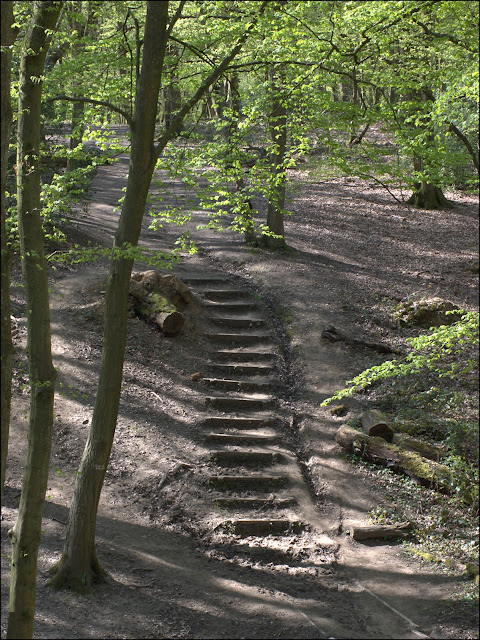 But it's no good getting all soppy and poetic - we have hills to climb! That's about as much of a hill as we'll find on this walk. 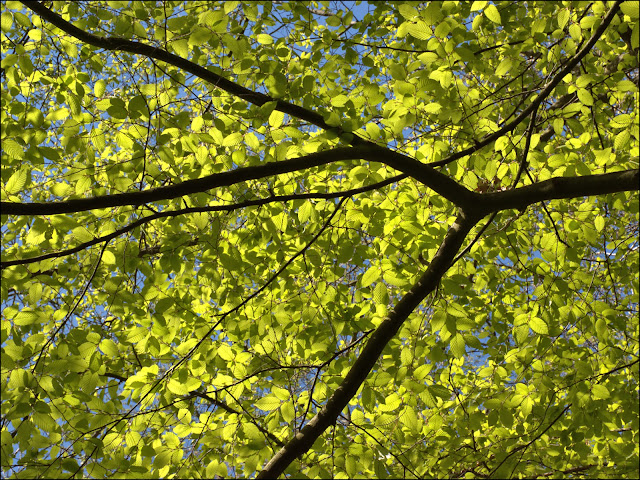 There seems to be a lot more birdsong than actual birds in the branches today. Most of the birdlife is made up of Blue Tits, Great Tits, Robins and Wrens - pretty little things each one, but easily viewable in the garden most days of the year. But Chiffchaffs are also tirelessly belting out their two-note refrain and now and again, if you're really attentive, the Blackcap is singing snatches of his liquid melody. 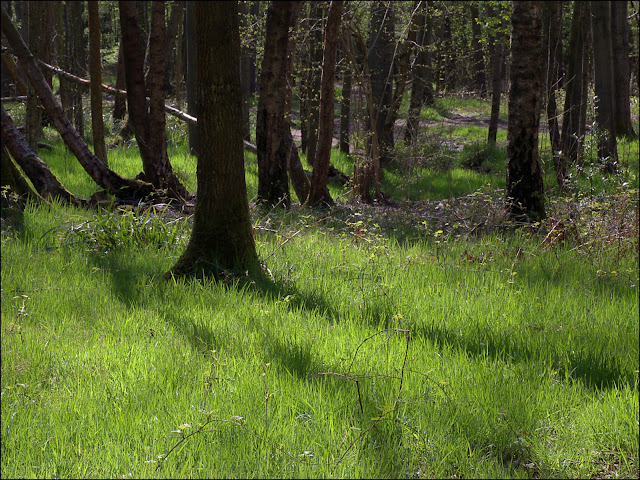 Some smart new grass is also springing up in some of the glades. 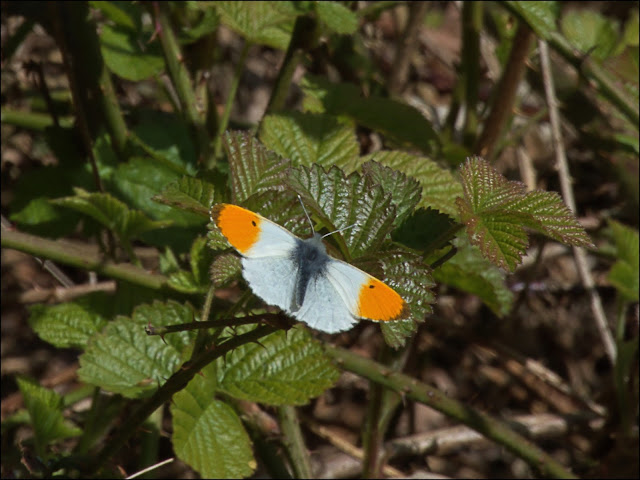 And here's my first Orange Tip butterfly of the year. They are also fond of the sunnier spots. 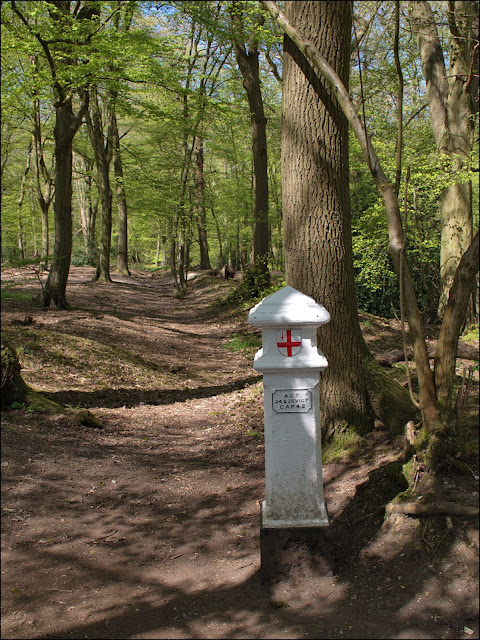 After the Great Fire of London in 1666 there was a tax placed on coal to raise revenue to pay for the rebuilding of the churches of the City. At that time all the coal was transported by ship and unloaded at the docks, making it relatively simple to collect the tax. But two hundred years later more and more coal began to be brought in by road, canal and rail. A ring of posts was erected around the area to delineate where tax was payable. Mostly these were on major routes into the capital, but, for reasons unknown, there was also one erected on this minor byway, where it stands to this day. 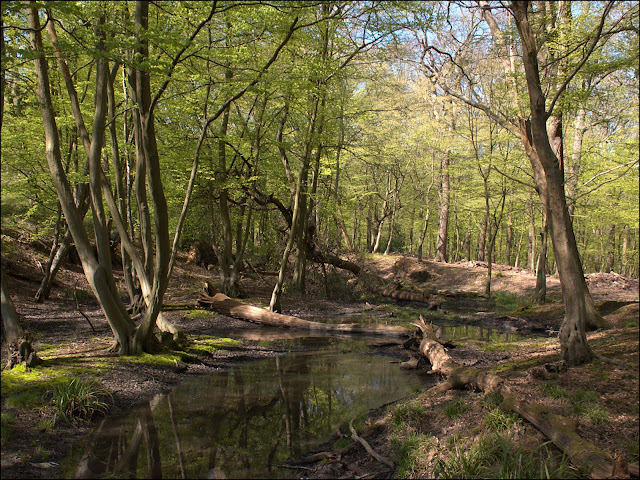 We're nearing the end of our circuit now, but still with enough energy to make diversions to photograph muddy little ponds. 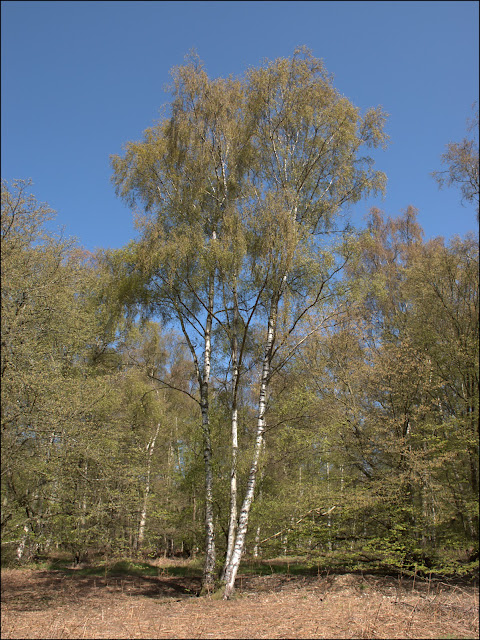 Posted by John "By Stargoose And Hanglands" at 14:55