Dropping In On Grafham Water

Earlier this week my brother and I went for a stroll beside Grafham Water, a man-made reservoir a few miles north-west of home. It was built in the 1960s to provide water for the growing population of the area. Despite its artificial origins much of the shoreline now looks quite natural. In the mid 80s it was designated a Site of Special Scientific Interest and much of the surrounding woods and fields now form a nature reserve. 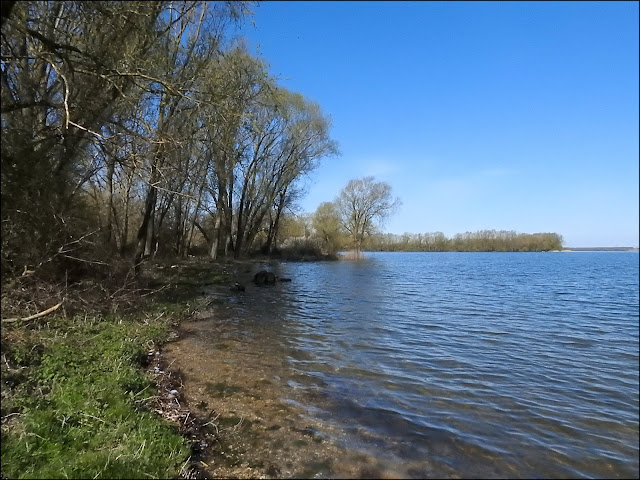 At this time of year it is a magnet for birds with many dropping in as they pass through on migration. And though you'd have to be very lucky to spot a passing Osprey or the White-Tailed Eagle that was seen there recently, there are usually a few more common migrants to be seen. 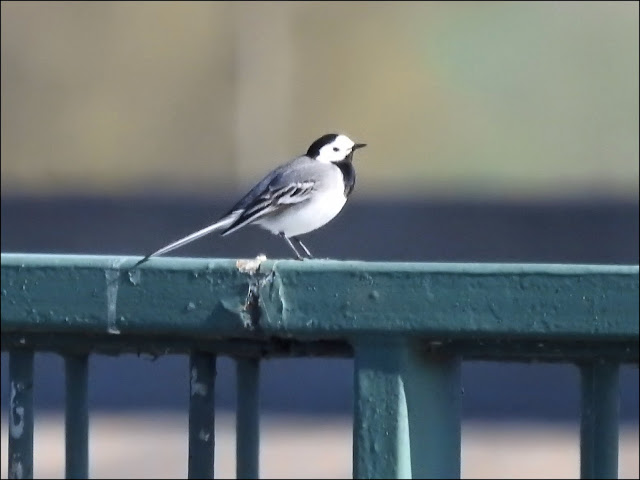 Like this White Wagtail, motacilla alba alba to give it its Latin name. We have the very closely related Pied Wagtail (motacilla alba yarrellii) here all year round, but the "White" continental cousins pass through every year on migration. You can tell them by their lighter grey backs and clear division between the grey back and the black head. At first glance our Pied Wagtails look very similar but with a more black-and-white appearance, as the name suggests. They also wag their tails a great deal, so it's a more helpful name than some birds are given. 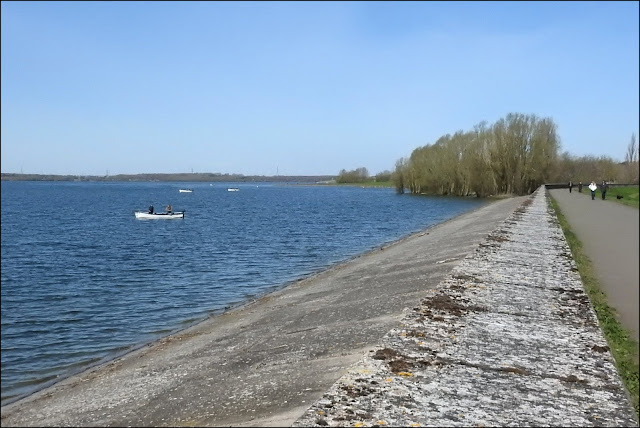 Now you may have thought that the little Wagtail looked as though it was far from the nature reserves I'd mentioned. And you'd be dead right. Strange as it may seem the best place to find these migrant birds is along the concrete dam holding back the water, even with the constant stream of pedestrians wandering along the wide path and the presence of fishermen on boats and standing at the water's edge. 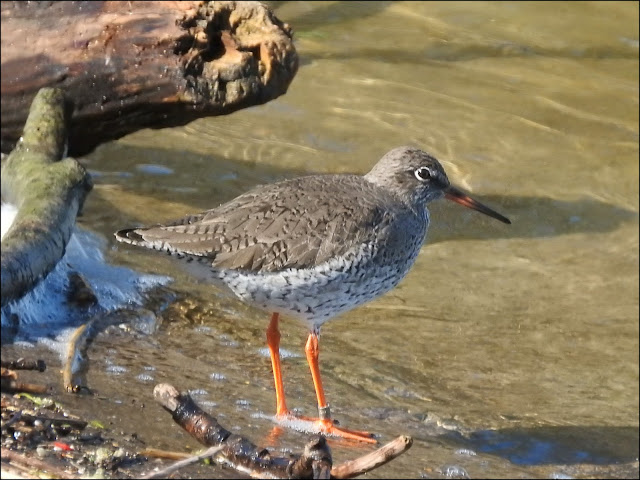 Ah, here's a Redshank - another well-named feathered friend, if you'll allow that the legs are actually more orange than red. It has a ring on its leg and if we could only read the number on it we might learn if it's resident at Grafham or just passing through on its way further north - either is a possibility. Although the setting looks a bit more natural with odd sticks that have been washed up here, our Redshank is also standing on concrete. 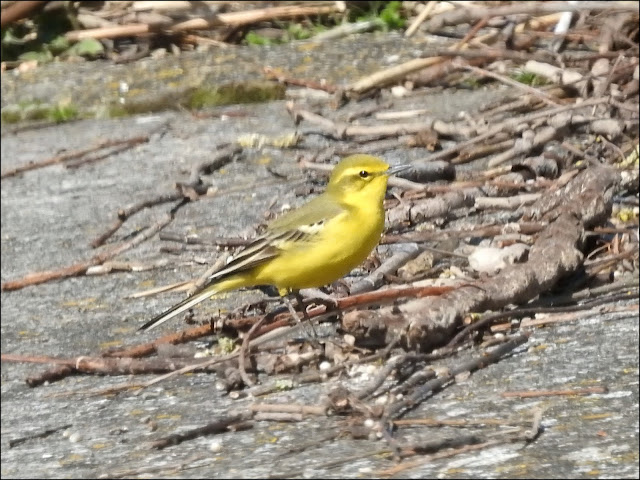 Here's a chap I hoped we might see, a Yellow Wagtail. Again a good name, except that there's also a Grey Wagtail and a rarer Citrine Wagtail that also look yellow. You only see Yellow Wagtails here as they travel through; they'd really prefer a pasture with cattle on it and lots of attendant insect life. As always there were other birds we'd hoped to see, but here's what we did encounter:

As that was a rather short post we can have some music. Some of you enjoyed the beautiful old Irish airs, played by Steve Cooney on the guitar, which I featured recently (it's playing now as I write this). But he also has a fine reputation as an accompanist to traditional dance music. So here he is whipping up quite a storm with that incredible fiddler, Martin Hayes.....

Posted by John "By Stargoose And Hanglands" at 19:21