A Pilgrimage and A Pilgrim

As explained in my previous post I like to get out on a pilgrimage to see the bluebells growing wild in the Hertfordshire woodlands every year if I can. And from time to time I find new woods to explore and, rather like the latest records added to a collection (for those who remember such things), each new addition seems the best yet. 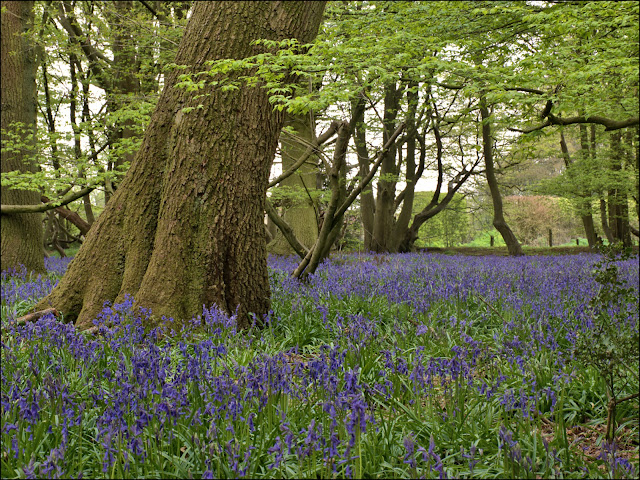 Wain Wood stands just east of the rather well-heeled village of Preston, though in times past both the village and the wood had rather different reputations. And both wholly unjustified as far as we can tell. 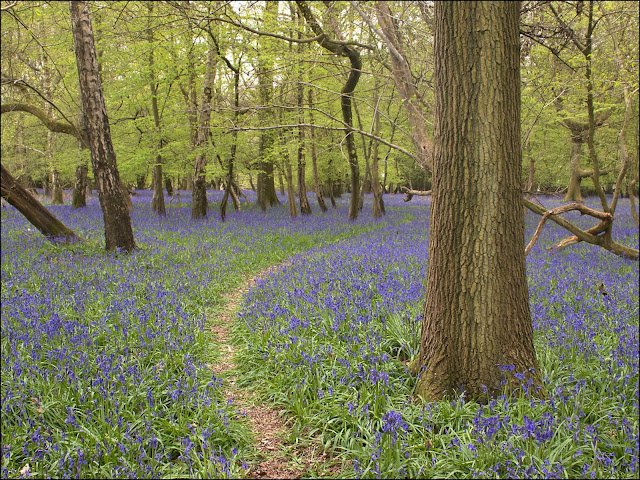 Preston was, until 1900, one of a very few villages in England to have no church. It was considered too small to need one, which is odd because much tinier places elsewhere have churches. Instead it was lumped in with the parish of Hitchin, a good three miles (4.8 Km) distant. Understandably, faced with a six-mile round trip, on foot for most people in those days, many did not attend church on a regular basis. This got the village a reputation for being a godless place. 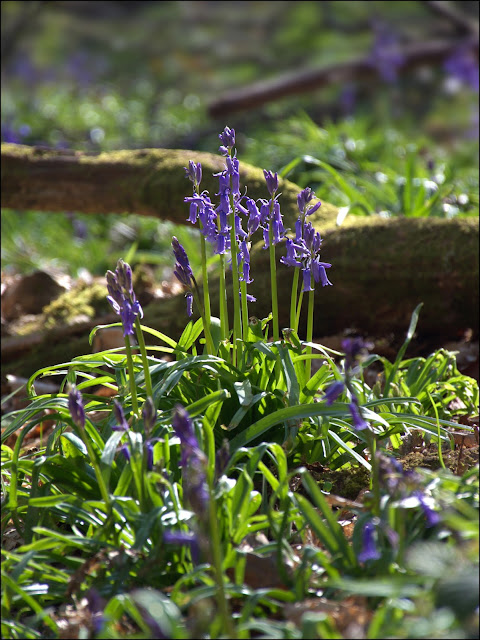 Then there's Wain Wood, the name of which, according to some sources, means a valley inhabited by heathens. Of course it might be named from the waggon-track that ran through it, "wain" being the old word for such a vehicle. 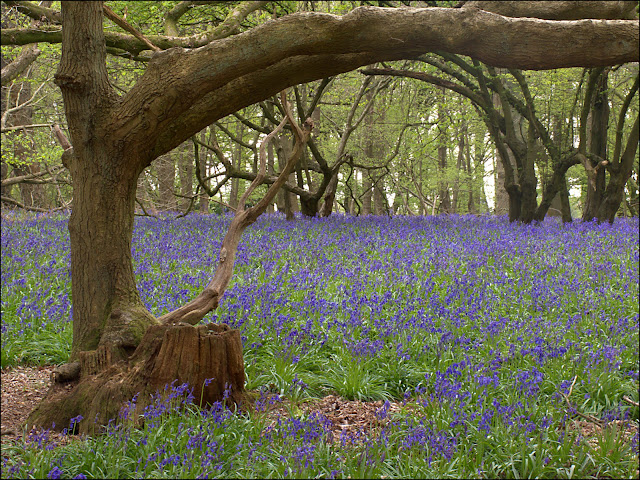 There used to be a village very near to the wood called Wayley - and that's supposed to mean the grove of the devil-worshippers - but that disappeared from the face of the earth in the 1340s, possibly as a result of the Black Death. 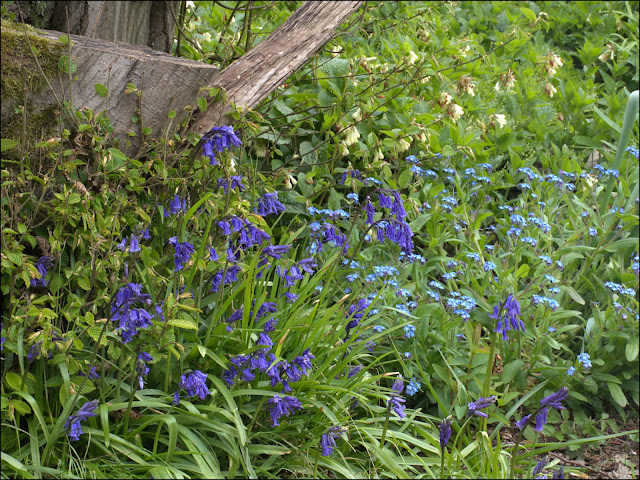 But how can you think of such things when the sun is shining and the bluebells are in full flower? 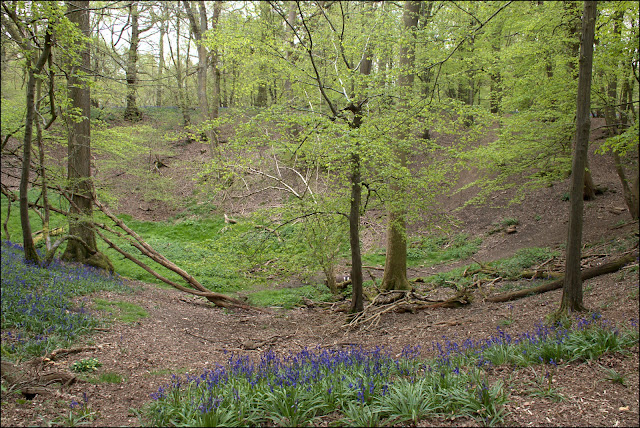 Contrary to all that I've said so far, the people of Preston went to extraordinary lengths, at considerable risk to themselves, to worship when the opportunity arose. As the Church neglected them they turned to those outside the establishment. The hollow shown in the photograph is known as Bunyan's Dell and the non-conformist John Bunyan is said to have preached there to over a thousand people. 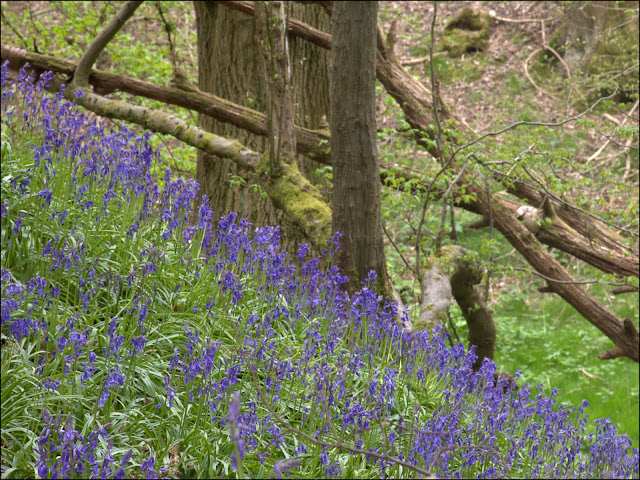 If you've heard of Bunyan before it's probably as the author A Pilgrim's Progress (1678) which he began writing while serving a twelve-year sentence in Bedford jail for "devilishly and perniciously abstaining from coming to church to hear divine service" having held "several unlawful meetings and conventicles, to the great disturbance and distraction of the good subjects of this kingdom". 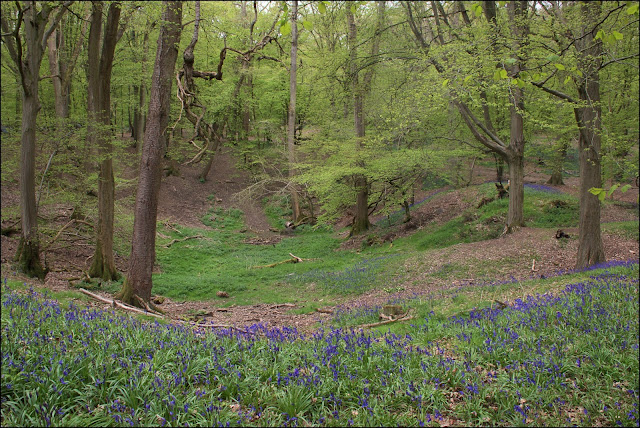 It's interesting to try to imagine this lonely place in the woods on a winter's evening, with the congregation holding candles or rush torches and sentries in place on Tatmore Hill to watch out for any approaching law officers. 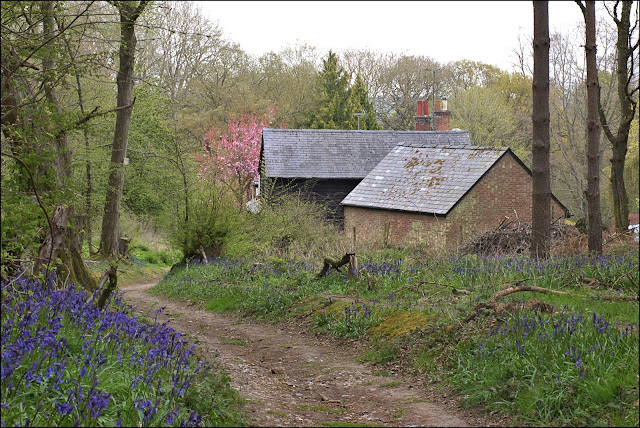 Just down the track from Bunyan's Dell stands Bunyan's Cottage, rather hidden by outbuildings in my photo. It's not known whether it had any real connection to Bunyan, though parts of it are probably old enough. One wonders whether he strolled through these woods while composing his sermons. Or did he ever have to hide from the authorities, at dead of night, in these woods? 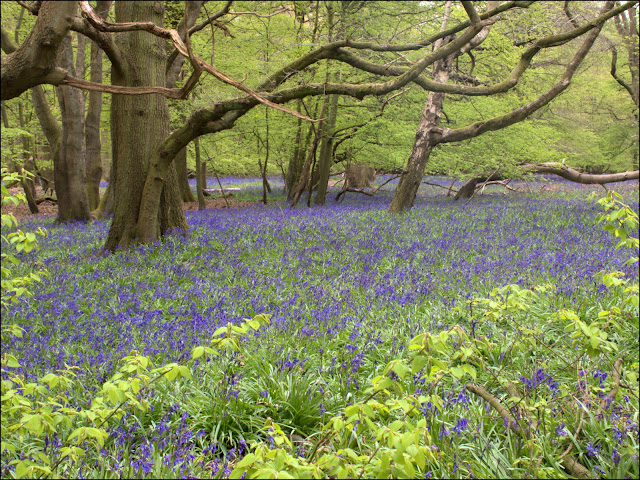 A modern long-distance path, known as Bunyan's Trail, joins together places in this locality that are connected to various events in his life, but for some reason it doesn't pass this way. Well, that's their loss. 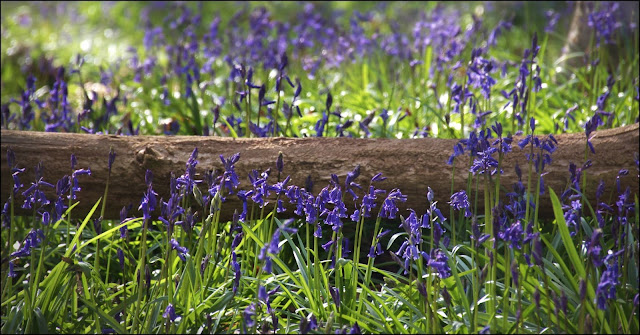 Posted by John "By Stargoose And Hanglands" at 06:10