"To be taken at least once a year in the month of April or early May. Guaranteed to cast things in a more positive light. Warning: highly addictive; may contain Bluebells" 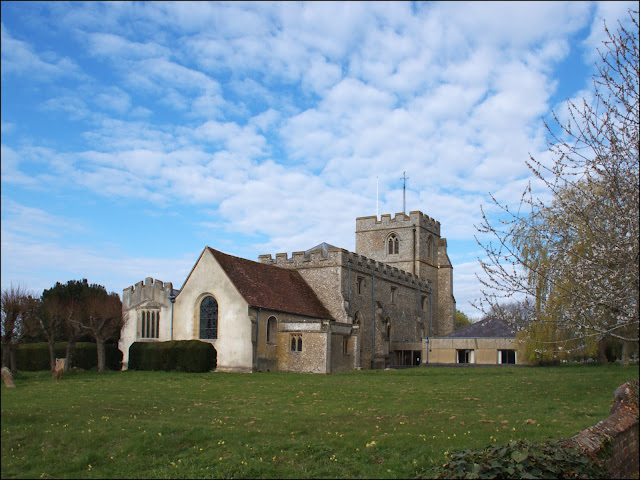 So, here we are once more, in the little village of St Paul's Walden in Hertfordshire, for our annual stroll in the delectable countryside hereabouts, particularly its ancient woodlands. We'll start at the church. 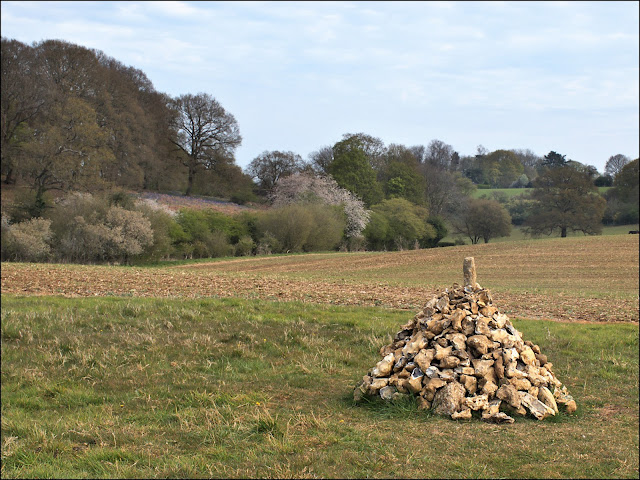 And here's a surprise: a cairn! These structures are common enough in our upland regions, but unheard of down here in the gentle south. Mind you the field here is so stony that there's plenty of raw material for construction. Over there on your left is Hitch Wood, where we'll shortly be making our way. With the eye of faith you might even make out the faintest tinge of the bluebells beneath the trees. 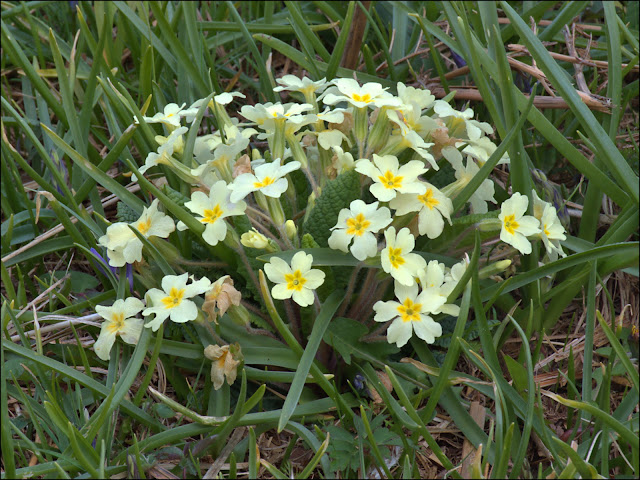 But first here's a nice posy of wild primroses, the "sweet prim-a-roses" that feature so often in the old songs of southern England. 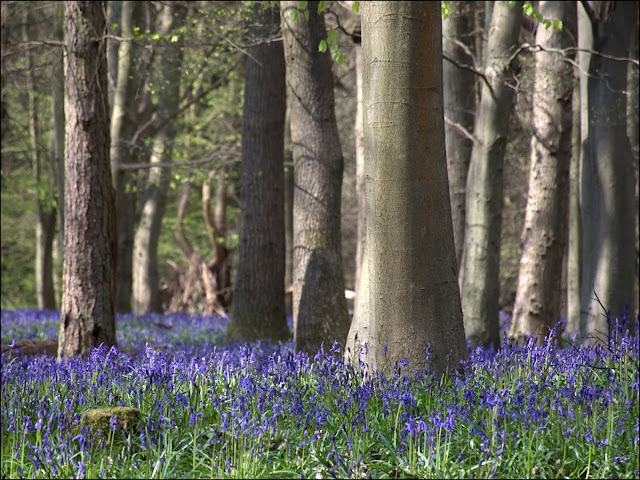 And after crossing a minor road here we are in the wood itself with its carpet of bluebells. A series of winding, scenic paths has been made through the trees to show you the best of the floral display and save people trampling all over the blooms. 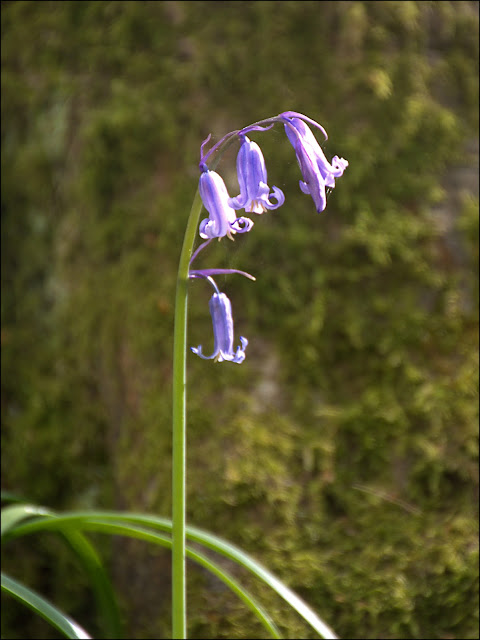 These are English bluebells and, as far as I know, only give such wonderful displays in English woods. Their colour does vary, and also shows differently depending on whether the flowers are in sunlight or shadow. 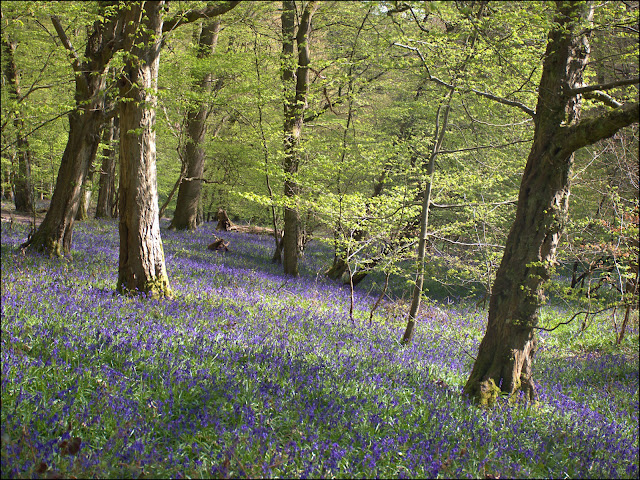 This part of Hertfordshire has many small areas of woodland and nearly all of them have bluebells. I presume that this was once, more than a thousand years ago, one huge wood - what a show that would have been. Hitch Wood is one of the better known ones, being easily accessible with a small parking area, but others are easily its equal. I keep discovering more each year - I'll show you another in the next post. 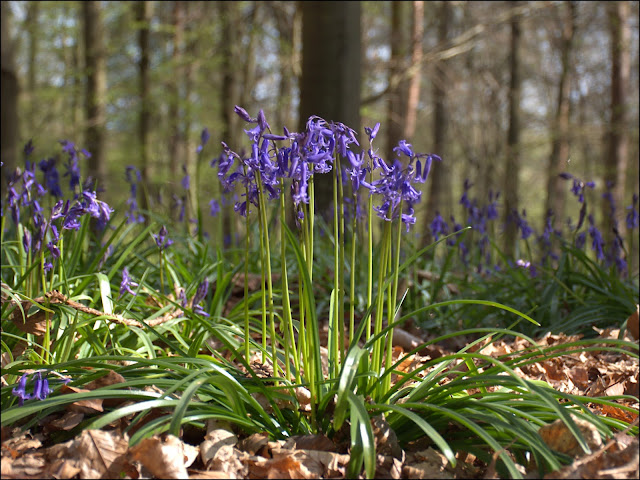 And with that promise we'll push on with our country stroll, for there are other things to see. 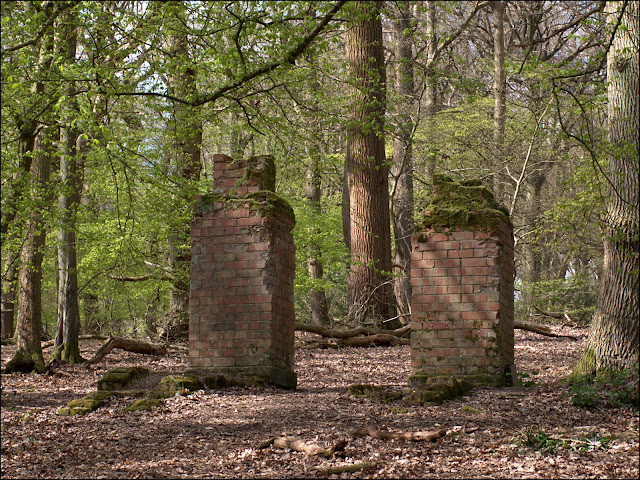 You don't expect to find a series of brick pillars built in the heart of the wood, but here they are. They are relics from wartime when a training camp was set up here, these structures are chimneys from what was once the cookhouse. 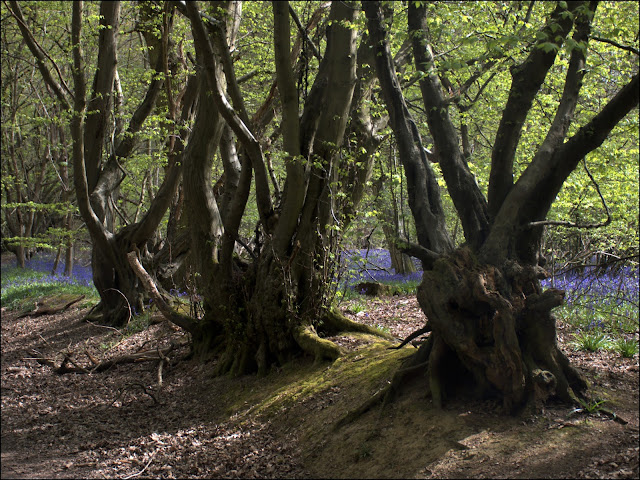 Less obvious to most people is this earthen bank which marks the side of an old road. There was once a hedge on top of the bank and those twisted, gnarly trees are what remains of the saplings whose branches were partly cut through and interwoven to produce a living, stock-proof barrier. When farmworkers in this area spoke of the task of "hedging" this is what they meant; a far cry from suburban gardeners trimming their privet hedges with power tools. 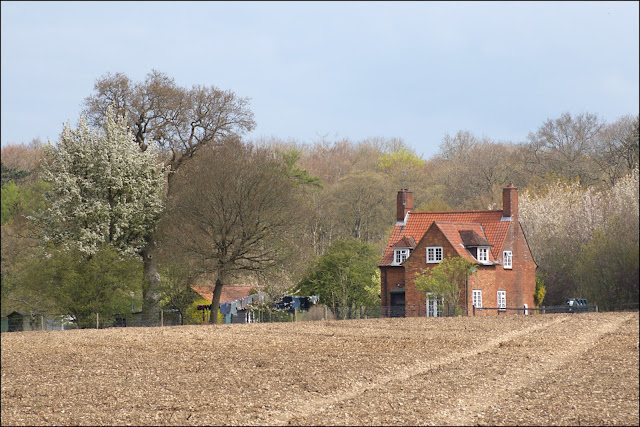 Out of the woods for a short while to pass this isolated farmhouse. The official footpath here goes across the field and the farmer has marked the route to take by driving his tractor across to make ruts for you to follow. 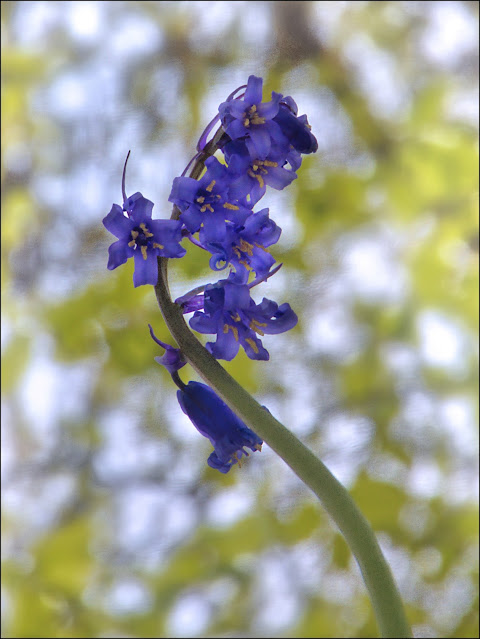 At about this time I remembered that I'd packed my acrylic mirror in my rucksack to take some worm's eye views of the bluebells. Plastic mirrors apparently have a funny effect on out of focus backgrounds, but I'm still pleased with the result. 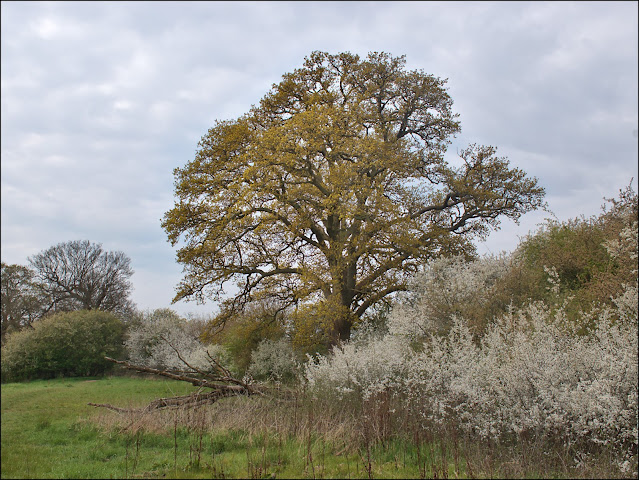 The path then led through fields with hedges full of blossom and trees coming into leaf before we descended into a short section of old sunken lane. 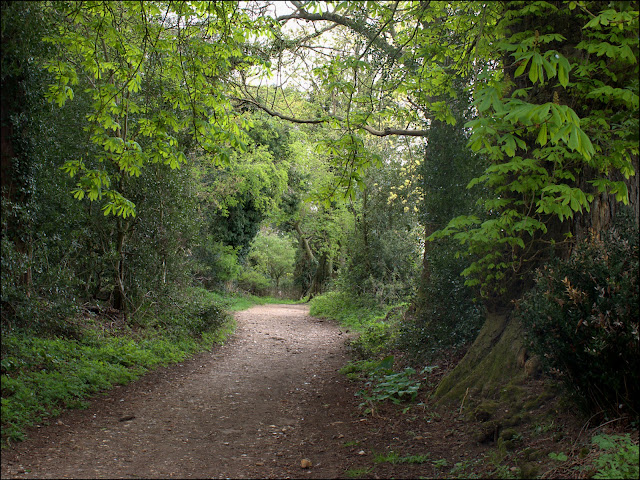 We're on part of the estate of St Paul's Walden Bury, home of the Bowes-Lyon family and, of course, childhood home of the Queen Mother. 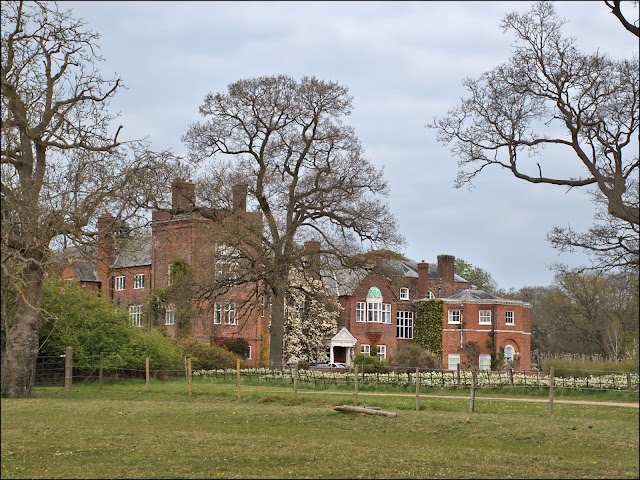 And here is their stately pile, or at least one of them; they also reside at Glamis Castle. The present head of the family, the 19th Earl Of Strathmore is a man who only seems to get his name in the papers by getting into trouble with the law. 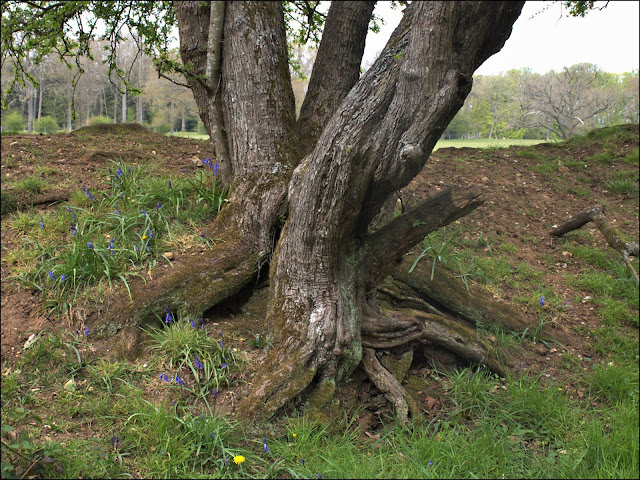 Whatever else you may say about him, he has some picturesque tree-stumps on his property. (Actually it's Sir Simon Alexander Bowes-Lyon who lives here - see Rosemary's comment below). 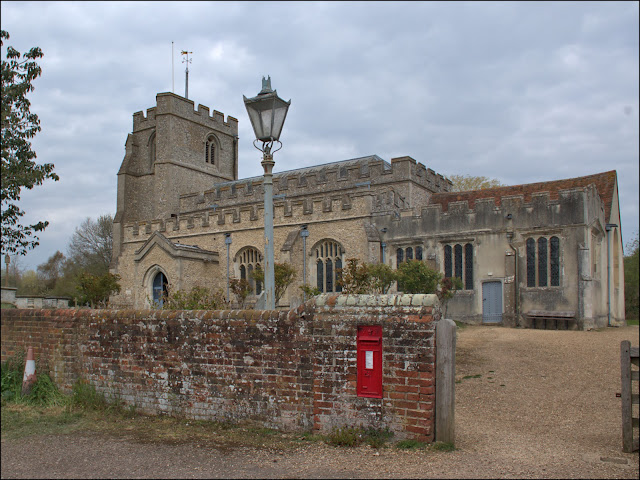 And that brings us neatly back to the church where we began our wanderings. Now I'm off to another wood that I'll show you in my next post.

Posted by John "By Stargoose And Hanglands" at 12:33