Paxton Pits Nature Reserve follows the same pattern as many in this area:
- riverside sand and gravel beds that were exploited for use in building.
- the exhausted pits soon fill with water to form lakes.
- wildlife moves in, birds and fish find the lakes and trees and plants take over the abandoned land.
- formal recognition as a site for nature leads to provision of paths and facilities such as bird hides, a car park and small visitor centre. Often funding is aided by the gravel extraction company who wish to improve their public image as they exploit other nearby resources.
Here are just a few photos from our visit yesterday: 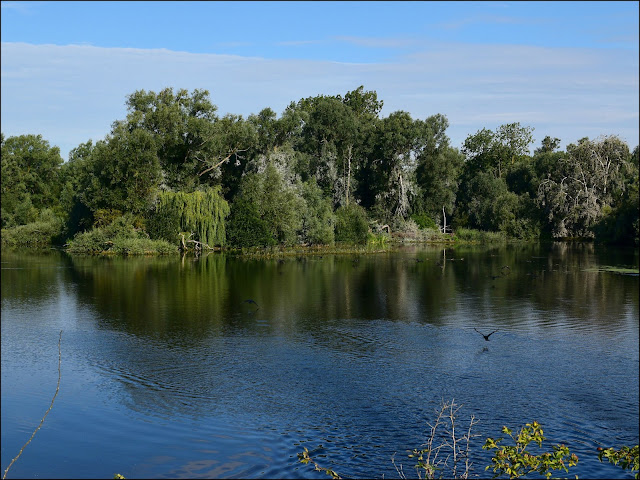 Heronry South Lake
with a Cormorant flying low over the water.
The trees in the background are used as a nesting site by the cormorants,
you can see they are "decorated" with the birds droppings. 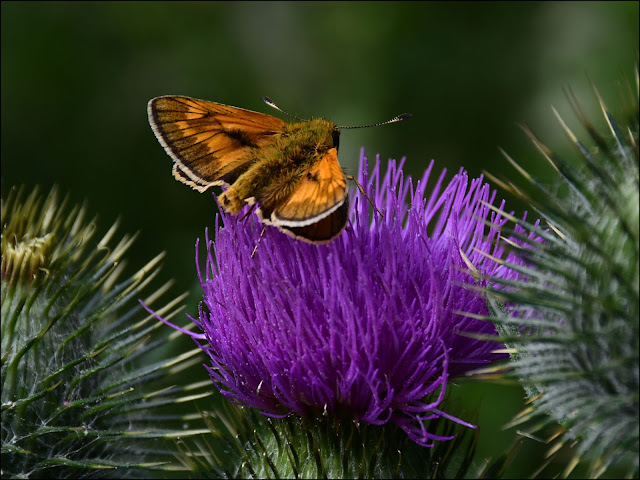 I'm reasonably confident that this is a Large Skipper butterfly.
Despite its name it's not very big at all.
It's quite a common butterfly, but one that passes under the radar of many people. 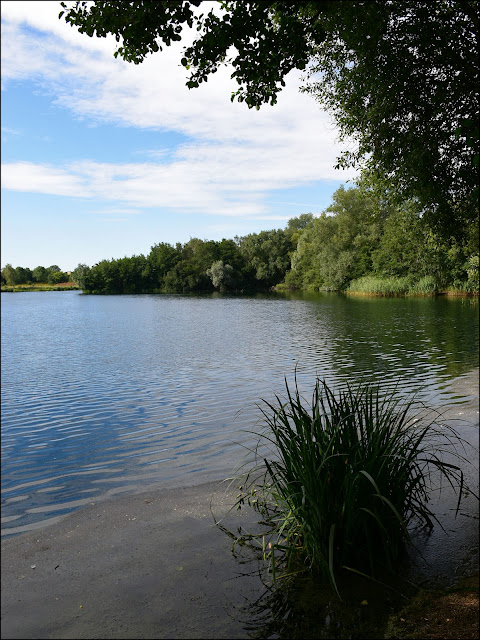 The Sailing Lake
Despite being used for sailing it's a good place to see wildlife,
especially its island and the woodland surrounding three sides of the lake. 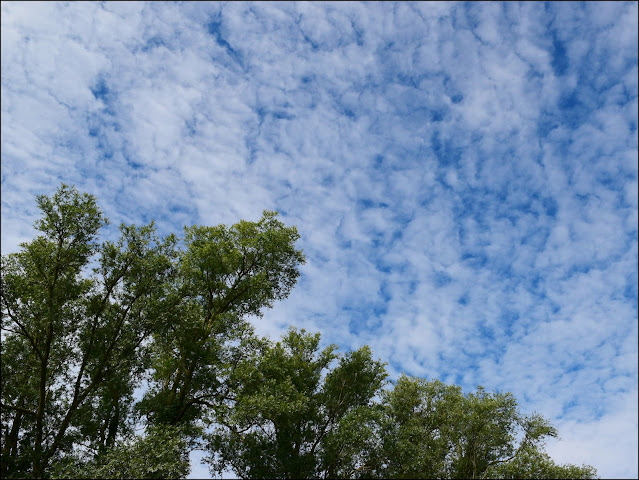 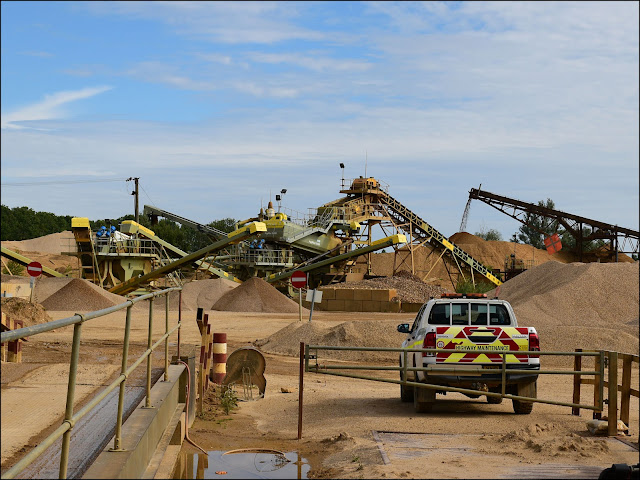 Part of the site is still occupied by a sand and gravel works.
It's not obvious from most paths on the reserve and doesn't seem
to bother the wildlife. 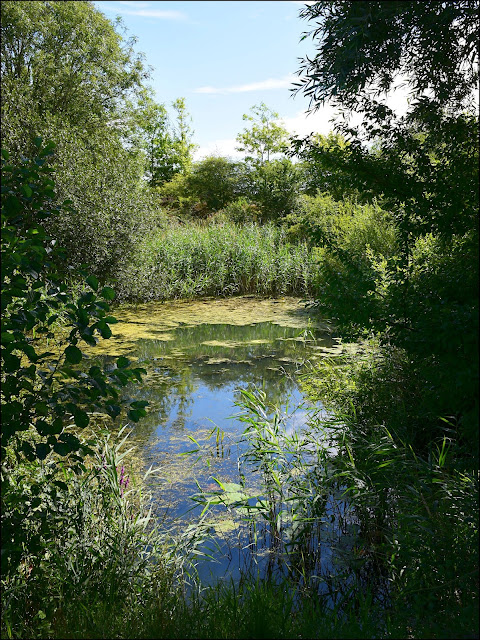 Cloudy Lake.
It's rather larger than it appears here. 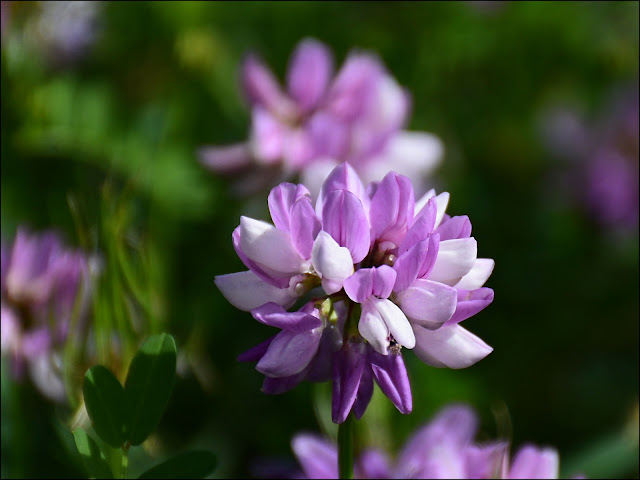 Crown Vetch
This robust plant has taken hold along the haulage road used by the gravel lorries.
It's not native to these shores, having been introduced from
the Mediterranean countries as a garden plant.
It's considered an invasive species in many US states,
but is not covered by legislation here. 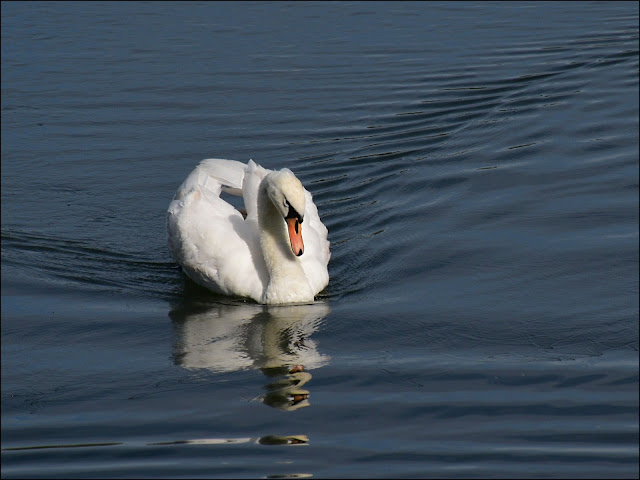 A Mute Swan giving me the "evil eye"
on the Island Pit. 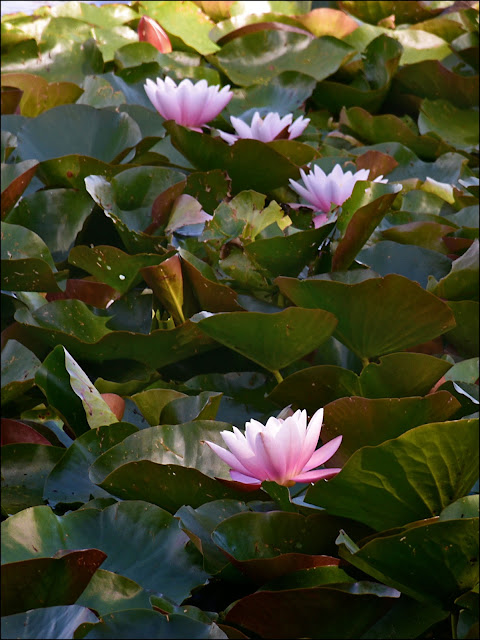 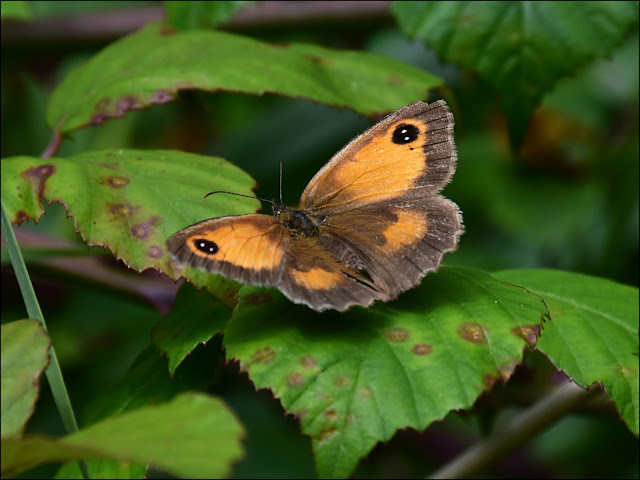 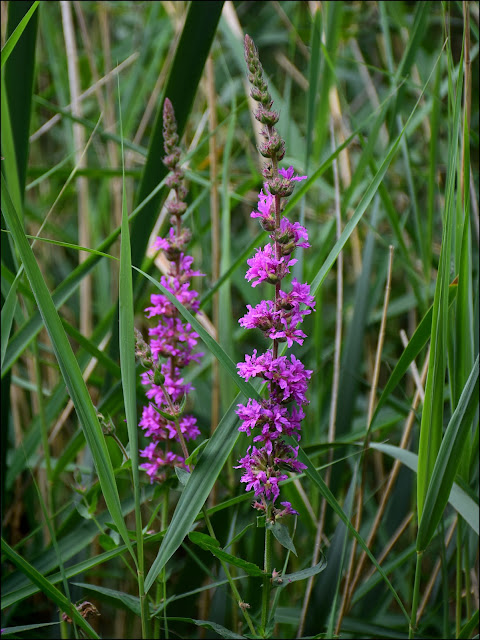 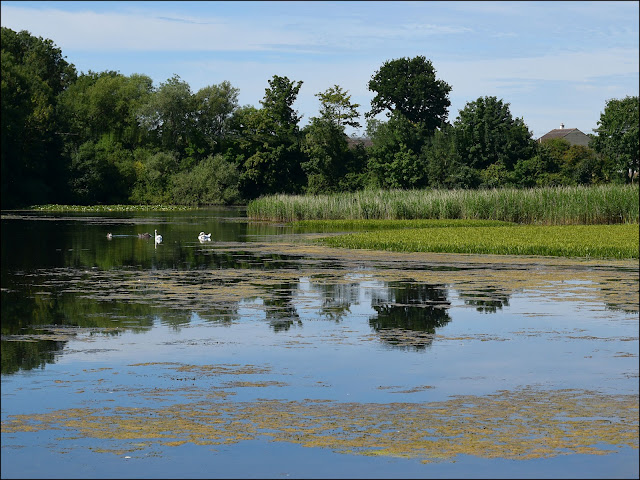 Hayling Lake.
There are many old pits in the complex - more than I've mentioned here -
and they are managed for many different uses.
This particular pit is popular with anglers.
*******
Time for some Friday music.
This has been on my playlist for a while now.
Birds Of Chicago are led by JT Nero and Allison Russell (the couple on the right in the video).
Joining them are guitarist Steve Dawson and
Rhiannon Giddens on banjo and vocals.
Take care.
Posted by John "By Stargoose And Hanglands" at 08:01