Back To Fen Drayton Lakes

On Tuesday my brother and I paid a visit to the RSPB's Fen Drayton Lakes bird reserve, the nearest reserve to Les's home. 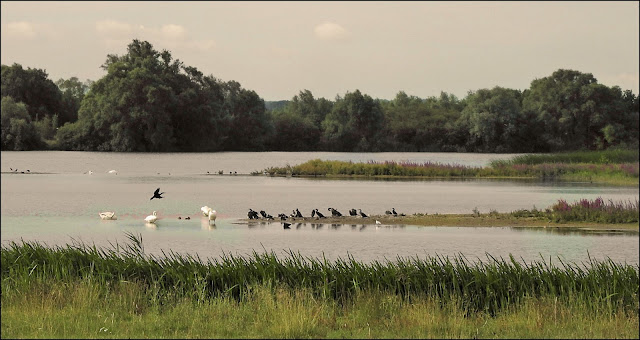 The RSPB are re-opening their sites, though places like Fen Drayton Lakes have never really been completely closed as most of it is accessible by public footpath anyway, and these have been open all the time. The hides are still closed off, which persuaded us to take a different route from our usual circuit. 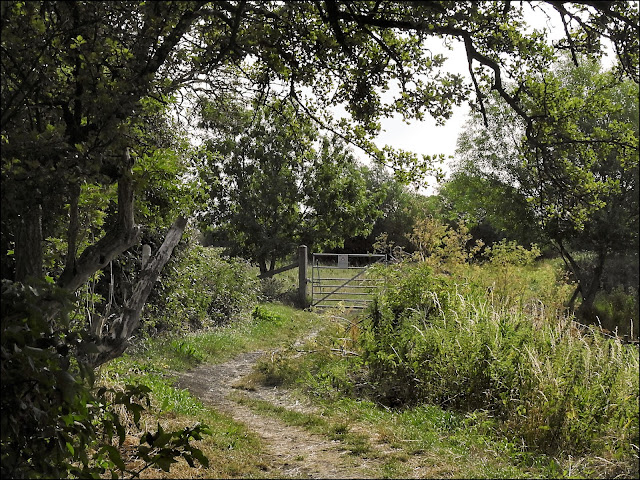 The area was once exploited for its sand and gravel, like much of the valley of the River Great Ouse. The flooded pits were discovered by passing birds long before the RSPB took over the site, and I used to come here in those days, walking in by footpaths and along the abandoned railway from Swavesey or St Ives. 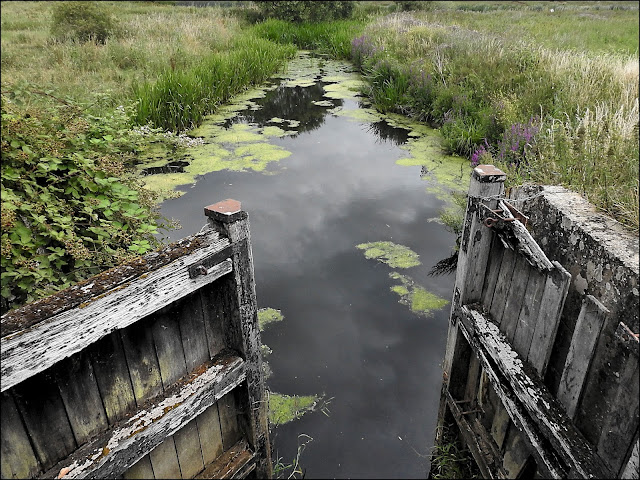 I think these "lock gates" were put here so they could be closed when the river level rose to stop the floodwaters inundating the gravel workings, but I've never found out whether barges were ever used to move the quarried materials away. Whatever their original purpose they seem no longer "up for the fight". 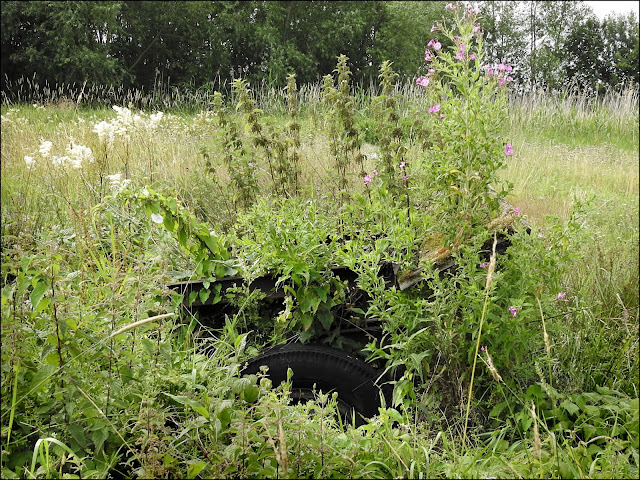 .....neither, by the look of it, is this old abandoned trailer which is almost submerged by the wild flowers and weeds. 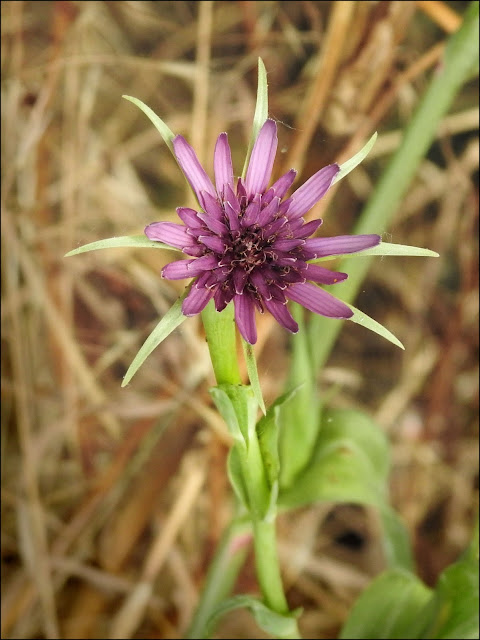 The plant pictured above is Purple Salsify, which was originally brought into the country as a garden flower. Its root can also be eaten as a vegetable. Although it is, I suppose, an invasive species, it's one that's been here long enough to be regarded as a native plant by most people. Like its close relation, Goat's Beard, the flowers open up in the morning and close again around mid day, giving both plants the country name of "Jack-go-to-bed-at-noon". 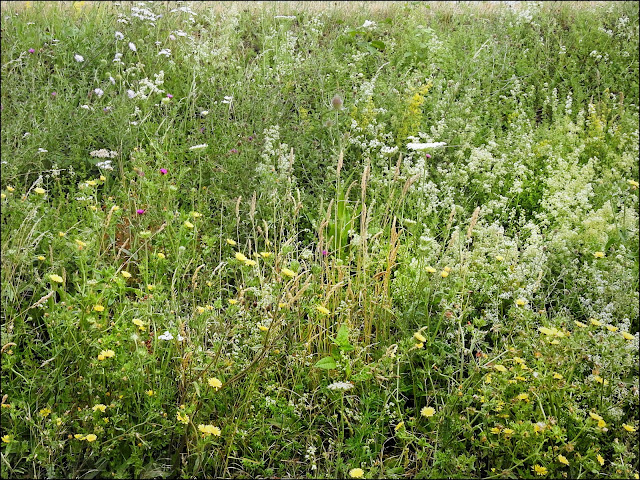 Every inch of the earth banks is a rich medley of plants at this time of year; this is actually alongside the "Busway", a special dedicated route for buses which now occupies the line of the old railway. 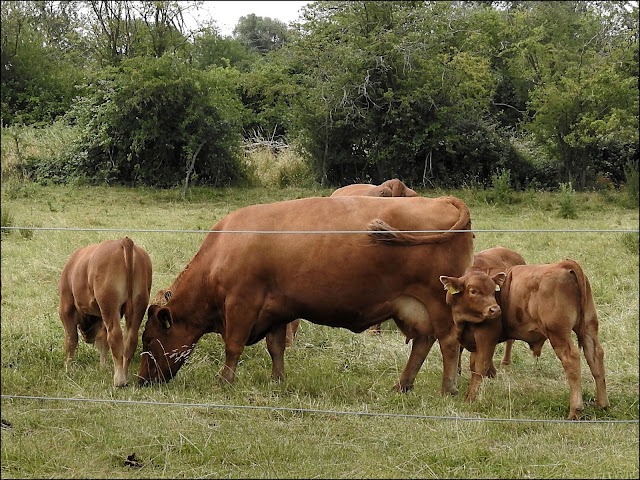 I think these are Limousin cattle which are kept primarily for beef, though this was once an important area for dairying. 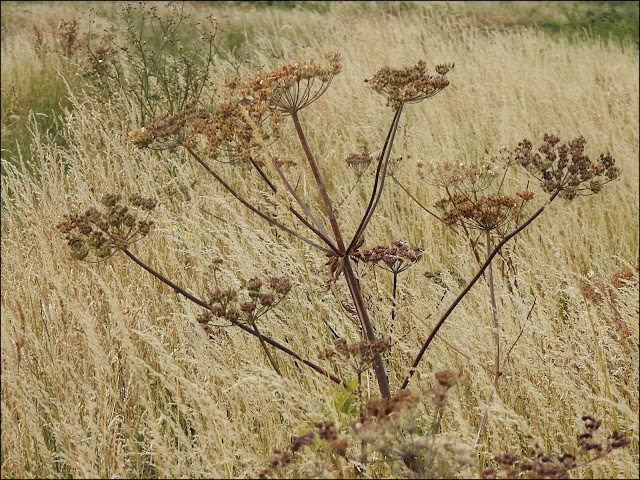 It was very dry here earlier in the year and some of the plants and grasses are now a fine blend of sepia. Of course, now that it should be high summer, endless grey clouds are rolling in from the west. 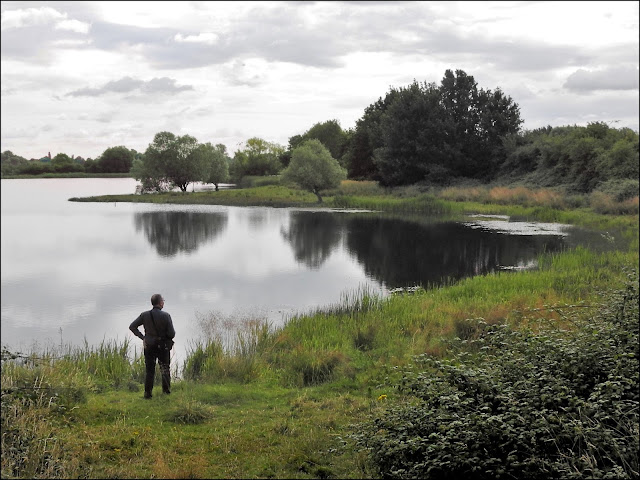 Under cloudy skies the lakes shine like silver, especially on a still day. 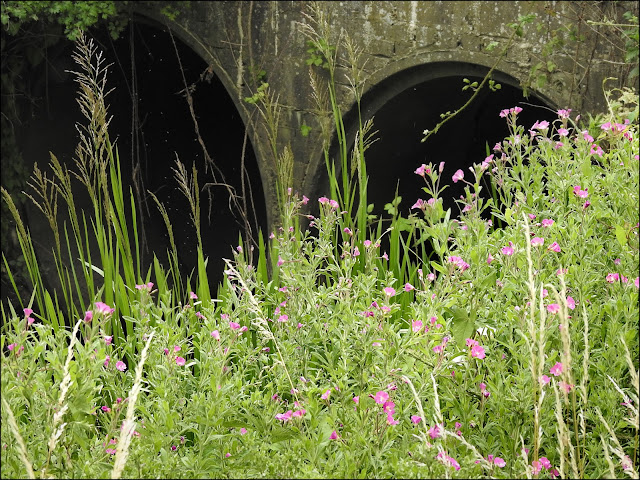 The pink flower goes by the name of Great Hairy Willowherb, which sounds like you could use it as an insult - "What did you do that for, you great hairy willowherb!" 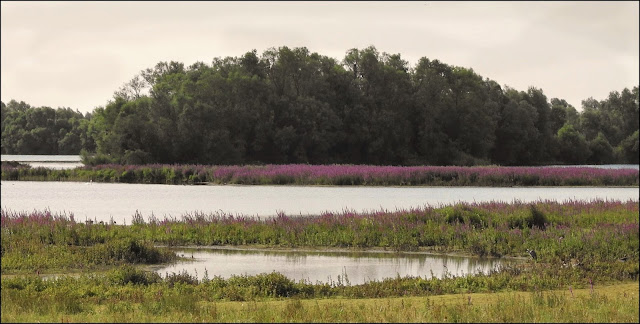