I can't help it! I lived my childhood beside a big field, Dad was a farm-worker and tractors and trailers passed our back gate. 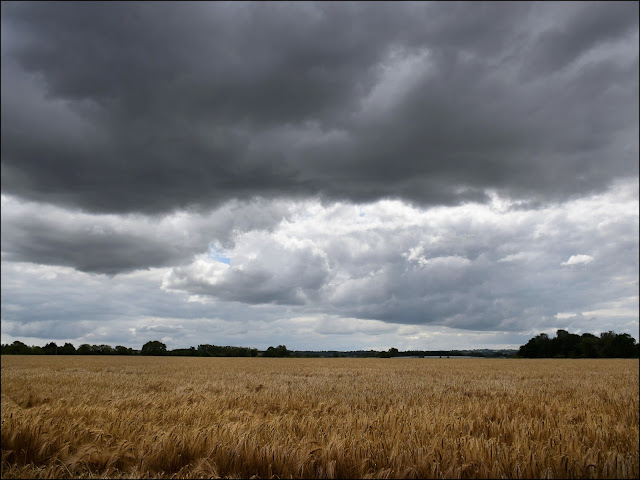 So it's no surprise that I like to be out there in an agricultural landscape, especially at this time of year. The trouble is it's all been looking a bit gloomy lately or, as the weather-man has it, "A series of low-pressure systems has been daisychaining west to east across the country". Very grey and grubby daisy chains though! But then, one morning, it will suddenly look a lot brighter, tempting me to get the bike out of the shed and pedal off in search of some photographs. 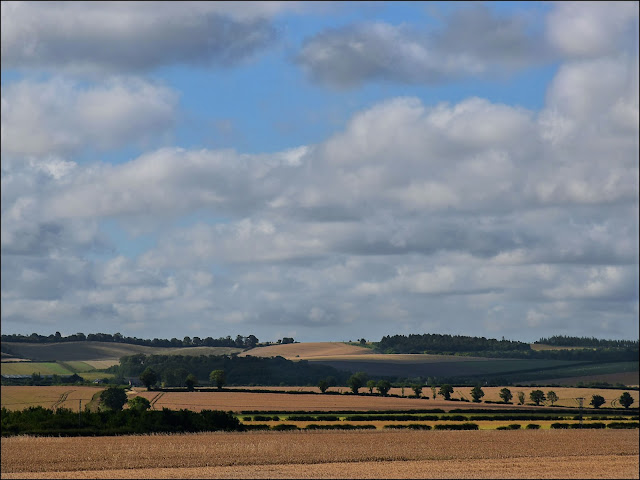 Very flat, Cambridgeshire - and even Hertfordshire which will be on the skyline during most of this ride. But, hey, if the Dutch can have fine landscape painters then I can at least try my hand at showing you the "level hills" of East Anglia. Lots of sky will assist in these endeavours. And I'll probably find some oddities along the way too. 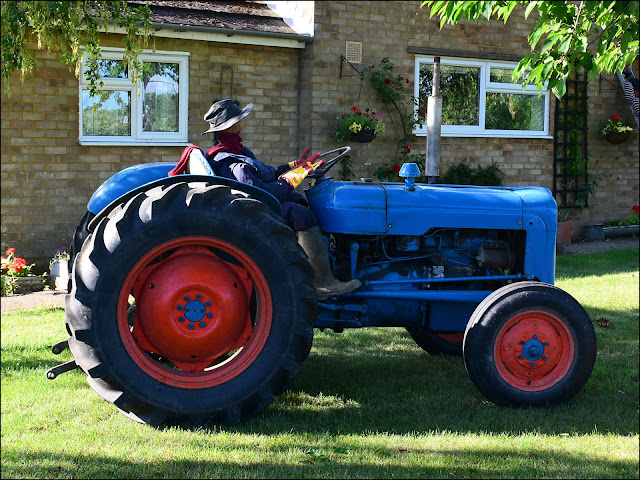 As you may have noticed from the photos you've seen already, the crops are ripening in the fields. No use expecting this chap to help with harvest though, it's just a "scarecrow" made for a festival of such characters in the village of Litlington - just one way to keep families entertained during lockdown. 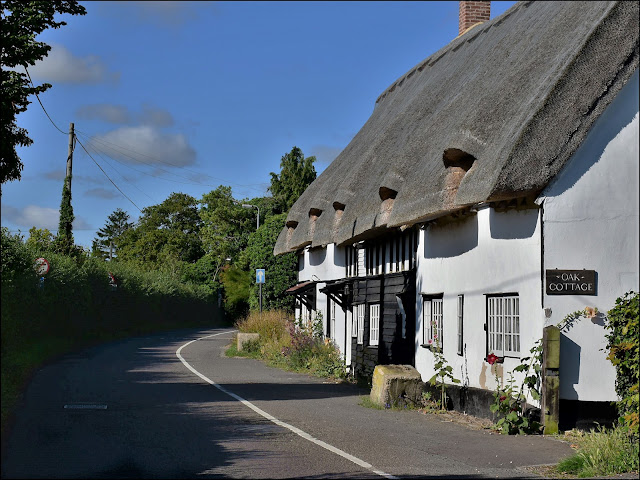 Litlington is one of the few villages I've seen that has a one-way system to get you around its narrow streets. 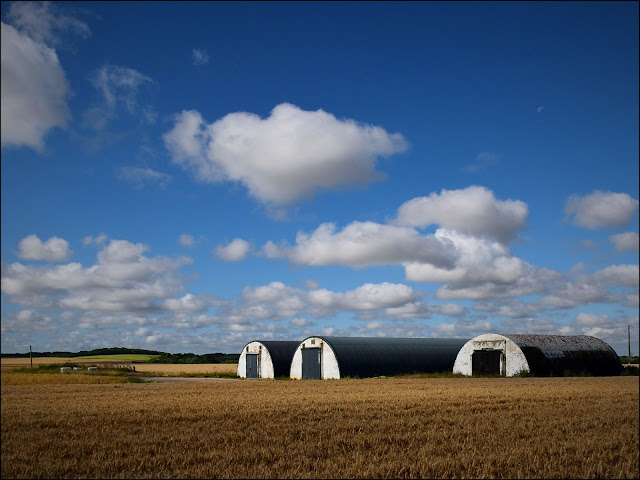 Sometimes this landscape almost has the feel of the Praries. Those three huts are on the site of the wartime airbase at Steeple Morden. 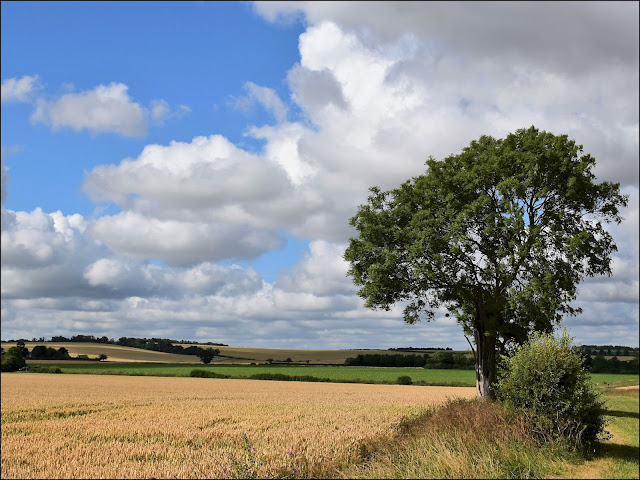 Difficult as this landscape is to turn into pictures, it's the kind of landscape with which I have a deep connection. It means something to me despite the concerted efforts of art galleries and photographic competitions who try to convince me that I ought to be snapping spectacular mountains and silky-soft waterfalls. Yes, I know they're pretty but.... 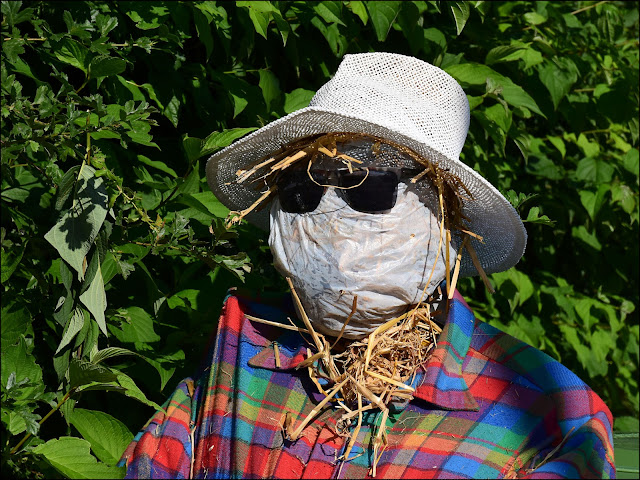 ....I also know that Hollywood stars are photogenic. But they don't mean as much to me as the real people I grew up with - or even the odd crazy scarecrow. I used to make things like that when I was a child. It's all tied up with memories. 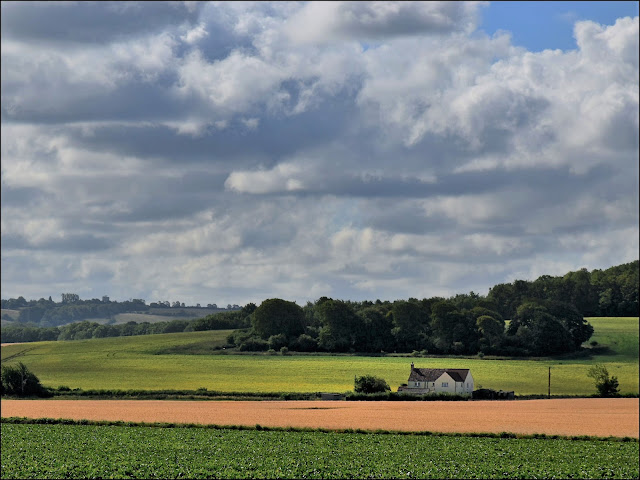 I'm also aware of some of the faults of this way of land management; it's often regarded as an environmental disaster. But it's a constantly encouraging to see how much it can be improved by just a few simple changes like allowing hedges to grow up, planting small woodlands and leaving field edges to do their own thing. These ideas are slowly taking hold. 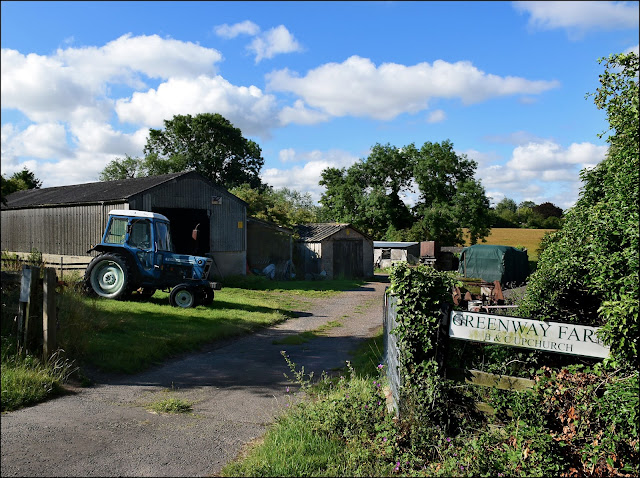 I like to see into working farmyards. I saw quite a few elderly tractors on my travels - and I think I know why and I'll probably tell you next time. 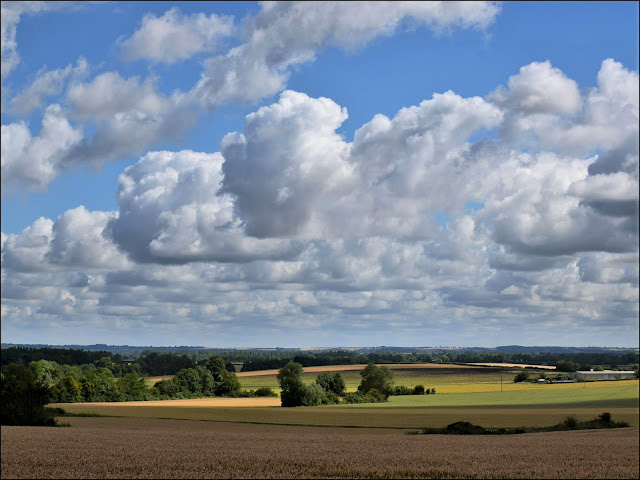 Plenty of people were out exercising on their bikes. They all sped past me, of course. I hope they glanced up from time to time to see where they were. 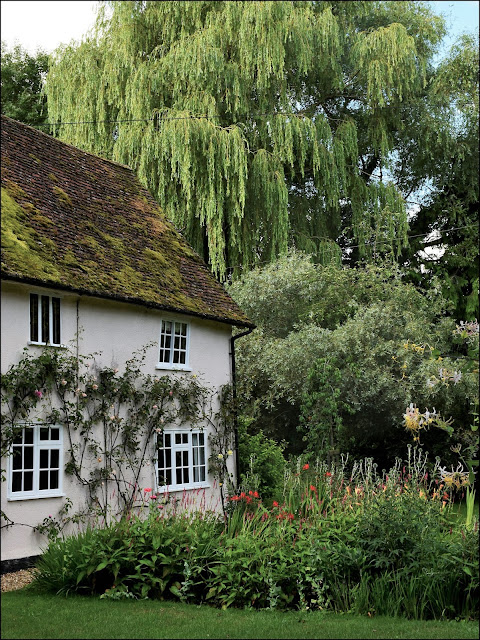 There are some idyllic homes scattered about this countryside, many of them are former farmhouses. They are no longer required as farms amalgamate into bigger and bigger enterprises, but there are always plenty of people with large wallets willing to snap them up. Which is just as well because otherwise much of our rural heritage would soon become derelict. 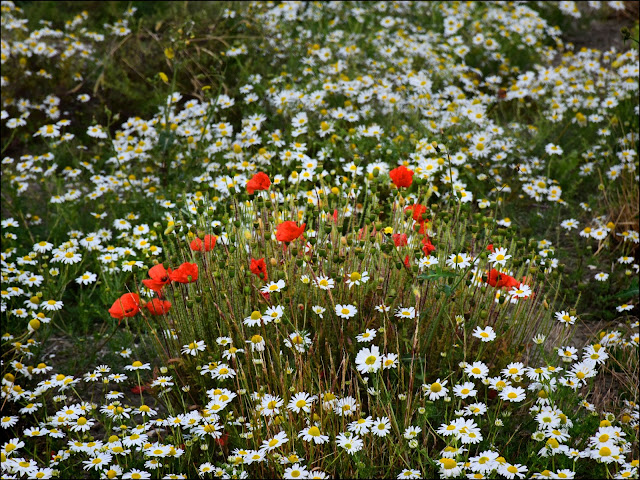 This is what happens when farmers don't cultivate the edges of their fields - wildflower gardens! No one's planted these, the seed is there in the soil just waiting for its chance. 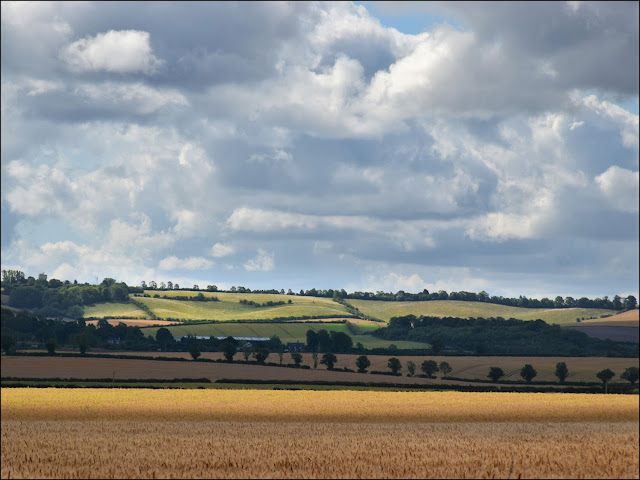 And with that thought I'll make my weary way back home and put the bike back in the shed.

Posted by John "By Stargoose And Hanglands" at 06:41