According to the clock it's still not even mid day so there's time to explore a little more of the town of Hertford which we began in the previous post. 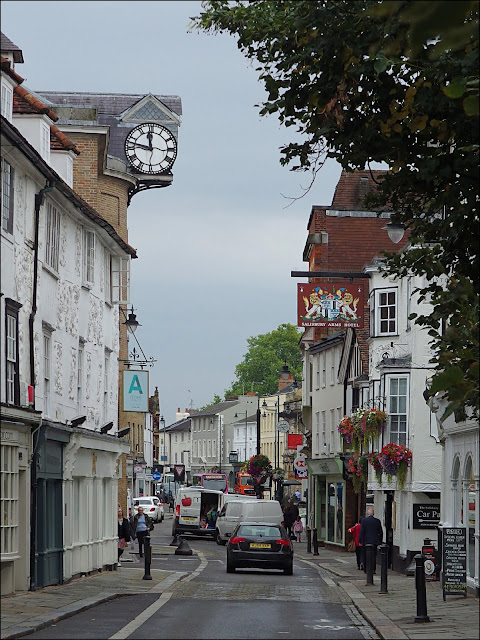 Looking down Fore Street with the eighteenth century Salisbury Arms Hotel on the right. 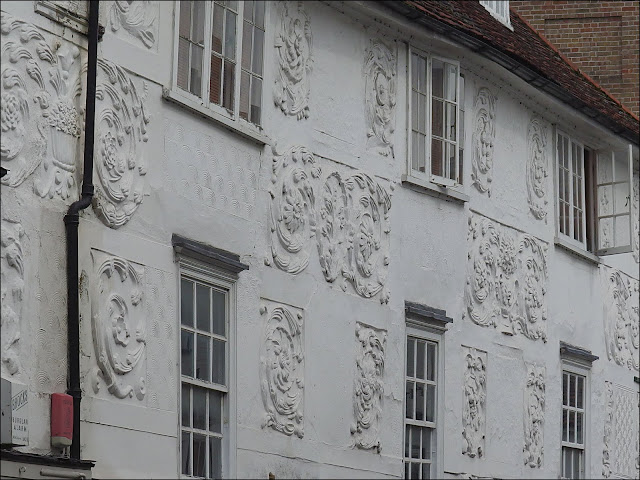 Opposite The Salisbury Arms, which has fine decorative plaster-work itself, stands this even more elaborately ornamented building. They call this kind of decoration "pargetting" and you see lots of it in East Anglia, though mostly on smaller buildings than this. 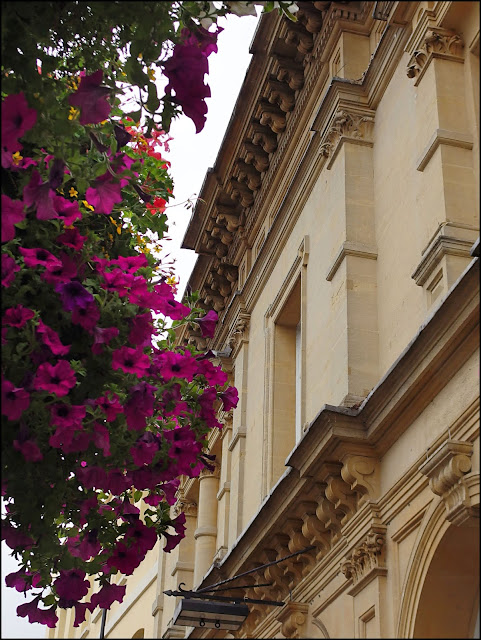 Splendid carved stone on the bank set off by a colourful floral display. 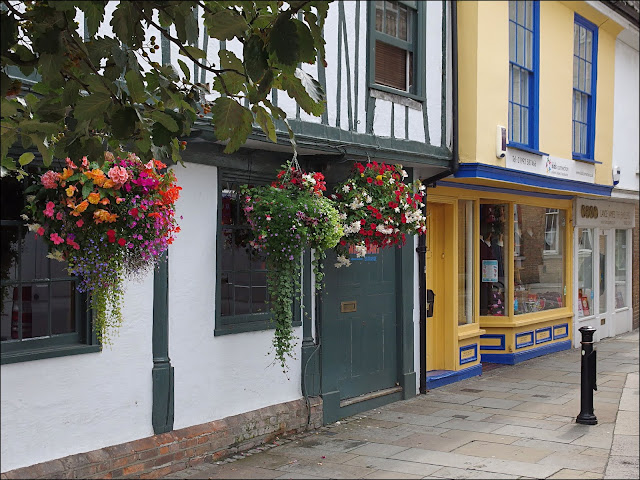 More flowers outside some half-timbered and jettied shop-fronts. 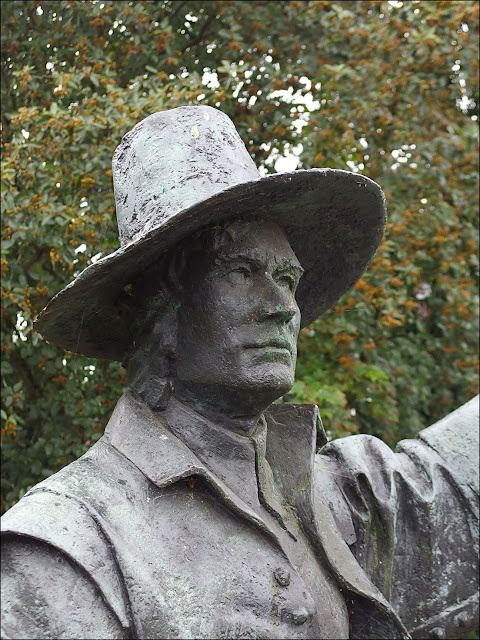 This handsome fellow is Samuel Stone, a Puritan preacher, who, along with his friend Thomas Hooker, founded Hartford, Connecticutt. Stone was born in Hertford, England, in 1602.

He's not the only famous person to have connections with the town: the naturalist Alfred Russell Wallace, who arrived at the same conclusions as Charles Darwin at much the same time, lived here, as did Capt W E Johns, who wrote the Biggles stories. The radical politician John Wilkes came from Hertford. The band Deep Purple were formed in Hertford in 1968. And Rupert Grint of "Harry Potter" fame went to school here. 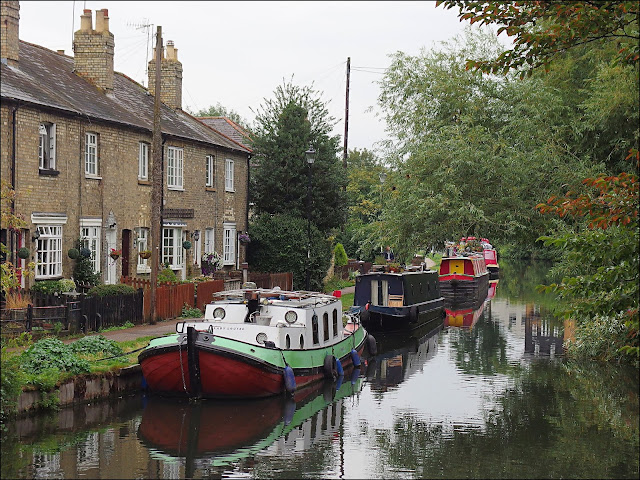 Barges and houseboats line the River Lea, very close to the town centre despite its very rural appearance. 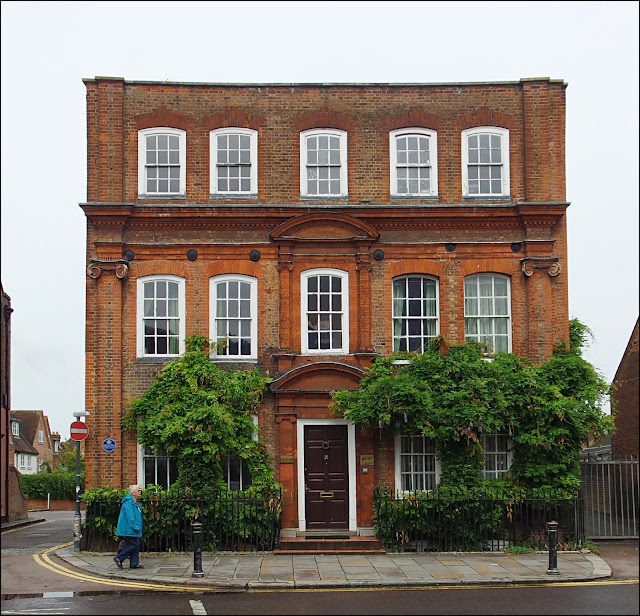 This is Yeomanry House, reckoned by many to be the finest house in the town. It used to be known as Wisteria House, but that name was understandably thought unsuitable when it was taken over by the army in 1910. The Hertfordshire Yeomanry were mobilised here before leaving for Gallipoli. It is still used by the Army Reserve today. 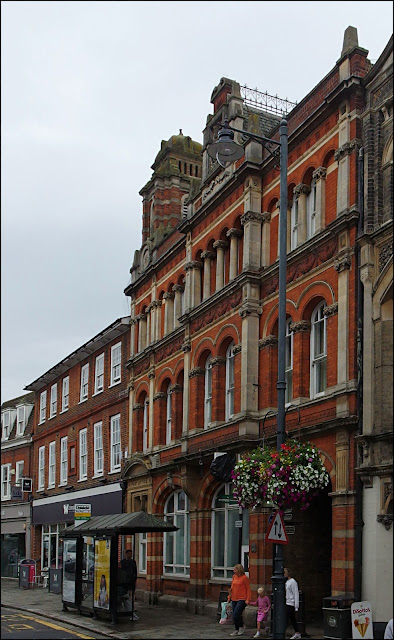 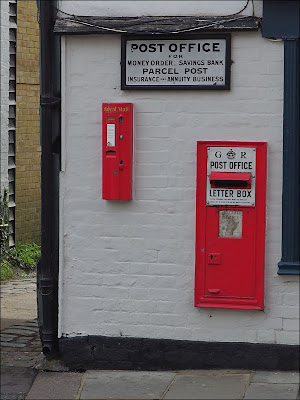 Elsewhere in town there are rather more mundane facilities for posting your letters. 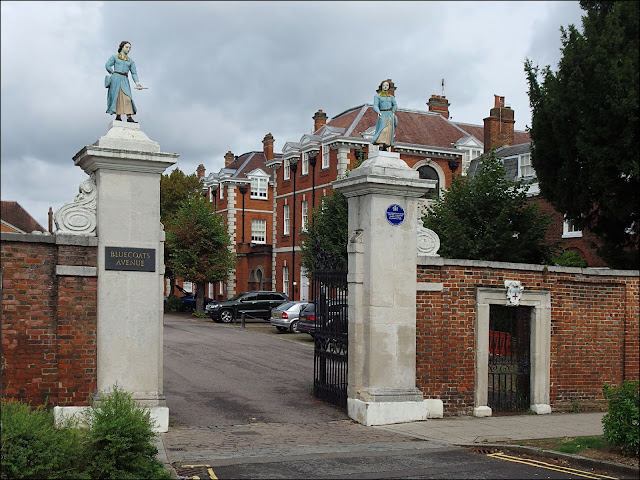 This is the grand entrance to the former Christ's Hospital School. The school was founded as long ago as 1552 and the word "hospital" in this case just meant a boarding school, though one for fatherless children or those from poor families. This site was purchased in 1682 after many of the children had been billeted in the area since the original school was damaged in the Great Fire of London. It served as a girls' school till 1985. It was familiarly known as the Bluecoat School from the uniform they wore. 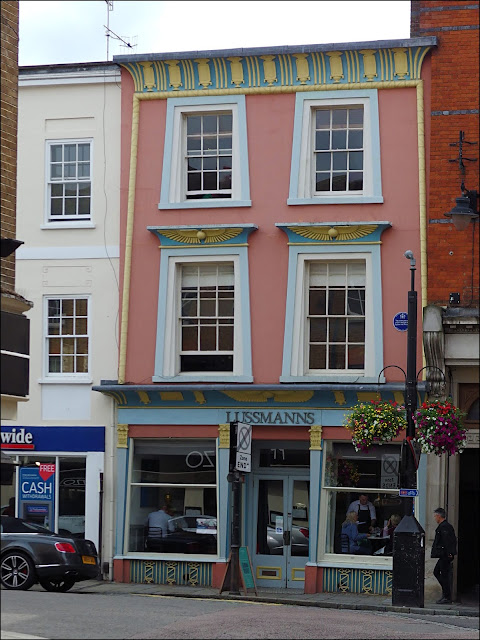 Look hard enough and you can usually turn up some kind of mad architectural ideas in most English towns and Hertford is no exception. The colourful building above is an example of the Egyptian architectural style which briefly flourished in England in the early nineteenth century. 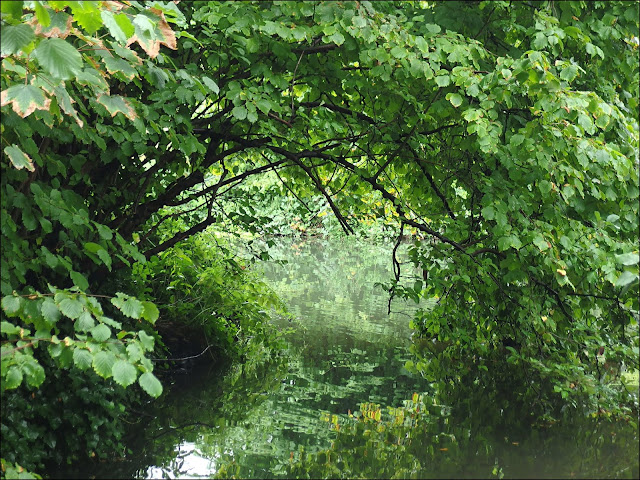 But is there any architecture as sublime as leafy trees overarching a quiet stream?

Posted by John "By Stargoose And Hanglands" at 06:49