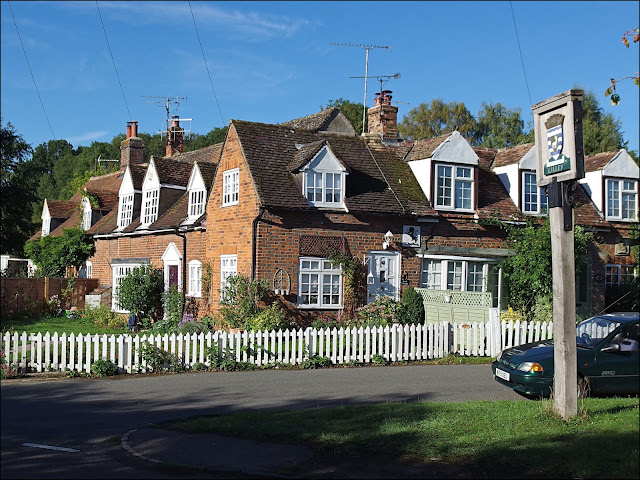 Monday's walk started at the village of Lilley in Hertfordshire. It wasn't till recently that I realised that it was served by a bus service and therefore opened up new possibilities for walks. 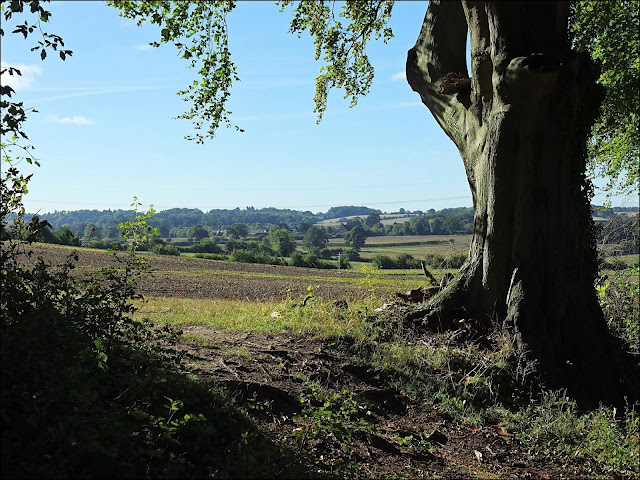 A short sharp climb from the village led up onto the ridge known as Lilley Hoo. It was pleasant enough walking but views were largely blocked by hedges and plantations till I reached Telegraph Hill. The name is nothing to do with modern communications but dates back to the Napoleonic Wars when it was part of a network of signalling stations across the country. Men were stationed atop prominent viewpoints and passed messages from hilltop to hilltop with astonishing speed - as long as it wasn't foggy! 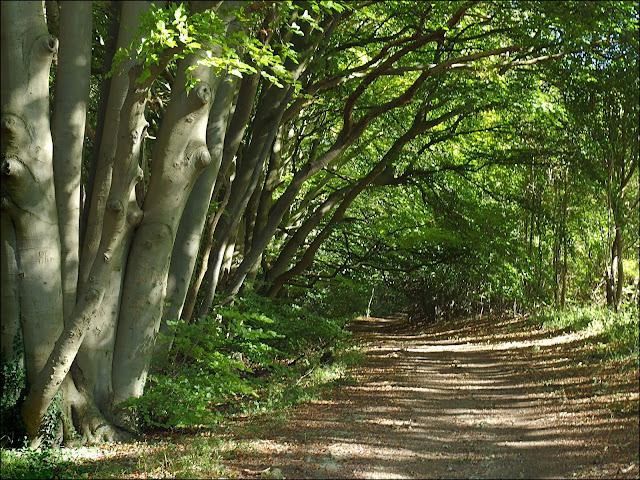 We're now in the Chiltern Hills, or at least an outlier of them. Most people know the Chilterns in Wiltshire, Oxfordshire and Bedfordshire, bit few realise there's this little bit to the east of Luton. The whole ridge is formed of chalk which is composed of microscopic marine life which died and sank to the bottom of ancient seas some 65 to 95 million years ago. We should get some super views once we've passed through this beech wood. 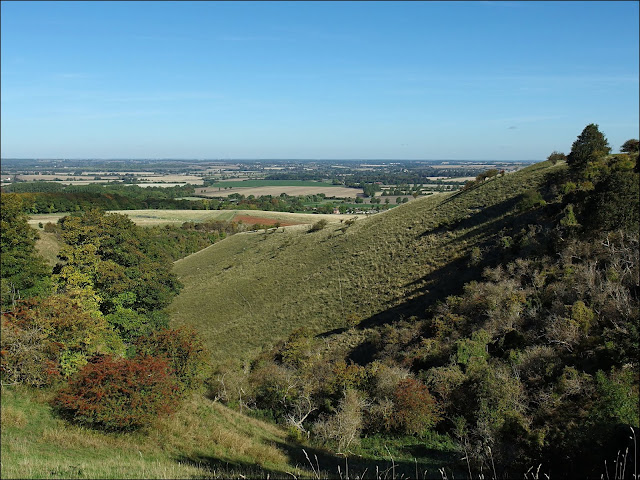 This little section is Pegsdon Hill. Quite apart from the views it's also rich with wildlife, especially during summer when there are many orchids and butterflies to be seen. Expect a visit here next year! 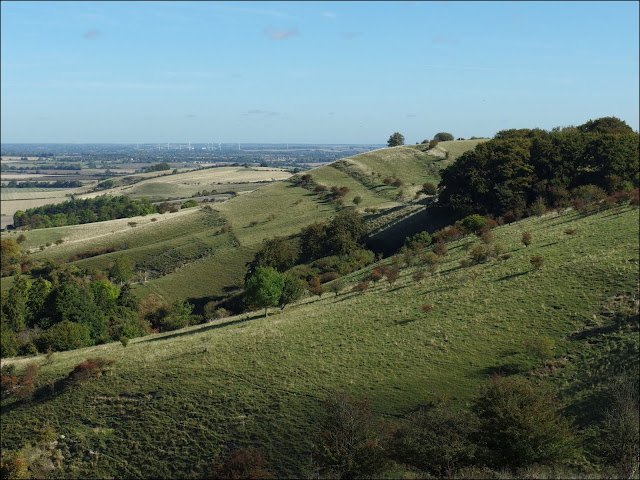 It's easy walking along the top and was used as a major routeway by Iron Age people making their way across the country. We don't know if they had a name for it but at some time it became known as the Icknield Way. 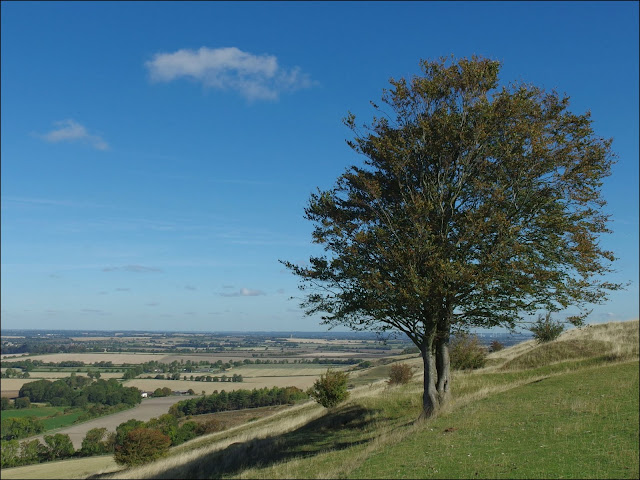 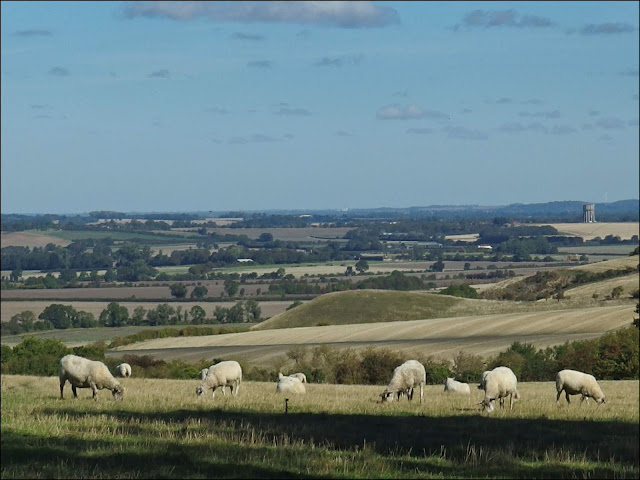 There are many ways to read a map. With practice you can almost envisage the landscape from a detailed map, but how about reading it as poetry? Place names on today's map include: Mazebeard Spring, Tingley Wood, Brogsdell, Cloudhill Farm, Muzzleford Wood and Knocking Hoe. 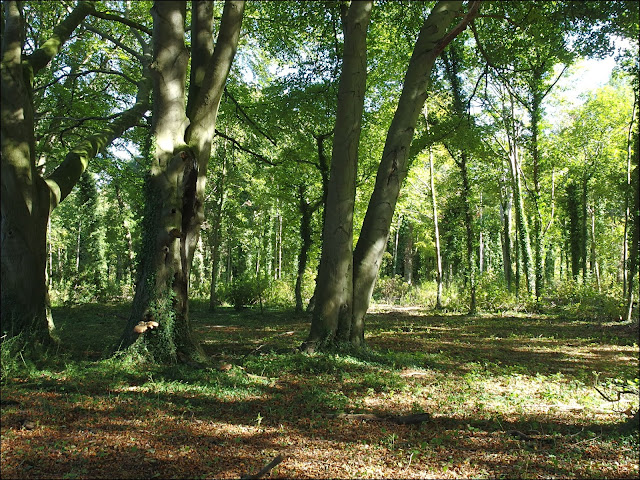 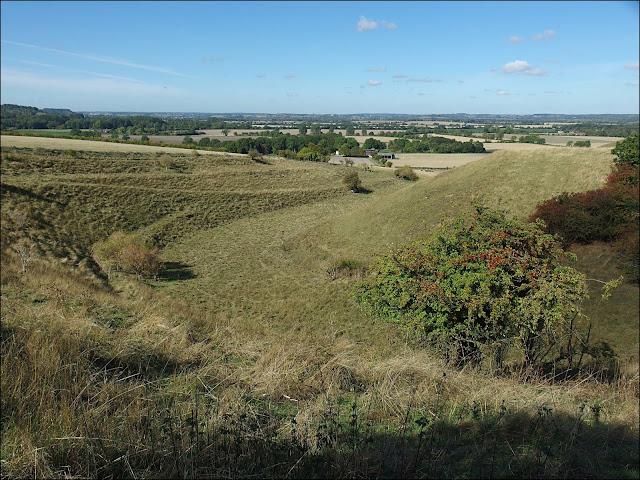 And here's Knocking Hoe, a dry valley which also has interesting plant life in spring. 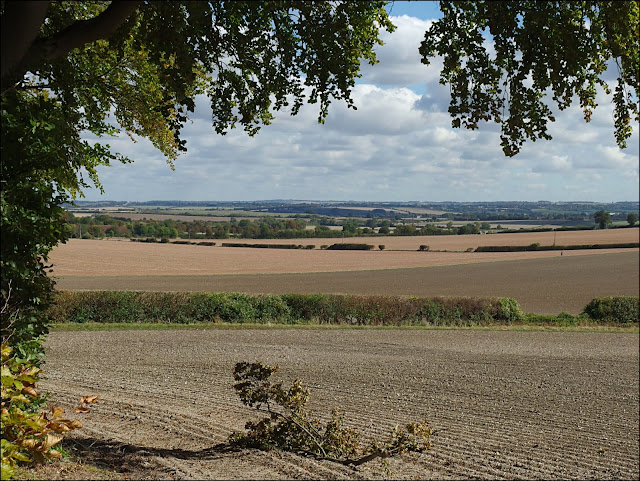 The rest of the walk, undertaken in perfect conditions for walking, would have seemed splendid if not for comparison with what had gone earlier. 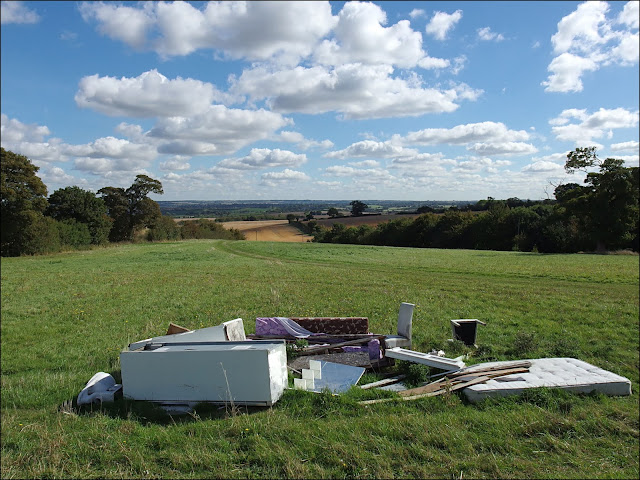 The only sight marring the prospect was this heap of rubbish left inexplicably in the middle of a pretty meadow. Why? 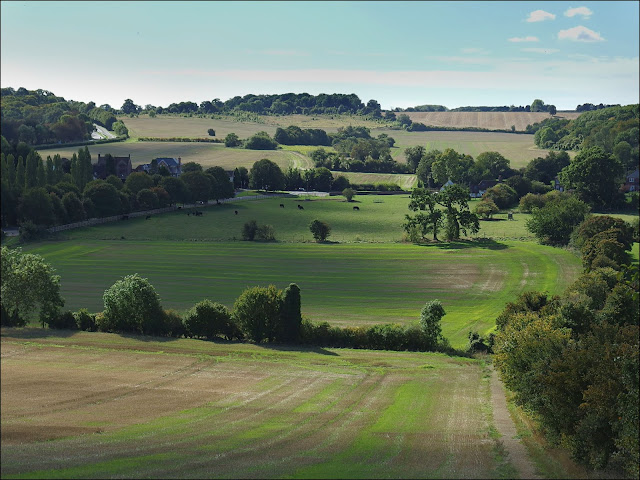 Finally I made my way by Lilleyhoo Lane - now there's a name - then over the hill back to Lilley. ("Lilley in the valley" you might say!)

Take care.
Posted by John "By Stargoose And Hanglands" at 07:38