Excuses To Visit The Chequers

The village of Eriswell would be a nice quiet, out-of-the-way place if it were not being sandwiched between RAF Mildenhall and RAF Lakenheath air bases and having a busy road running through it! But alongside that road stands a quaint little pub, The Chequers, which does very tasty food as my brother and I discovered a few months ago. Now what reason can we find to drive over there again....? 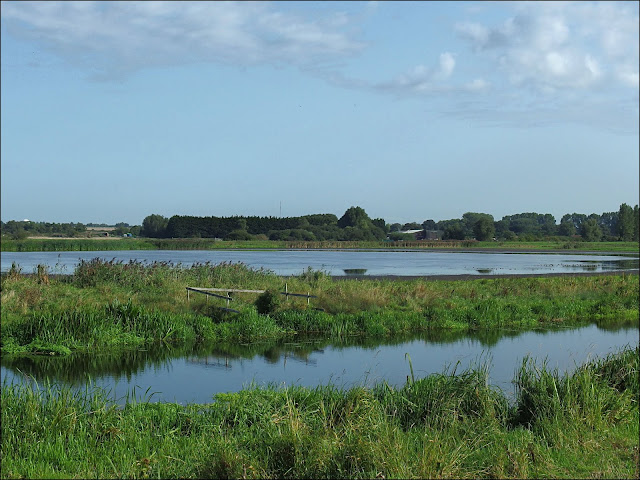 Well, we could go for a walk at the RSPB bird reserve at Lakenheath. It's probably the worst time of year for looking for birds - young all raised, birds hiding away while moulting, not many migrants passing through just yet - but there's plenty of walking to be done on this extensive reserve and it's a fine sunny morning. 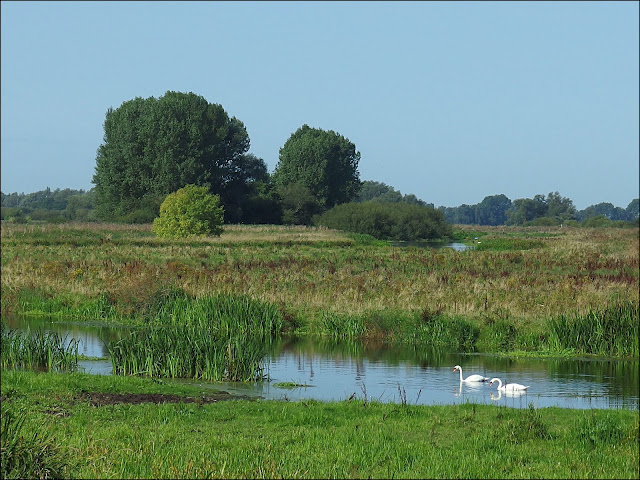 We started off walking alongside the River Lark with its wide floodplains. A sign told us there was a bull grazing here, but as he had numerous 'wives' accompanying him he clearly had no energy to waste on us. He lifted his enormous head and watched us pass by. 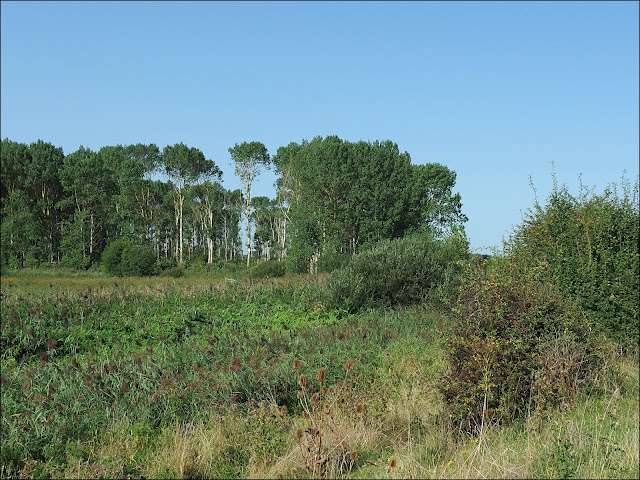 This large site used to be owned by Bryant & May who used it to grow poplar trees which they planned to make into matches back in the days before cheap disposable cigarette lighters. There are still big plantations of the trees here and once-upon-a-time-a-long-time-ago the rare Golden Oriole used to nest here and I actually managed to spot one once. For a bird which is bright yellow they are infuriatingly difficult to spot. 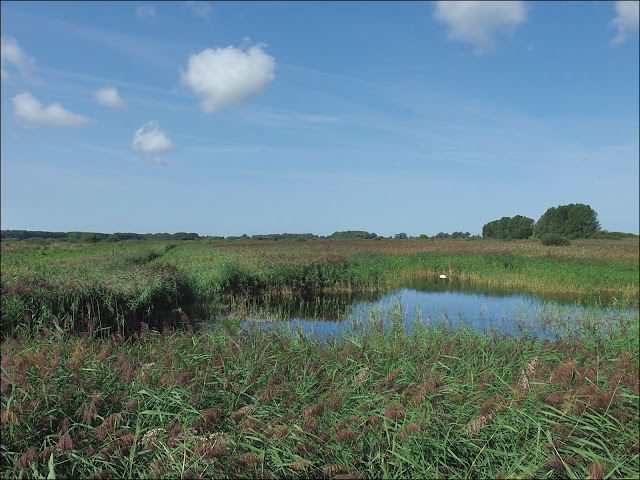 Joist Fen has been turned into a huge reedbed which now hosts a different star species as Cranes now nest here, part of the very small number of these birds that have taken up residence in East Anglia. Bitterns nest here too and a few months ago we visited and had seven sightings of these elusive birds. 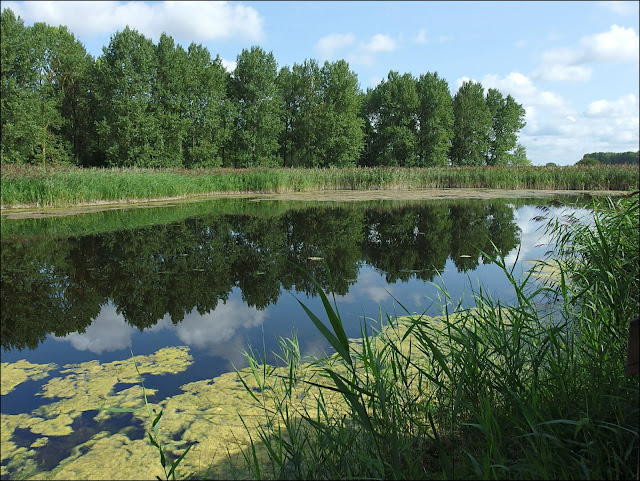 We also stopped off for a while at the Mere Hide where last time we'd seen Bearded Tits in flight and Hobbies catching dragonflies. Today though there wasn't a bird in sight here though we did see a Kingfisher not too far away. 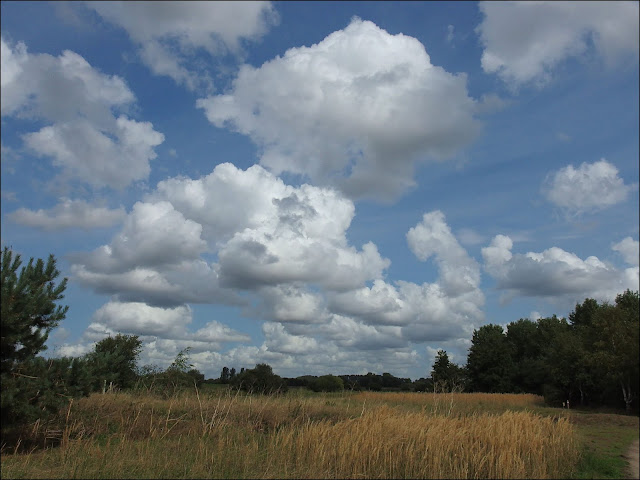 The skies however were putting on quite a show as the clouds slowly built up during the morning. 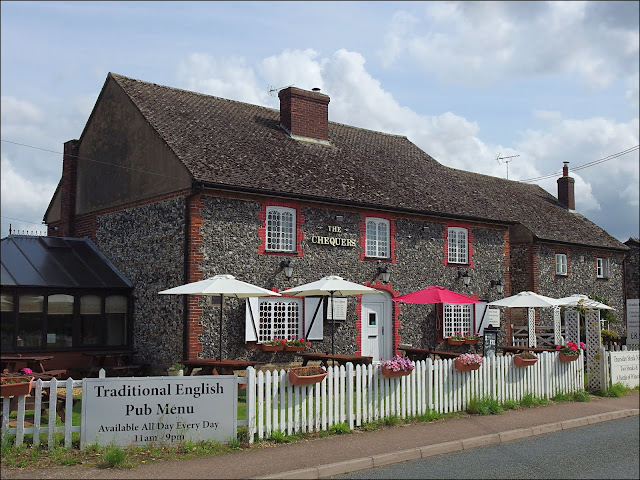 Then it was time to withdraw to The Chequers for our lunch - tasty as ever. 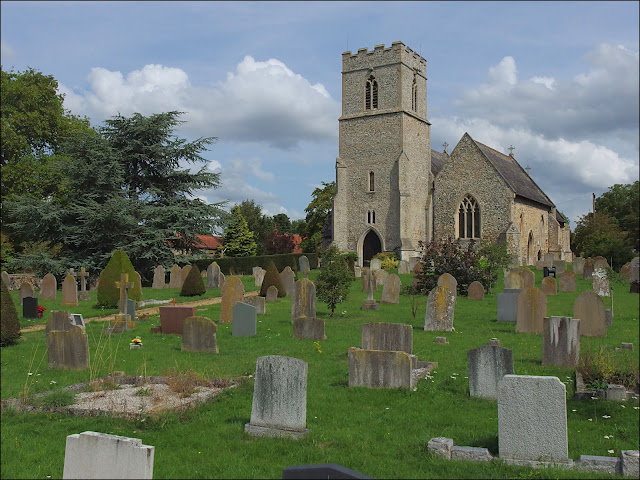 Before returning home we wandered down to the village to see the church. Unfortunately the building was locked but we found something interesting in the churchyard. (Or rather my brother spotted it after I'd walked past it twice without noticing it!) 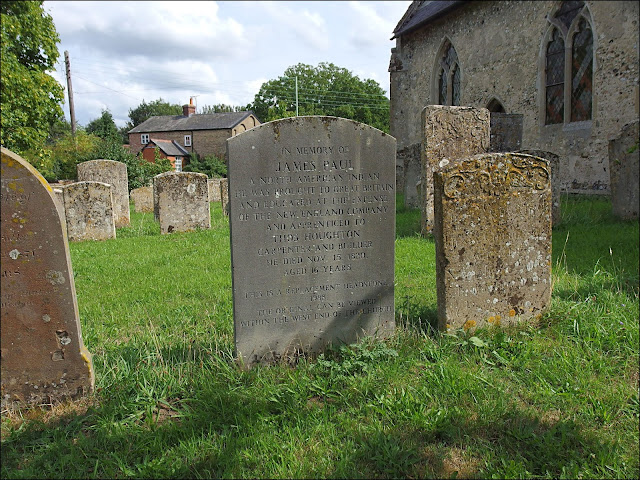 IN MEMORY OF
JAMES PAUL
A NORTH AMERICAN INDIAN
HE WAS BROUGHT TO GREAT BRITAIN
AND EDUCATED AT THE EXPENSE
OF THE NEW ENGLAND COMPANY
AND APPRENTICED TO
THOS. HOUGHTON
CARPENTER AND BUILDER
HE DIED NOV. 15. 1820
AGED 16 YEARS

THIS IS A REPLACEMENT HEADSTONE 1988 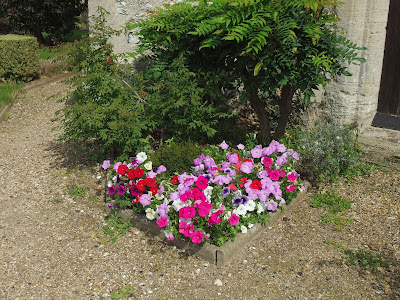 The New England Company was a charity set up by Oliver Cromwell's government to spread "the Gospel of Christ unto and amongst the heathen natives in or near New England and parts adjacent in America" and is in existence to this day. In 1649 it purchased the Manor of Eriswell and used the profits from the rents to pay for its missionary work. Many of the cottages in the village still bear the initials NEC. 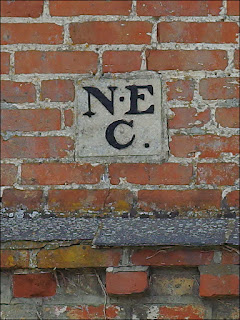 Later the estate was bought for the Maharajah Duleep Singh, the deposed ruler of the Sikh empire. He came to Britain at the age of ten and was raised as an English country gentleman. He soon acquired the neighbouring Elveden estate too and at one time everyone in Eriswell, apart from the vicar and the publican, worked for the Maharajah. 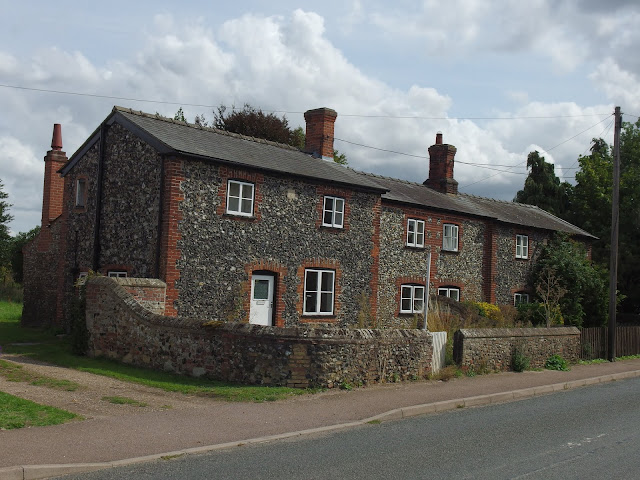 Posted by John "By Stargoose And Hanglands" at 07:41