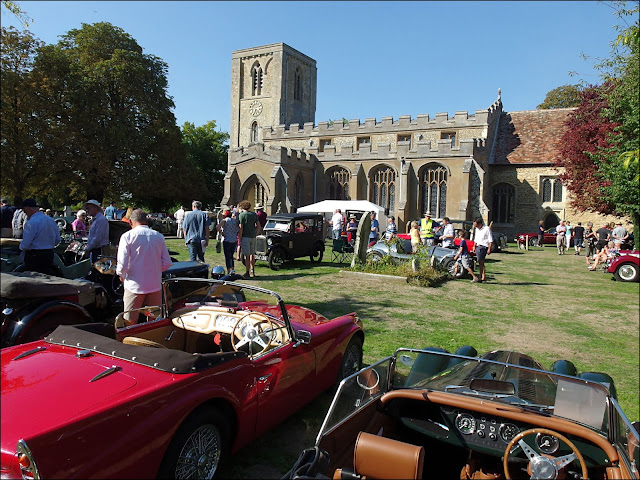 I'm not really a "car person" but I do like to see old cars from time to time. I like the design of some of them. Others have interesting histories. Sometimes there are models that I remember from my youth which bring back memories. And the skill and dedication of the people who restore these machines is a source of wonder. 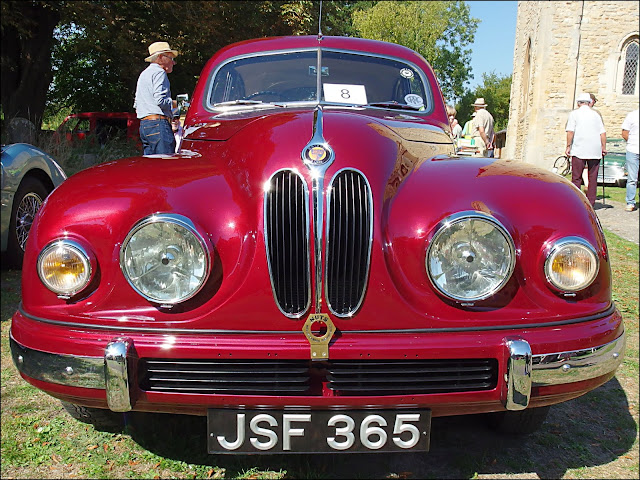 One of the exhibits on display in the village churchyard on Sunday was this Bristol 401. The Bristol company started off building trams but grew through building planes in each world war. After WWI they started making cars to occupy their workforce and they adopted the same plan after the Second World War. The cars were very much based on pre-war BMW designs, but modified by using the wind-tunnel technology used for their planes. It's streamlined shape made it a very efficient and speedy machine. 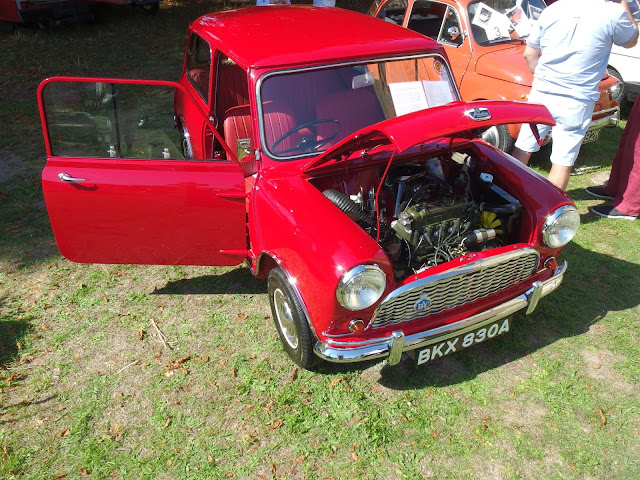 Sometime around 1960 one of my uncles rolled up alongside our back gate in a strange little car, the first Mini I'd ever seen. The car went on to become one of the symbols of "swingin' London" of the 60s. Sir Alec Issigonis must surely be the only car designer to have become a household name. Interestingly the Austin version of the car, which was known as the Austin 7, was written AUSTIN SE7EN in early publicity, so dodgy typography is not an invention of the hip-hop generation. 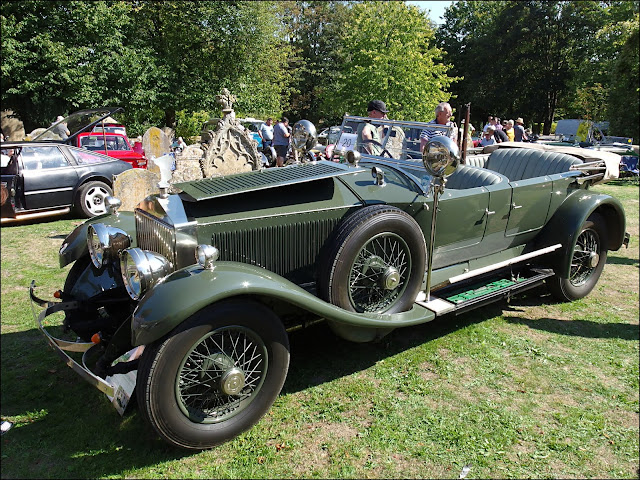 Pride of place must go to this mighty Rolls Royce Phantom which was made for the Maharana of Udaipur in 1927. 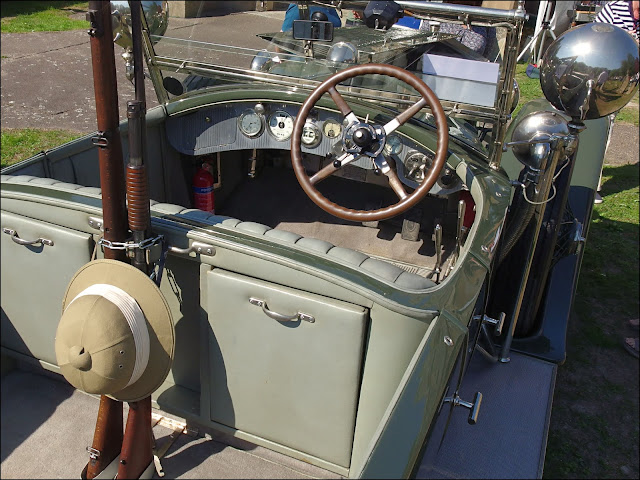 It's appropriately adorned with a pith helmet and big game rifles. 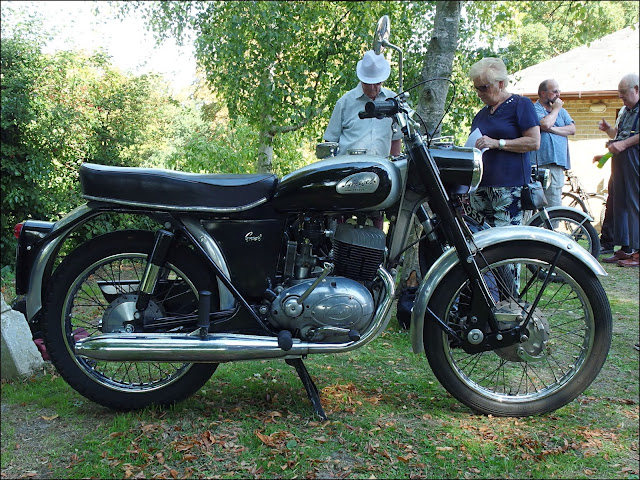 This is a Greeves motorbike from 1965. The firm were famous in the early 1960s for their moto-cross bikes. Moto-cross, racing motorbikes over a rough and often muddy circuit, was a very popular sport around here in those days and was shown on TV. For a few years every young boy furiously pedalling his stripped down bicycle over rough ground thought he was the unbeatable Dave Bickers on his Greeves. 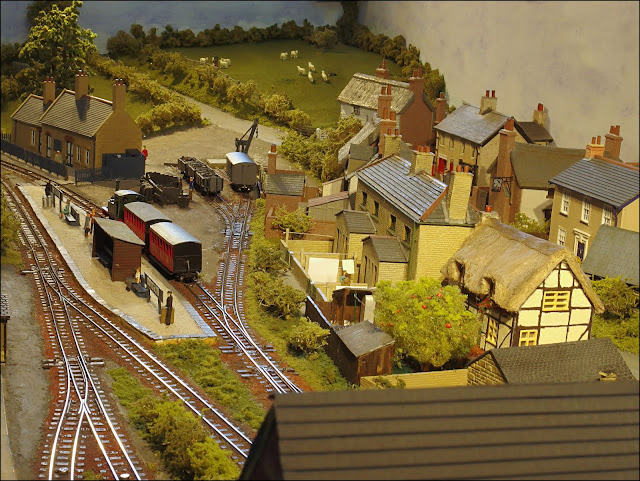 Inside the church there were model railway set-ups and, just as importantly cups of tea and coffee cake. 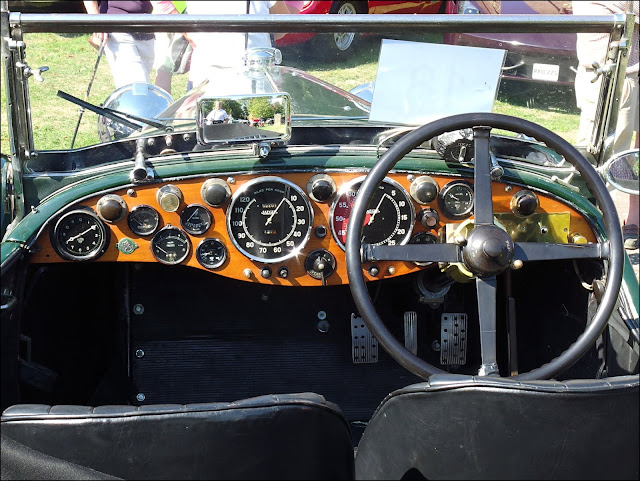 Back outside again to admire the "cockpit view" from this 1932 Lagonda which competed in the 1933 Monte Carlo Rally, coming in 33rd, but winning its class. 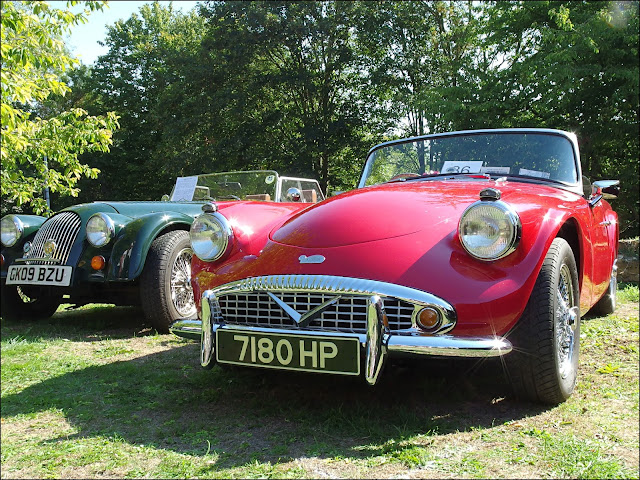 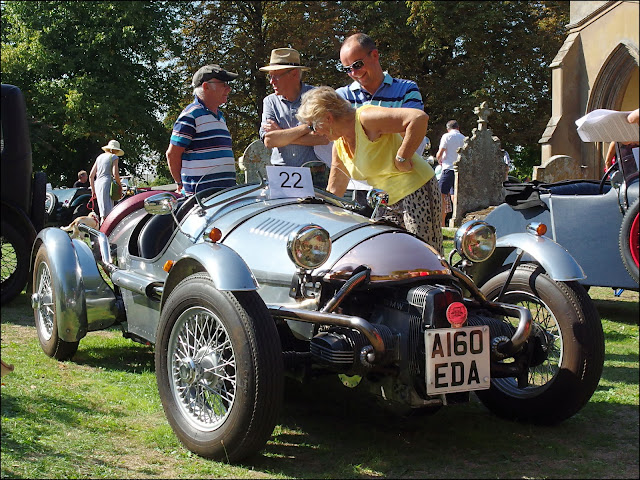 To quote directly from the programme:


Our car is a Pembleton Brooklands, home build, finished in 2014. Has a Pembleton chassis, Citroen 2cv running gear, Vauxhall Astra steering column and is powered by an 800cc O.H.V. BMW motorcycle flat twin engine. The body we made ourselves from sheet alloy. Instruments are from the donor motorcycle. Copper cowl made from a hot water tank. The project took approximately 6 years due to my husband being registered blind with only 15 percent vision. 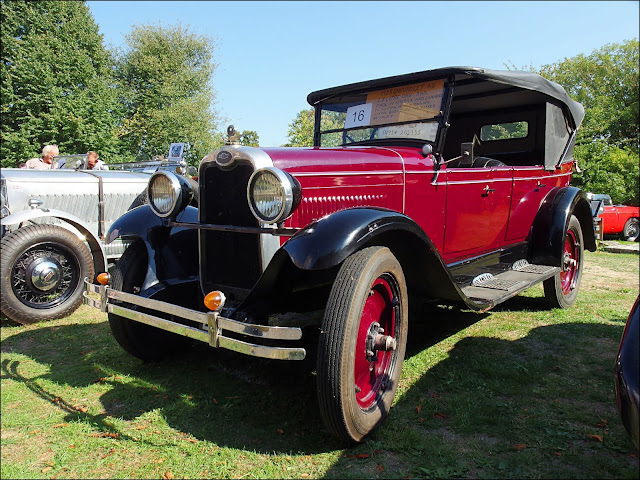 This 1928 Chevrolet has quite a story too, the chassis and engine having been manufactured in America, exported to Australia where the bodywork was completed by Holden, and now, 90 years later, sitting in a sunny churchyard in England. 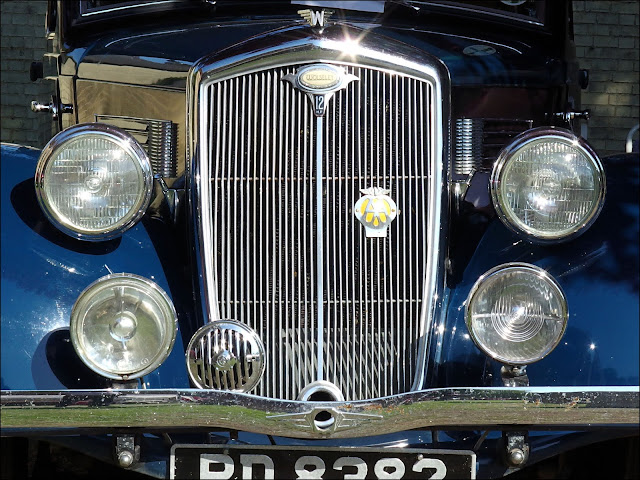 This Wolseley was first purchased for £236 in Reading on 2nd of September 1936. This is therefore its 82nd birthday portrait. 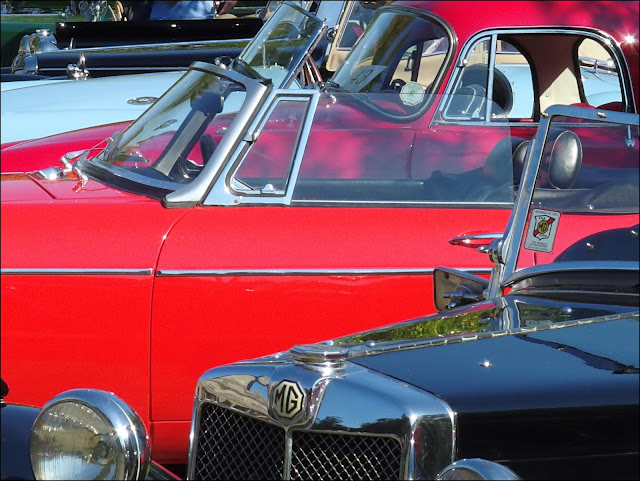 I think most, if not all, of these were various models of MG.

And then it was time to wander home. I'm sure there'll be another show next year.

Posted by John "By Stargoose And Hanglands" at 09:20