Keys To The Countryside 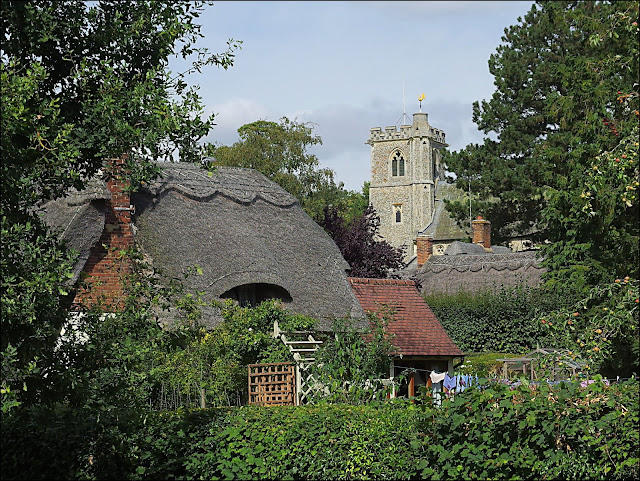 The season for summer walks is drawing to a close. Soon walking will require a jacket and maybe my waterproof boots, I may carry a flask instead of my water bottle and I'll spend a little more time studying the weather forecasts before I set out. The last time I was in Arkesden in north-west Essex it was that time of year; I trudged through muddy fields and ended up sheltering from a sudden downpour in the village church. I said I'd come back in summer and this week was possibly my last chance in 2018 to do so. 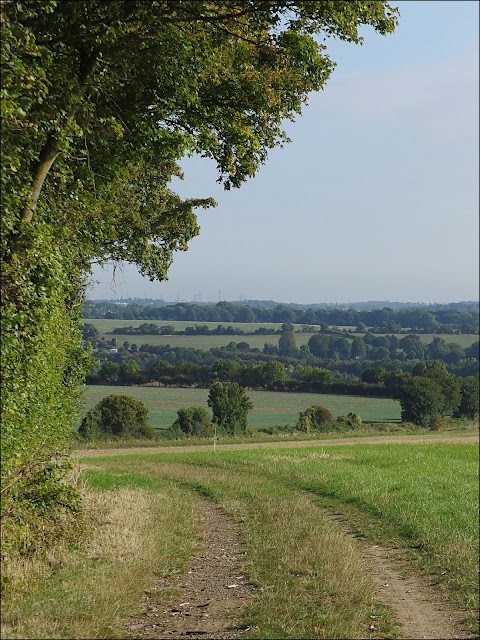 I'll have some photos of quaint thatched cottages to show you in future posts but for now lets gently climb the footpath, which doubles as a farm track, away from the village and out into the fields. 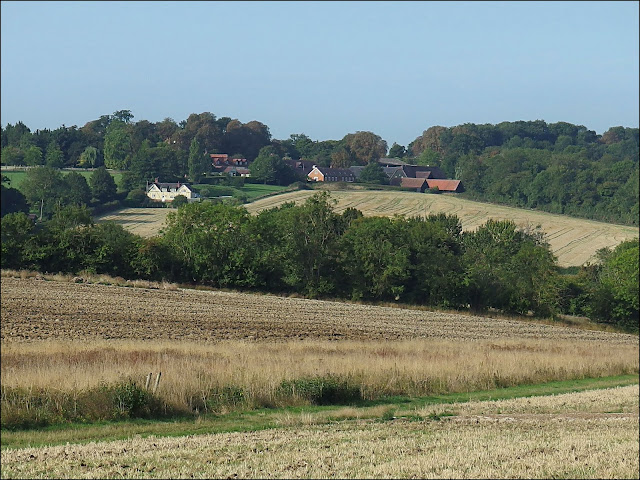 Harvest is over in these parts and the fields are being ploughed and harrowed ready for next year. In places that included ploughing up the footpath as I found to my cost later in the day. You're still within your rights to proceed along the line of the path but the going underfoot is less than perfect and you're always a little uncertain that you're on the correct bearing. 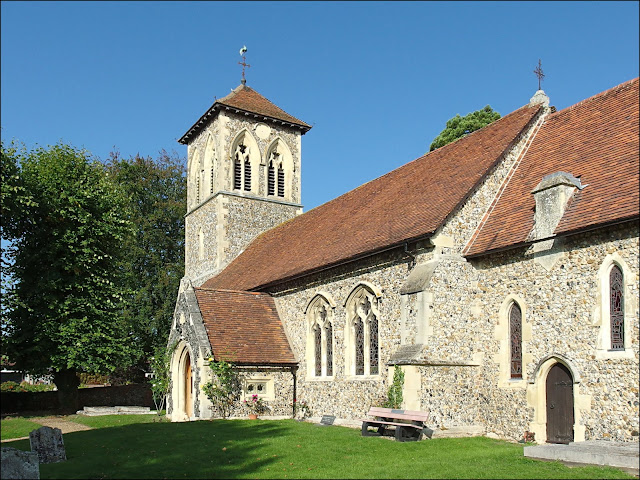 The church at Wicken Bonhunt is in a delightful setting, especially in the morning sunshine. I almost wish that I hadn't tried to find out more. You see, the church here once had a round tower which, had it survived, would have been very unusual as far west as this. However in the nineteenth century the vicar decided to more or less destroy the old church and rebuild it according to his own design. To make matters worse the tower he built became unsafe and had to be replaced. The small village did not detain me over long and the path led across the fields towards the much bigger village of Clavering. 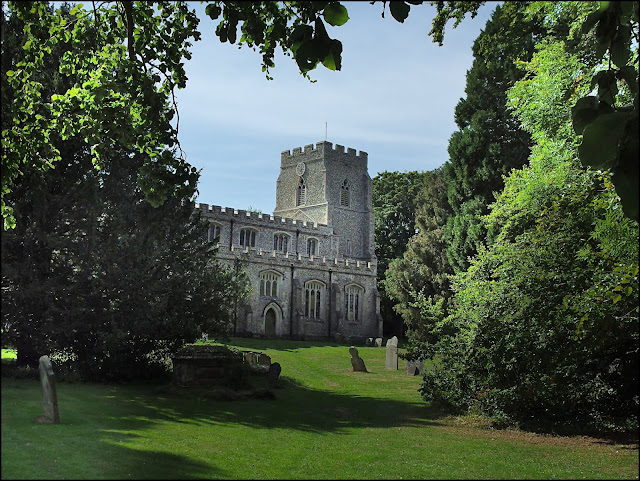 We'll have a look inside the church another day. It's a large church for this area and sits in a very large churchyard which stands next to a grassy mound and a deep moat (dry today) which is all that remains of the castle which once stood here. It may be the site of Robert Fitz Wymarc's castle which was mentioned in 1052. 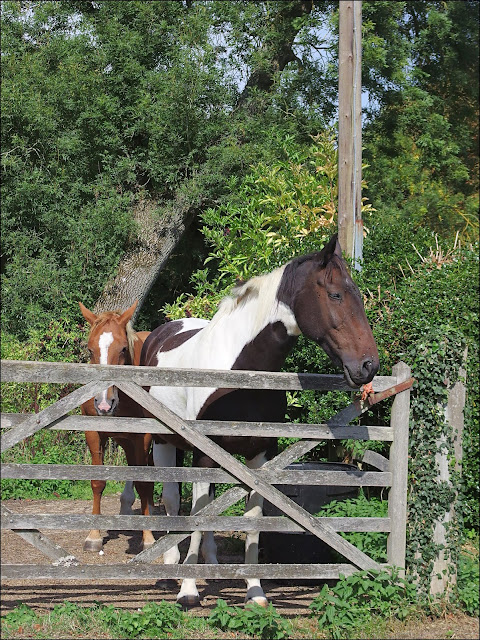 The residents of the village were friendly, though rather bothered by a large number of flies! 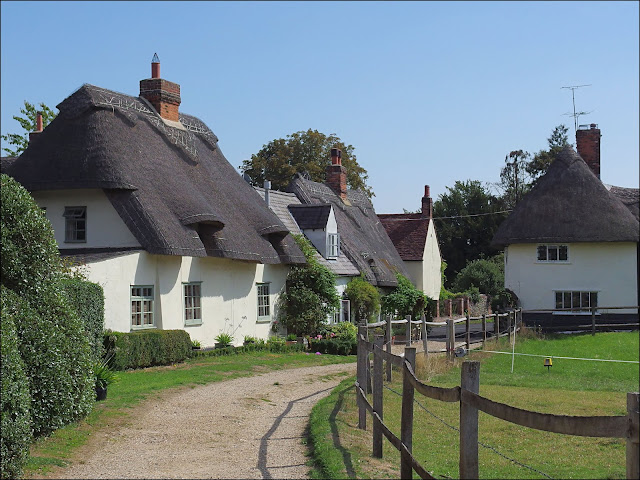 The heart of this now large village still has many picturesque corners. 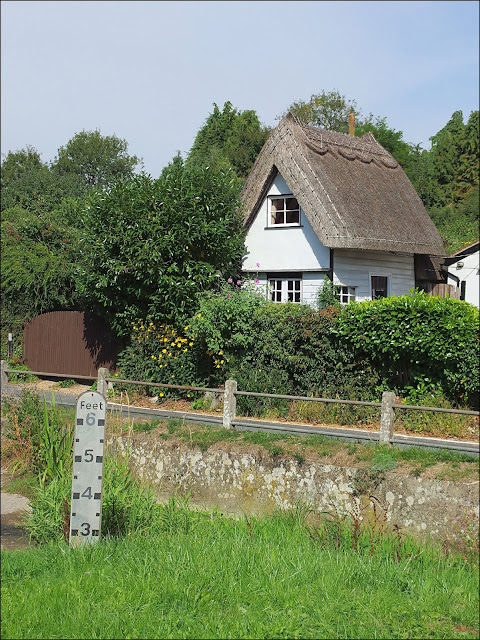 This was the site of a ford and the adjacent cottage is known as the Ford Keeper's Cottage. It's reputed to be the smallest house in Essex. 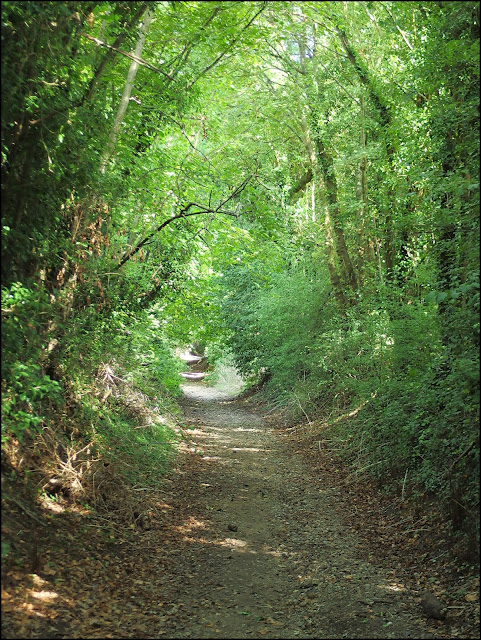 We took our leave of Clavering by an old sunken road which led us up into the fields once again. Here I indulged in two of the unique pleasures of a late summer walk - eating wild blackberries and stretching out on a stubble field and gazing up into the overhanging branches - before continuing the walk. 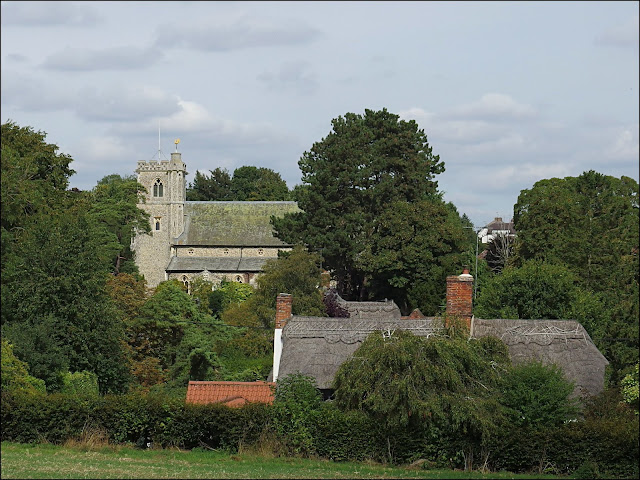 Eventually the church at Arkesden appeared above the thatched roofs of the cottages.

Posted by John "By Stargoose And Hanglands" at 07:57