The Smell Of Steam

The sweet scent of steam coal, lubricating oil and Brasso were mingling once more in the skies above Old Warden Park in Bedfordshire this weekend as the Bedford Steam Engine Preservation Society were holding their annual Steam And Country Fair. 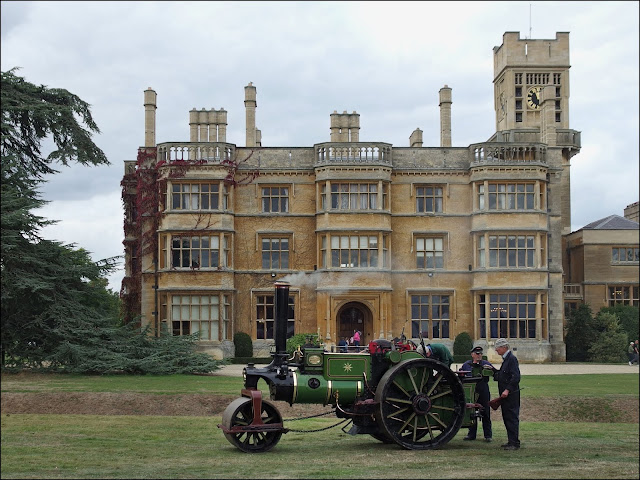 Somebody helpfully posed his steam-roller right in front of the Manor House. But surely there was more than just one traction engine, John? 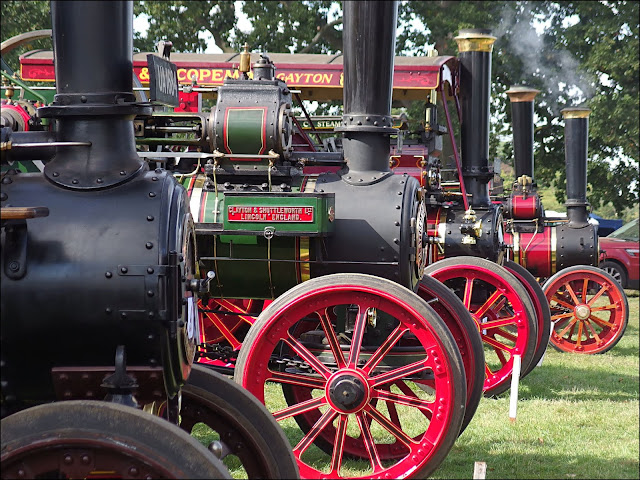 Oh yes, lots more. 144 more according to the man on the public address. And that's not all... 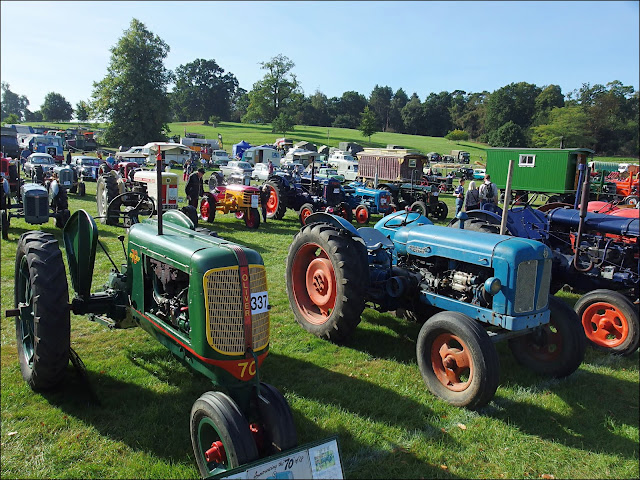 There was a marvellous collection of old agricultural tractors.... 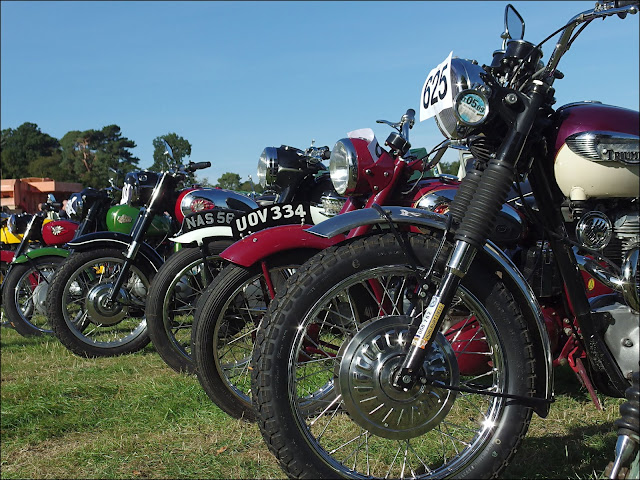 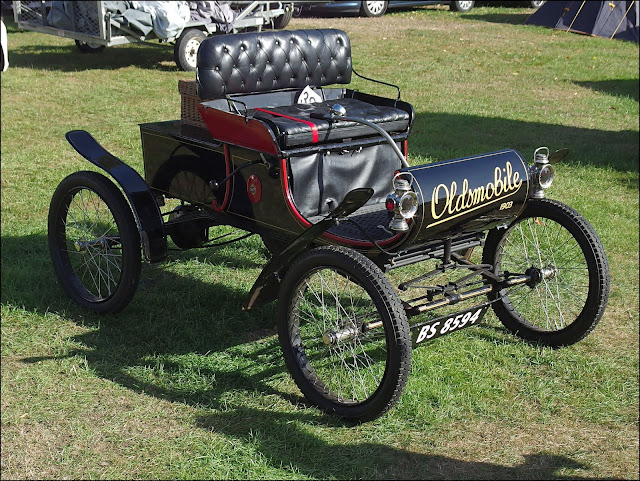 ...or would you like to see something far more futuristic? As far as I can find out this was built by Bill Carter and goes by the name of Topcat. He built it in 1991 basing his design on the cockpit of a Tornado jet fighter and powering it with a Jaguar engine. According to one source it could legally be driven on British roads. Don't know how much the insurance might cost though! 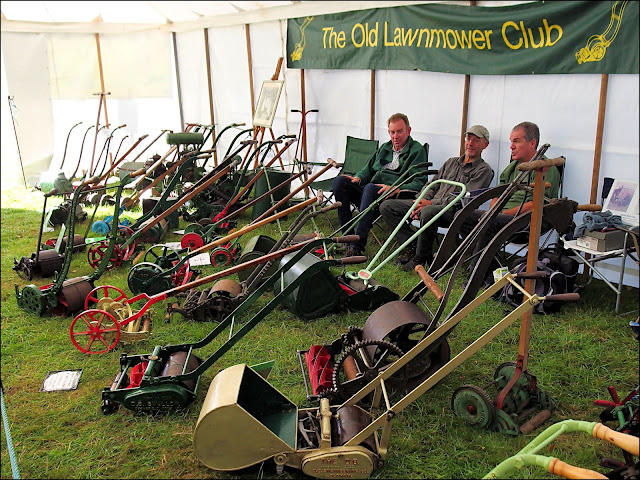 I've spent many happy hours sitting in a garden chair looking at an old lawnmower, but I've never taken things to the extremes of these three fine fellows. 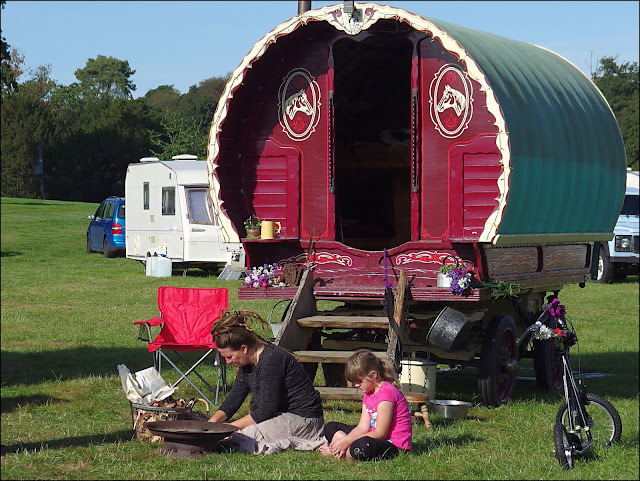 Many of the exhibitors camp for the weekend, but few in such traditional style as this family. 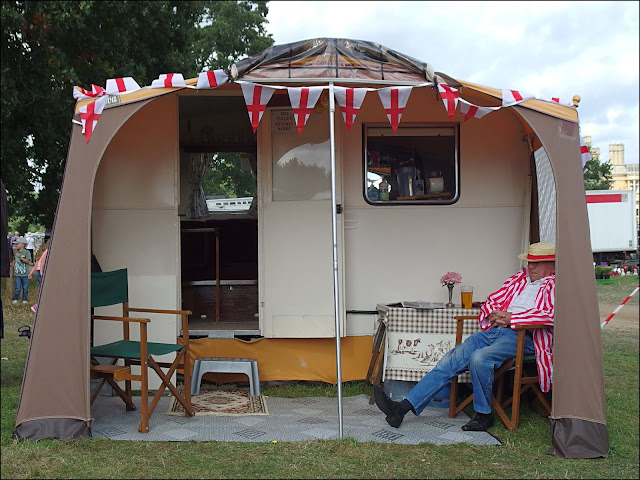 Or this gentleman from the Historic Caravan Club. 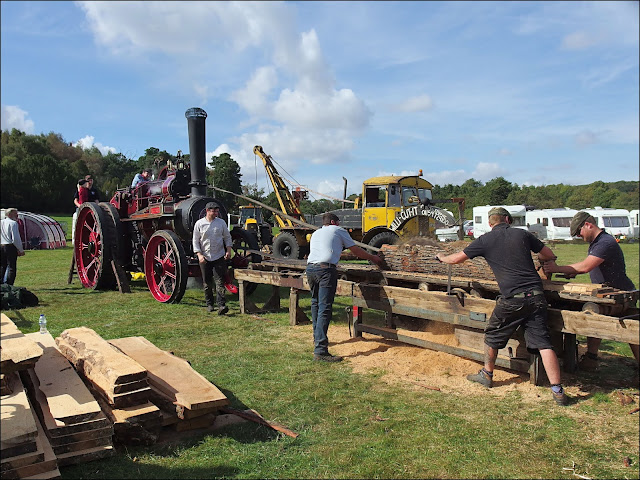 Around midday things get more interesting and there are demonstrations such as this steam-driven sawmill. 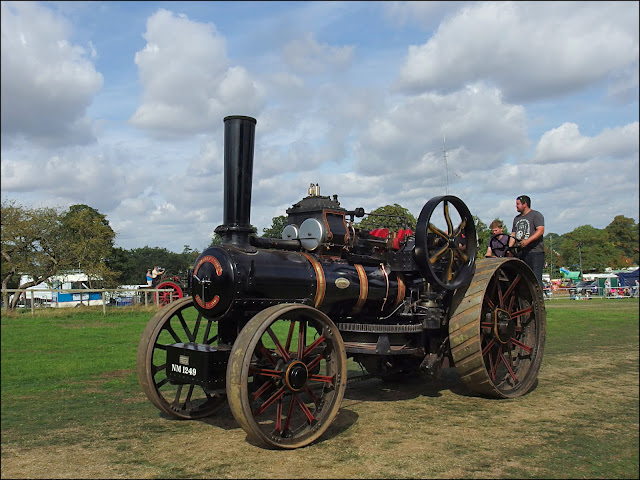 And there's a big arena called the Playpen where the various steam engines can be put through their paces. 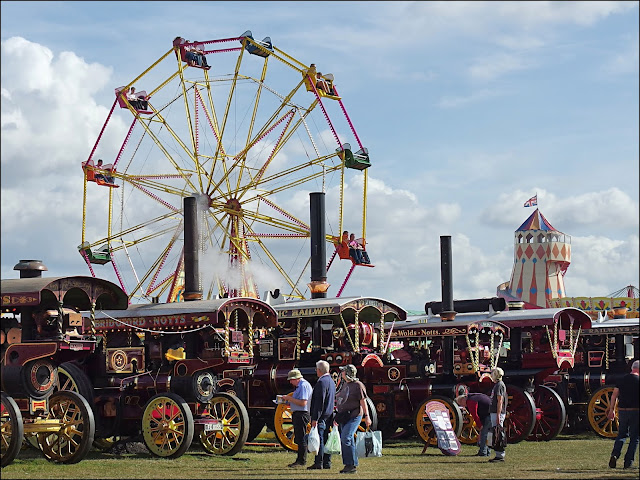 And the traditional funfair comes to life. 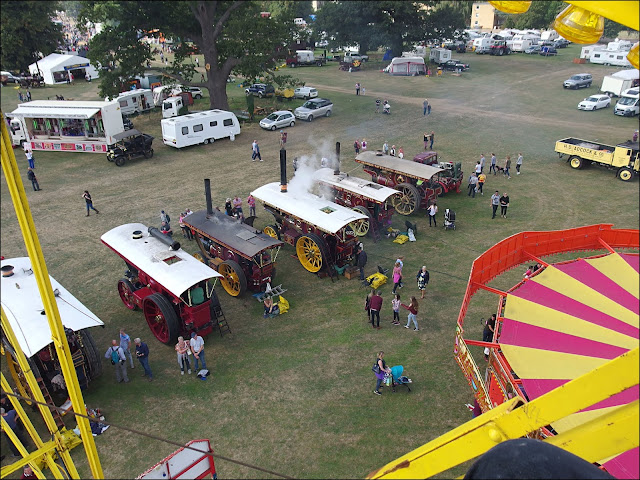 Guess who had a ride on the Big Wheel... 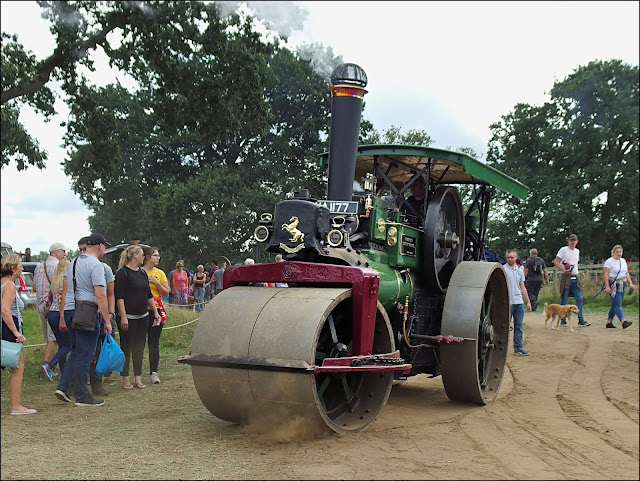 But also many of the machines move (slowly and carefully) around the exhibition ground, often making stops to fill up their tanks with water - or for the drivers to pop into the bar for refreshment. 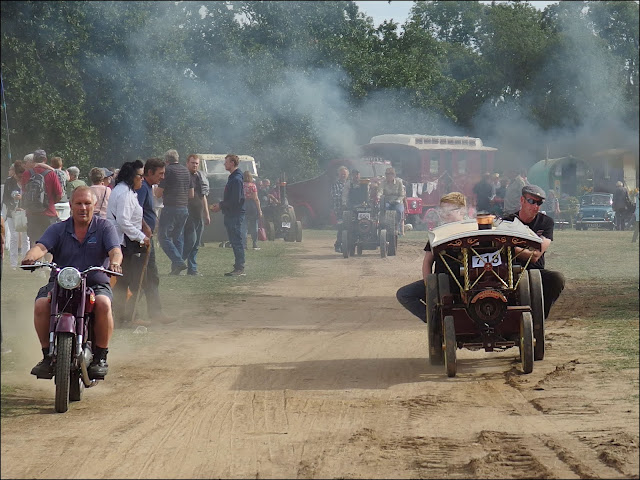 Posted by John "By Stargoose And Hanglands" at 19:27