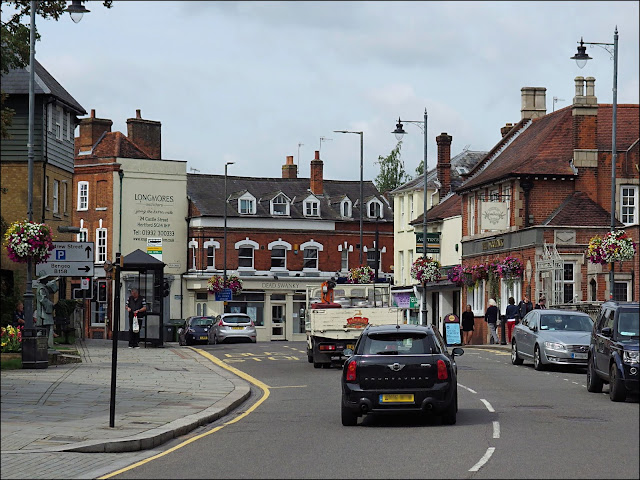 Hertford, the county town of Hertfordshire (obviously), is not far from where I live, but it's a place I don't have reason to visit very often. It's an ancient town which history first mentions in 673 AD when an early synod of bishops was held in Herutford. However you spell it though, it's pronounced Hartford, and takes its name from a "hart", or male deer, which still serves as an emblem for the town. 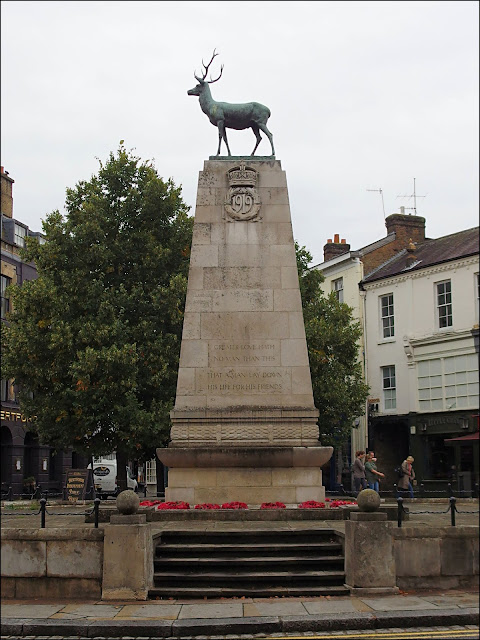 Hertford occupies a site at the junction of four rivers, the Rib, Beame, Mimram and Lea, and as you wander around you are never far away from pretty watercourses. 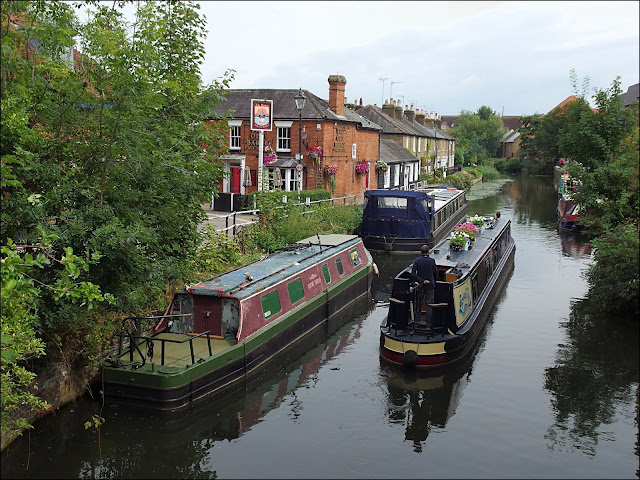 Layer upon layer of history survive here as each century has added to the town's character without (and this is what we should be eternally grateful for) ever completely obliterating what has gone before. There is, for example, a castle.... 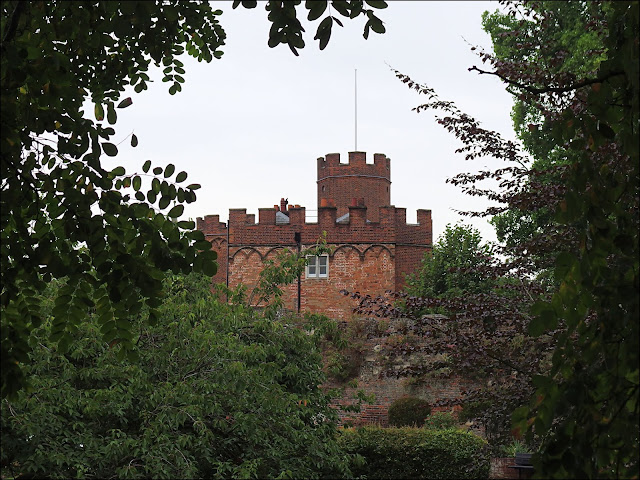 .....but most of what you can see here only dates from 1790 and is really just a big house prettified with fake battlements. Inside though can still be seen work from 1463 when Edward IV rebuilt what was then the gatehouse serving a much larger castle. The rest of that castle, which housed parliament during the plague years, has now gone. But look a bit closer and you'll find.... 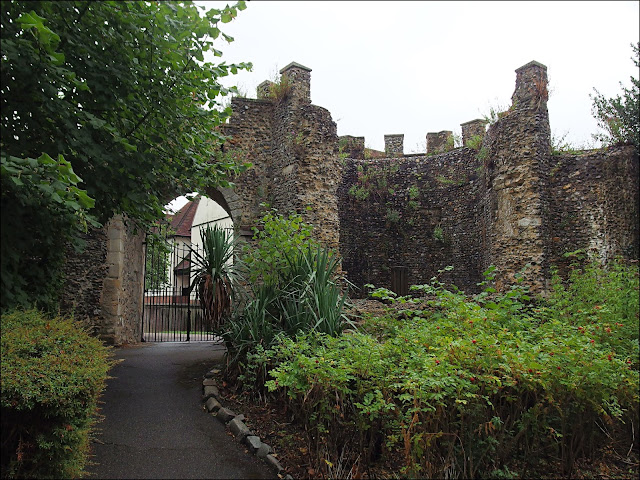 ....massive walls which survive from when the castle was strengthened in 1170 - though they've been patched up and repaired from time to time since then. Look around a bit more and you might see..... 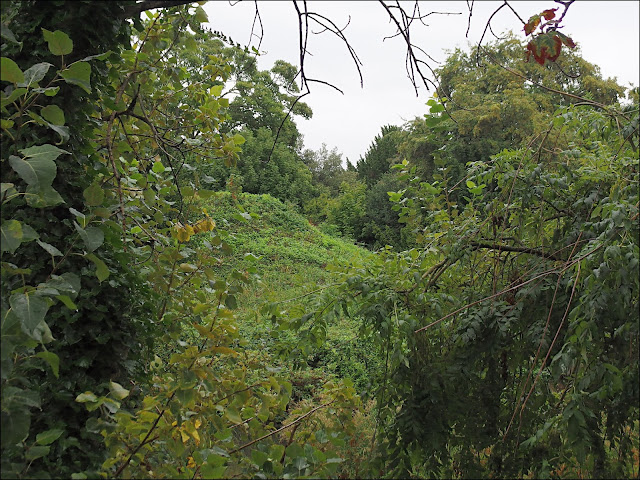 ....this is the Norman motte, a small man-made hill which would have been occupied by a small fort to guard this strategic site. 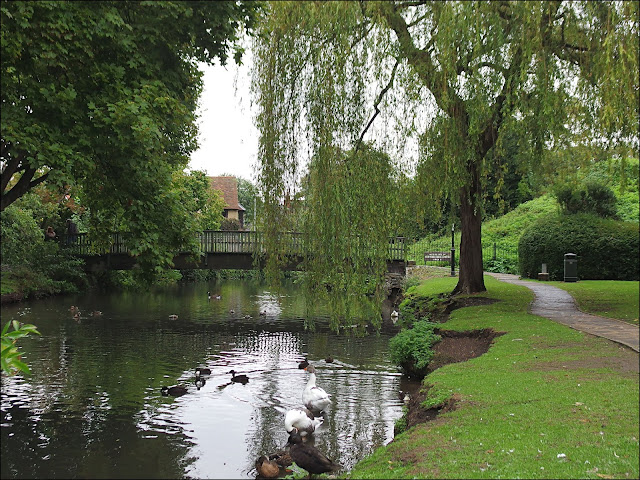 But nowadays much of the castle grounds have become a lovely park - "out of strength came forth sweetness", I suppose. 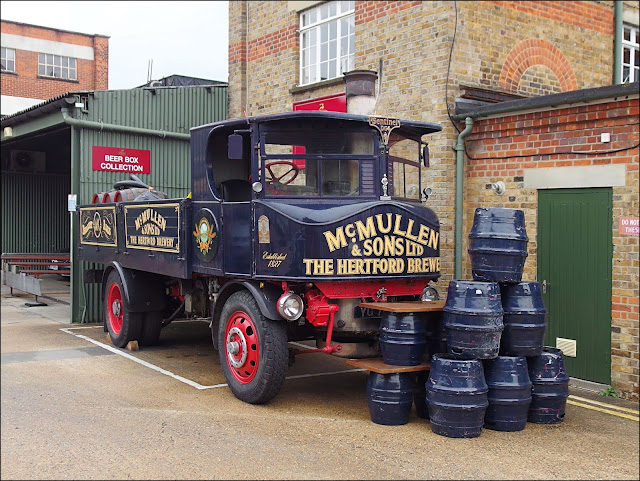 In 1827 Peter McMullen (or perhaps Mrs Mc Mullen) decided that life held more for him than a series of failed apprenticeships and illegal activity, so he decided to found a brewery in the town. So successful was his business that it still has a strong presence in the town to this day. I think the wagon above is only used for advertising purposes! 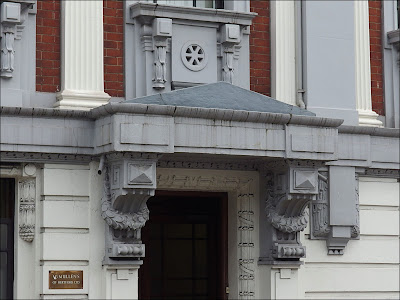 The brass plate (bottom left) seems to indicate that these are the offices of McMullen's, while the elaborate architecture suggests that there's big money to be made from making beer. 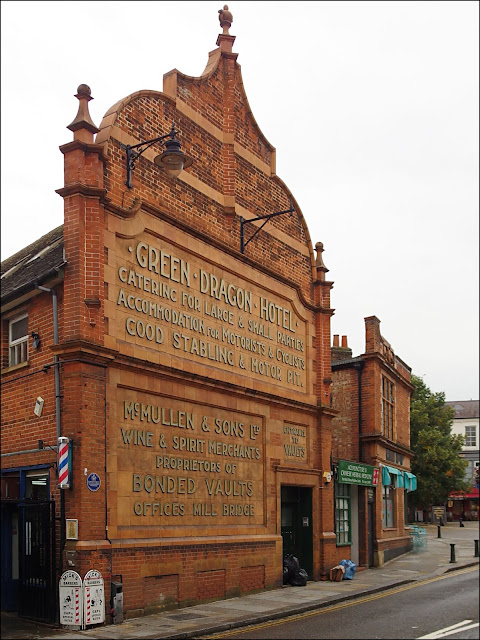 This rather grand sign - you certainly can't miss it - can still be seen near to the town centre.

I've got lots more pictures to show you from this charming town which will have to wait for another time. But I'll leave you with another photo of one of McMullen's pubs, The White Hart. This pub was patronised by Peter McMullen's father who joined the Fellowship Society at the pub. This organisation existed as a kind of social security system for its members who paid into a fund which then supported them during hard times. Ironically, according to the pub's website, the Society fined its members if they attended meetings "disguised by drink". 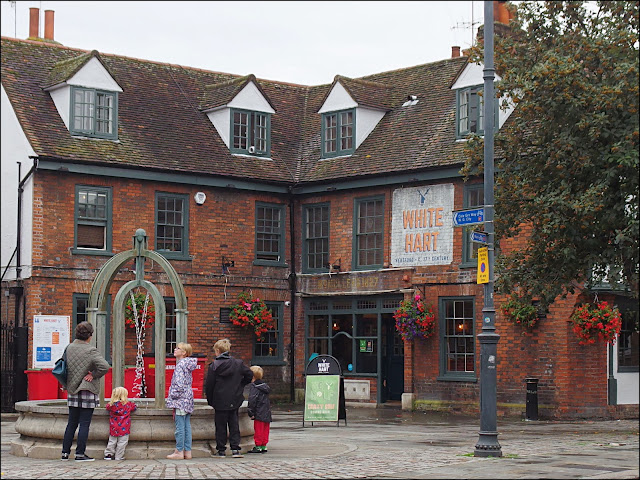 (Apparently this is the 800th post I've written for this blog and with any luck there's a few more to come).

Posted by John "By Stargoose And Hanglands" at 08:53