A Garden In August

I rather delayed my visit to the Botanic Garden this month, hoping that it might recover from the drought we had at the beginning of the month. Now Mother Nature is once again being overly generous with the gift of rain, and temperatures are back to what we're used to in these temperate isles. 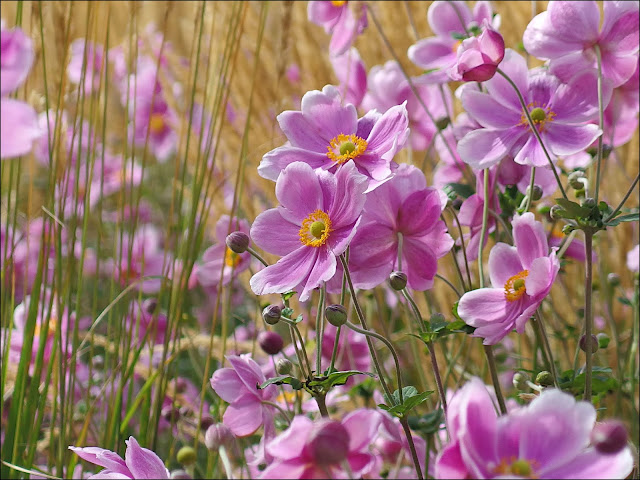 I showed my pass to the woman at the gate and was told that tree-felling was in progress. Although most of the garden was accessible some of the paths were out-of-bounds today. I therefore went in by a different route which took me past the Herbaceous Island Beds. 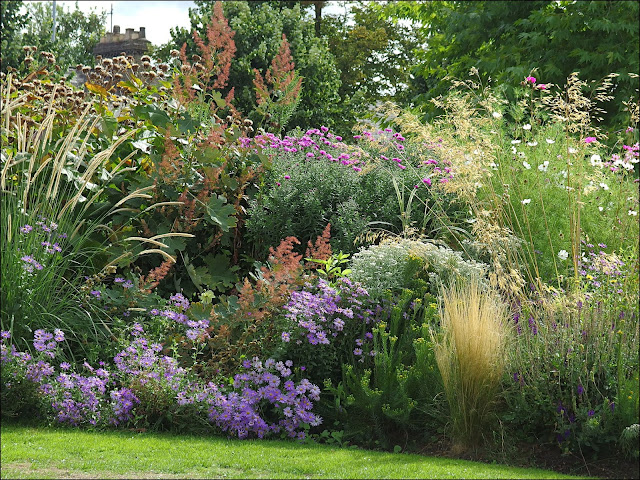 Much of the garden is organised to illustrate themes for teaching purposes but these Island Beds are much more like a traditional garden with flowers arranged for maximum visual impact. 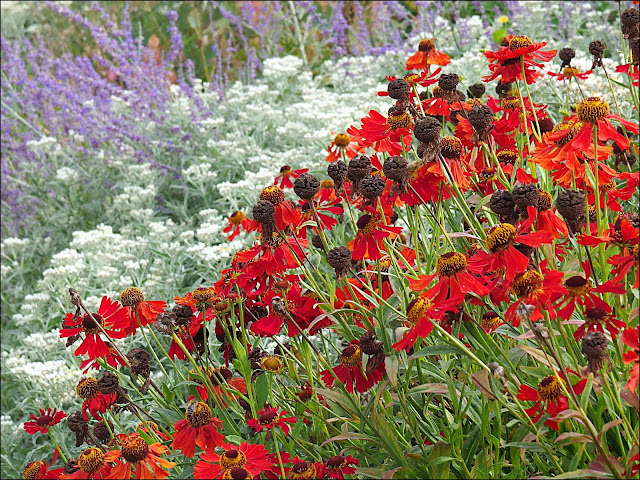 Many of the flowers grown here are familiar sights in many gardens. I'm fairly certain that the striking red flower above is Helenium "Moerheim Beauty". 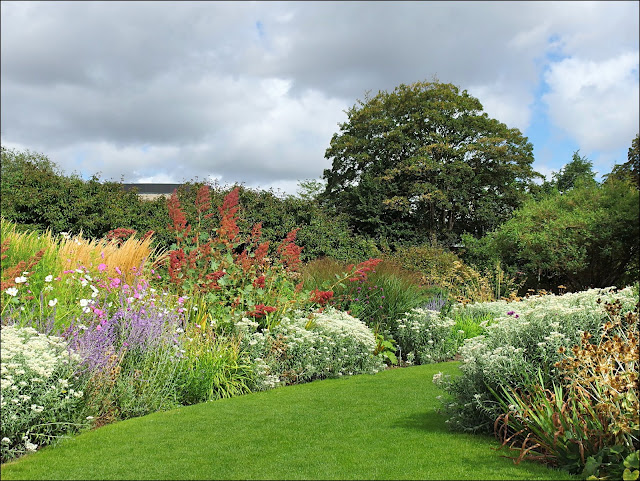 You can see how the grass has greened-up after the recent rains. The garden does have its own borehole but had to irrigate sparingly this summer. 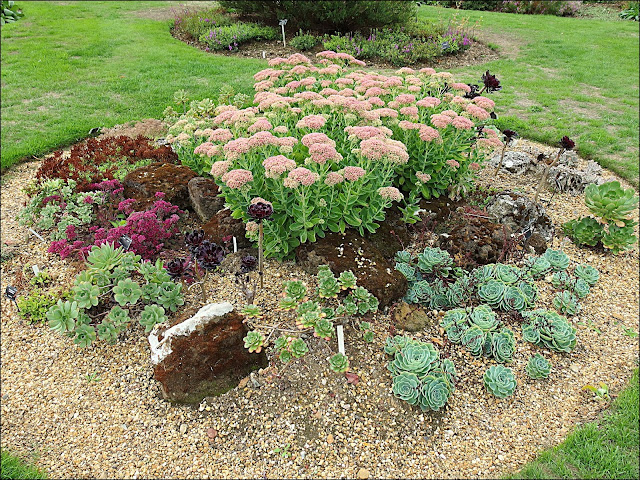 I've mentioned the Systematic Beds before; they feature plants of the same family grouped together so that botanists can see the similarities and differences between the members of the group. These are the houseleeks which are making a nice display at this time of year. Some of the beds are less visually pleasing as the various components flower at different times of year. 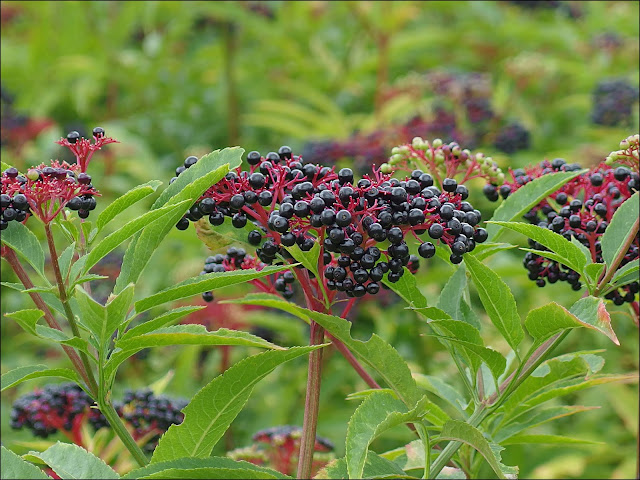 This Dwarf Elder was also in the Systematic Beds. Not the sort of thing you might want in your garden as it was giving off a most unpleasant pong. 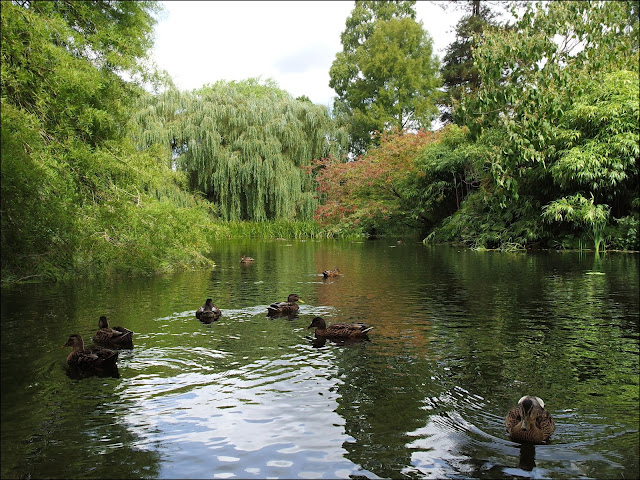 The ducks were milling around on the lake, this weather presumably being more to their liking. 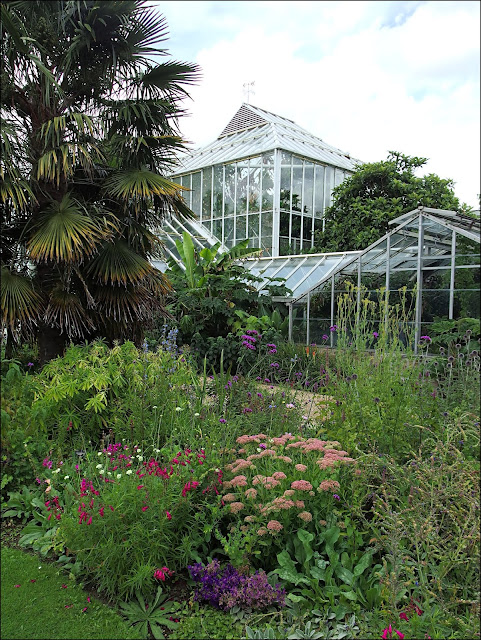 I wandered over to the Glasshouses. 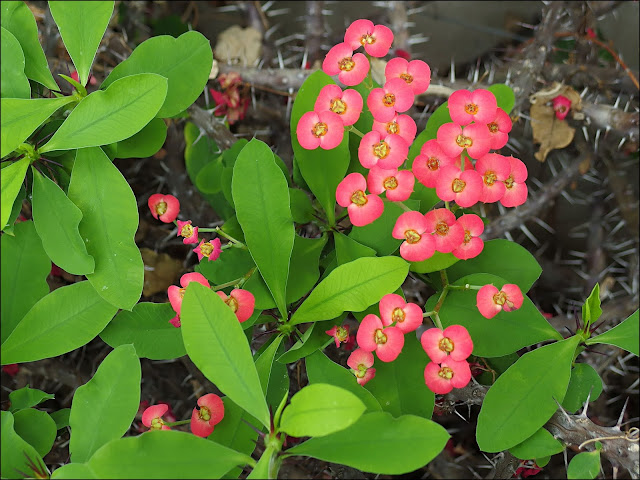 Here I came across this rather pretty plant which goes by the name of Christ's Thorn, from its savage barbs and perhaps because the flowers look like spots of blood. Quite what it can have had to do with the crucifixion must be in some doubt as the plant only occurs in Madagascar. 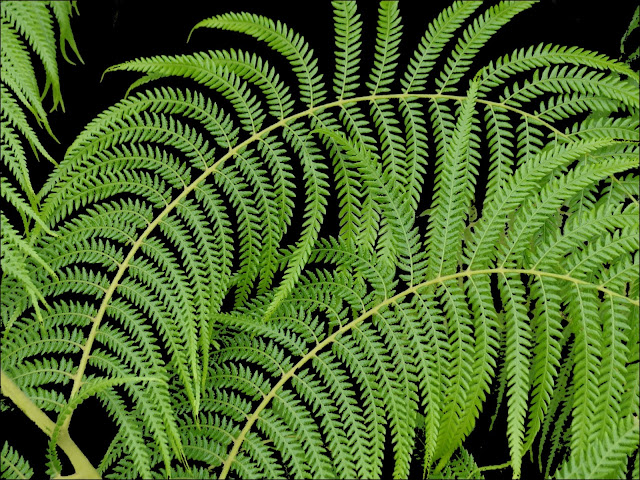 Then I got sidetracked into taking photos of the foliage in the various glasshouses. I'll show you some more later.

Posted by John "By Stargoose And Hanglands" at 18:01