Beneath A Roof Of Straw

I've collected another batch of photos of cottages as I go about on my travels. These buildings always bring forth comments and questions about thatched roofs, some of which I'll try to answer here. 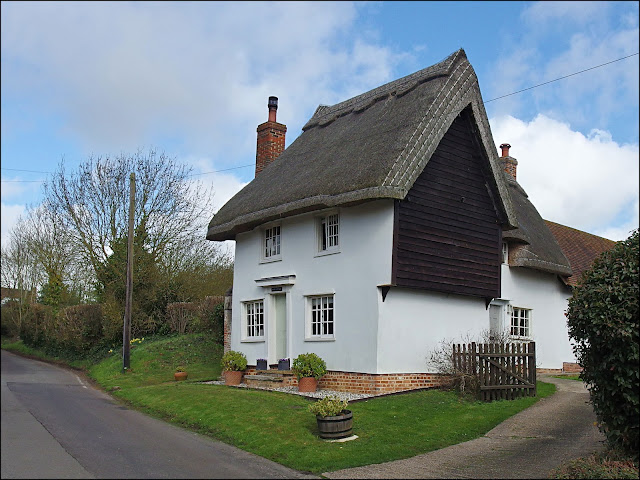 What is thatch? - Strictly speaking "thatch" is any roof made from plant materials, other than timber. Just about any plant can be used and Wikipedia helpfully points out that this may include leaves from palm trees. Not round here it won't (!), but it does show just how widespread the idea of weaving plant materials to form a roof is. In this part of England two materials predominate - wheat straw and reeds. Sedge is also sometimes used and in highland areas heather is employed where there is no handy supply of straw or reeds. 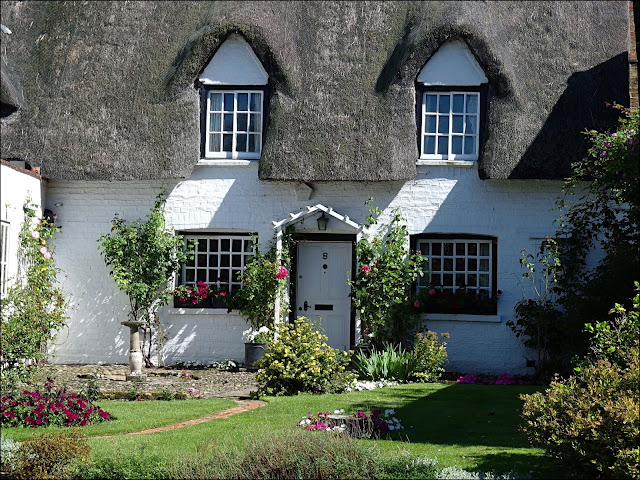 Wheat - this is the traditional material in my home area. It was plentiful as a by-product of growing wheat for bread-making, flour production and animal feed. I say "was" because although lots of wheat is still grown it's no use at all as a thatching material. In order to maximise production wheat has been developed which has very short straw, which lessens the amount of the crop that falls over in high winds or heavy rain. Such straw is useless as thatching straw. Also machinery smashes the straw up in the harvesting and threshing process. Straw for thatching has to be specially grown and harvested these days. 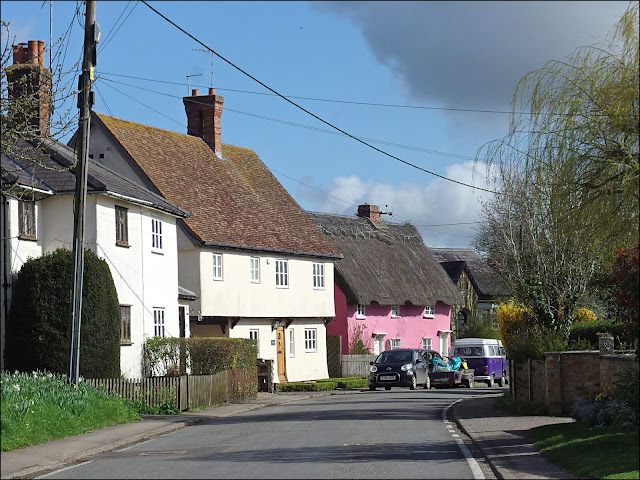 Reeds - reeds grow on badly-drained land and so were once widely available. However drainage of the Fens and many valley bottoms have made reedbeds less common. Parts of the Norfolk Broads do still produce good quality thatching reed, though nowadays a lot of reed is imported, mainly from Eastern Europe. Why? Well, the reason is down to those pesky modern grain farmers again. In order to get the highest possible yield of wheat they apply nitrate fertiliser to the fields. This then washes off the land and into the water courses and reed beds. Here it helps the reeds to grow more quickly but this unfortunately makes them more brittle and less suitable for use by thatchers. 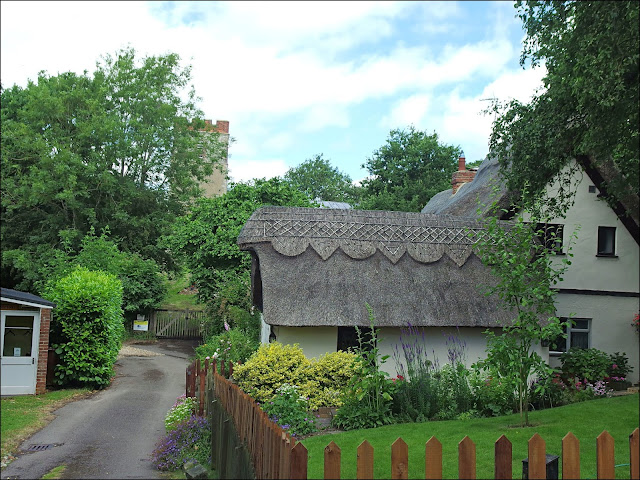 How is it done? - This is not the place, and I'm certainly not the person, to give instructions on how to make a watertight roof out of such apparently unpromising materials. The basic idea is to lay the thatch in such a way that the water runs off before it soaks too far into the roof. To this end roofs have a fairly steep pitch.

When re-thatching occurs the old thatch is removed to reveal a lattice of rafters and laths to which the straw or reed is attached. Starting at the bottom the thatch is laid in bunches, tied in, and then fixed with hazel spars (sometimes called "sways"). The thatch is built up to the required thickness by adding more bunches. The top surface then has to be laid so that each piece is overlapped by the one above to create a smooth surface so that each piece of straw or reed has only its lower end showing - it's much the same principle as an animals fur or a birds feathers; the very ends get wet but inside all is dry and snug.

An extra layer is added along the ridge, where the roof is subject to most battering from the elements. This ridge is usually renewed more regularly than the rest of the roof. 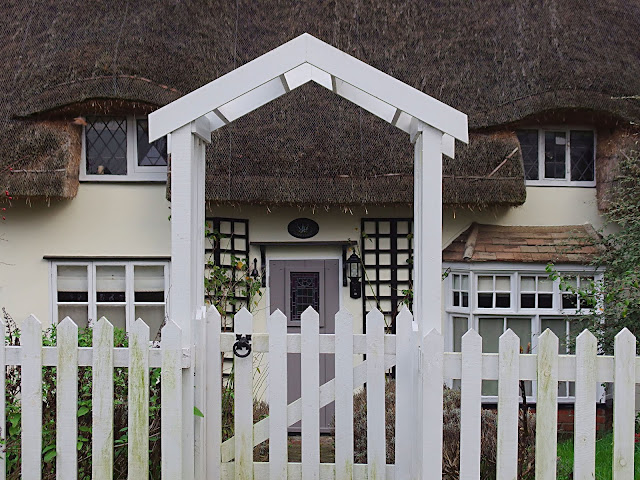 History - No one really knows how long thatch has been used as a roofing material though it's generally believed to go back at least to the Bronze Age. In the medieval period it was widely used for even large and important buildings such as churches, manor houses and even castles. There are still a few thatched churches around if you care to search them out.

With such a long history you would expect that "master thatchers" would have been organised into a craft guild long ago, but it was not so. It seems that this was because most of the work was done by agricultural workers who learned their trade from thatching straw- and hay-stacks and farm buildings, then naturally moved on to thatching houses when work on the land was slack.

There is now an organisation of master-thatchers but it was formed less than a hundred years ago. Most thatching firms are small with just one or two men and work within their local area. I did try to find out if there are any women employed in the job, but putting "lady thatcher" into your search engine only turns up references to a certain British Prime Minister! 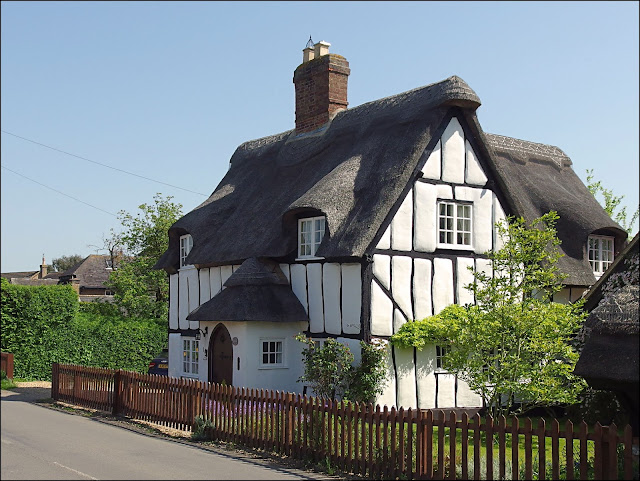 Other roofing materials - the main drawback of thatch was its flammability and as long ago as the thirteenth century laws were passed banning it in London for safety reasons. Other towns followed suit over the succeeding centuries, usually when areas were re-built following fires. Slate and tiles became more frequent and in some areas became the norm, even in rural locations.

Putting a new roof on a building is not always as simple as it sounds though. Thatch is a relatively light material and requires only a light wooden framework to support it.. This in turn can be held up by relatively weak walls. A friend who worked in the conservation of old buildings was once called in to replace the tiled roof on a local cottage. This cottage was much admired for its picturesque curvy roof and over-hanging gable-ends.

As he explained it to me in the pub that night, "the whole thing is held up with sticks that I wouldn't trust to support the runner-beans in my garden!". The tiles had obviously just been put on top of the framework previously used to hold the thatch, with no thought to the extra weight it would have to bear. The roof had then sagged and bent under the weight, which may have looked quaint but was also on the point of total collapse. 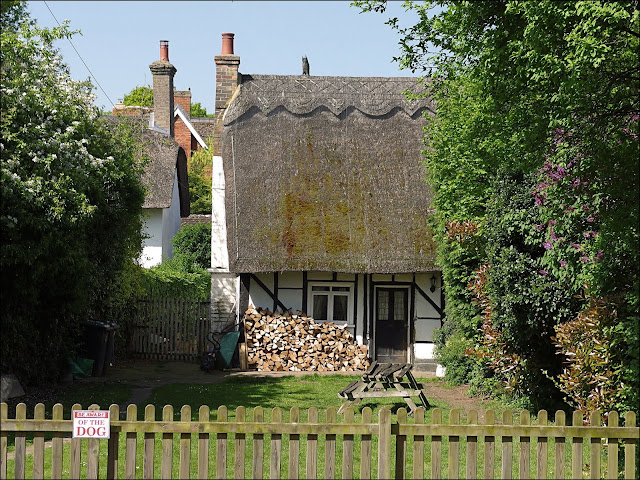 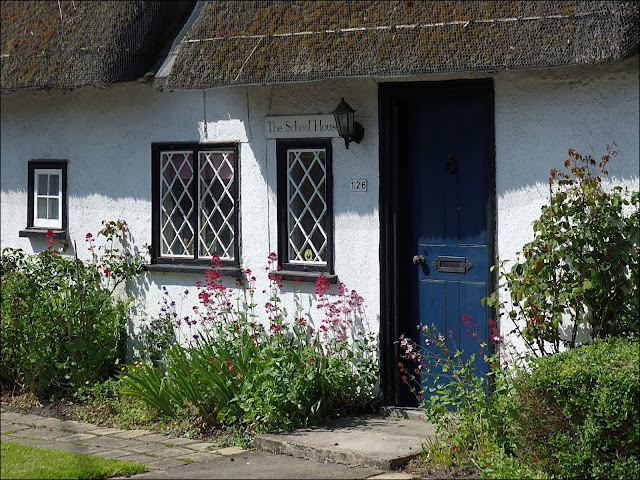 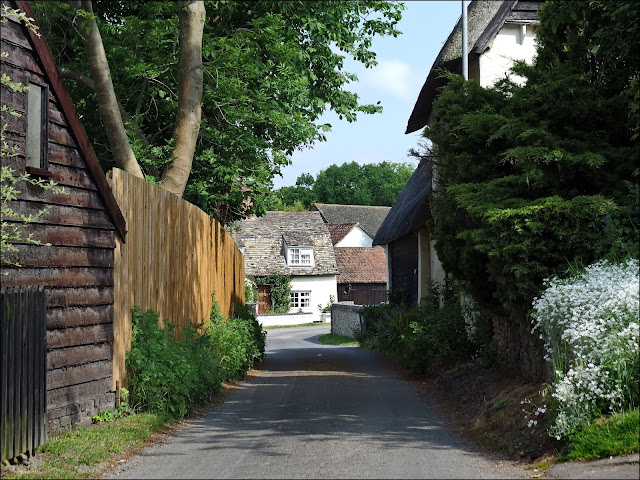 What about the future? - The first impression is that old buildings were thatched, then at sometime in the last couple of centuries better roofing materials were developed and that's what's been used since, apart from renewing thatch on buildings from an earlier age. But first impressions in this case are mostly wrong.

For centuries thatch, tiles and slates were all used, depending on what was available locally. In towns as we've seen thatch was little used because of the risk of fire. In areas where there were slate quarries they would use slates on roofs of even the most modest of buildings. Similarly tiles would be used if they were made locally. But that left huge swathes of the countryside where thatch predominated.

What changed a couple of hundred years ago was a revolution in transport with canals, and later railways, being constructed which allowed slate and tile to be transported all over the country.

But thatch was still used sometimes and throughout England you can find estate villages which were built in the traditional style just because the lord of the manor thought it would be nice to have a quaint village on his land. I used to drink in a pub in my home village which had a thatched roof - it was built as recently as 1936.

Even today modern developers occasionally build houses with thatched roofs in order to get permission to build in conservation areas. And there are all those old cottages which still need their thatch replacing every few decades. 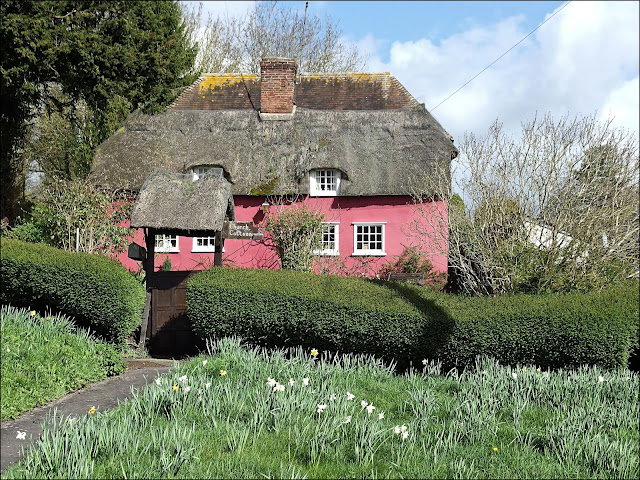