Beside the busy Newmarket Road leading out of Cambridge, just past the Retail Park, over the railway bridge, near to the scrapyard and Cambridge United's football ground, stands a little Norman chapel. It's known locally as the Leper Chapel and was once part of a leper hospital, which explains why it was built away from the town. I've always wanted to look inside the chapel. 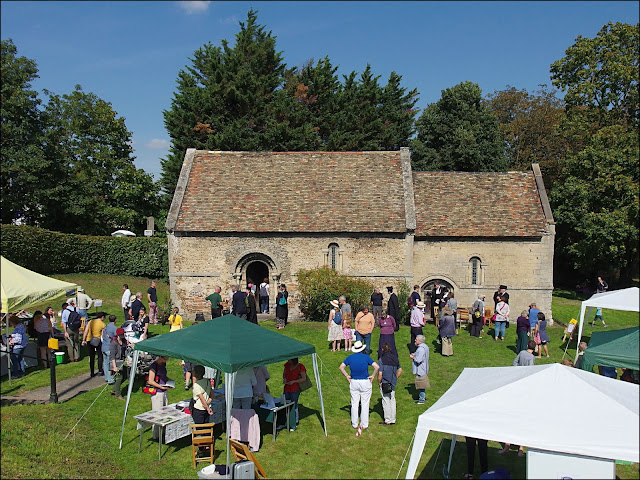 And Saturday provided the perfect opportunity as Cambridge Past Present And Future, who look after the little building, held their celebration of the old Stourbridge Fair. 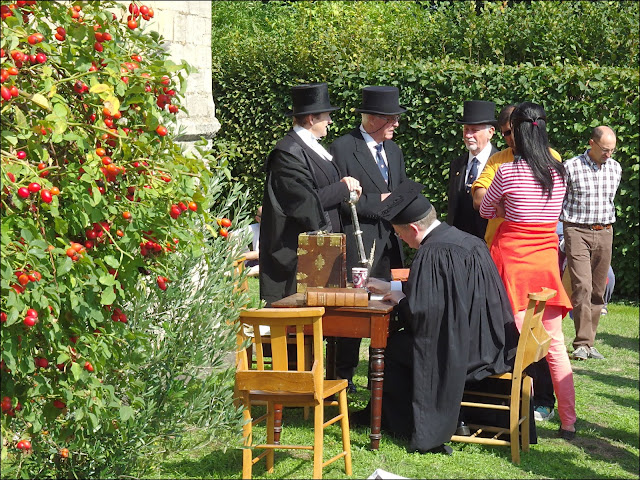 Important persons from the town and the university were on hand, as they would have been in days of yore, to open the fair and make sure that events proceeded in an orderly manner. 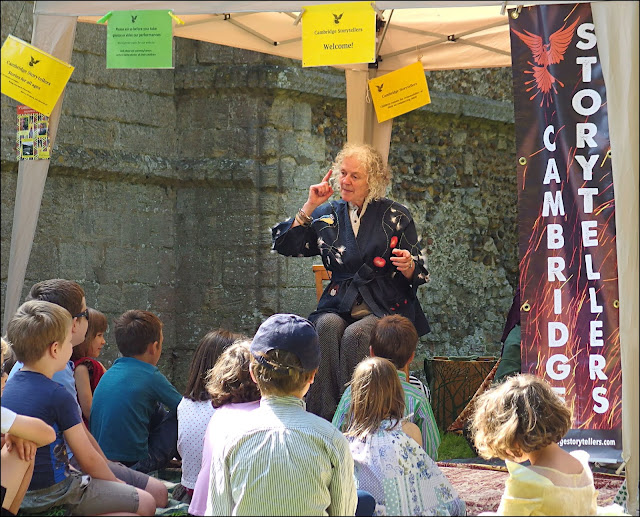 Around the back of the chapel Cambridge Storytellers soon gathered an enthusiastic audience of all ages. 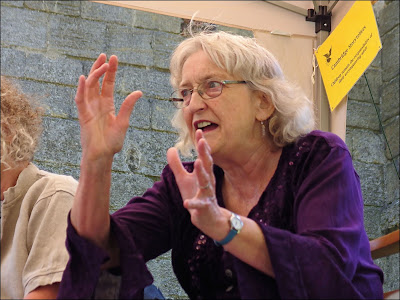 Things got quite dramatic! 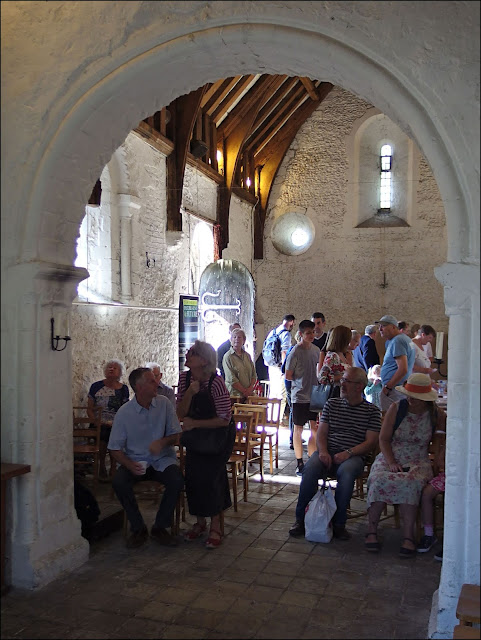 After the stories some of us gathered in the chapel for an entertaining talk about the history of the chapel and the fair by Honor Ridout. Amazingly this gathering of traders on a piece of rough ground, over a mile from Cambridge was at one time the largest and most important fair in the country and possibly in Europe. 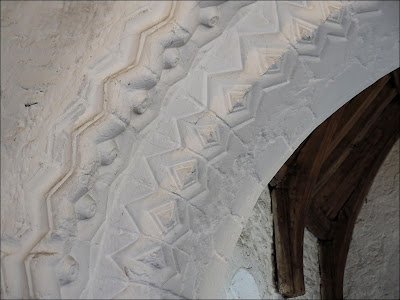 It was fantastic to sit and hear about the chapel while sitting directly beneath the wonderfully carved Norman arch which has stood for around 900 years. 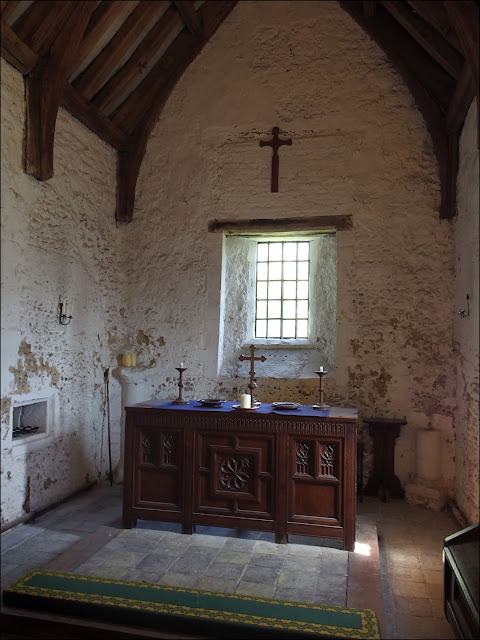 I may one day write about Stourbridge Fair but those who want to learn about it now could not do better than read "The 800-year-old Story of Stourbidge Fair" by Honor Ridout. Lets go out into the sunshine again to see what medieval revelry is afoot. 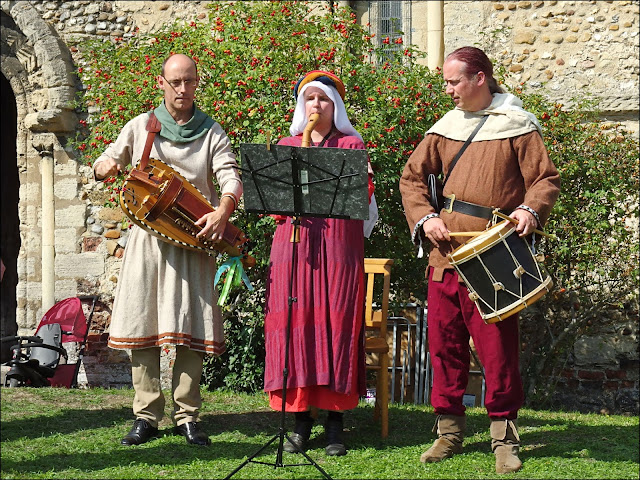 A band had assembled by the chapel wall. For those not familiar with the instruments of merrie musicke, that contraption on the left is a hurdy-gurdy. It's played by means of a handle which turns a wheel which makes contact with strings when the keys are depressed - like a sort of mechanical violin. It also has drone strings which make a sustained low note. An interesting sound. 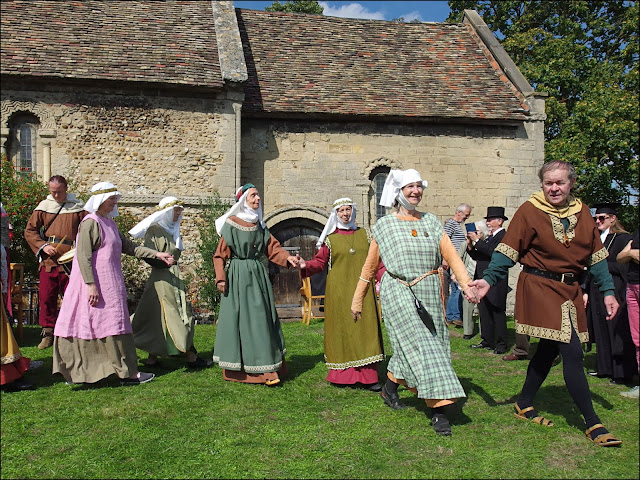 Not only music but dancers too, the Capriol Mediaeval Dancers from Cambridge. 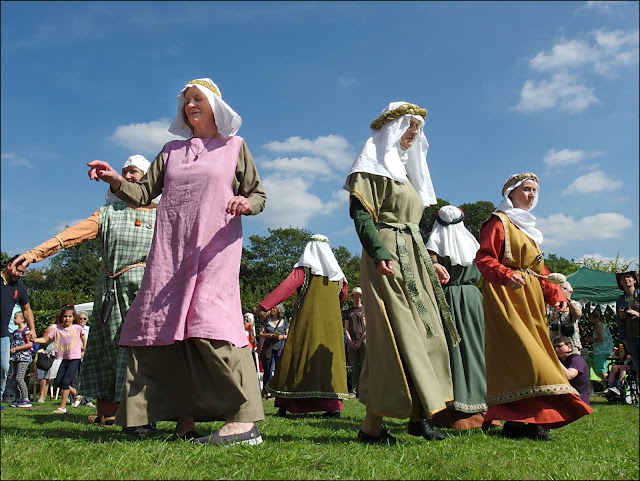 Then the audience were invited to join in for a final Farandole.... 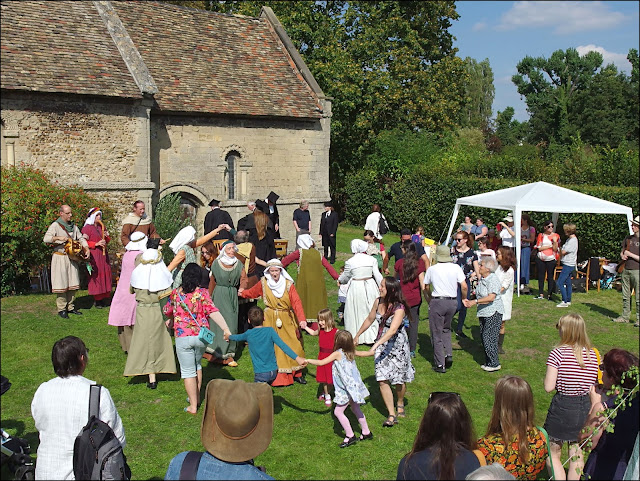 A friendly and informative sunny afternoon - and much better than slogging around the retail park.

Posted by John "By Stargoose And Hanglands" at 11:02