While the rest of the country has had floods we were treated to a pleasant early autumn day yesterday. It would have been rude not to accept such an invitation to go for a walk. So I set off with no particular plan in mind but soon found myself heading over Chapel Hill towards Barrington. 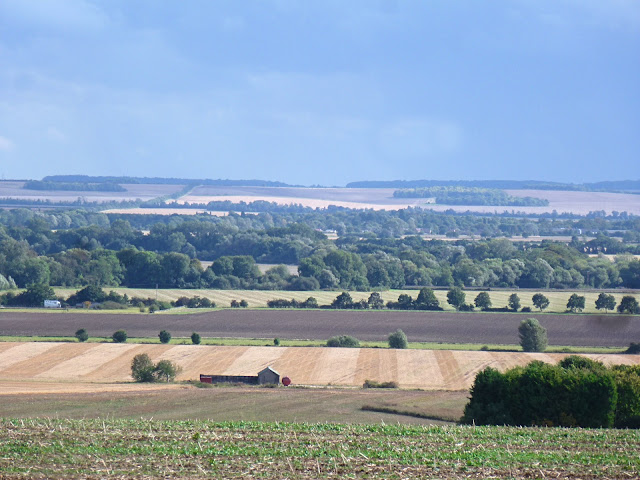 It would scarcely merit naming as a hill in some parts of the world but in this flat land it affords magnificent far-reaching views on a clear day, especially that kind of clarity that comes after a day of rain. On reaching Barrington I took a peep inside the church. 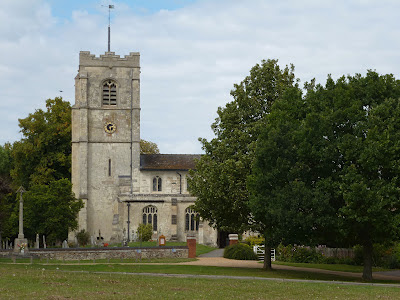 It was a nice old building with worn stone floors and that deep tranquillity that comes after centuries of worship. 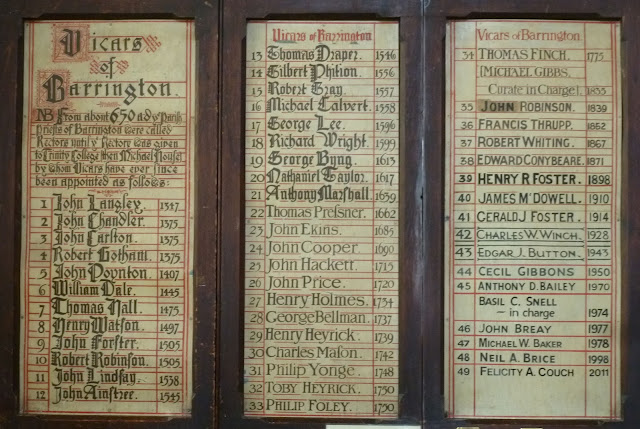 My eye fell upon the list of vicars of the parish, a list that went back to 1347. The first thing I noticed was that one Thomas Finch held the office from 1775 till 1835, that's sixty years! There must be a story there and indeed there was. During his time the church saw a terrible decline, congregations dwindled and the fabric of the building deteriorated. Rev Finch did not even live in the village but on Sundays would ride to the top of Chapel Hill, look down on the church and, unless the church warden signalled to him that there was important business such a Christening or wedding to attend to, he would turn his horse and ride home without so much as setting foot in the parish. The other name that jumped out at me was that of Edward Conybeare; a name I'd heard before and, lets face it, not a name one would easily forget! 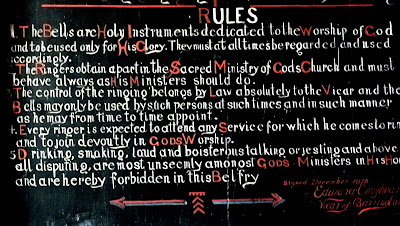 In the belfry was another notice. Here's what it says:

RULES
1. The Bells are Holy Instruments dedicated to the Worship of God
and to be used only for His Glory. They must at all times be regarded and used
accordingly.
2. The Ringers obtain a part in the Sacred Ministry of Gods Church and must
behave always as His Ministers should do.
3. The control of the ringing belongs by Law absolutely to the Vicar and the
Bells may only be used by such persons at such times and in such manner
as he may from time to time appoint.
4. Every ringer is expected to attend any Service for which he comes to ring
and to join devoutly in GODSWorship.
5. Drinking, smoking loud and boisterous talking or jesting and above
all disputing, are most unseemly amongst GODS Ministers in His House
and are hereby forbidden in this Belfry
Signed  December 1876
Edward Conybeare
Vicar of Barrington

Goodness knows what outrage prompted such a notice, but there was that man again, Edward Conybeare. 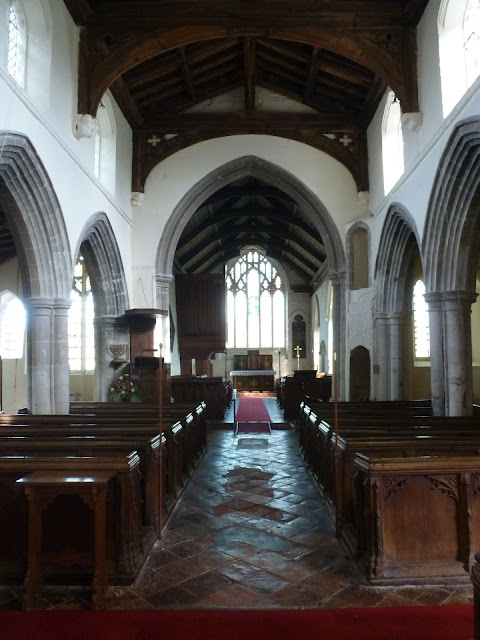 In fact much of the interior of the church as we see it today is attributable to Rev Conybeare for he spent over two thousand pounds of his own money restoring the church and was also persuasive in obtaining funds from elsewhere. 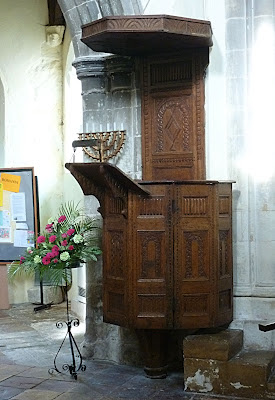 Here is the pulpit from which Conybeare preached. It is seventeenth century but was repaired at the good vicar's expense. And what is that strange object behind the pulpit? A candelabra? 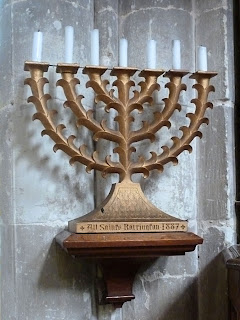 You've guessed it, one of Mr Conybeare's highly original improvements. Much of the stained glass dates from Conybeare's time including one paid for by his five children in thanks for the idyllic upbringing they enjoyed at the vicarage. Their cousin also visited them there; she became better known as the writer Rose Macauley ("Towers Of Trebizond" etc.) 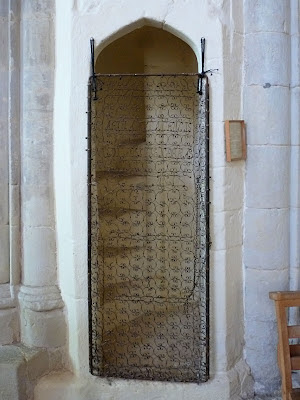 At a time when there was high unemployment in the village Conybeare set the young men to work making the ornate gate to the rood staircase in the church. He supervised this work himself having been taught the technique by a man from a neighbouring village. He also arranged for a better water-supply for the village to be dug by the unemployed men and ditches to be cleaned on the green. 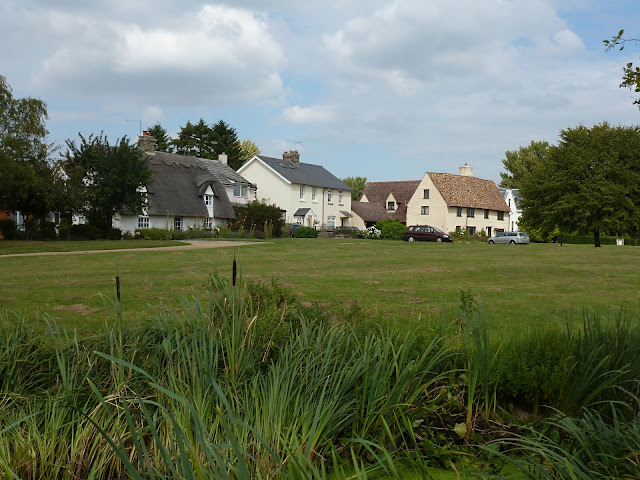 But, (Google to the rescue) the place from which I knew his name was as the writer of an early book about the history of Cambridgeshire, a book which is often quoted in modern books but which I've never read. I'm sure there is much more to learn about the eccentric vicar but for now we'll leave him pedalling his tricycle through the lanes of Barrington with his wife sitting perched on the handlebars. Now is that the way that GODS Ministers should behave?

Posted by John "By Stargoose And Hanglands" at 22:46