Cars Among The Gravestones.

At the weekend I was lucky enough to visit my local church. Not for the Sunday service, not even to explore the architecture and monuments, but to attend a car show. So, although I've done a few posts recently looking at vintage vehicles, I intend to show you some of the highlights - or at least the ones that I noticed and photographed; as always when I got home and looked at the programme of the event I realised that there were several exhibits to which I should have paid more attention! 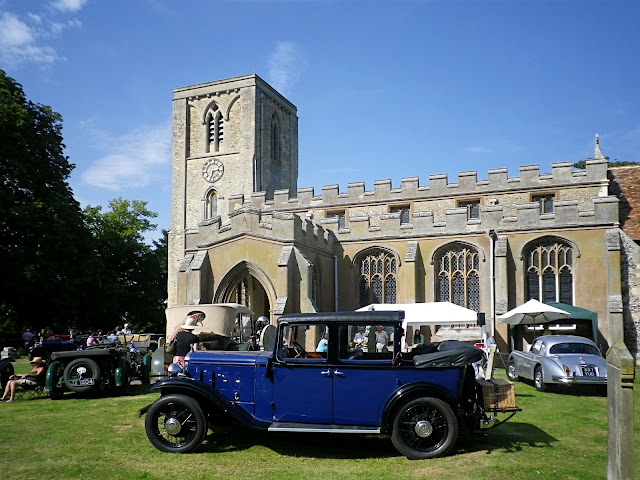 Our parish church, Holy Trinity,
and in the foreground an Austin Landaulette, 1934. 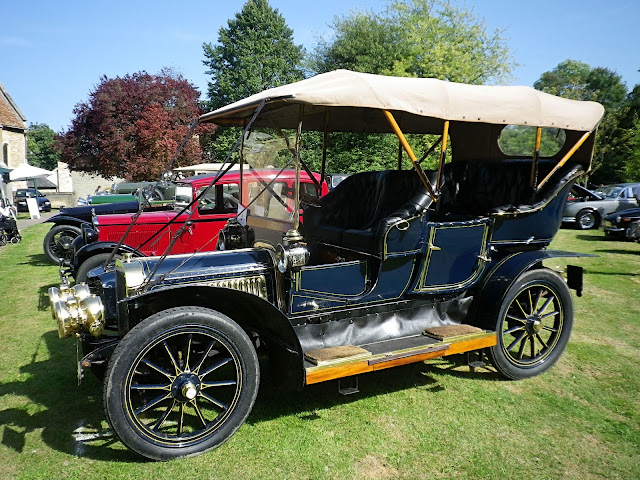 A rare beast,
An "Argyll" made in Scotland in 1905.
It has a French-made 4-litre engine.
Cost £560 including lamps and tools.
(accessories, such as windscreen, were extra). 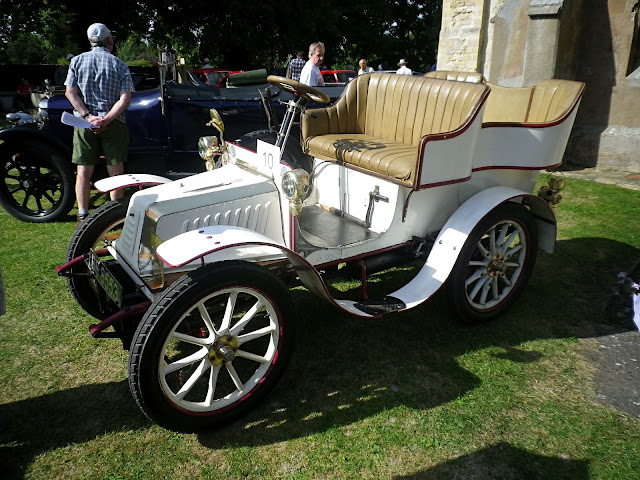 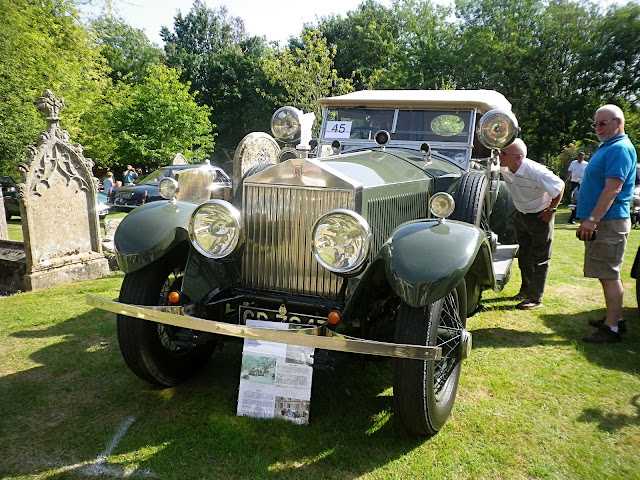 How about a Roller, sir?
A Rolls Royce Phantom 1927.
This one was made to order for
His Highness The Maharana Of Udaipur. 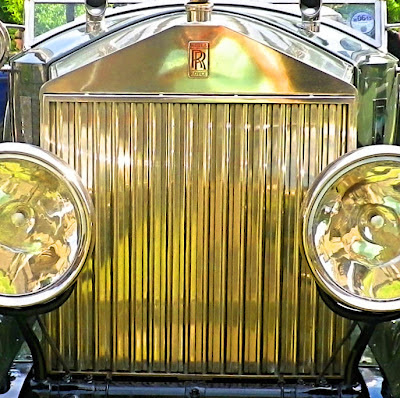 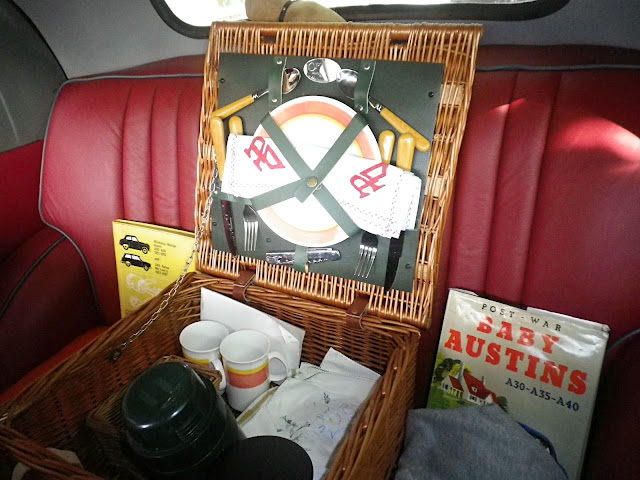 This Austin-owner displayed his picnic set
on the back seat.
Redolent of a golden age of motoring. 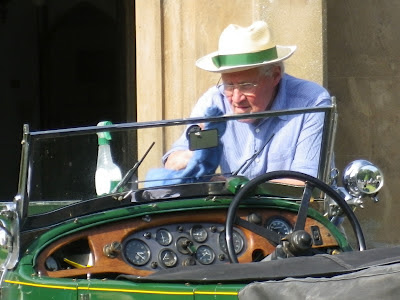 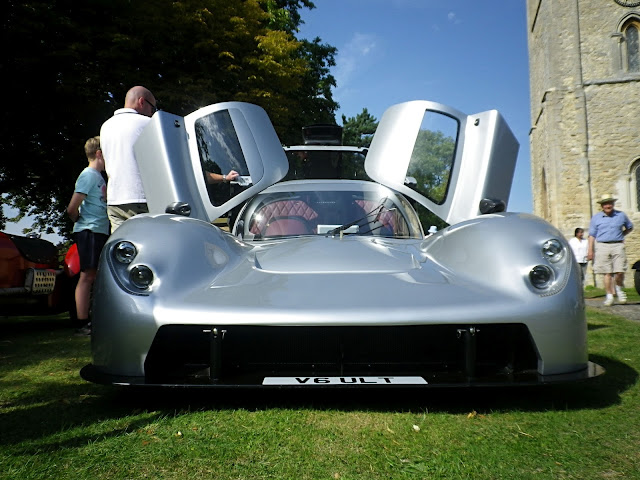 The other end of the spectrum,
A modified Ultima GTR
capable of  0-60 in 3 seconds
and a top speed of 205mph! 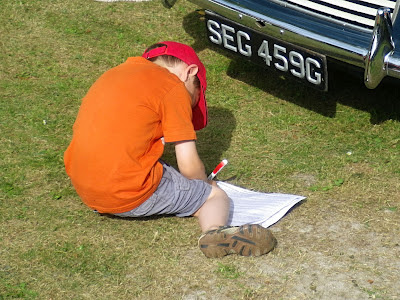 That's it, tick them off
so you remember what you've seen!

But I was hoping to find a particular
motorcycle. 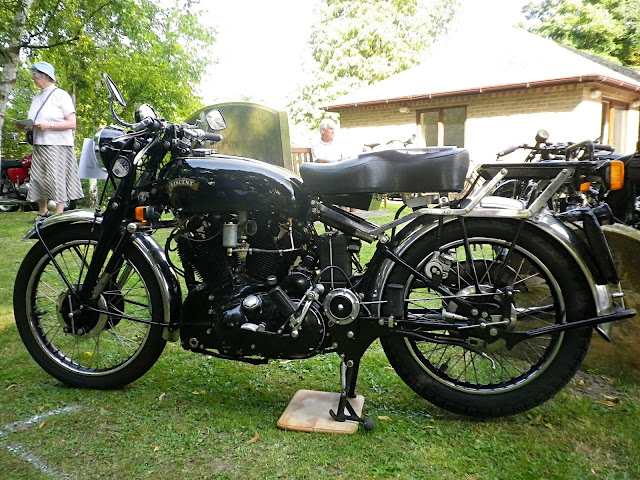 Jim, aka Wayfarin' Stranger, and I recently
had a correspondence about Vincent motorcycles,
particularly a song about a Vincent Black Lightning 1952.
The Black Lightning was a racing version of the bike above
which is actually a
Vincent Black Shadow 1954.
Vincents were made in Stevenage, just down the road from here
and regularly turn up at shows.
This one still rides beautifully despite being
58 years old. 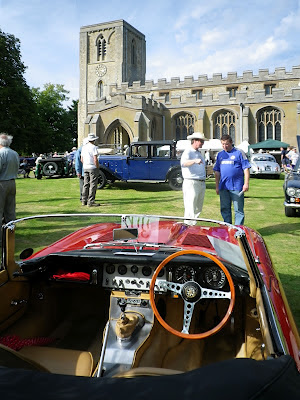 Take care.
Posted by John "By Stargoose And Hanglands" at 19:36