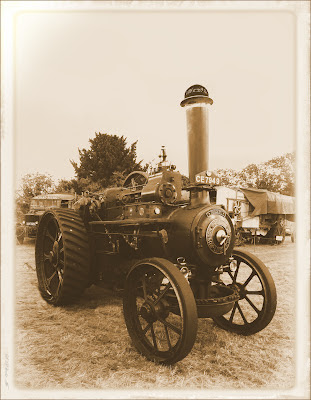 You see, that's what I thought my Dad used to say, "Got to go over to Witherow's tomorrow to help out with the thrashing". But later I read the word in books and they clearly said "threshing". Just one of those little mistakes that you make when you're young I thought. But now I have the evidence; I heard right all along! 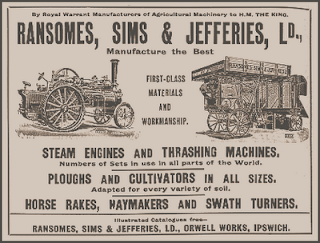 There it is in black and white: "Steam Engines And Thrashing Machines"  Well, if not black and white then fifty shades of sepia at least. (And apologies to anyone who thought that "A Good Thrashing" was going to be about something else entirely!)

So here are a series of photos to show the whole process. You will notice the large number of men it took to complete the operation which now all takes place, almost unseen, and with the minimum of human intervention. 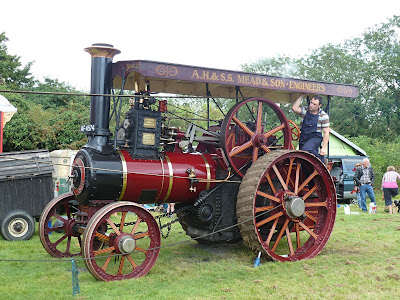 The Steam Engine which provided power for the whole process. 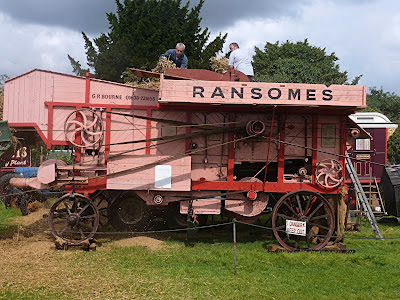 The thrashing machine itself.
Made by Ransomes , just like the one in the advert,
which separated the grain from the chaff and the straw.
It was driven by a belt from the steam engine
which stood to the right of this picture. 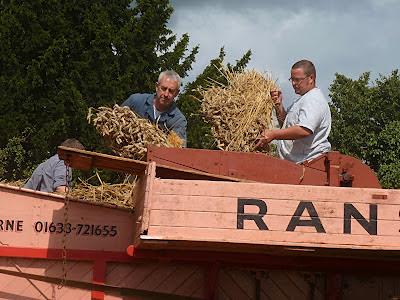 The whole sheaves were fed into the top of the thrashing machine by hand
from a trailer parked alongside. 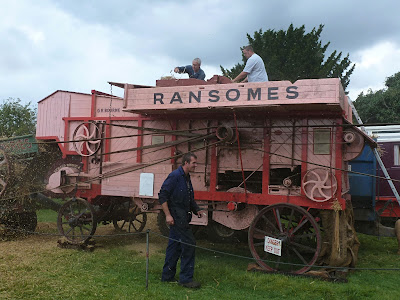 It was a very dusty business.
But where is that man going? 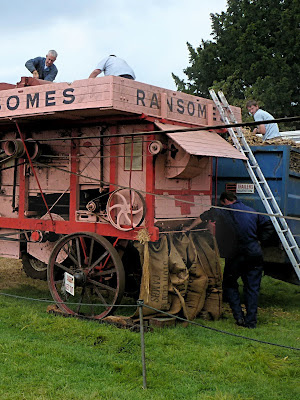 Off to the back of the machine
where the thrashed grain
is collected in hessian sacks.
It seems to take quite a while to get a sackful. 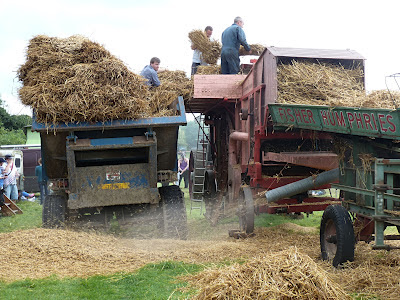 Meanwhile the chaff and dust are blown out
through this pipe.
Sorry about the modern trailer on the left! 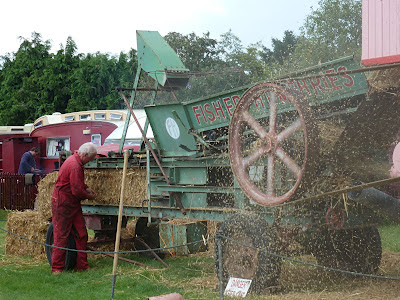 The straw is passed on to the stationary baler,
a very rare bit of tackle to see nowadays.
It is also powered by belt-drive from the steam engine. 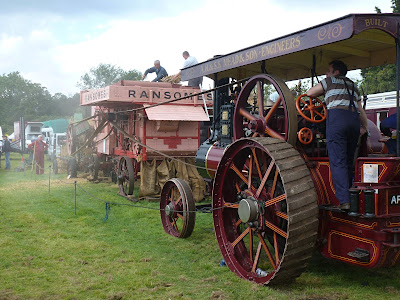 The whole chain of operation can be seen in this shot:
steam engine providing the power,
thrashing machine
and, dimly through the dust,
the stationary baler. 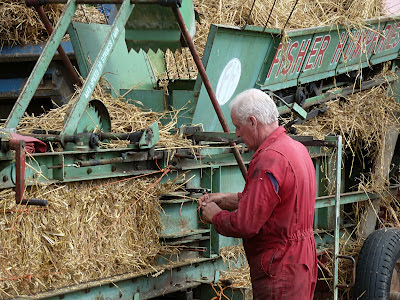 The bales were actually being tied by hand.
Many of these old balers used wire to tie the bales,
I'm not sure if  the knotters were broken,
the wire can no longer be obtained or
maybe this baler never had a machine to tie the knots.
I know, I should have asked!

Posted by John "By Stargoose And Hanglands" at 10:30