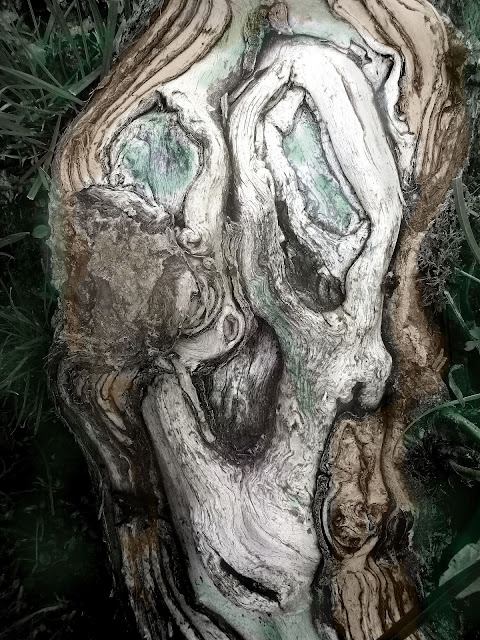 While out walking yesterday my progress was arrested by this horrific face staring up at me. It only took a milli-second to realise that it was just a tree root worn by the passage of many boots and revealing its internal structure to the world. When I got home I read some of my favourite blogs and found that Madge "The View From Right Here" was asking questions about how much we edit our photos, a matter that I've often thought about. So here is my rather extended answer.

You see, I've passed by that old tree root many times before and it's never interested me before. In fact I doubt I could find it again without a long search. And when I looked at the photo it didn't have the same intensity as when I'd been stopped by it in the wood. Maybe I should edit the photo on the computer. Would that be cheating in some way? 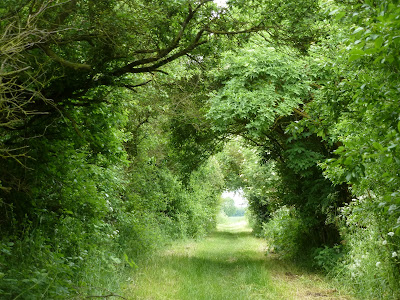 Well, it strikes me that we've already done a great deal of editing before we even get to see the picture. The photo above is exactly as it came "out of the camera", so no editing there then? On the contrary, first of all I imposed my framing on the landscape before me. That had the effect of editing out some rubbish that'd been dumped in this lovely tranquil lane. It also enhanced the "tunnel effect" created by the overhanging branches - in fact my cropping of the scene was not quite tight enough and you can glimpse the sky right at the top of the frame. Did I say "tranquil"? Actually we're really close to a main road at this point so the traffic noise has been edited out too! A man with a dog was nearby but he's been omitted and the impression is that the viewer of the scene is alone. Then out of all the time which God created - and he made lots of it - I chose that particular 1/500th of a second to show you; at other times it would have looked different. 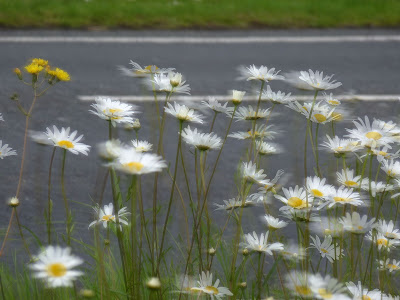 How about the above picture then? Is that more edited or less edited? It's actually been fiddled about with a great deal; I wanted to show you the way that the daisies were being gently blown around by the wind. Now if I'd just shown you one 1/500th of a second they wouldn't have looked as though they were moving at all. What you're looking at are three separate shots superimposed, one of which has been allowed to blur. Is that more like reality or less? 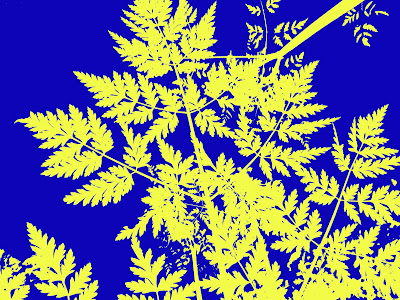 Of course you can really have fun with your photos and it's fairly harmless fun too. But usually the aim is to re-create that moment when a scene grabs your attention, that moment when you say "Wow, look at that!" 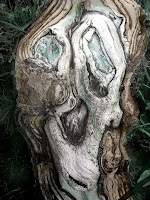 For the technos: the "face" was transformed to a near B/W image by de-saturating the image. Then some vignetting was carried out - making the picture darker around the edges to make the "face" stand out. (Interestingly early cameras used to do that anyway due to imperfections in their lenses, they also weren't as sharp at the edges as modern cameras - lots of shots benefit from re-introducing this "old look" on the computer). Then a new layer was created and very subtle colour was added which was later blurred a little. Hopefully it now has the same impact which that old tree root had for that milli-second I experienced it.