How to get started (somewhat belatedly) in the New Year?
The combination of meteorologists, virologists and Alexander Boris de Pfeffel Johnson have done their best to keep me at home in the warm, though I have sneaked out occasionally for a bit of exercise..... 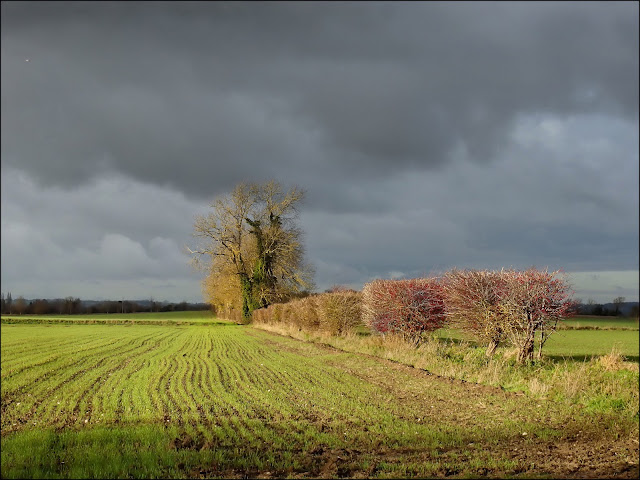 .....but that's the kind of weather we've been enjoying, usually without the little patches of sunshine, though we haven't had the snow which has been "enjoyed" by other parts of these islands. I have though been sorting out some photos from last year, ones that never made it to this blog, mostly through not being part of any overall theme. 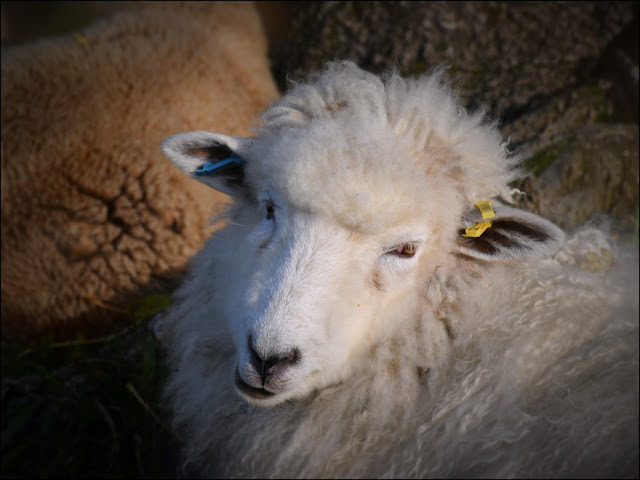 I did, at one time, have an idea to make a series of animal portraits, but didn't get far beyond the little flock of sheep that contentedly graze on Shepreth Moor. 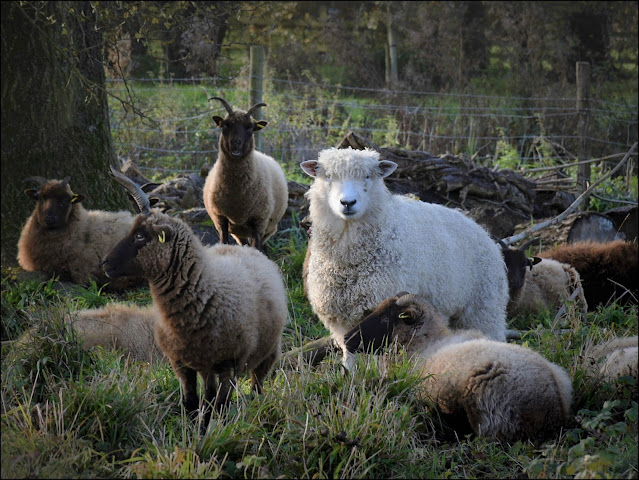 But those two photos are as far as I got with that little project!
Then a month or so ago I thought I'd do some close-ups of frost on leaves.... 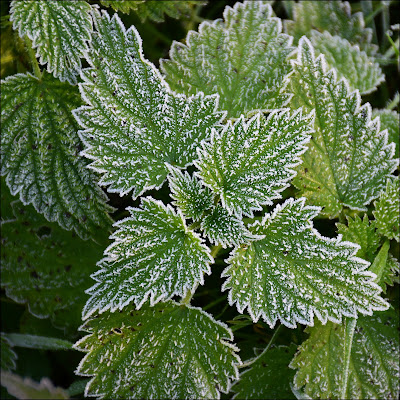 I took several but that's the only one that pleased me. 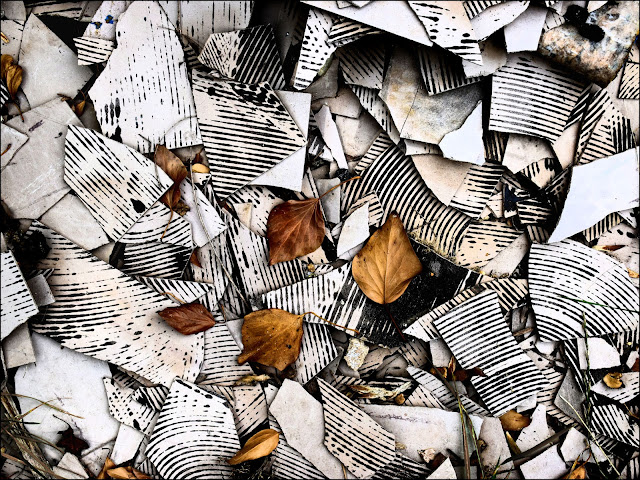 At some time last year somebody removed some old kitchen or bathroom tiles and, rather than dispose of them properly, decided to dump them alongside a little-used track. Even more inexplicably someone else then came along and took a photo. For some reason which I can't start to explain I rather like the end result! 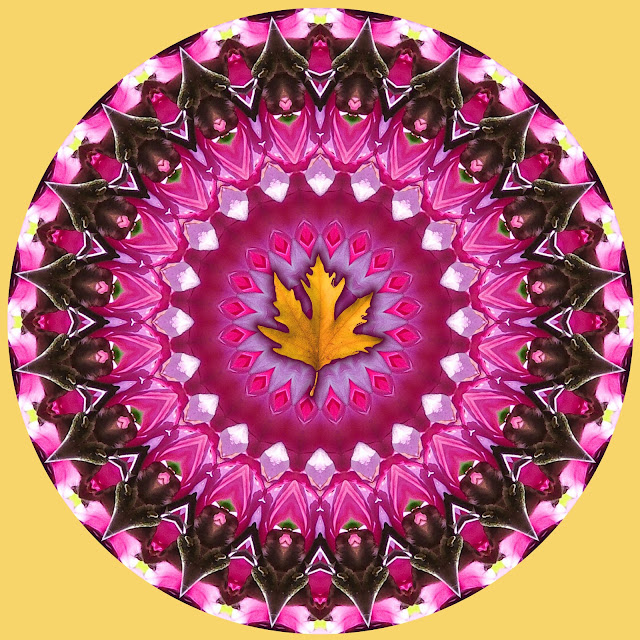 Then sometimes I start fiddling about with pictures of flowers and come up with some sort of mandala-like thingy.
Then again I might go out on another little walk to see if Spring is on its way.... 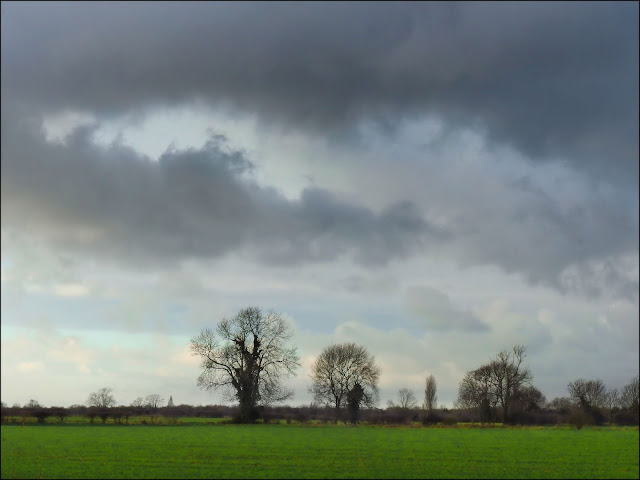 Soon maybe.
Take care.
Posted by John "By Stargoose And Hanglands" at 08:54