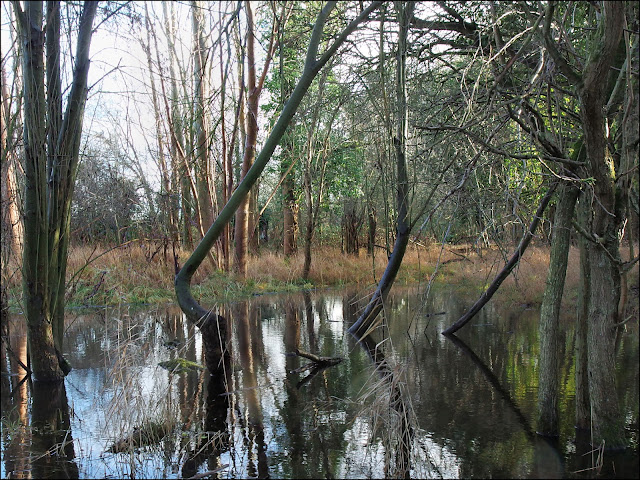 A set of photos from a couple of strolls around the RSPB's bird reserve at Fowlmere, just a short distance away from home. 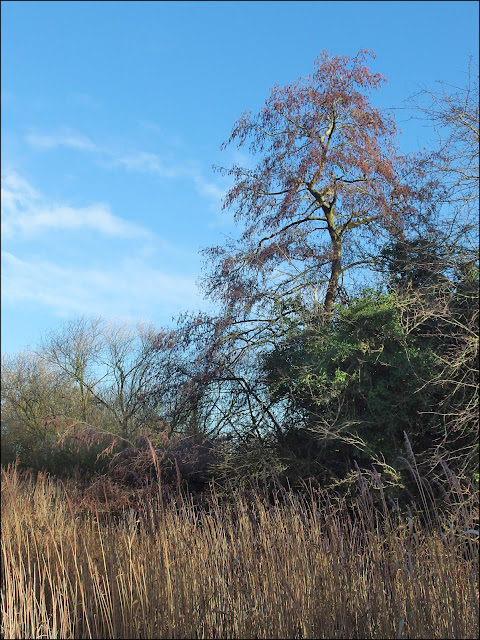 As most of you will know it's a regular haunt of mine, though at the moment it looks a little different as much of the wet woodland is wetter than usual, some of it very much underwater. 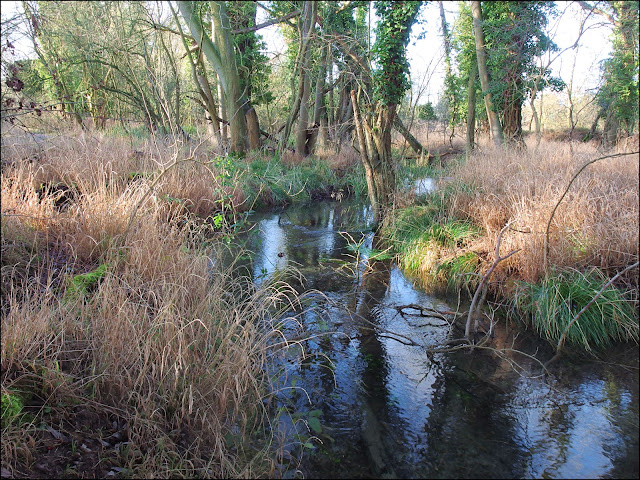 The main path around the reserve is mostly raised above the flood, though the woodland loop is, if not underwater, at least under-mud. The mud can be interesting though when it shows the tracks of the many Muntjac and Fallow Deer that make their homes here. We sighted both species in the flesh, including an almost white Fallow buck splashing through the reedbed. 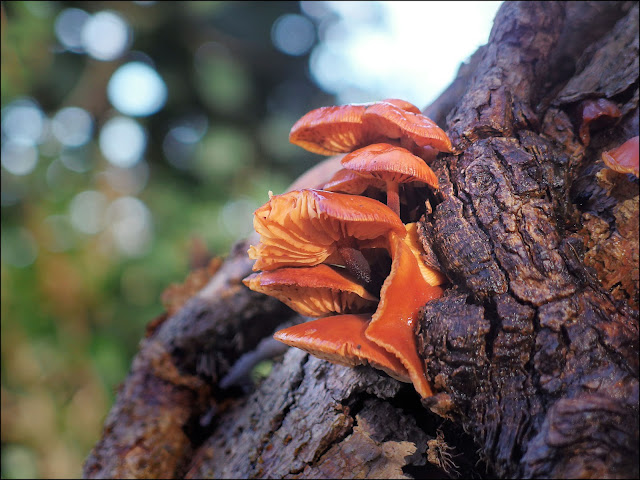 As it's been a relatively mild winter so far, fungi are continuing to thrive on the sodden rotting wood. 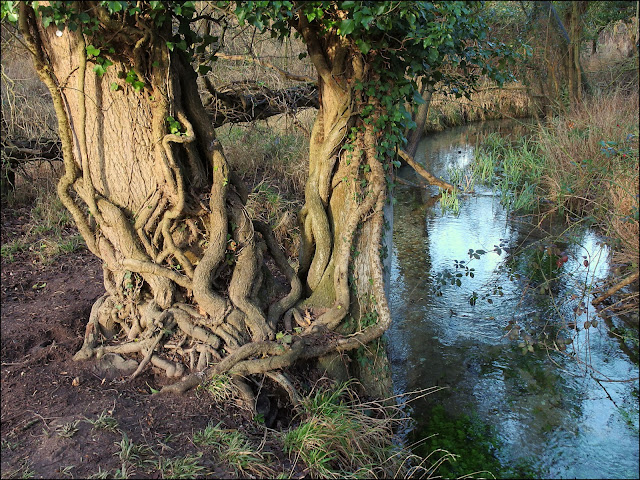 Ivy grows on many of the trees in this part of the country and, although it can eventually strangle the life out of the tree that supports it, its evergreen foliage provides a warm winter refuge where many small birds hunt for insects. 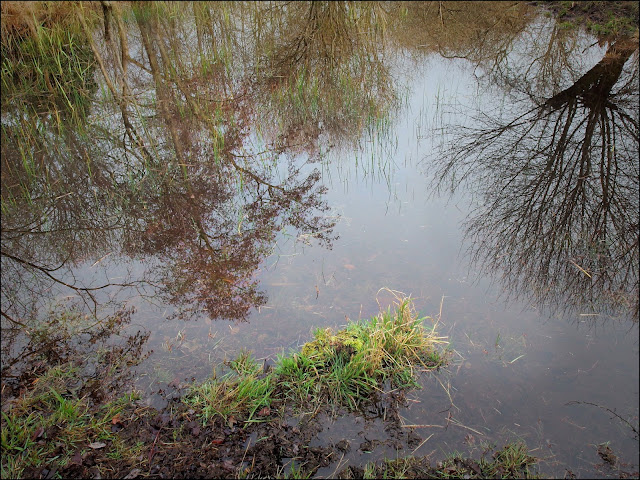 Most of my other local walks are also very wet at the moment, some involving a good deal of paddling while others are deep with mud. The path here at Fowlmere has another advantage in these Covidious times of being designated as one-way, so you don't spend all your time dodging out of the way of oncoming pedestrian traffic. 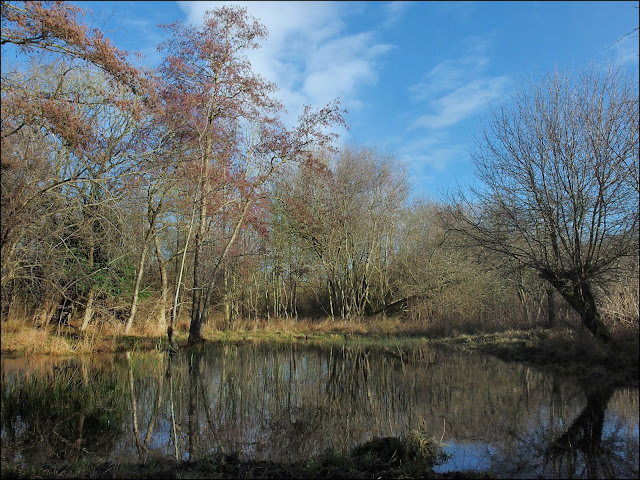 And there are some gorgeous little corners to explore, like the little pool above which was opened up a couple of years ago by cutting back some of the scrub vegetation. There are several trees on the reserve which have the strange shape of the one above; they seem to have collapsed in all directions as the ground gets regularly inundated every winter. 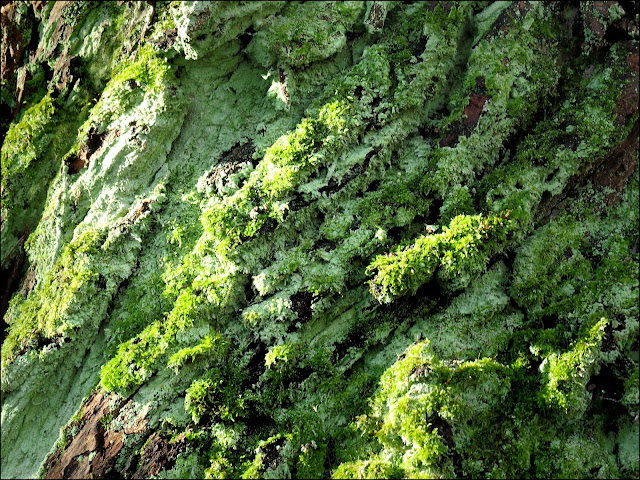 Mosses and lichens thrive too, anywhere they can get a foothold. 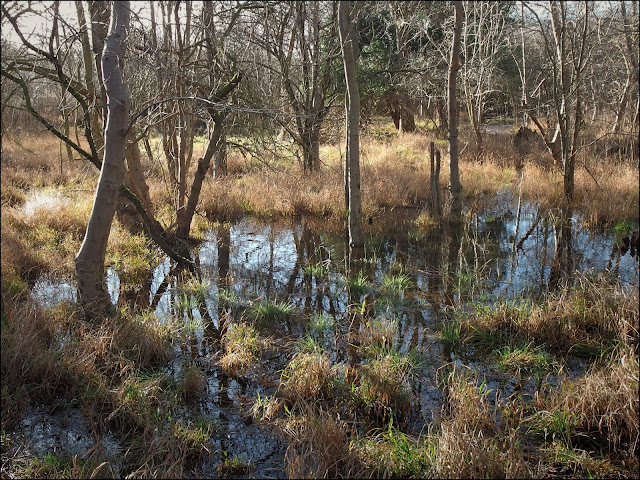 As it's a bird reserve you'd probably expect a list of birds seen, but there's been little of any great interest about on the last couple of visits, though on Christmas morning, when my brother and I went for a pre-dinner stroll, we spied a White-Fronted Goose on the meadow beside the entrance road. I knew they'd been seen elsewhere, but later learned that it was the first ever (!) sighting of this winter visitor on this particular reserve.

Posted by John "By Stargoose And Hanglands" at 10:36