There At My Feet 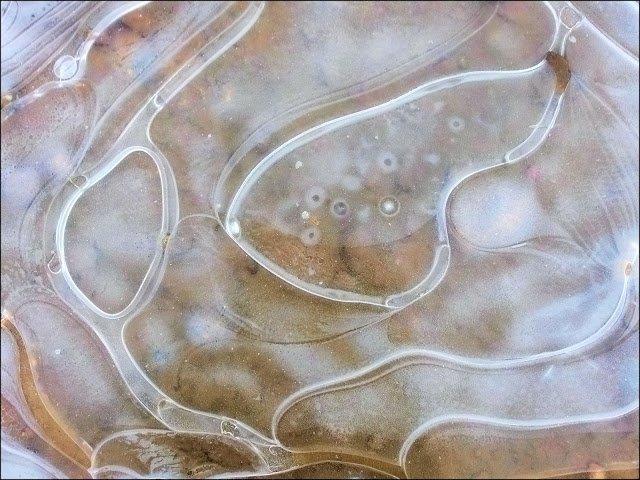 Sometimes you scan the far horizon for something to photograph: at other times it's right there at your feet. 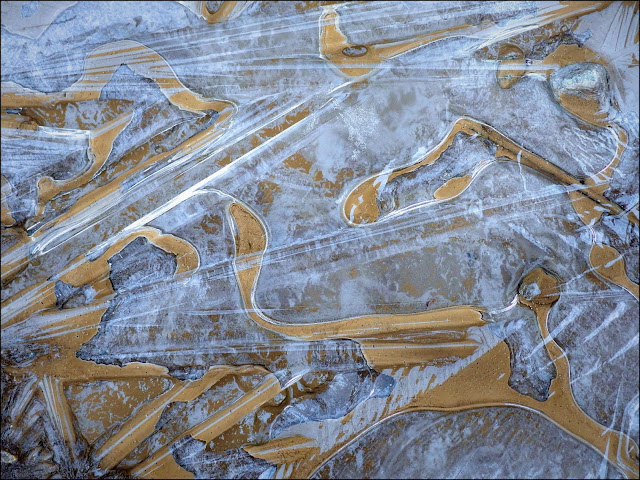 And if like me you nearly go base-over-apex within a few seconds of leaving your back door, you tend to keep a lookout for it for the rest of the morning. 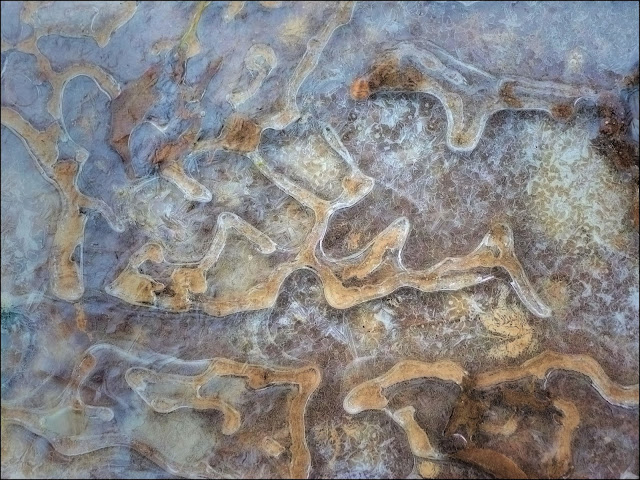 Ice! It was on every puddle, just waiting to catch the unwary. They say that art often arises out of adversity, so I resolved to train my camera lens on its extraordinary patterns and see if I could come up with any interesting photos from my morning tramp. 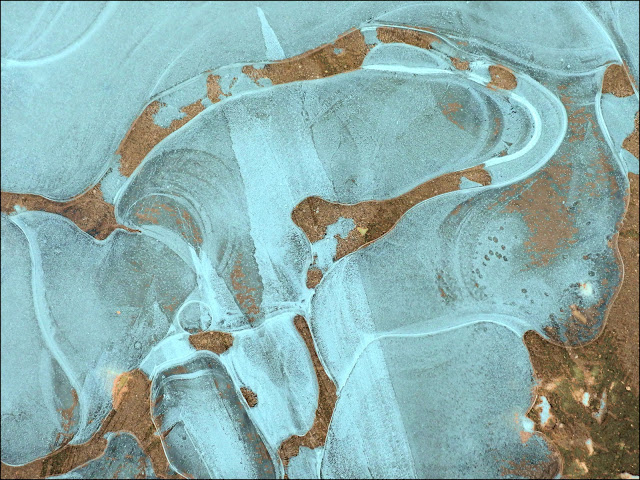 I suppose I was looking for some kind of abstract images, though that implies that what you see is removed from observable reality and makes you puzzle about exactly what you're looking at. That won't apply here because I've already told you what they are - frozen puddles, every last one of them. 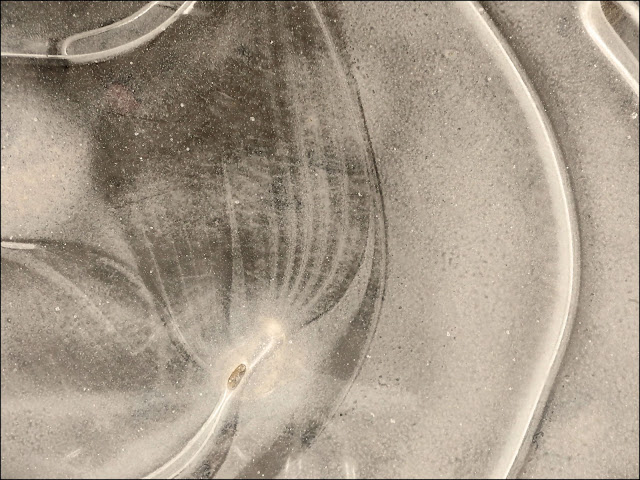 It was an overcast morning so I've had to give the pictures more contrast and boost the colour on some of them. But all the strange patterns were created by nothing more than the effects of sub-zero temperatures on muddy water. 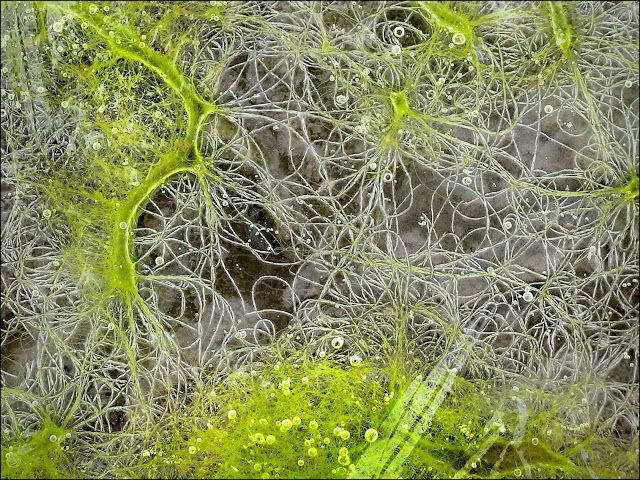 The green patches on the photo above seemed to be caused by some kind of algae, but exactly what caused all the wriggly lines I cannot explain. 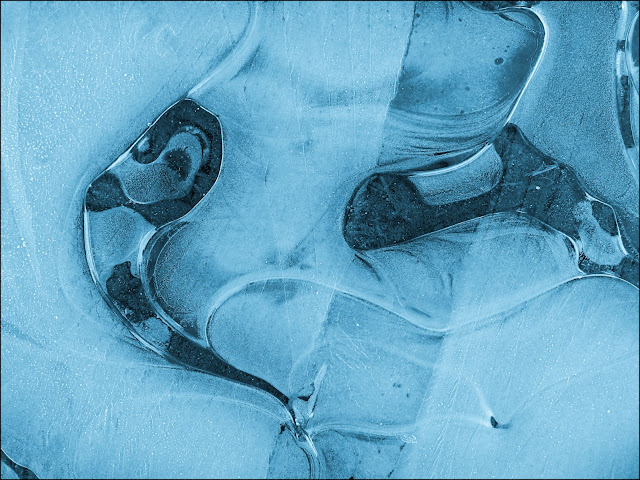 I was just on the look out for pleasing, or puzzling, patterns, but I'm sure some of you will find faces or animals lurking somewhere. I used to have that kind of imagination when I was younger but I seem to have lost it somewhere along the way! 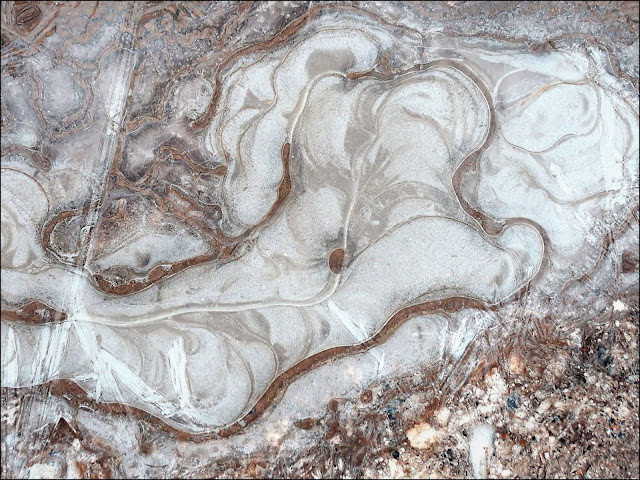 It's an oddly addictive kind of photography and one on which it was very easy to get hooked as there is such a plentiful supply of puddles around at the moment. 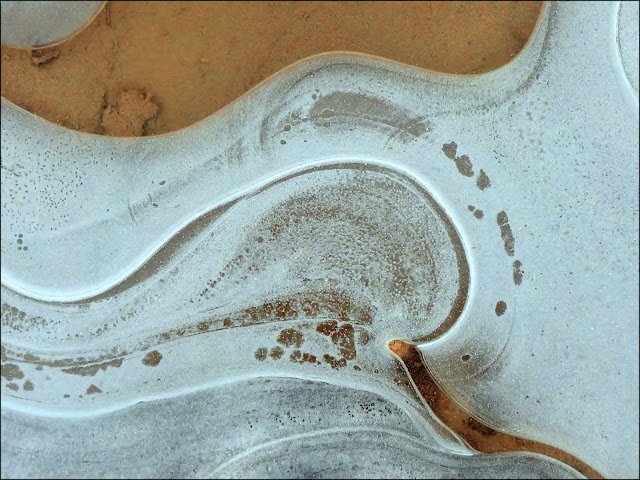 And every puddle seemed to have different patterns, even when they were only a foot or two apart and lying along the same tractor wheel rut. 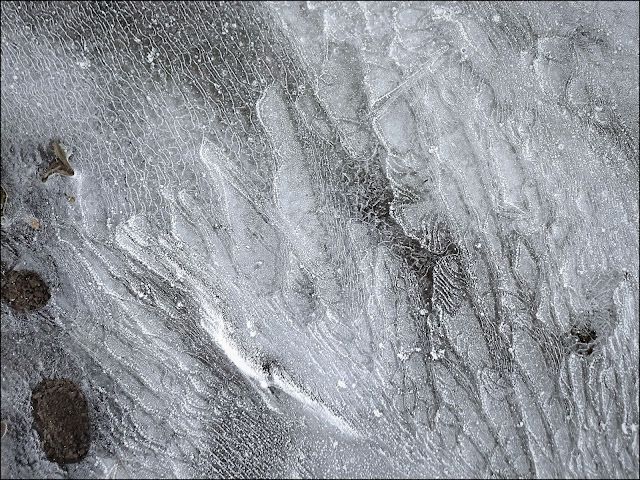 I suppose some scientists can explain just how all these patterns are formed. Even more scarily a psychologist might be able to tell you why I photographed some and let others go unphotographed! 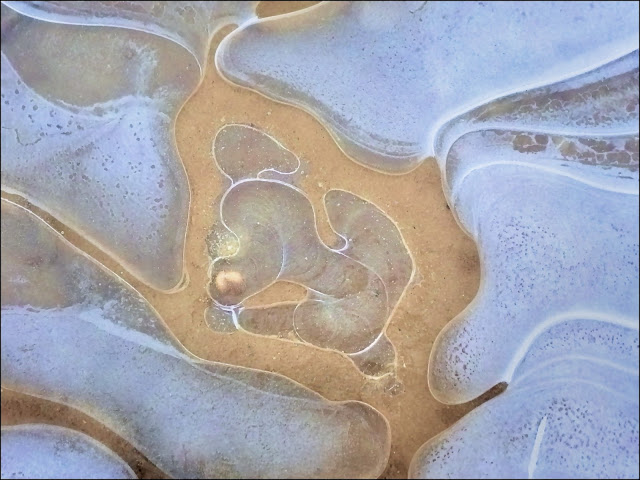 Or indeed why anyone would take pictures like this at all! 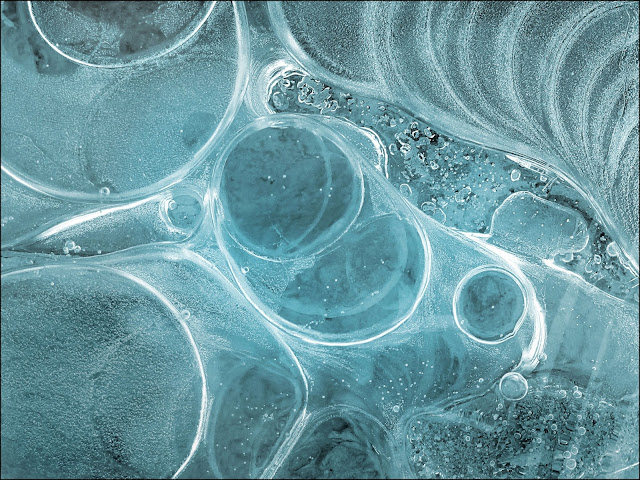 Or, for that matter, why you'd be looking at them! 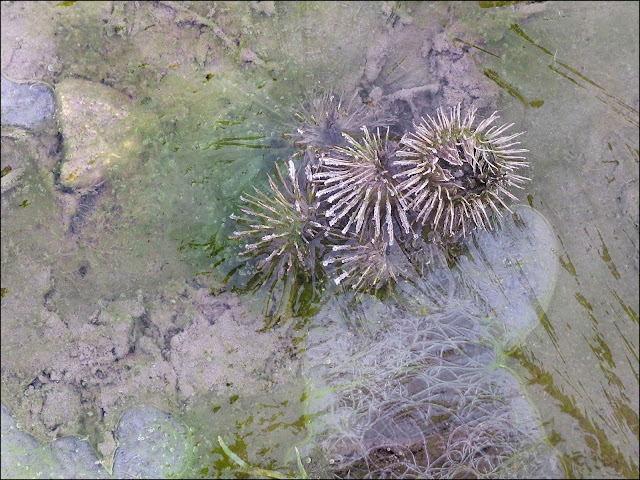 Anyway it passed a couple of hours of my time in a most pleasant way, and gave me a good appetite by the time I got home. 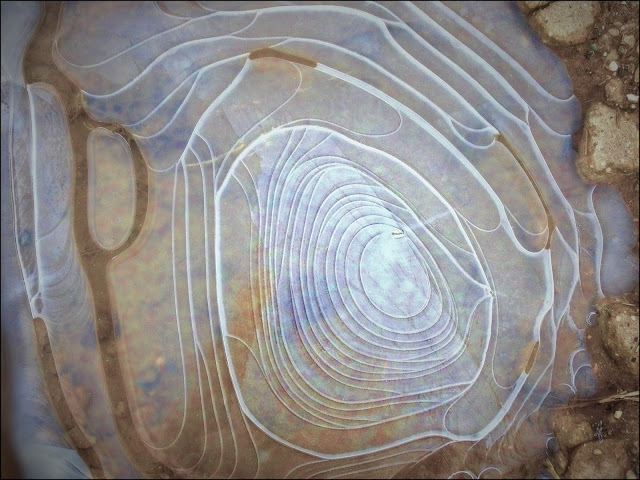 Take care.
Posted by John "By Stargoose And Hanglands" at 16:52