.....and a few other buildings found along the way. 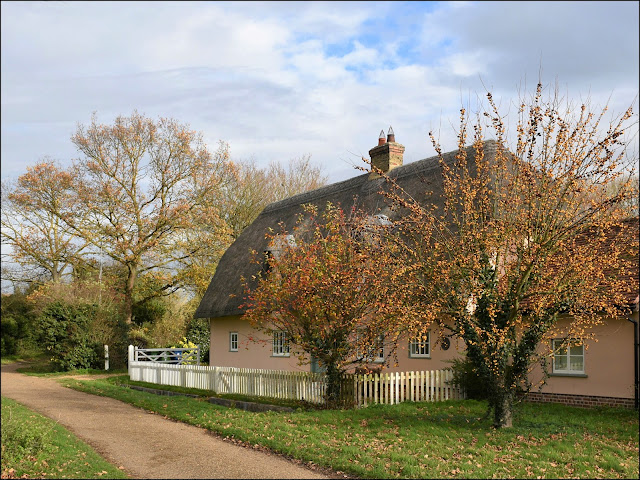 Just a few pictures of quaint cottages and other structures discovered during nearly ten years of blogging but which, as far as I know, have never seen the light of day before. 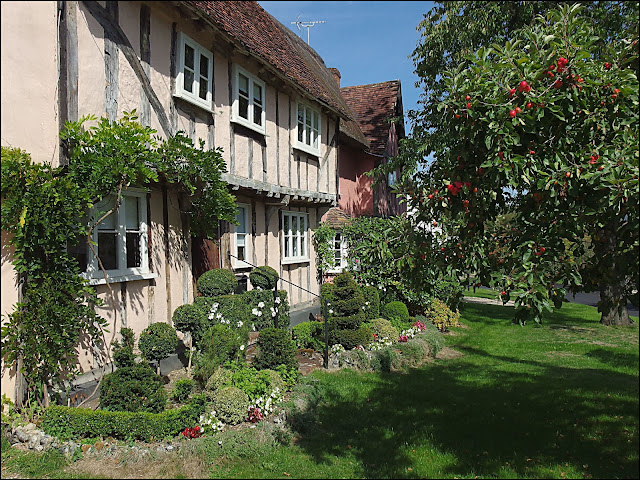 You are of course being treated to these pictures because I've not been venturing out much during the latest "lock-down" in this country. And to be honest the weather hasn't been very tempting either. 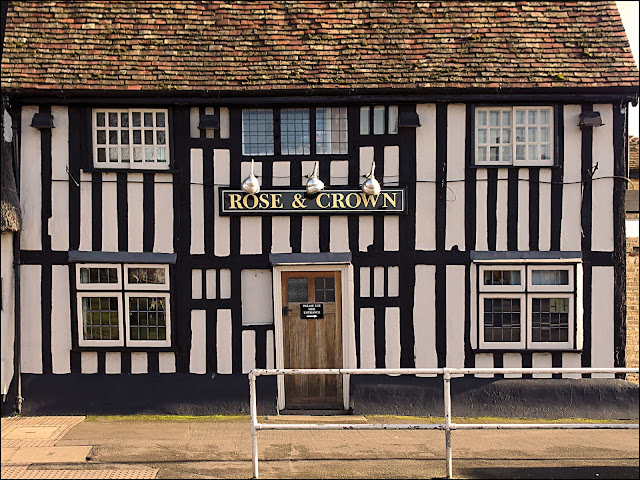 The Rose And Crown at Histon, photographed some years ago. 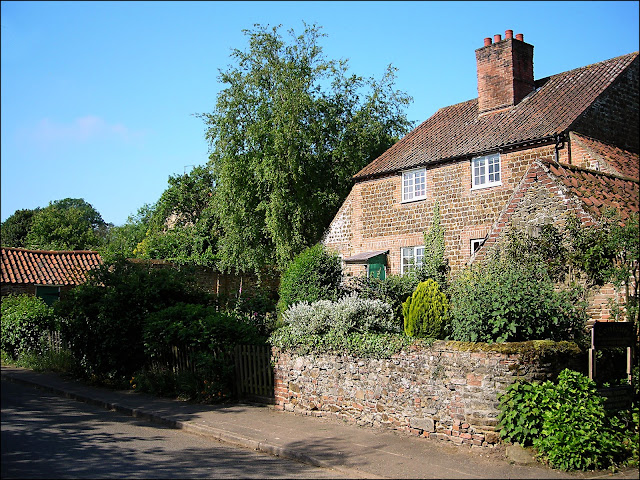 I think the house above stands in Castle Rising in north Norfolk. The house looks very much as though it's built from carrstone, a form of sandstone that outcrops in a narrow band running up towards Hunstanton. Wherever it occurs the older houses have that "gingerbread" look. 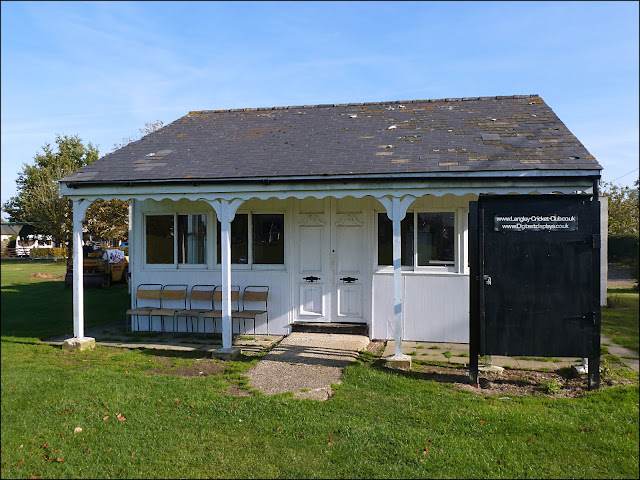 This little building is the cricket pavilion at Langley in Essex. For some reason the teams' changing rooms for cricket are always called "pavilions", however small and humble they may be. More importantly tea is also served there - cricket being the only game in the world that stops for for sandwiches, cake and a cup of tea! 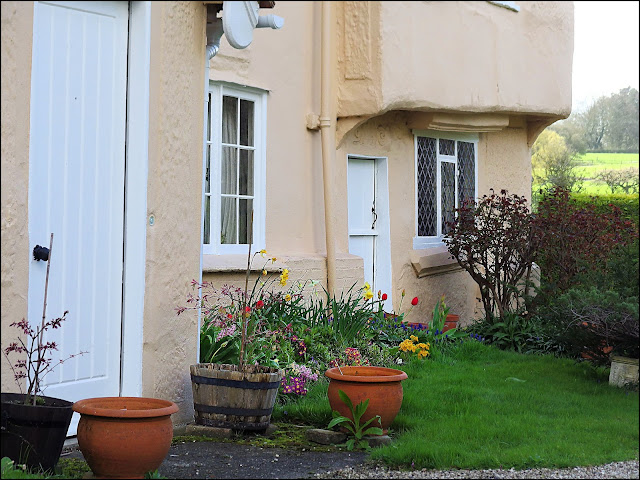 Cottages like these are much sought after by people retiring to the countryside. Without this constant influx of people (and money) many of these homes would have fallen down long ago. 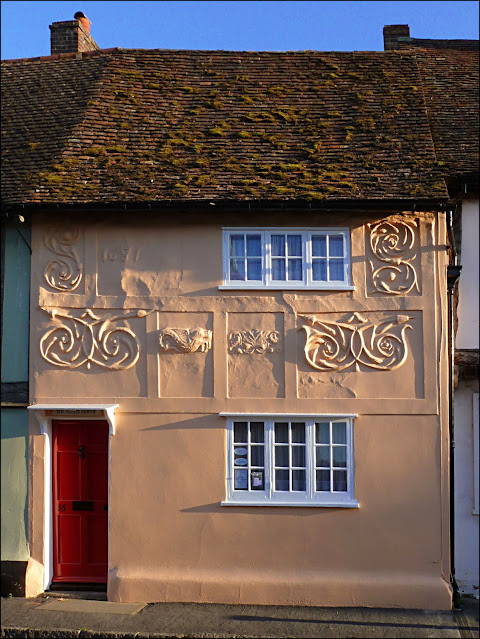 The evening sun here is picking out the pargetting, or fancy plaster work adorning the front of the building above. 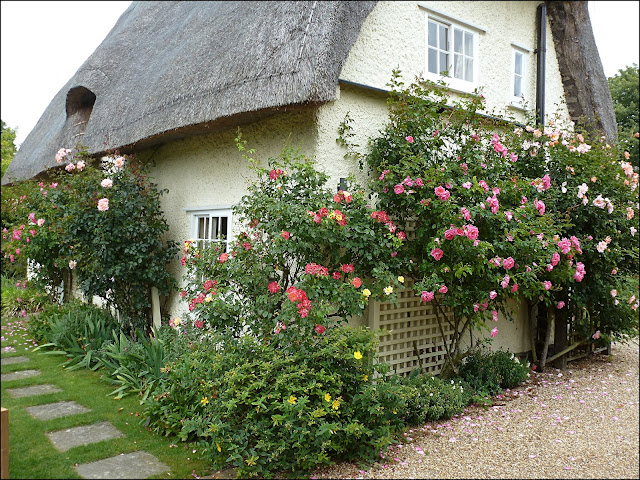 I think these lovely roses were growing around a cottage in Barrington, which was also where the first photo in this set was taken. It's just three or four miles down the road from me. 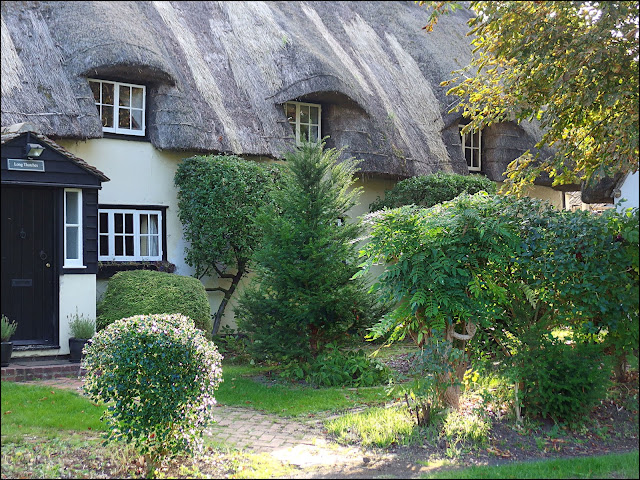 Many cottages in this part of England have the upper storey partly contained in the roof-space under the steeply-pitched thatched roof. Some of the oldest of these dwellings would originally have just had sleeping platforms reached by ladders and conversion to proper rooms only came later. 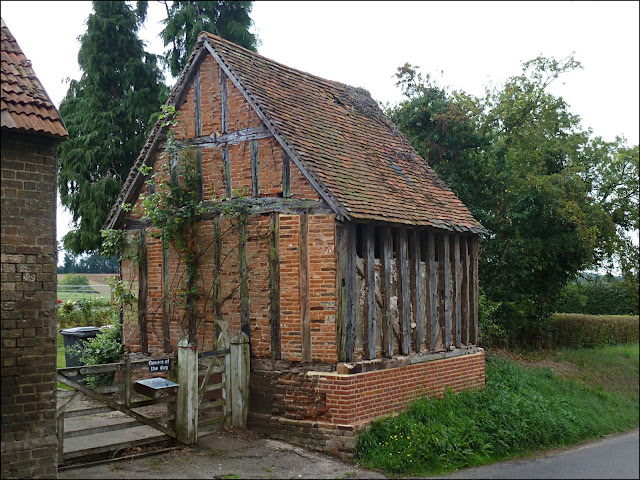 I suspect the little building above, standing beside a farm, may have started out in life as a small granary, though probably just used for general storage today. 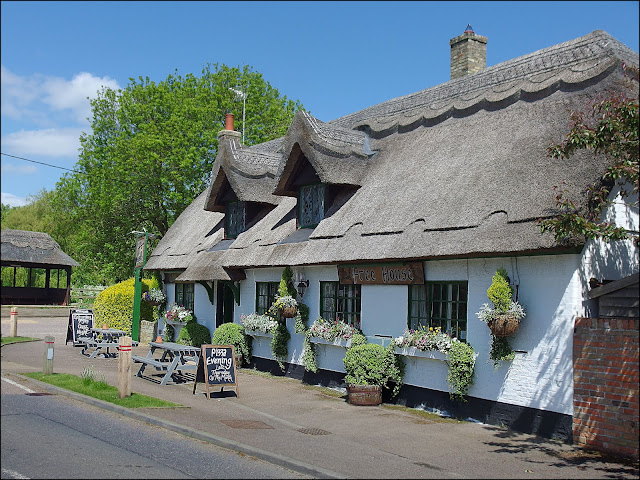 It's thirsty work whizzing all over the countryside like this, so you'll be glad to stop for a drink in The Poacher Inn. 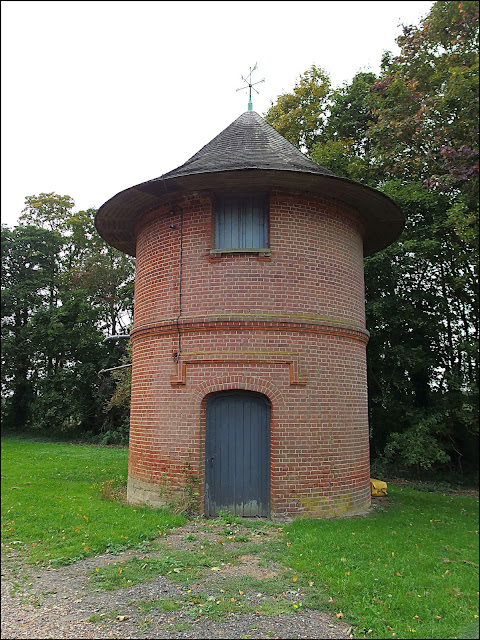 Another strange structure that I'm not absolutely sure about. I'd guess it was once a dovecot; nesting boxes for the pigeons were placed around the inside wall and reached by a rotating ladder fixed to a central post. The recently hatched pigeons, known as squabs, were considered a great delicacy. 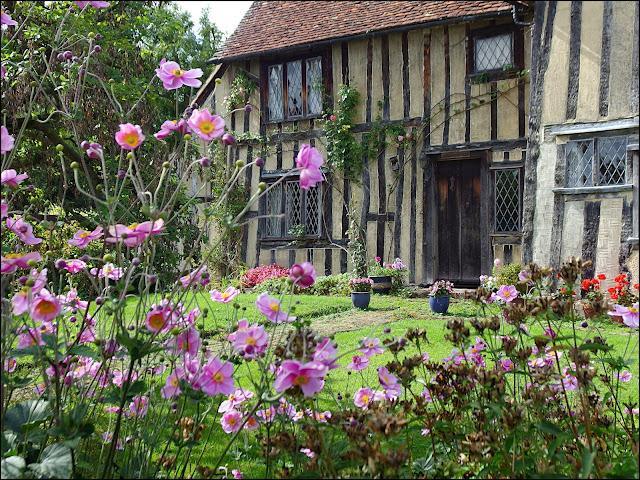 An ancient half-timbered house in the village of Ashdon. 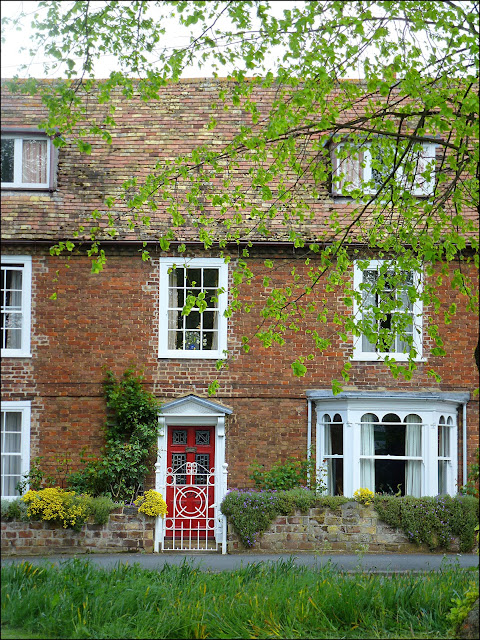 You not only need a certain amount of wealth to buy one of these old houses, but you then find that constant repairs are needed. Thatch, despite its obvious charm, needs replacing every thirty years or so and is a fairly laborious process, as can be seen below. 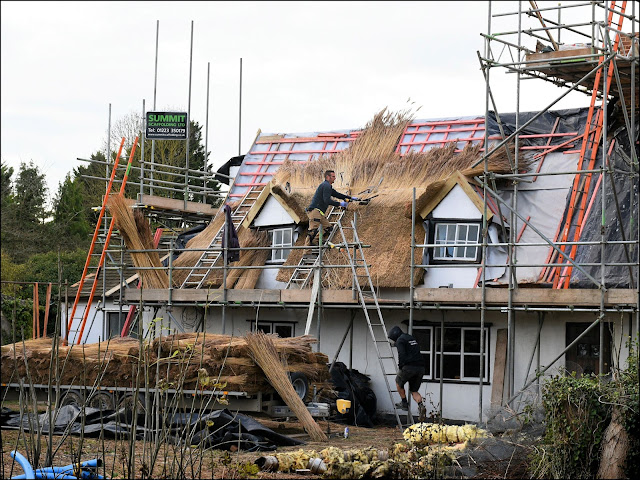