Raising the kitchen blind revealed that a sudden fog had enveloped the neighbourhood, making everything look strange and unfamiliar. As good a time as any for this morning's walk. Are you coming? 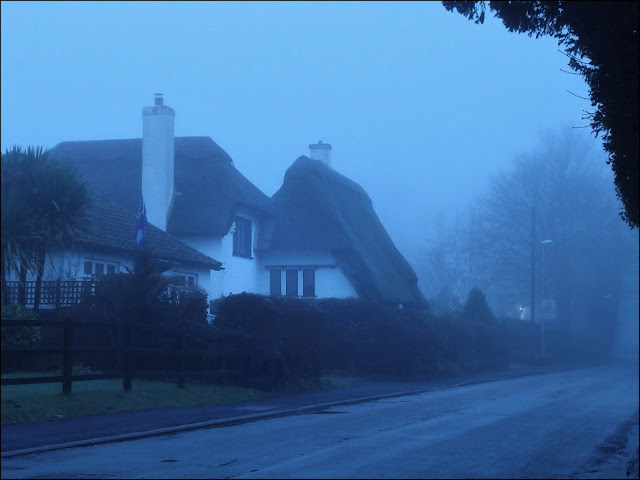 The sun has not yet arisen from its slumbers and the light has that magical blue cast which occurs at this early hour. Time then for some gentle, soft photos of the High Street and North End. 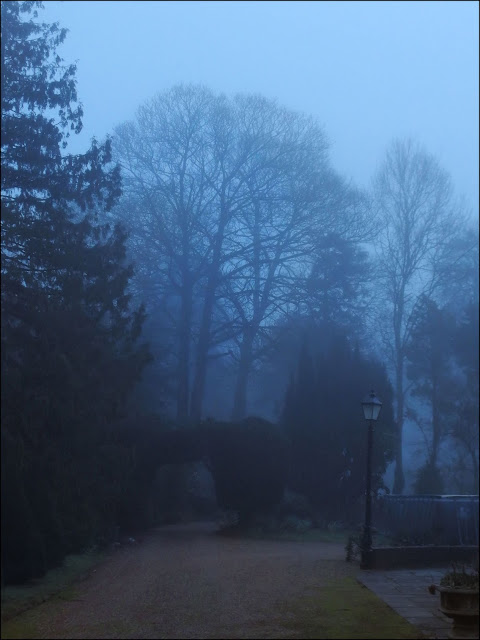 This won't last long so I'm all the time debating whether walking faster or slower is the best for taking photos. 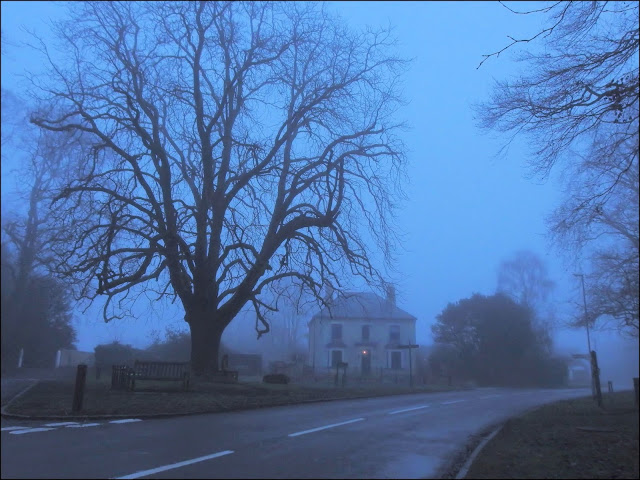 This mighty horse chestnut tree stands right outside where I used to work. 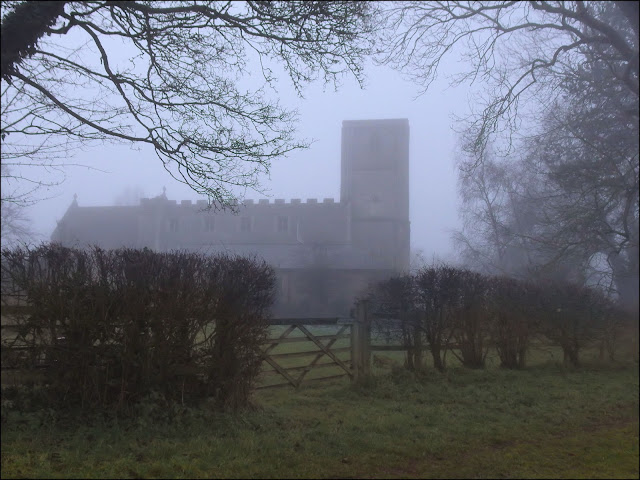 By the time I turn off onto the footpath that runs along behind the church the blueness is beginning to fade, but the mist will linger for a while yet. 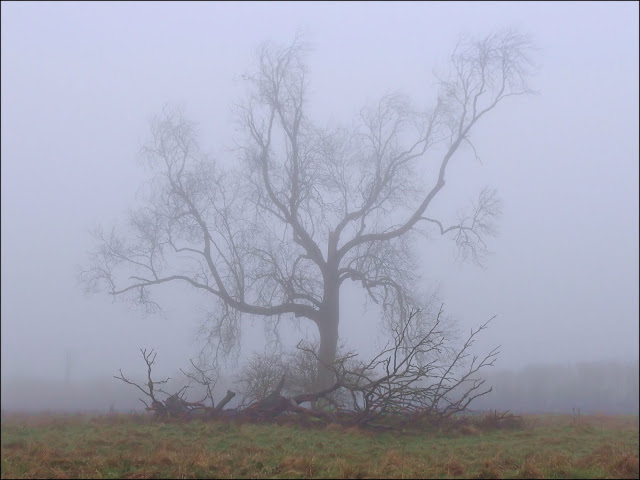 This silhouetted tree with the fallen branches lying in front appealed to me for some reason on this particular morning. I must have walked past it more than a hundred times before! 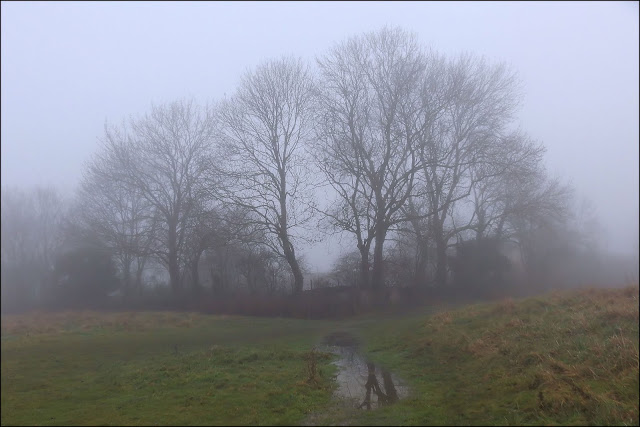 The same with this group of trees, though the heavy overnight rainfall has picked out what may well be an old trackway across the meadow. 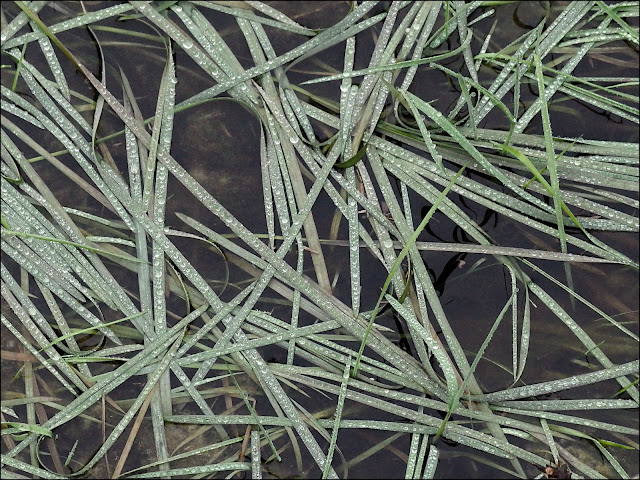 It was still misty when I reached the flood-prone meadow of Shepreth Moor, but I decided to take some shots of closer details like these floating grasses. 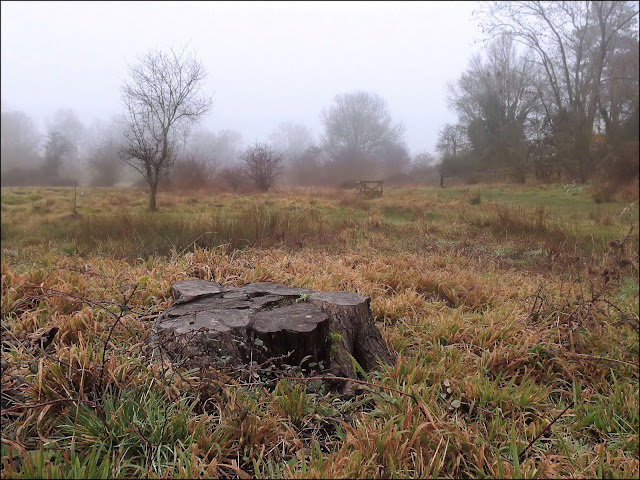 I've taken lots of pictures in the past of these sawn-off hawthorn stumps - and I added more to my collection, but I won't inflict them on you this time. Though I will show you a fallen tree that is covered with moss. 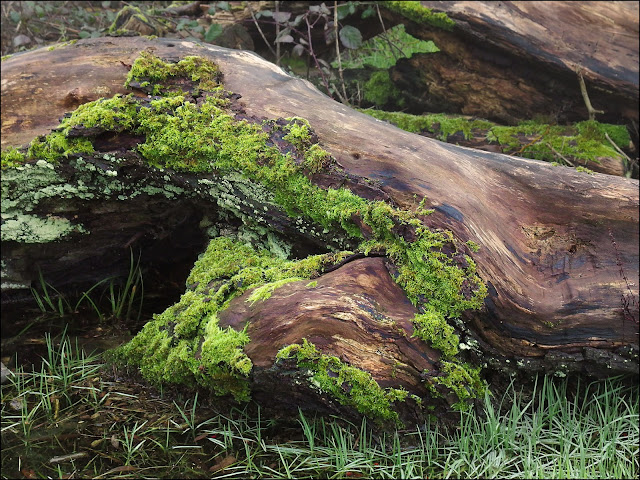 It's partly submerged by the water and the general dampness has brought out the colour in the swirling grain of the wood. 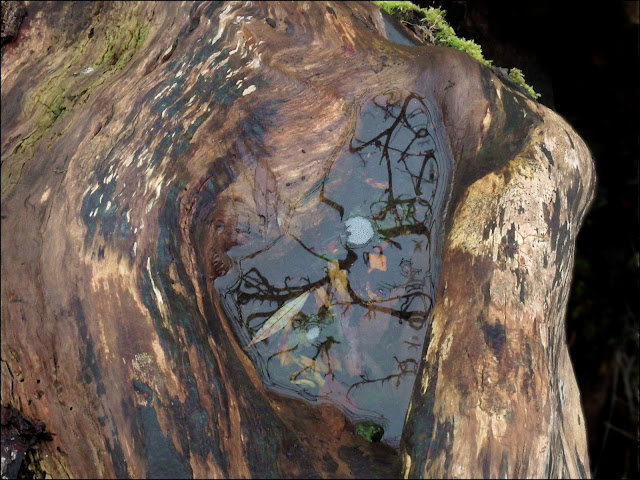 Yes, I got carried away and took several pictures of the woodgrain, including this little temporary rainwater pool which has collected in a hollow in the trunk. 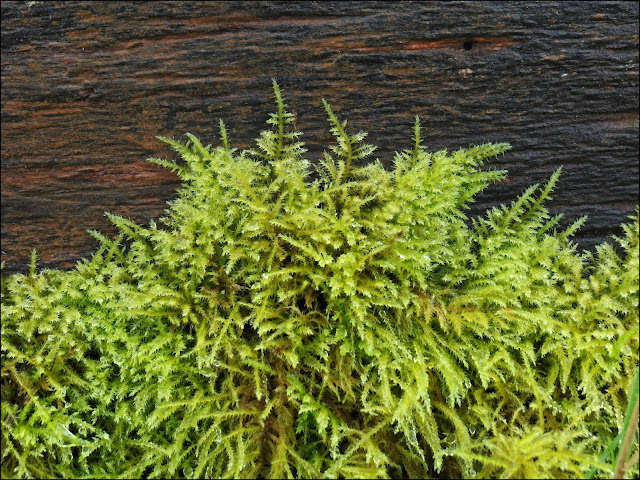 Isn't moss amazing stuff? Like a forest in miniature. Just then I was interrupted by Harry. 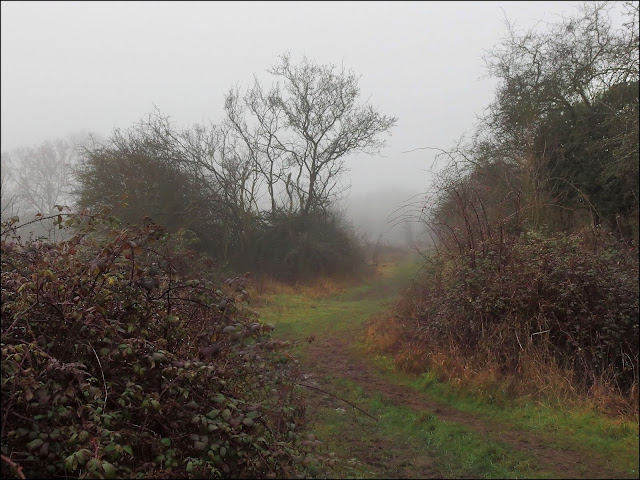 Harry is a dog who, his owner explained, likes to come here and run up and down the fence beside the railway, chasing trains. He barked at me in the disapproving way that most dogs do when they realise that I haven't got a dog with me; not many people are out and about at this hour without a canine companion. 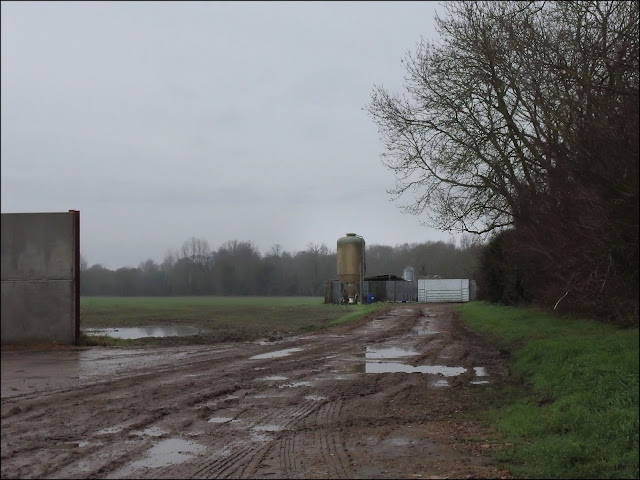 I extended my walk by taking the muddy track across the fields and beside farm buildings. Not very scenic but good exercise without too many picturesque distractions.
Take care.

Posted by John "By Stargoose And Hanglands" at 11:39