One of the great treasures of England is its huge number of country church. From the great "wool churches" of East Anglia (so called because it was wealth from wool production which financed their construction) to the tiniest moorland kirk every one is unique and full of interest. Lets visit the church at Grantchester near Cambridge, the village where I grew up and a fairly typical place of worship. 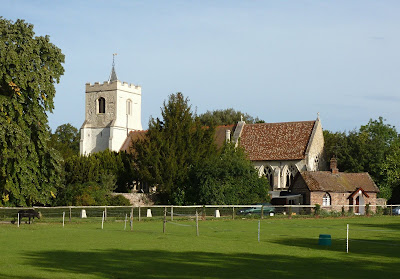 Grantchester church is right next to Manor Farm which is a fairly normal arrangement; the church and the lord of the manor were very much at the hub of power in village life for centuries. The tiny house just in front of the church is the gatekeeper's lodge for Manor Farm. 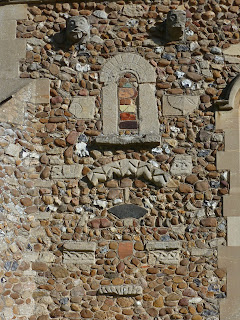 The first question the visitor wants to know is 'How old is the church?' which is usually impossible to answer. Churches have invariably been built and rebuilt, added to and altered throughout their life. The picture above shows various stones which were part of a Saxon or Norman church. The fragments were discovered and incorporated into the south wall when the church was extended towards the end of the 19th century. 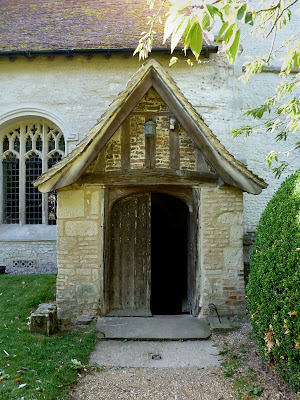 The church is entered, somewhat unusually, by a porch on the north side. (Most churches being entered on the south side). Homeless parishioners were once able to take up residence in the porch whereupon the church would re-house them. The porch dates from the early 16th century and the door, which is locked by a truly enormous key, appears to be every bit as old. 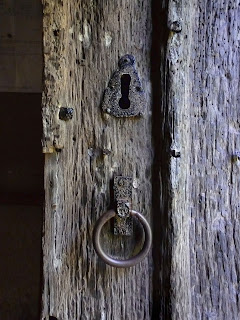 Once inside the building the eye is drawn towards the chancel at the east end. The stained glass dates from around 1900 but the window itself is early 14th century and is of unusual design. 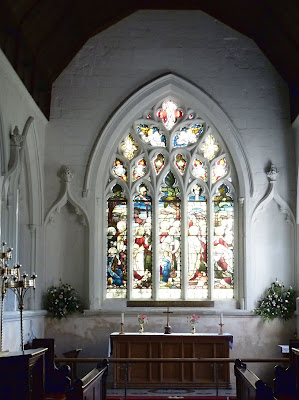 There are a number of ancient memorials on the walls and the floor.... 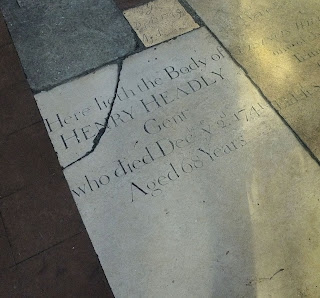 ....but there are also memorials of a different kind - a model of the church made in the 1870s by Samuel Page Widnall, a man of many peculiar skills and enthusiasms..... 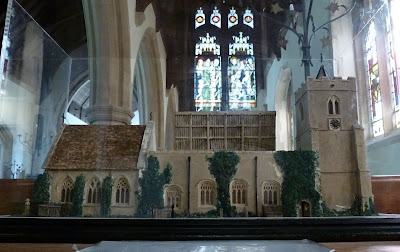 ....and more recently the ladies of the parish set about making kneelers. My mother made several including this one, dedicated to the memory of my granny who died, aged 99, in 1993. 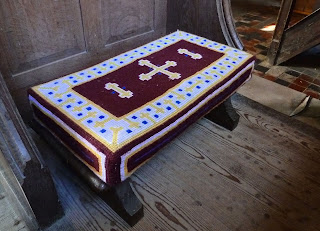 Time to go back outside now and ponder on our mortality among the gravestones. 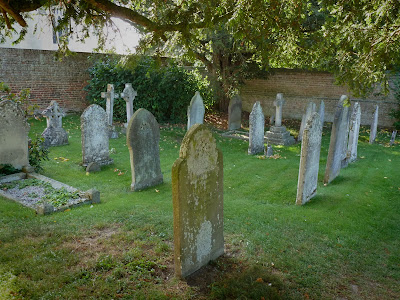 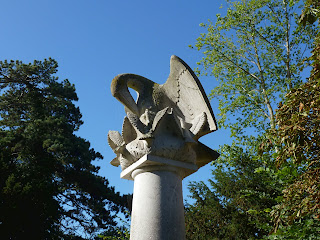 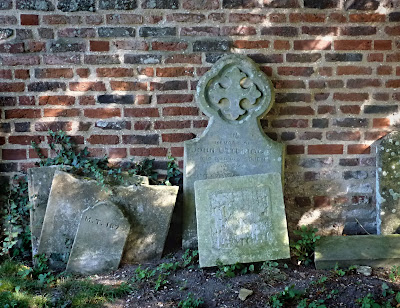 Take care.
Posted by John "By Stargoose And Hanglands" at 22:33