The one in Cambridgeshire rather than Cornwall. 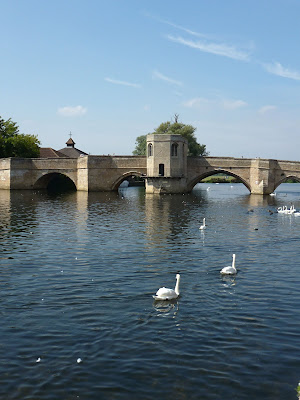 Probably the most famous view in the little market town,
the old bridge seen from the quay.

You will have noticed that there's a small chapel
built in the middle of the bridge,
one of only four such bridges in England.
If you're really sharp-eyed you'll have spotted
that the arch on the left hand end of the bridge is a slightly different shape.
During the English Civil War Cromwell's men
destroyed part of the bridge
and inserted a drawbridge so that they could control the river crossing.
When the bridge was rebuilt it didn't quite match up. 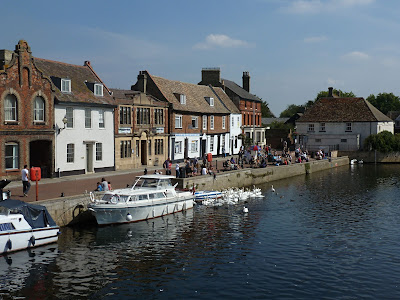 The quay looks good from the bridge too.
Once an important dock
now only pleasure boats moor here. 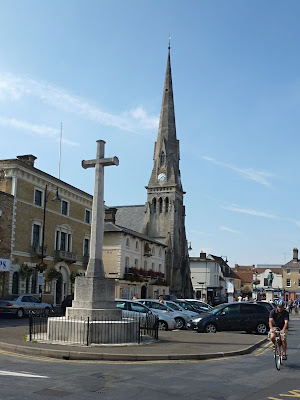 The market cross and All Saints Church. 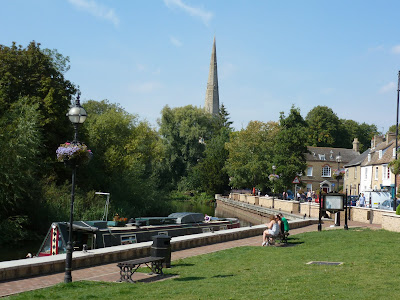 The area known as The Waits.
Two explanations of the name;
a) derived from an ancient Anglo-Saxon word of unknown meaning
b) it's where boats used to wait! 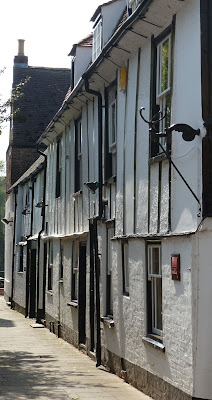 A hidden side street -
there are lots of little passages and alleys. 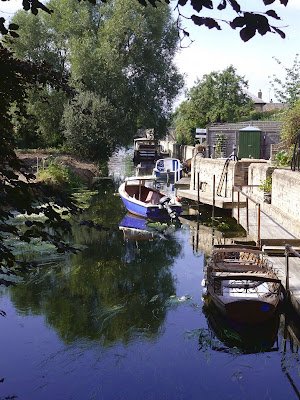 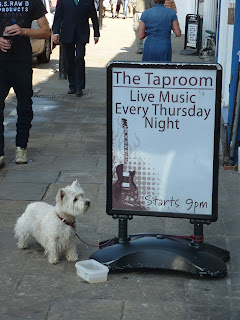 Some dogs are fans of live music.
He's got a while to wait! 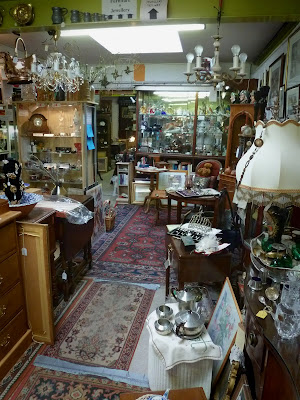 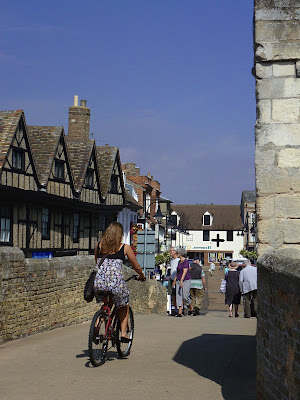 Finally back to the old bridge.

Posted by John "By Stargoose And Hanglands" at 10:19