If you want to slip out of the back door of the twenty-first century and into a calmer, less frantic world, you can do no better than to seek out one of the nature reserves run by the Wildlife Trusts. 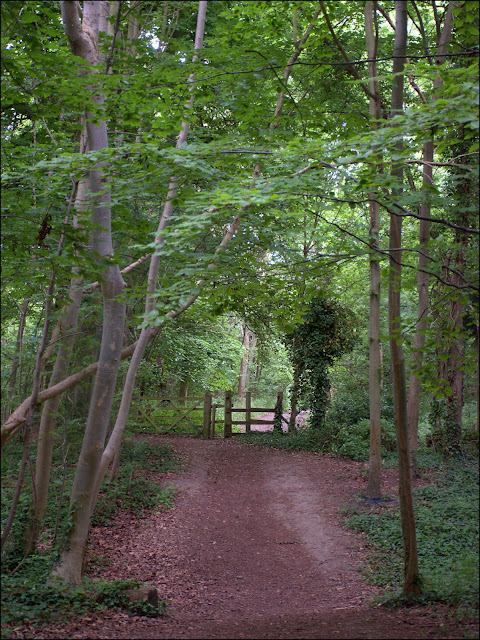 They describe themselves as a grassroots movement that believes that we need nature and it needs us. They have 870,000 members, 32,500 volunteers and look after some 2,300 nature reserves across the country. Fulbourn Fen, just a few miles from home, is one of them. 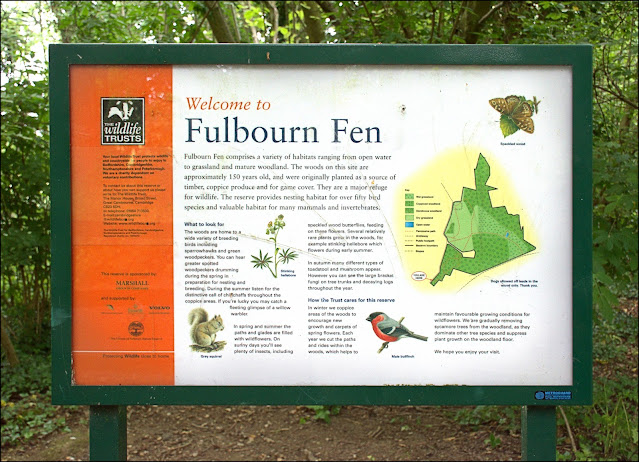 It's fairly typical in that it has just a few parking spaces at the end of a lane and nothing more to welcome you than an information board. This one points out a few things you might see, tells you that the woods were planted 150 years ago, gives you a rough map of the reserve and then lets you get on with it. Perfect. 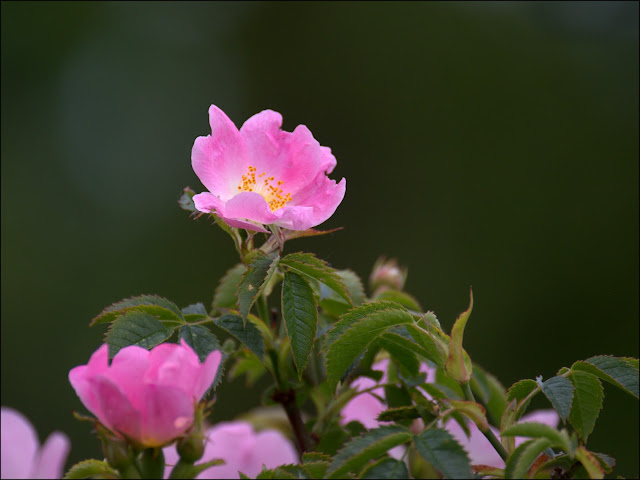 You might find something as small as Dog Roses growing wild in the hedgerows... 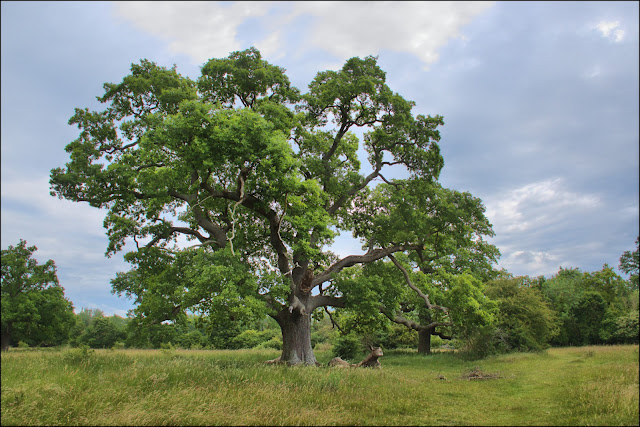 .....or grand oaks standing aloof in the meadows (these must be older than the planted woodland). 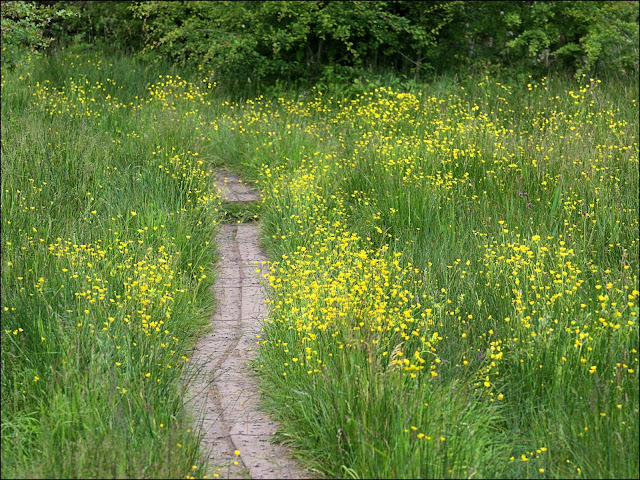 Or you might follow the narrow boardwalk across some of the wetter areas. These are what are referred to as "fen", though they are only tiny compared to the 1,500 square miles (3,900 km²) of fenland further north. But fenland they are, in that they are seasonally flooded land, with slightly alkaline water which has drained from the chalk hills to the south. 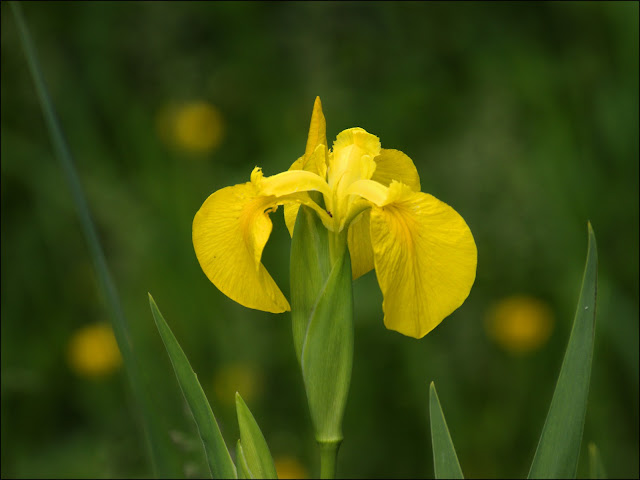 Wild iris or yellow flag like the wetter areas. 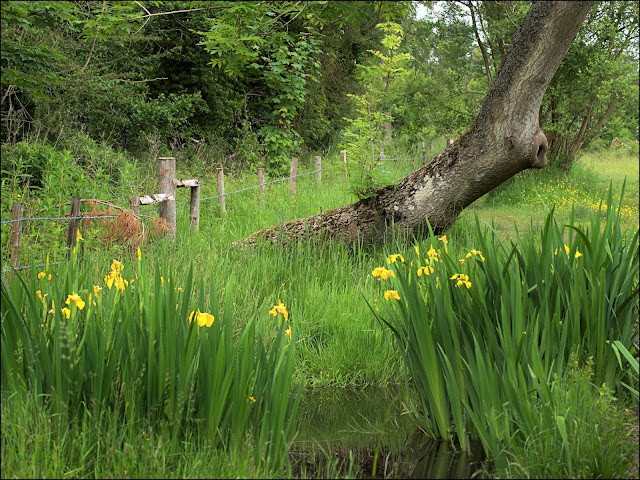 If you could magick away a few strands of barbed wire and the occasional metal gate you could easily dream yourself back into the distant past. 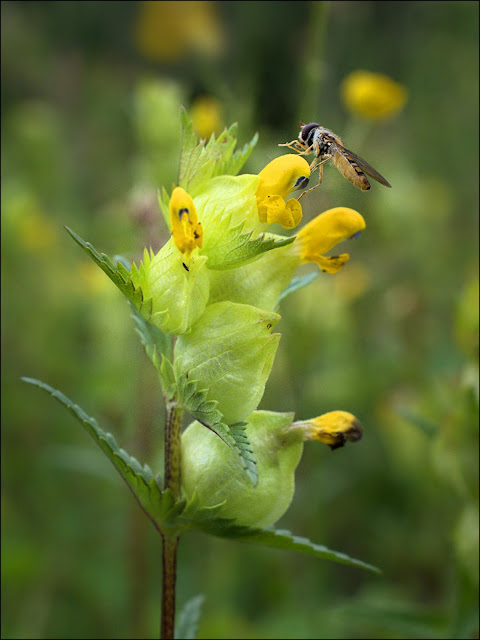 Here's a little hoverfly visiting the flowers of Yellow Rattle. It gets its name from its rattling seed pods, but of far more importance is its ability to parasitise the roots of grasses. Farmers may dislike this behaviour, but naturalists love it, because where the grass is less dense it allows other plants to grow. 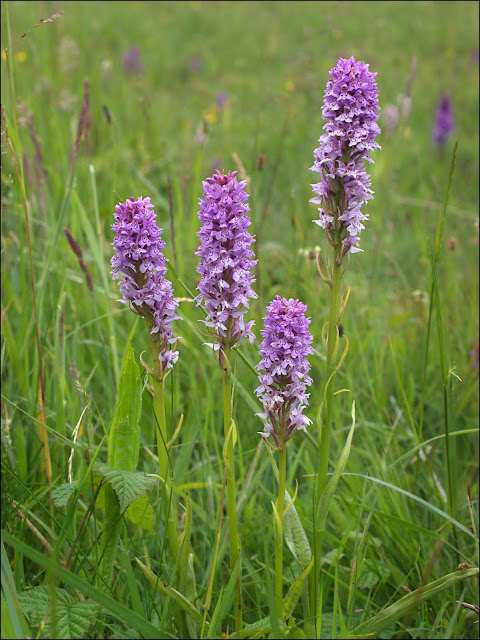 Plants like these wild orchids. There are two sorts of Orchid flowering here at the moment: Common Spotted Orchids and Southern Marsh Orchids. 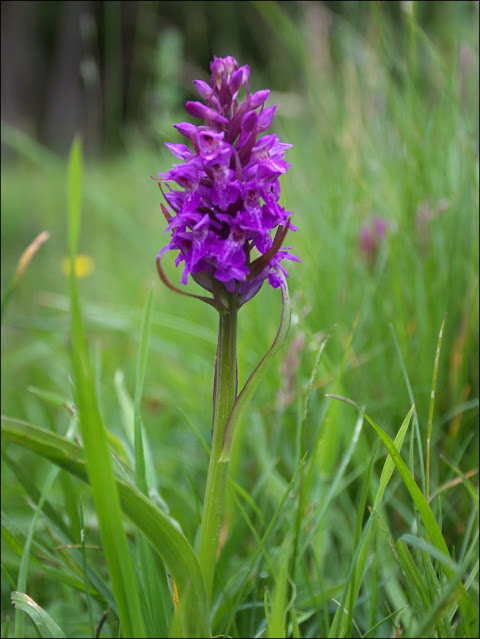 Sorting them out is not as easy as you might think. When it comes to these Orchids you can't go by the colour at all. Everything about them is variable. What's more the two species can hybridise too. 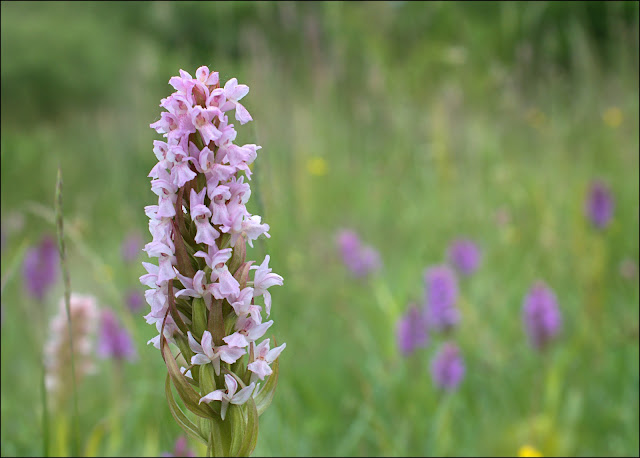 There was a time when I used to worry my head about such things, get down on my hands and knees and peer at them from a few inches away. Even then there were frequently insoluble puzzles. 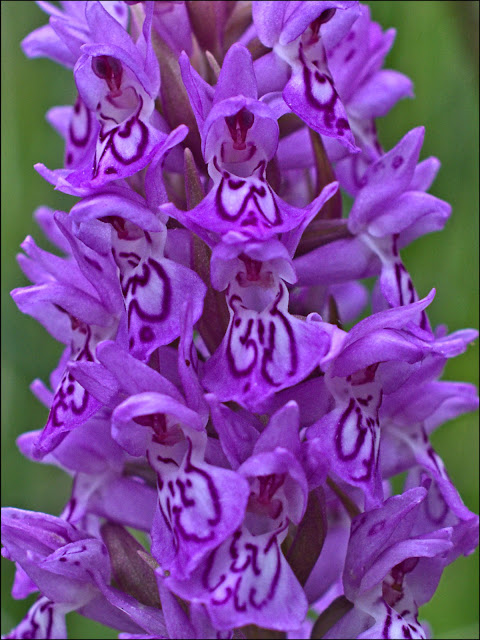 Then one day I saw the light: it really doesn't matter all that much to me. So now I enjoy them primarily for their rare beauty. 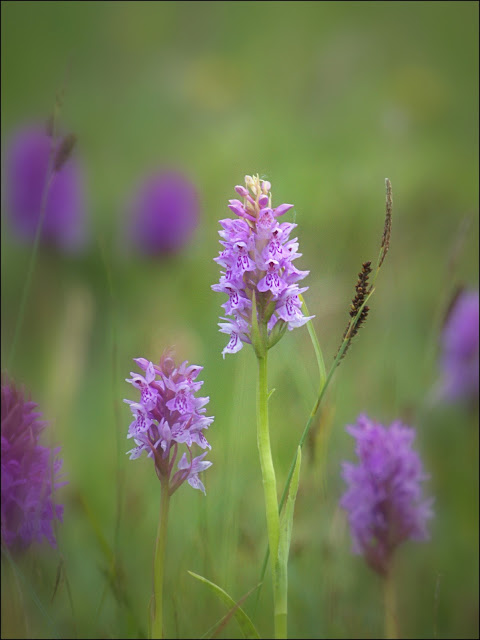 Besides, there are more interesting things to consider when it comes to Orchids. They are some of the most seriously weird plants that we have. Some have flowers that mimic bees or flies - that's been explained as an adaptation to persuade those insects to attempt to mate with the flowers and thus pollinate them. But then there's one that has flowers that look a lot like lizards! Imaginative people who look closely at the flowers have seen resemblances to little men, ladies, soldiers and even frogs. And they have some very odd fragrances too - everything from vanilla to goats! 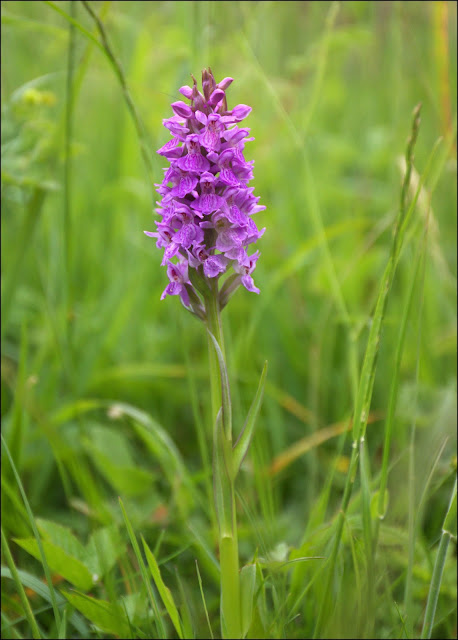 Then there are some species of Orchid that only flower every ten years or so. Others have a habit of springing up, completely unexpectedly in all kinds of unlikely places. The very name "orchid" derives from the word "testicle", which the tubers are said to resemble (something which so shocked John Ruskin, incidentally, that he wanted to change their name). You'd expect there to be a lot of folklore and stories about Orchids. 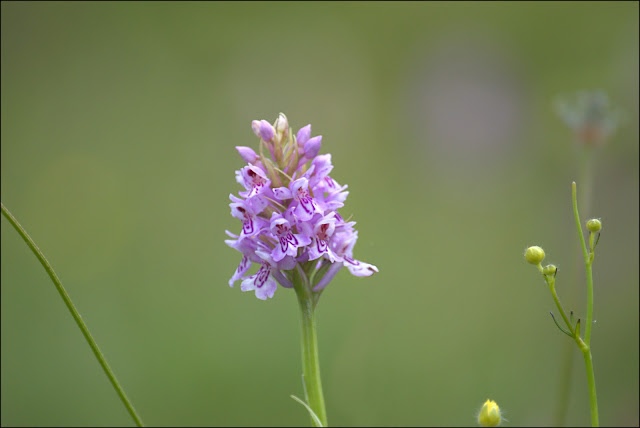 Richard Mabey's masterful book Flora Britannica collected just such material about every wild flower on these islands. But about the orchid: nothing. That is until modern times when tales of the unexpected appearance of thousands of orchids on road traffic islands and such places quite commonly appear in the newspapers. But in old folksongs where roses, violets, primroses and "daffa-down-dillies" appear with annoying frequency, there is never a mention of any orchids.

The early botanists recorded the various orchids right enough, but it's as though no one else had ever noticed them. And I'd love to know how all that happened (or didn't happen). So plenty for me to think about as I made my way back out through the wood. 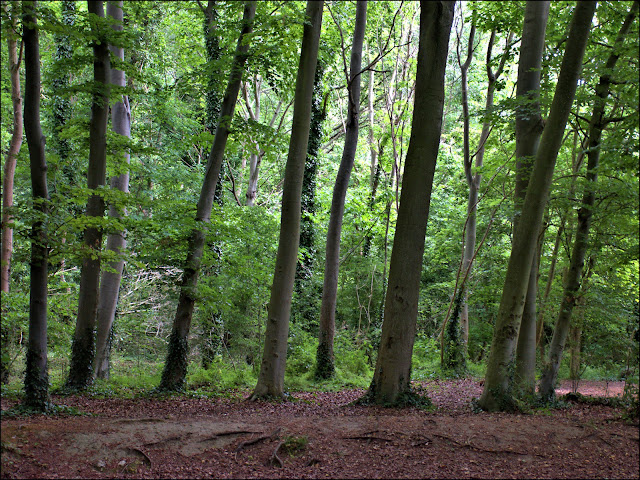 Take care.
Posted by John "By Stargoose And Hanglands" at 18:40