One afternoon, some years ago, I fell into conversation with an elderly gent out walking his rather reluctant dog. Somehow he ended up telling me about some houses that used to stand among the nearby fields, some distance from any road and only reachable on foot. "All gone long ago", he added. 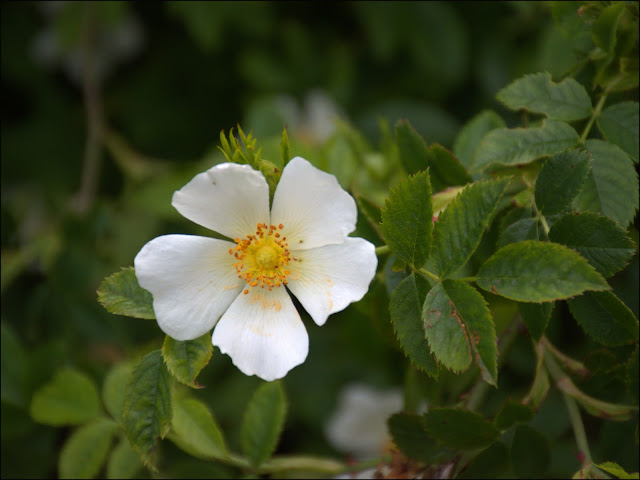 When I got home I found some old maps online and there they were on the 1901 map, perhaps ten cottages in what were now agricultural fields. Of course I couldn't stop there; I had to comb the map for more forgotten details. I found that a track that I follow regularly was known as Huckles Lane. Maybe some locals still use the name, I don't know. 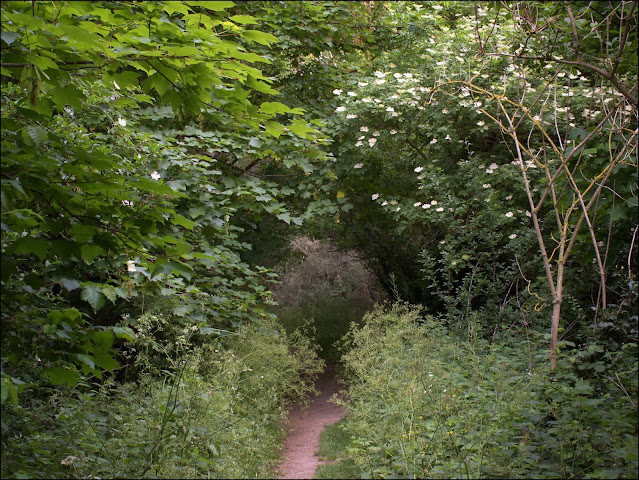 It's hardly a lane any more, and nobody now uses it to reach any isolated dwellings, but it's still a right of way for walkers, so it just about remains open. 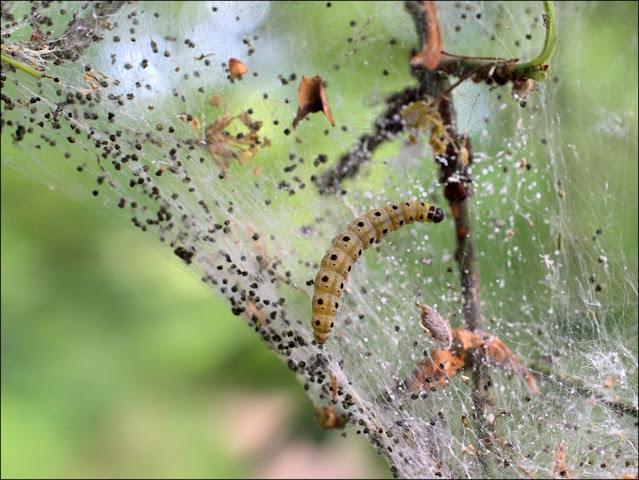 If this little caterpillar and his mates have their way the encroaching vegetation will have a fight on its hands. This is the caterpillar of the Ermine Moth. They cover trees and bushes with this cobwebby material to discourage birds from feeding on them, then proceed to strip the tree of its foliage. This particular type feeds on Spindle trees and, devastating though it appears, the trees usually recover and grow new leaves later in the year. 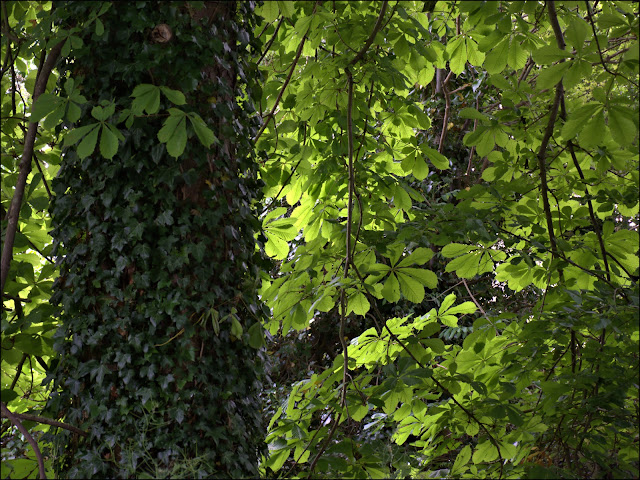 There's a wide variety of trees along here which usually indicates an ancient hedgerow. That's pretty much what I'd expect; the Huckles (or Huckyls) lived in the village back in the thirteenth century. Perhaps they had a farm down here. Anyway their name was patiently passed down through generations of farmers - "George, take they sheep down Huckles Lane to graze on the moor". 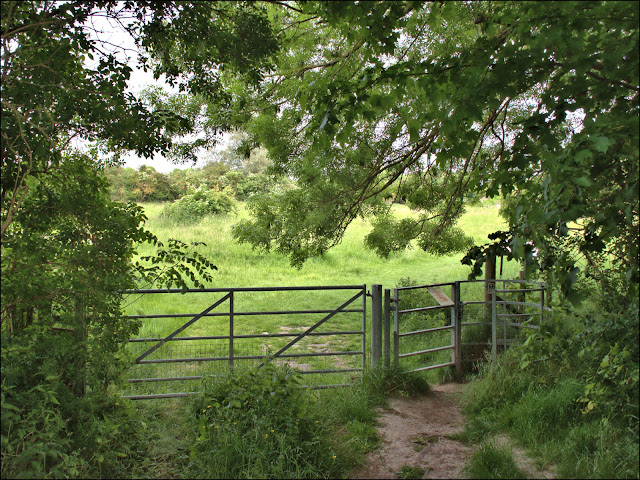 And there are still sheep to be found grazing on the moor every summer. That sign, blowing in the wind on the side gate, says as much - "Dog owners, the sheep are back, keep your dog on a lead". 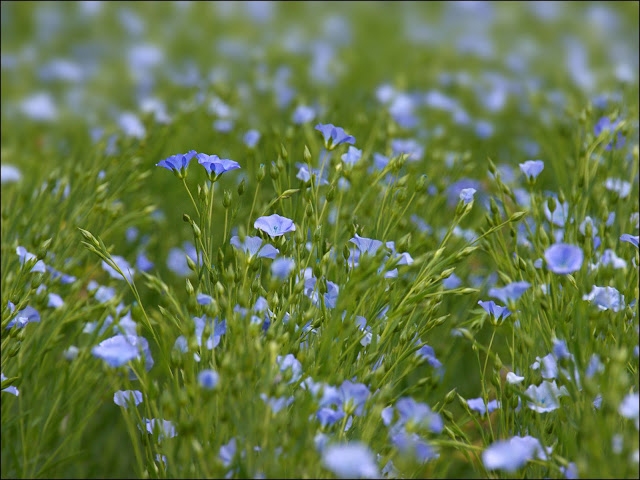 Another of the fields just off the lane contains a field of flax this year. It's probably being grown for its seeds containing linseed oil, which is nowadays is mostly used in the food industry. 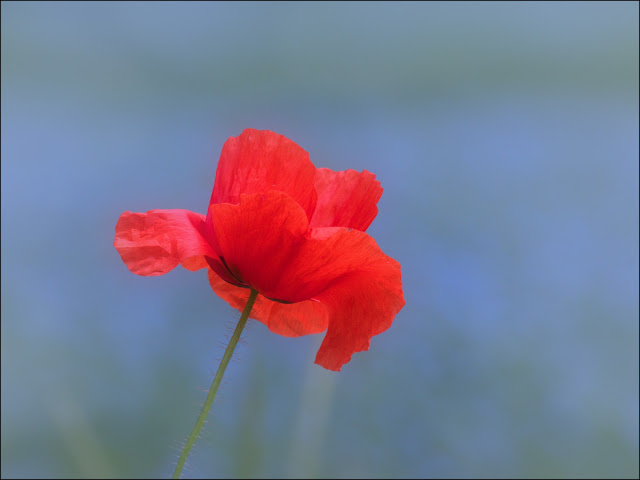 It forms a smoky blue background for this fieldside poppy. 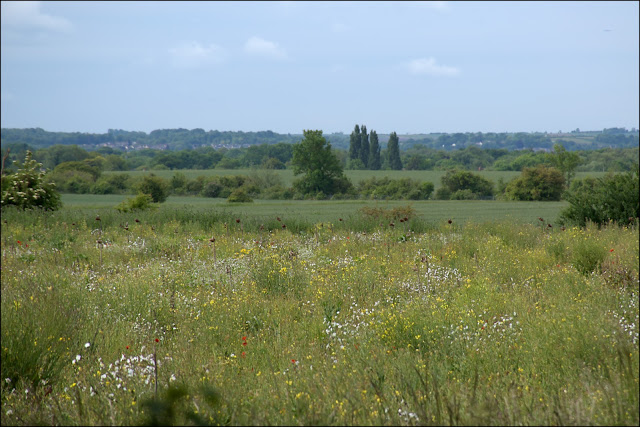 But this is where the old cottages once stood. This year it seems to have been left fallow, and wildflowers are springing up all over. 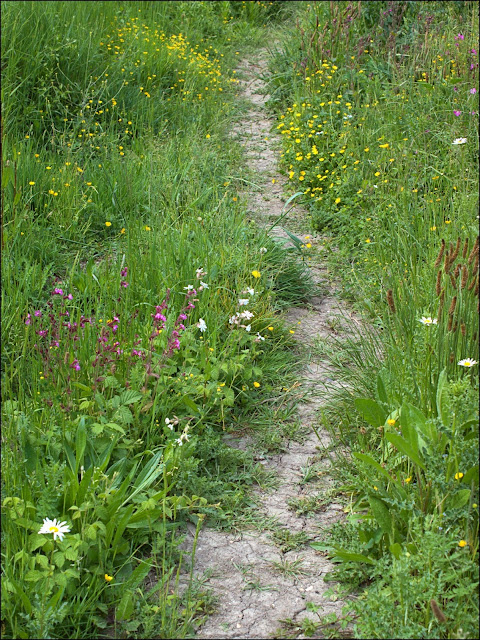 Although it wasn't my aim when I set out this morning, I couldn't resist following the footpath around the perimeter of the field. 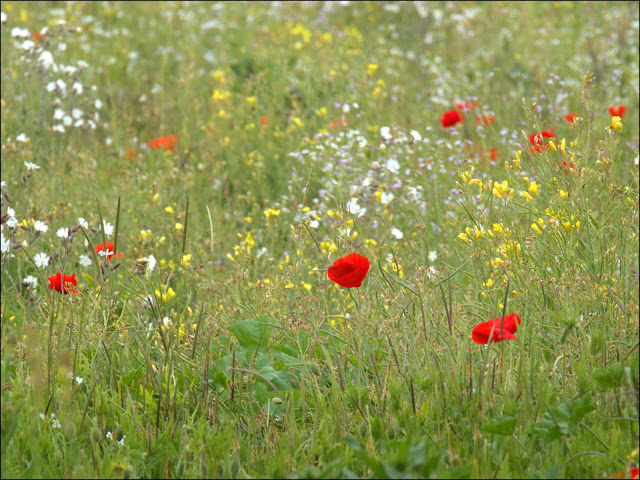 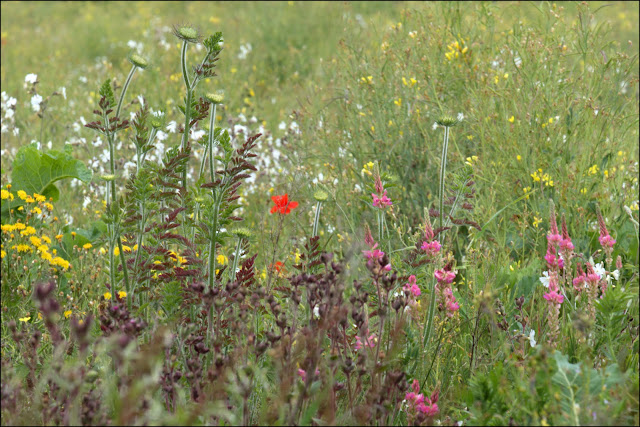 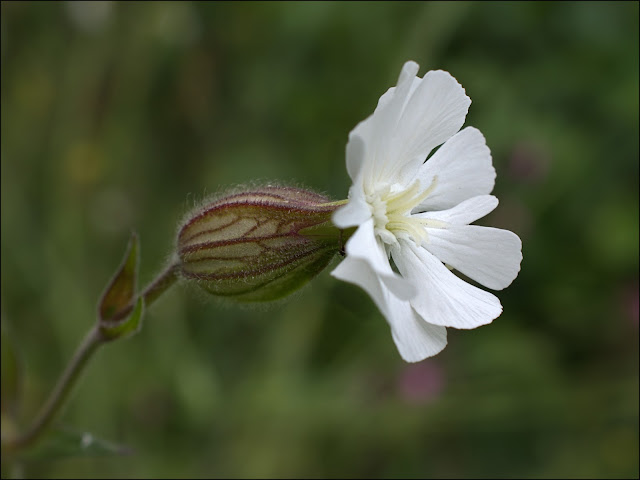 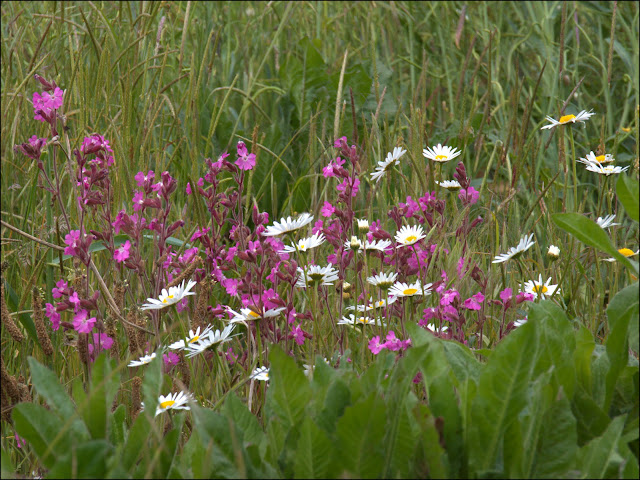 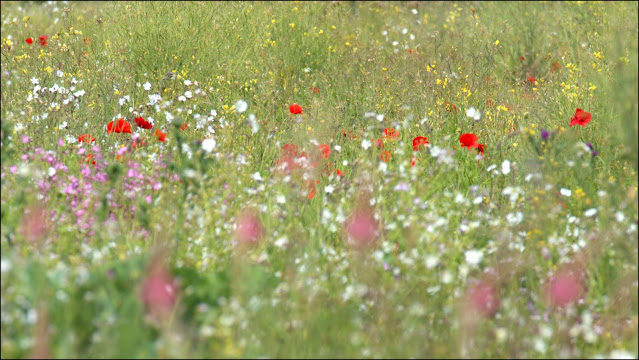 I had no intention of tramping all over the field, even though it's not in full production this year; once one person does it then others follow and soon it becomes a complete mess. Instead I used a long lens, which I hope gave me some of the dreamy, impressionistic look that I was after. 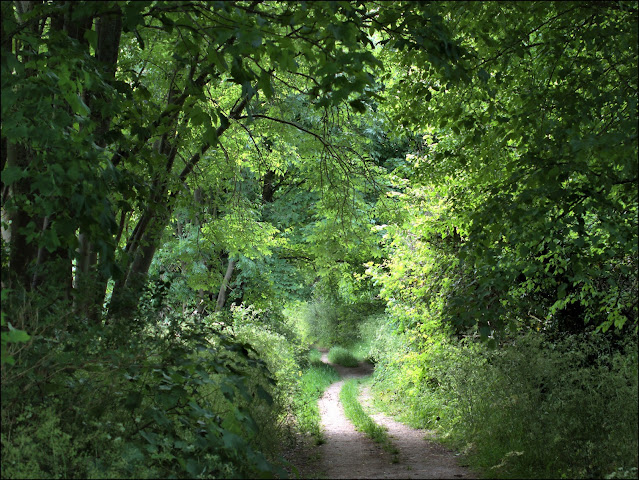 Then I was off down the lane again, in the footsteps of ploughmen, shepherds, cottagers, blackberry-pickers and the old chap who was, a few years back, walking his reluctant dog.

Posted by John "By Stargoose And Hanglands" at 09:47