A seaside saunter from sunny Salthouse, in fact. 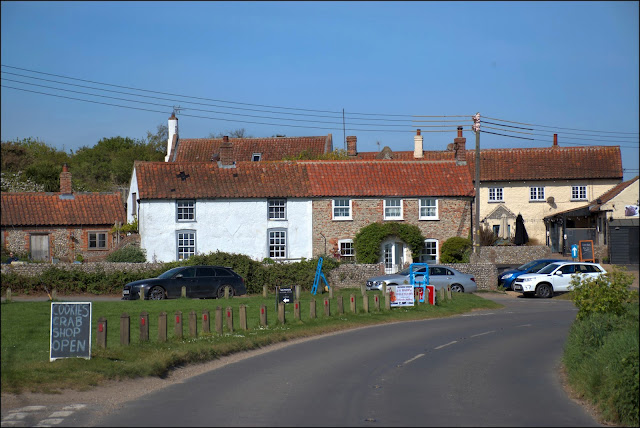 Parking in Salthouse is a free-for-all scramble for any available space around the green. It's busy on a weekday in May - probably best avoided on August Bank Holiday weekend. The cream-coloured building on the right is the village pub, The Dun Cow; but even more to my brother's liking this morning is the sign announcing that Cookie's Crab Shop is open today. 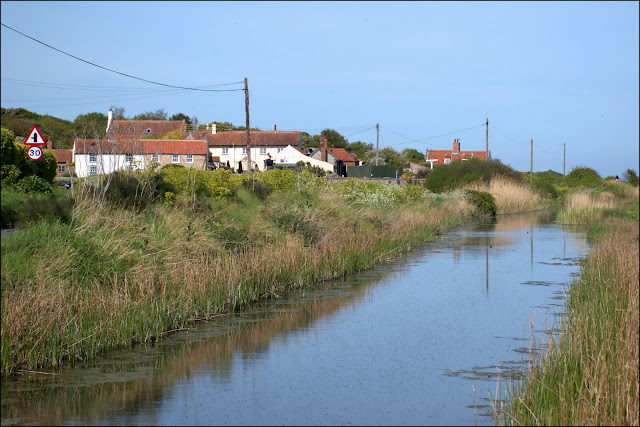 A short stroll beside the coast road brings us to the footbridge over the Catchwater Drain and onto the marshes. 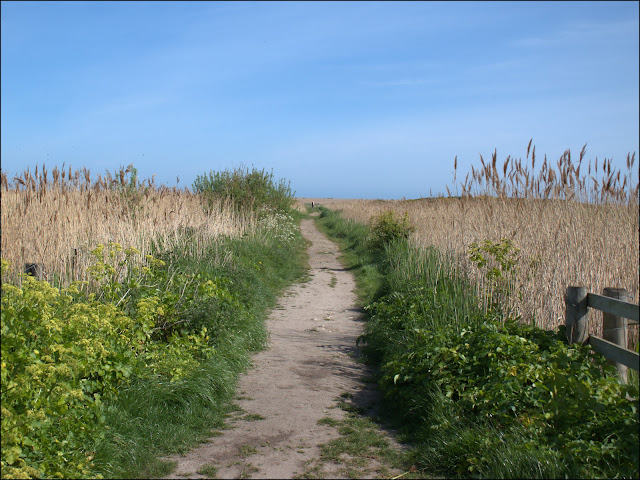 The raised path leads towards the coast, between reedbeds alive with the songs of Sedge Warblers and Reed Warblers. 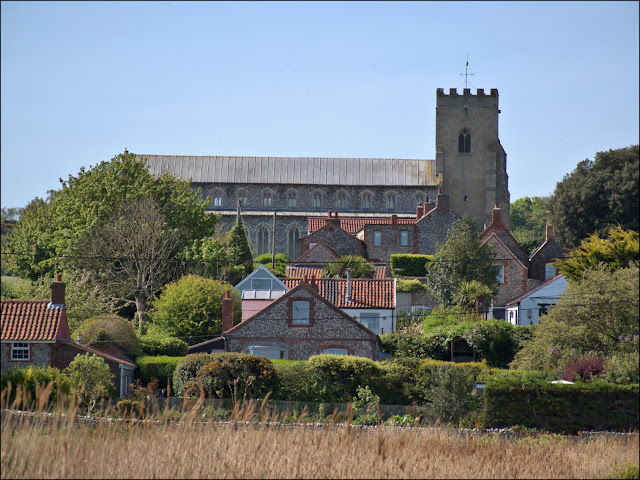 Glancing back over my shoulder, with Salthouse Church dominating the skyline. 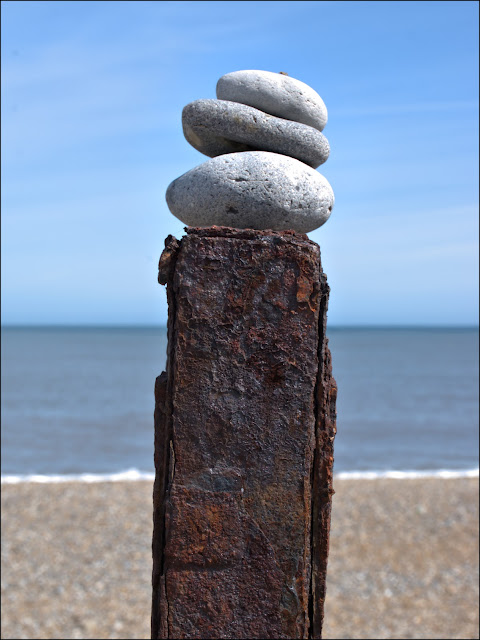 Then we're down on the "beach", which here is a long shingle ridge which stretches for another six miles (9.5 Km) westwards, forming Blakeney Point, which sheltered the old ports of Blakeney Haven from the North Sea gales. It's not a very comfy surface for sunbathing, but the pastime of piling stones on top of the old sea defences is always popular. 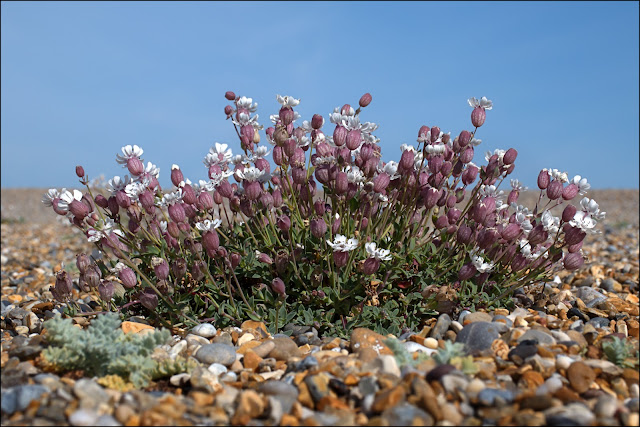 The trudge along the shingle (no, we're not doing anything like the full six-miles!) is relieved by occasional clumps of Sea Campion. 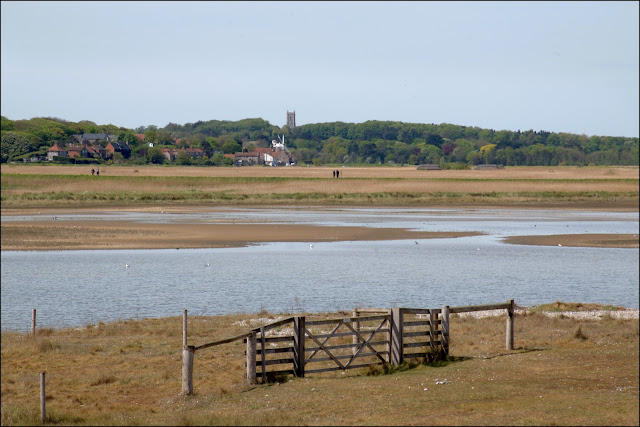 Or cast your eyes inland across the marshes, towards the village of Cley and with Blakeney Church appearing on the horizon. The shallow pools, which are home to many birds, are all that's left of the channel which once allowed Salthouse to be a port. The distant figures are walking along the bank which leads between Arnold's Marsh and the Cley bird reserve. That's where we're heading. 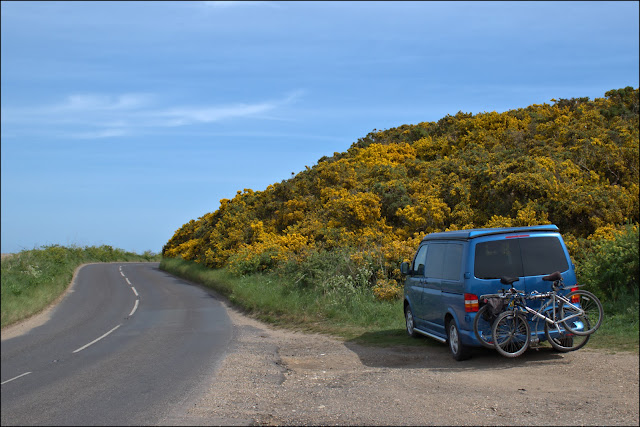 The path leads us back to the coast road and the bank of gorse which bears the name of Walsey Hills. Now it may not look like much to you (apart from being so colourful), but to a migrating bird it's a vital oasis, providing shelter to recuperate after an exhausting sea crossing. For ornithologists it's a place to trap, weigh, count and then release birds, gaining insights into their movements which inform attempts at conservation. 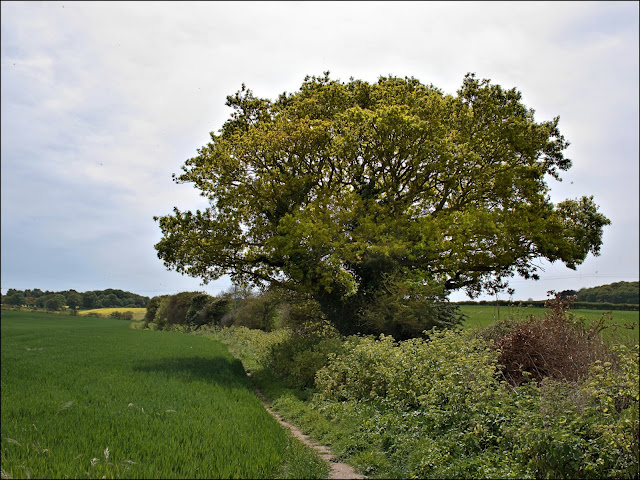 From here there's a path leading beside and across agricultural land, all the way back to our starting point. 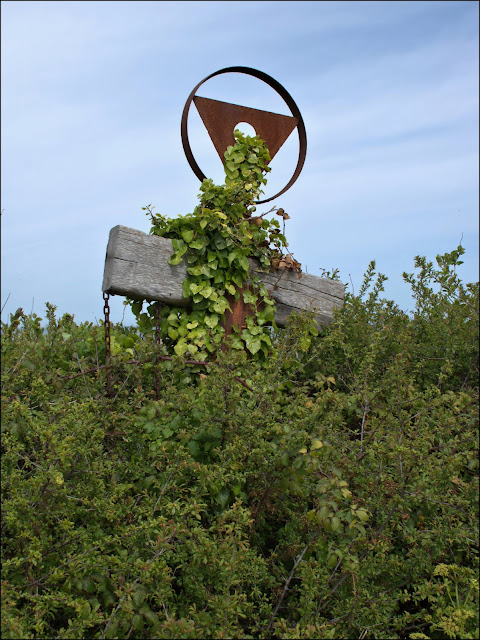 I've been walking paths like this all my life and like to think I can recognise most things I see, but then I find this. An elderly gentleman was coming our way, lets ask him if he knows what it is. "Ah, have you heard the cuckoo this morning? Wonderful to hear them, isn't it? I've heard a number of them today. One of my favourite birds..." and so on and so on. But he did answer my question.....eventually. Any ideas? 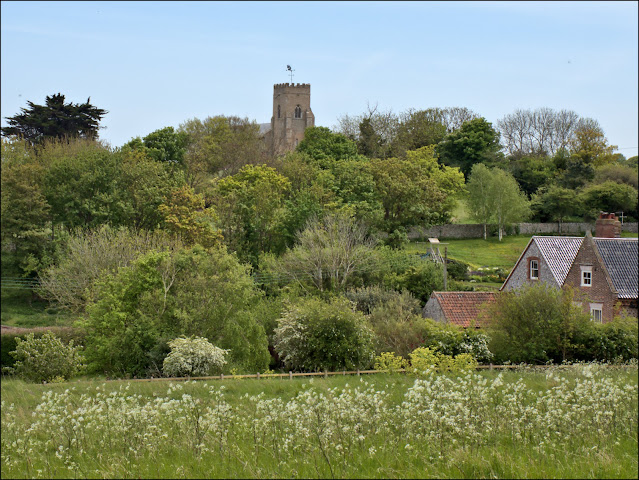 And there's the church appearing on the horizon. Not far now. 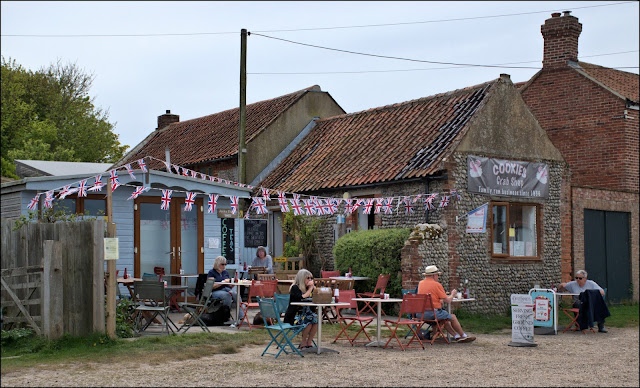 And we're back to Cookie's Crab Shop. If your looking for my brother Les, you won't see him; he's inside buying his crab. On our way home there's just time to stop on Salthouse Heath where the gorse should be in full bloom. 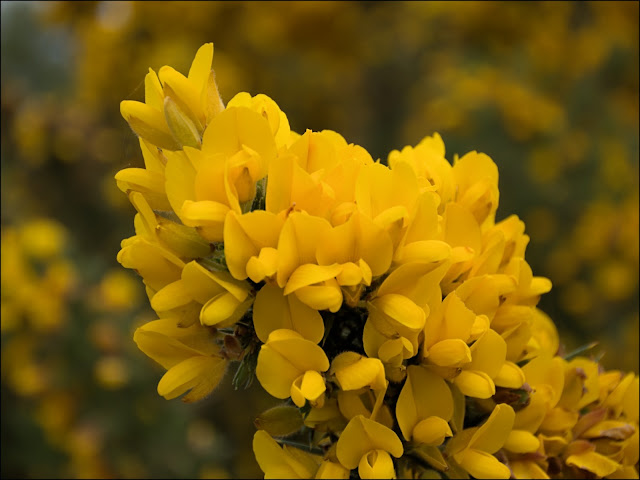 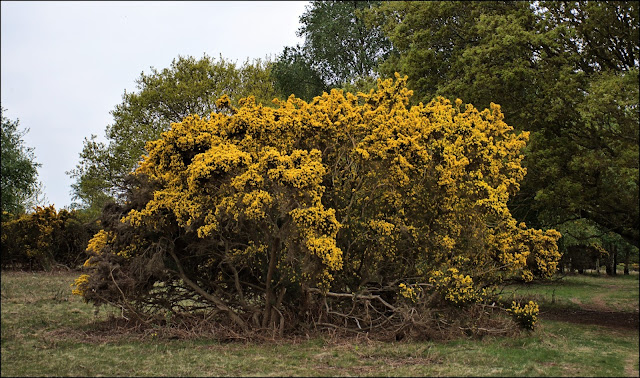 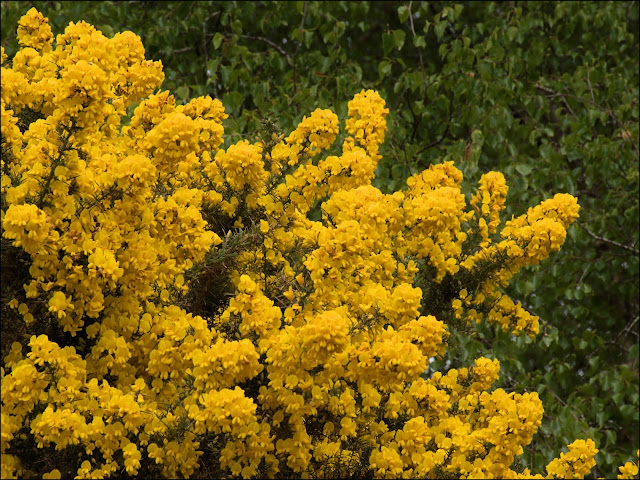 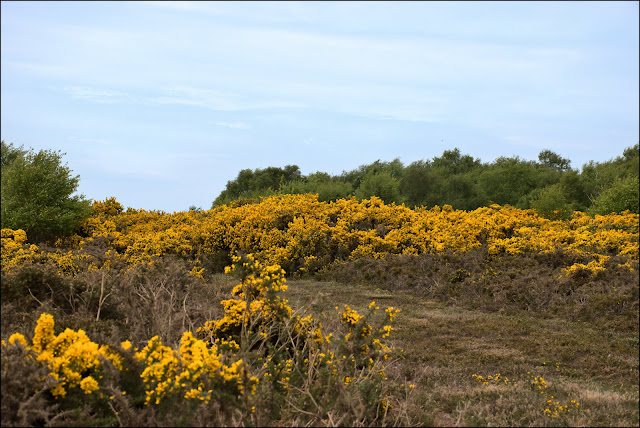 That's all for now,
Take care.
Posted by John "By Stargoose And Hanglands" at 08:50