While part of Happisburgh is in imminent danger of falling into the sea (as we saw in my previous post) there's also a larger part that lies further inland and is therefore relatively safe - for now at least. It's a smallish place but well worth having a stroll around. 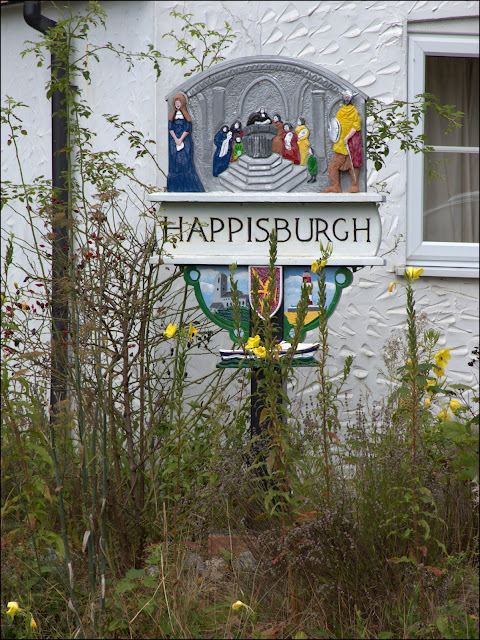 Here's the village sign. On the right is a gentleman known as Edric The Dane, who owned the village at the time of the Norman Conquest. On the left is Maud, daughter of Roger Bigod, who gave the village to William d'Albini as part of Maud's dowry in 1099 AD. The group in the centre represents the 170 villagers who were baptised by Rev Thomas Lloyd in 1793. The good Reverend believed that the reason that so many were not baptised in the village was that parents could not afford a celebration, so he paid for a party for everyone. 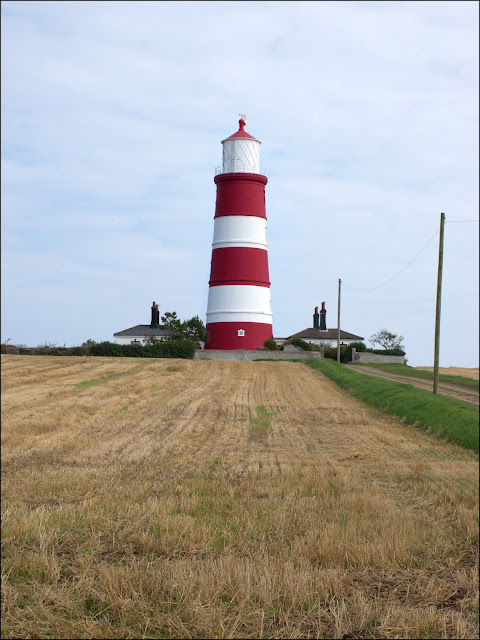 As we start our wander we get another view of the lighthouse. I'd heard of it long ago; it's mentioned in an old sea shanty...
As we were a-fishing off Happisburgh light
Shooting and hauling and trawling all night
In this windy old weather, stormy old weather
When the wind blows we'll all pull together.
(If you want to hear the rest of the song then click here). 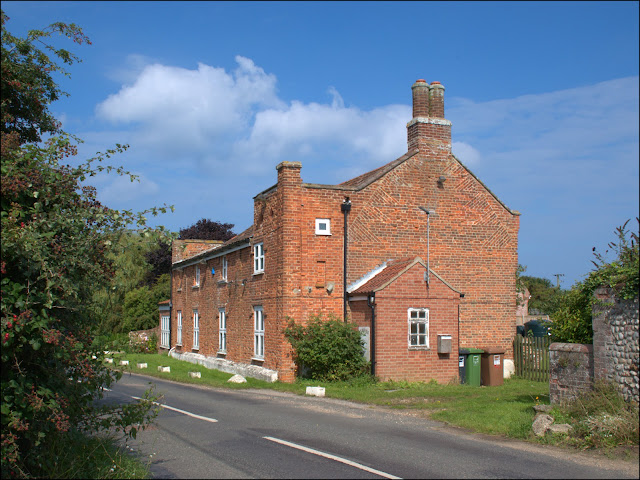 The red brick building above operated for a while as a pub and restaurant, but before that was a farmhouse. It's now back in residential occupation. 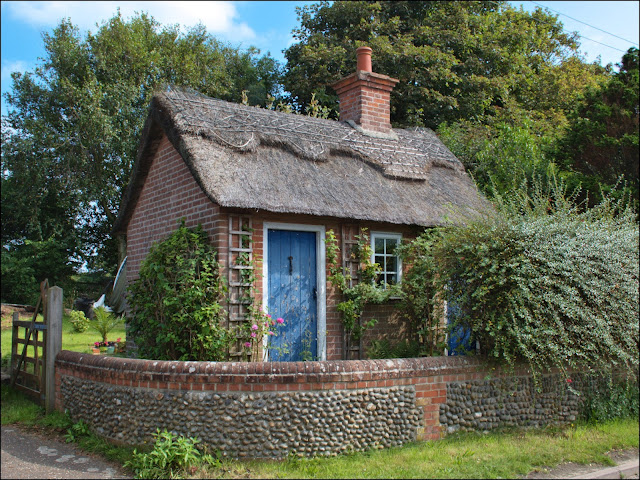 I've really no idea what the tiny building above might have been! 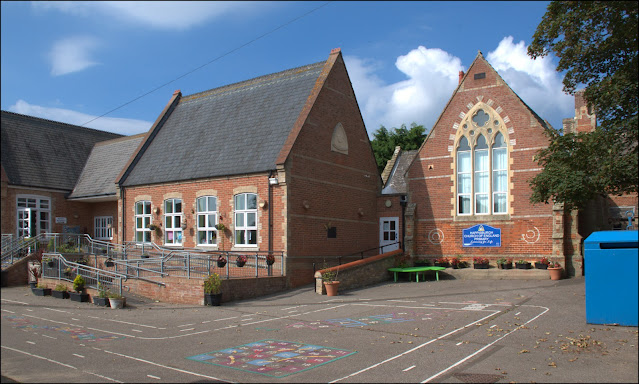 This though is the village Primary and Early Years School, for children between the ages of 3 and 11. I include it because I've never shown a picture of a village school before and it's fairly typical. 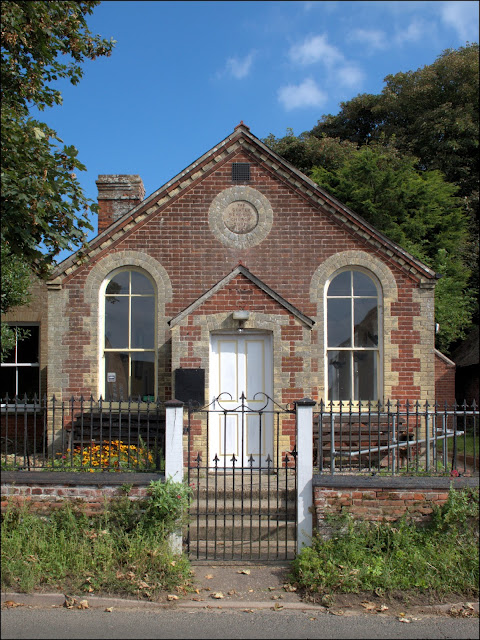 Opposite stands the Church hall and looking down the road you can see the fine Medieval church... 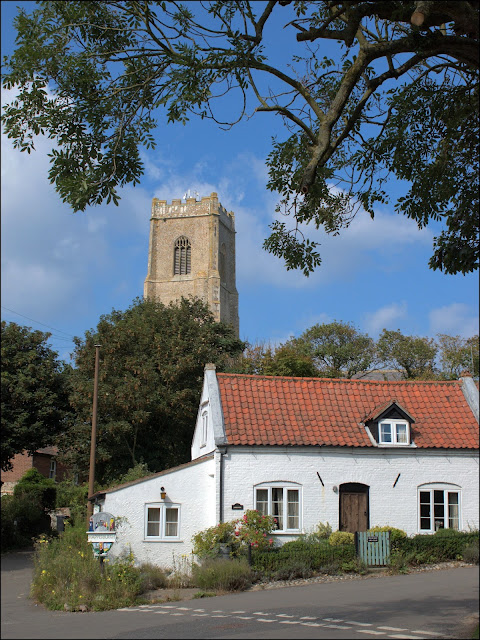 I don't intend to make a thorough tour of the church though I can't resist popping inside briefly. 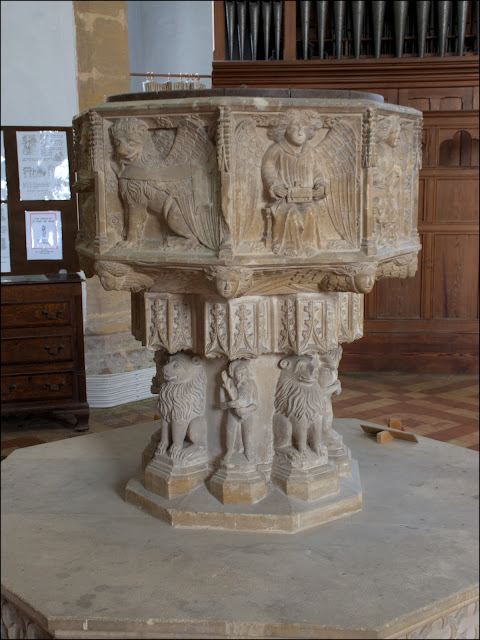 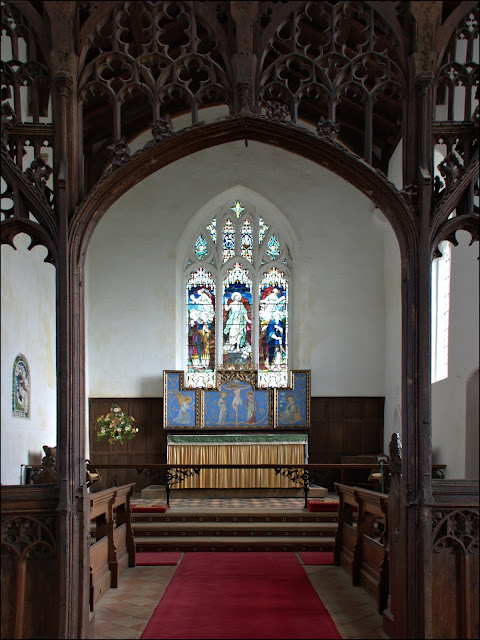 And this is the Chancel, behind its Rood Screen. I would normally show you more of the interior, but we'll be paying a visit to another remarkable church within the next couple of posts. So lets go outside to the churchyard. 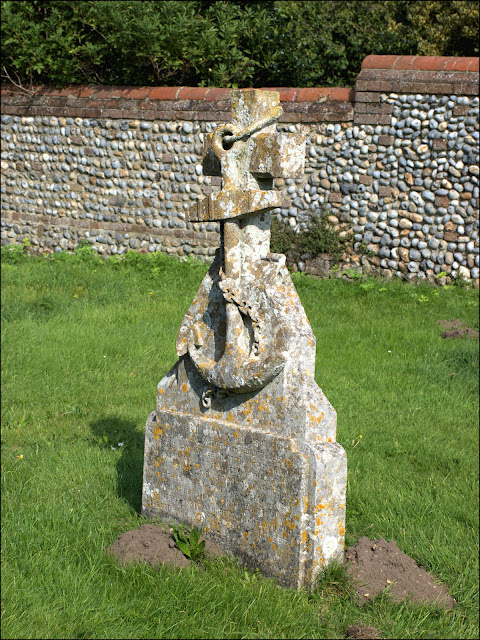 All along the Norfolk coast you'll find large graveyards and stones with a nautical look, like the one above. Sailing and fishing these waters was dangerous work and shipwrecks were frequent. The inscription on the one above commemorates the all-too-short lives of seamen lost from the barque Young England in 1875. The bodies of two Swedish seamen, two Englishmen, one Norwegian and a Dutchman were washed ashore and buried here. Other stones recall the deaths at sea of sailors whose bodies were never found. 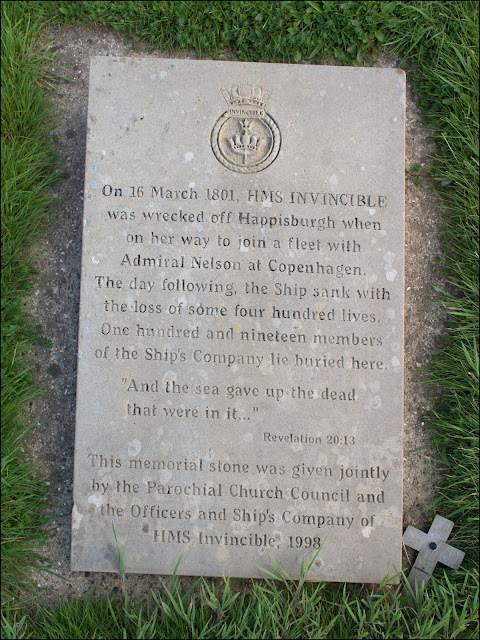 The stone above is a recent addition to a mound in one corner of the churchyard which was formerly an unmarked mass grave. 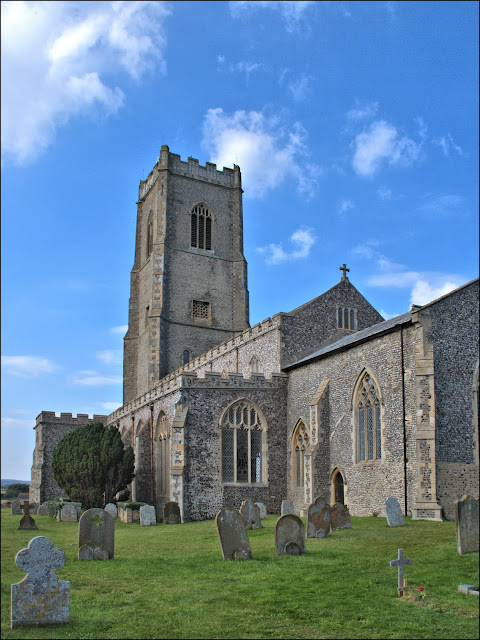 Like many other churches in this part of Norfolk it has a very impressive tall tower which must also have been a useful mark for mariners to ascertain their position before the lighthouse was constructed. 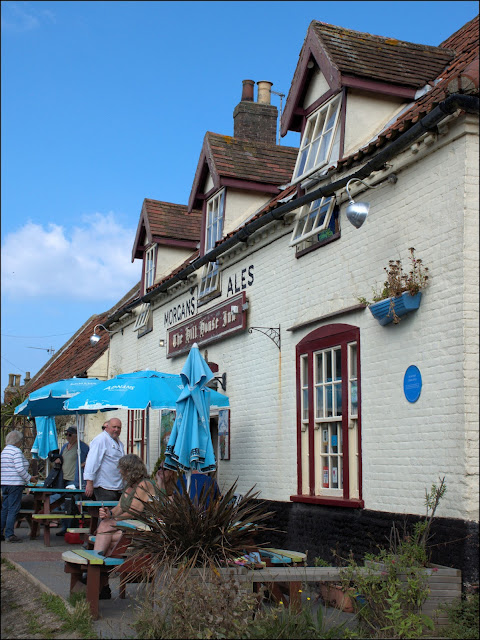 And there's a handy pub nearby which must have been as popular with fishermen of past centuries as it is with tourists and villagers today. 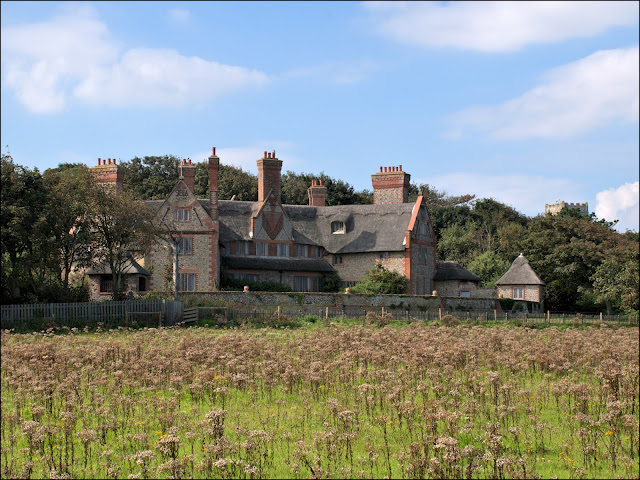 We'll complete our circuit by taking a field path behind this grand holiday home built in the Arts and Crafts style in 1900 by the architect Detmar Blow. Almost all the materials were sourced locally. 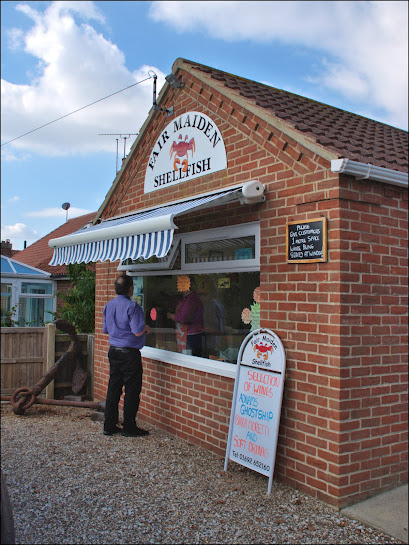 And here's what we were looking for all along "Fresh Cromer Crabs"!
Take care.
Posted by John "By Stargoose And Hanglands" at 07:39

Email ThisBlogThis!Share to TwitterShare to FacebookShare to Pinterest
Labels: Norfolk