A slightly cooler day with temperatures just perfect for a walk, so we made the short journey to the RSPB's headquarters at Sandy Warren, a fairly frequent destination for my brother and me. 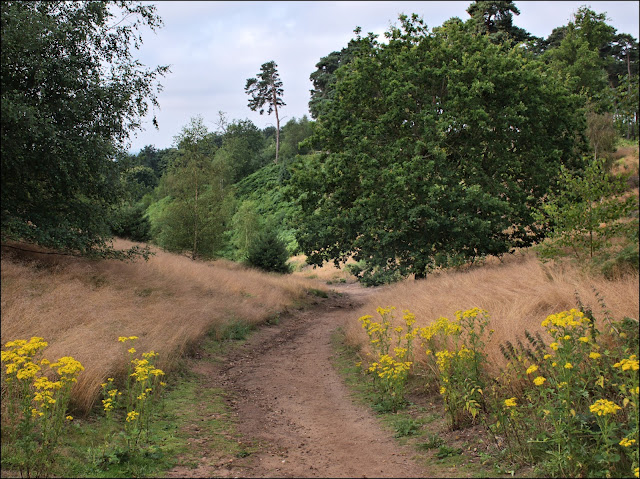 After a journey through the wide wheat fields of South Cambridgeshire and Bedfordshire it is always a delight to find yourself in the very different landscape along the Greensand Ridge, an outcrop of sandstone that forms a low series of hills, dominated by woods and heathland. 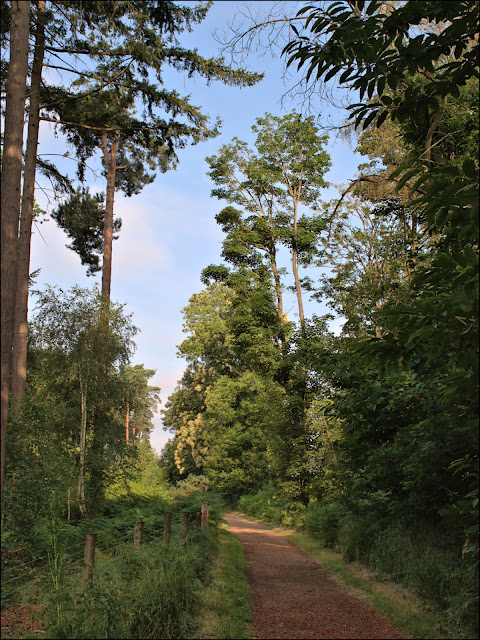 The RSPB are trying to restore more of the area to heathland, which it is hoped will attract specialist birds like Nightjar, Woodlark and Dartford Warbler - and there has already been some success in this endeavour. 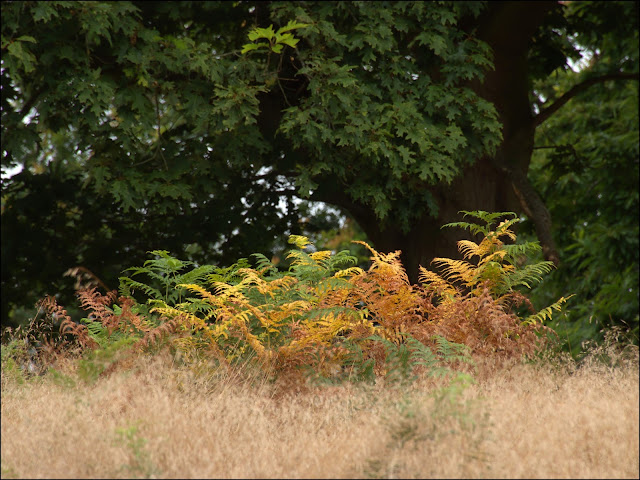 Not that we ever see that many birds on our visits here, but there's always something to photograph. The bracken always interests me as it's a plant seldom encountered in my home area, though it's by no means uncommon elsewhere. In fact it can become a nuisance, overwhelming other plants. 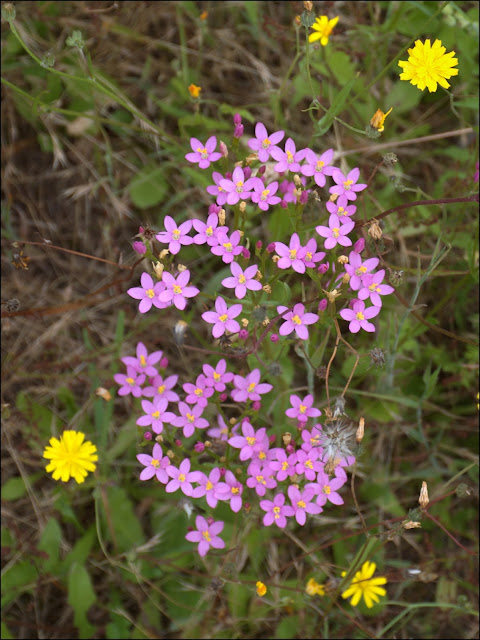 This is Common Centaury, a widespread flower throughout Europe, and flourishing up on Sandy Ridge. Perhaps if people knew it was a kind of Gentian they might pay it more attention. 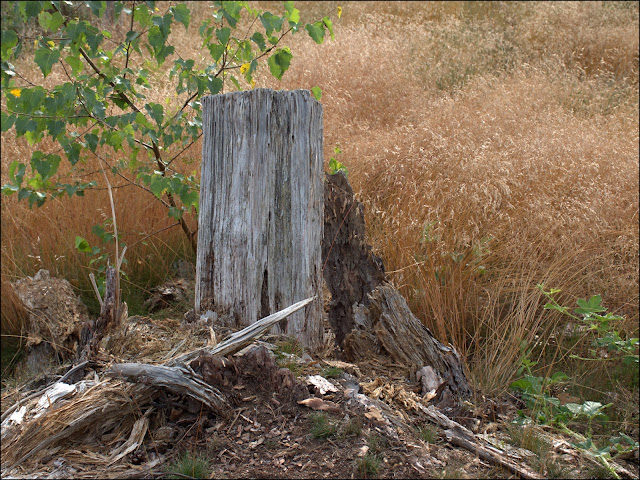 A pretty, rotting tree stump always will have me reaching for my camera! And even more so if it's backed by wispy dried grasses. 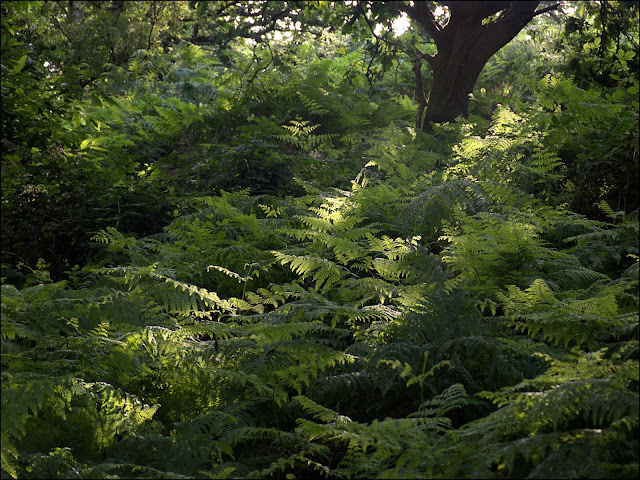 Down near the old quarry the bracken is backlit by the sun just appearing over the crest. But you'd probably like to see some birds.... 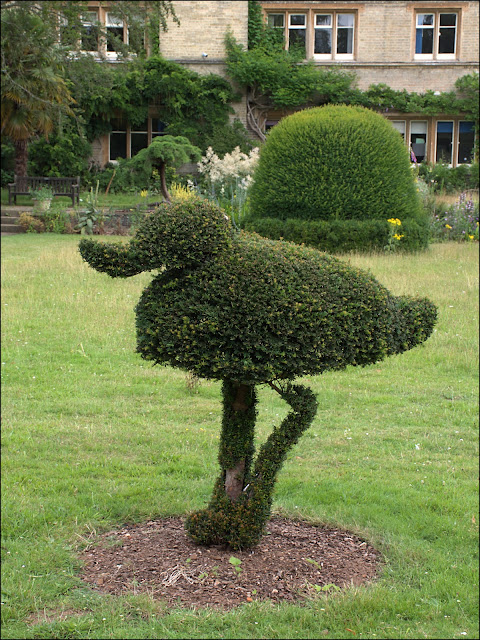 So here's an Avocet, easily recognised by its upturned bill. 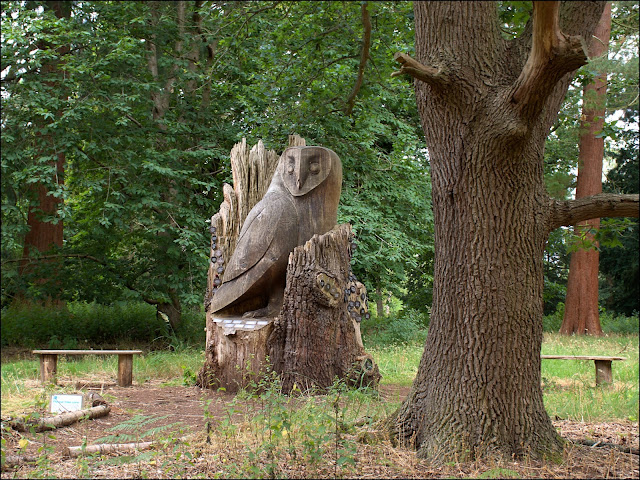 And there's a monstrous owl lurking among the trees! 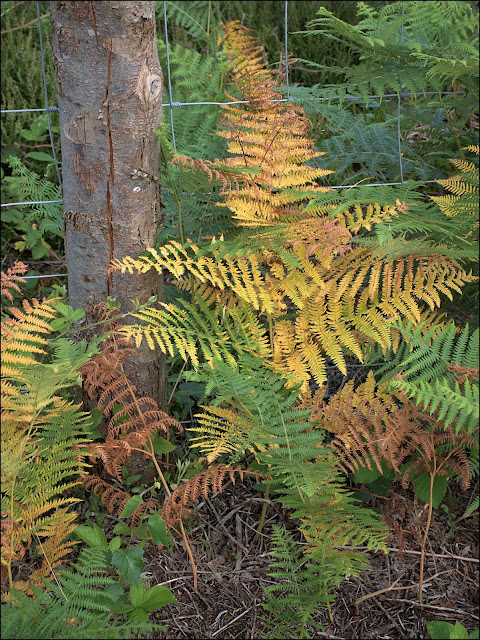 In a month or two all the bracken will be turning gold. Maybe I'll return to take some more pictures then....or maybe I'll forget like I usually do! 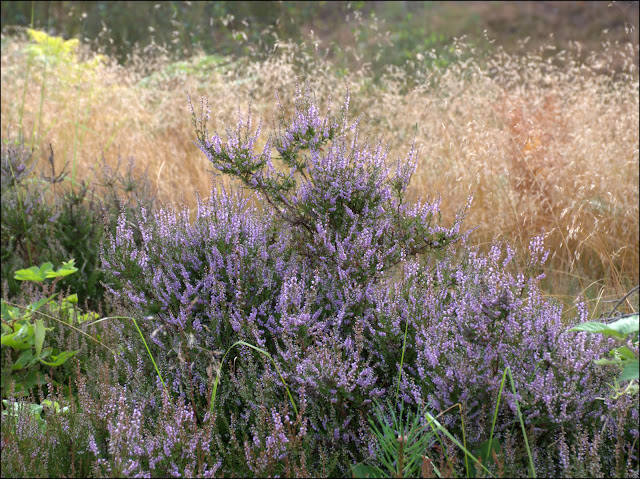 Before then all the heathers will be blooming (though we might go somewhere else to see that spectacle). 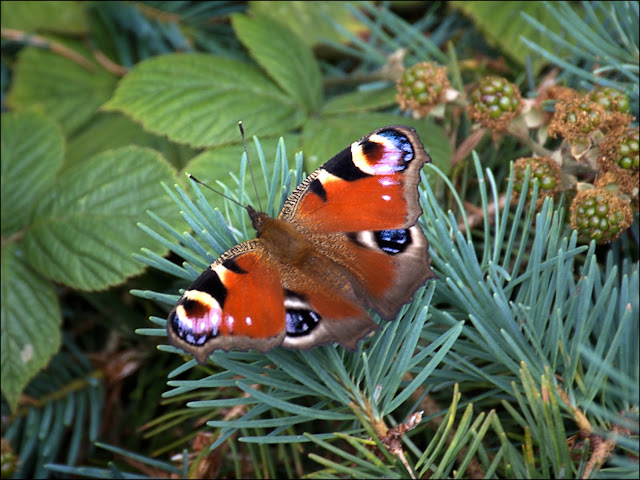 But right now we can enjoy the butterflies like this colourful Peacock. 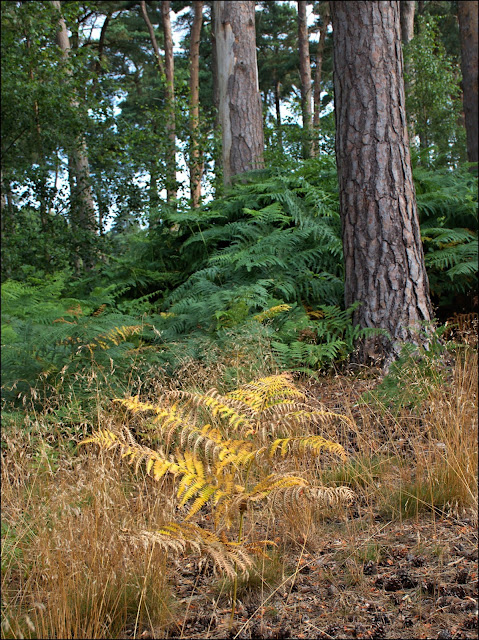 It's starting to warm up and more people are out and about on the trails, so we'll head back to the car park. It's been a pleasant way to spend the morning. 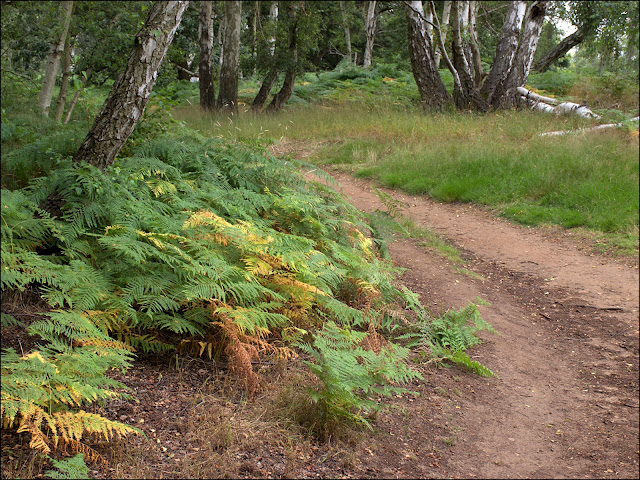 Take care.
Posted by John "By Stargoose And Hanglands" at 16:03