It's a day for a walk in the woods around the quiet Hertfordshire village of Bramfield. 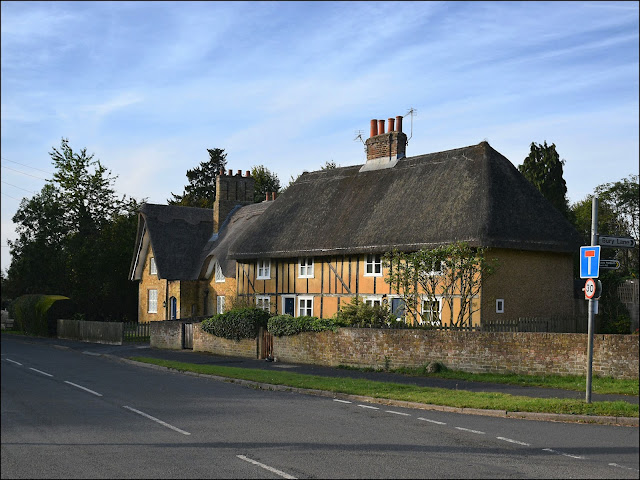 Bramfield is not really on the way to anywhere and is another of those places only reached by narrow, winding roads; though in this case I suspect that many of the people here work in London - or they did till present circumstances dictated that they work from home. 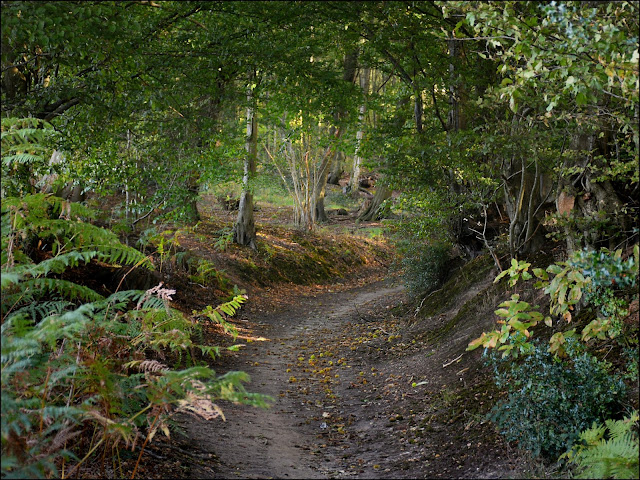 We were soon following sunken paths leading through ancient woodland - a magical place. 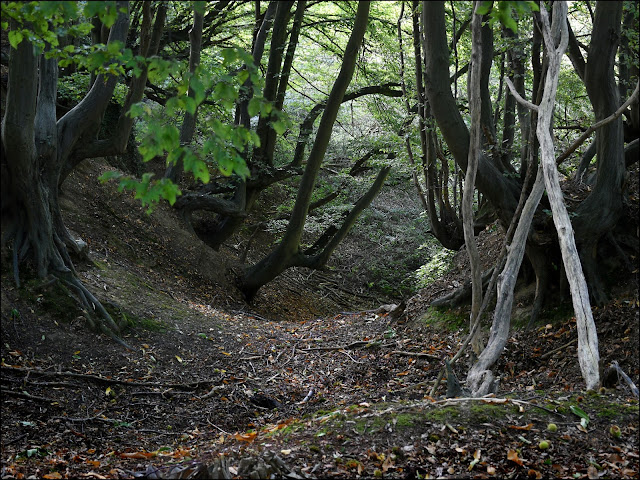 This strange deep cleft in the woodland floor goes by the name of Sally Rainbow's Dell. A few centuries back one Sally Rainbow lived in this out-of-the-way place and was reputed to be a witch. It's said that local farmers used to give her food so that she would refrain from casting spells on their crops and livestock. You might think that Rainbow is an unlikely surname, but there are still a few families of that name dotted around East Anglia. 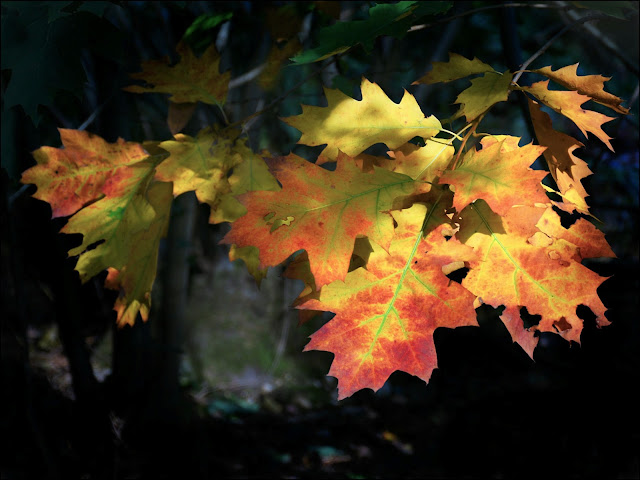 Autumn hasn't really got going just yet, but we did find one or two clusters of golden leaves lurking among the greenery, and being picked out by the late-September sunshine. 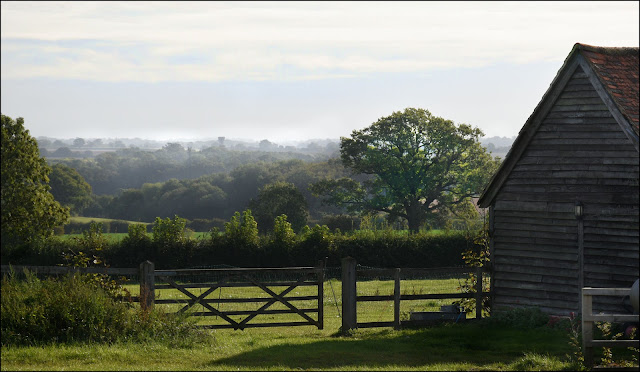 Then we were out in the open again, near to Great Gobions Farm. Gobion is an old Anglo-Saxon family name, so I presume it gets its name, directly or indirectly, from them. 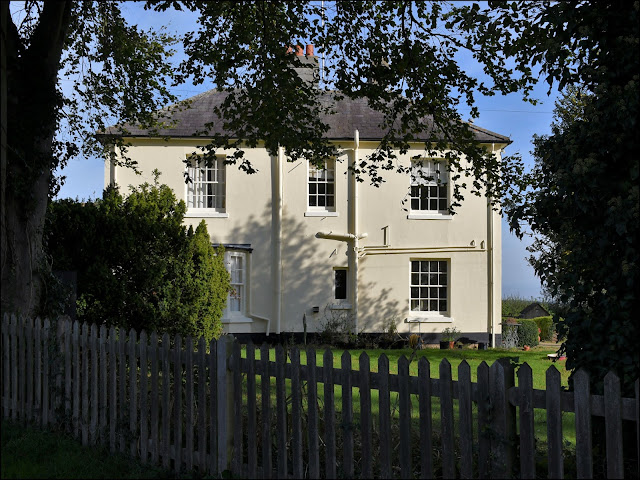 The footpath runs between the farm buildings and right by the rather smart farmhouse. 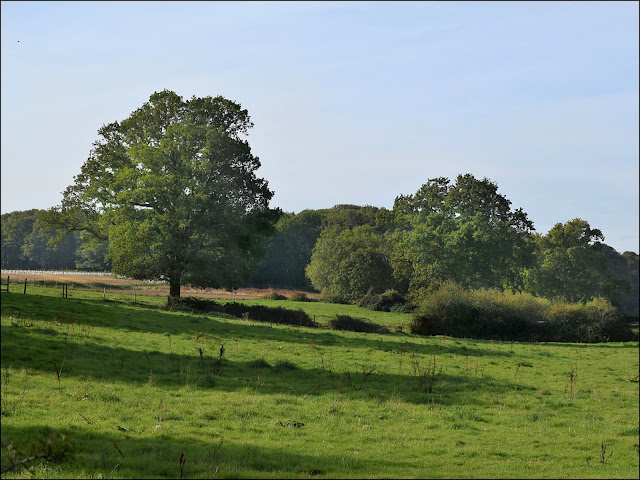 We carried on through open country on quiet roads and tracks before diving back into the woodland once more. 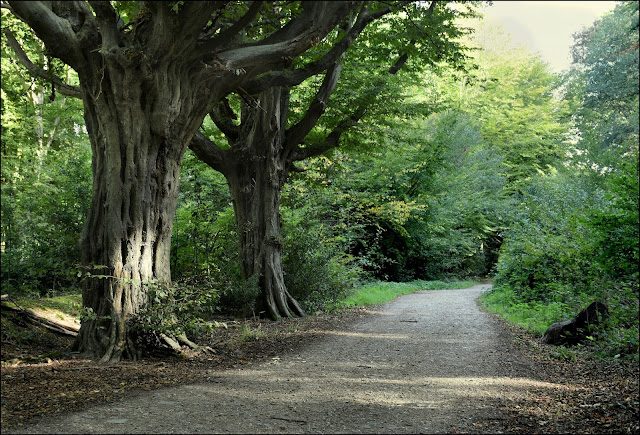 The next few pictures are fairly self-explanatory so I'll tell you the true story of The Hertford Pie-Man, Walter Clibbon:
During the eighteenth-century most of the trade in the country took place at regular markets and fairs. Hertford had a regular weekly market as well as four annual fairs where a lots of money changed hands. However some of those who had profited at the fairs never reached home with their gold, having been roughly set upon along the lonelier stretches of road. 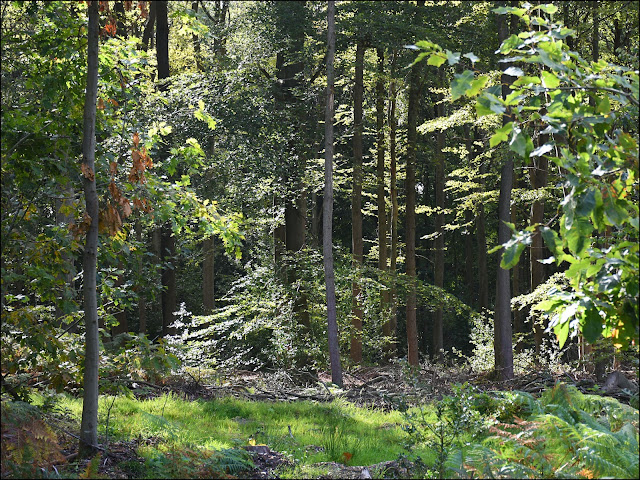 The thieves had their faces blackened with soot so that they could not be recognised. Anyone who put up a fight against them was murdered. It was soon realised that only those who had done particularly well were attacked and robbed; clearly the robbers had some kind of inside information. 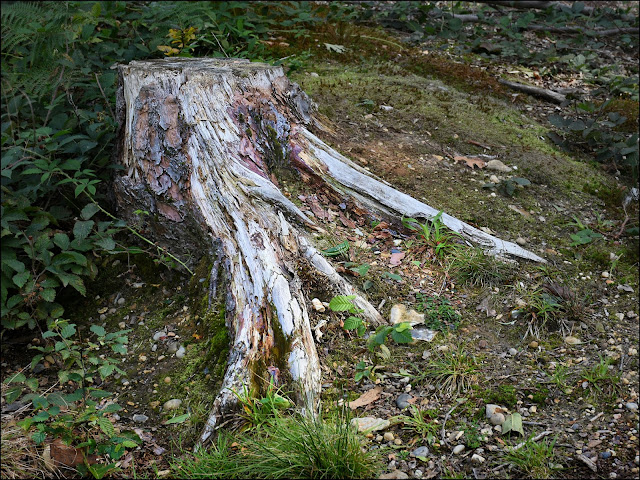 In 1782 the gang attacked a farmer's son, very near to where we are now, as he made his way home. The young man wisely let them have the money and escaped with his life, fleeing to his uncle's house nearby. The young man, his uncle and a servant then went off to try to find the villains and a fight ensued on the road between Bramfield and Datchworth, during which the leader of the gang was shot and killed, causing his accomplices to run off. 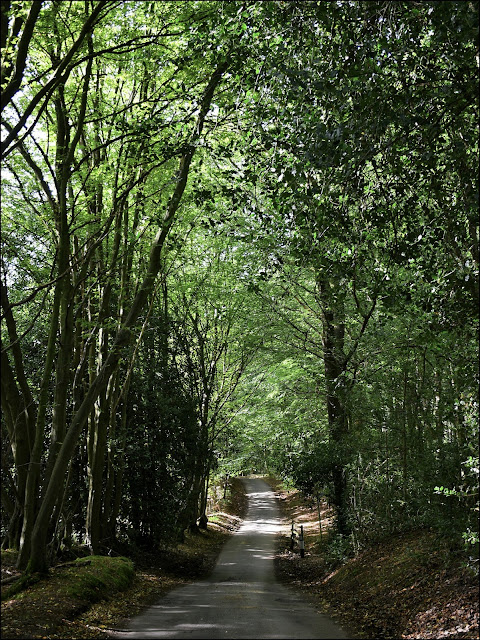 The leader of the robbers was found to be Walter Clibbon, the pie-man who sold his wares at Hertford market and took the opportunity to overhear the conversations of the traders. He was buried at the side of the road where he died, and a stake was driven through his body to prevent his ghost from wandering the roads at night. 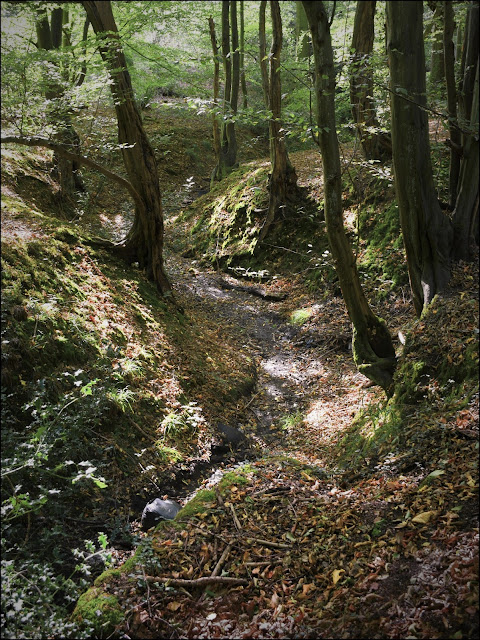 The original stake is long rotted away but a modern post has been erected in its place and has "Clibbon's Post" and the date "December 1782" carved on it. We drove up and down the road, after we'd completed our walk, in search of the post but didn't manage to find it - let alone any ghosts! 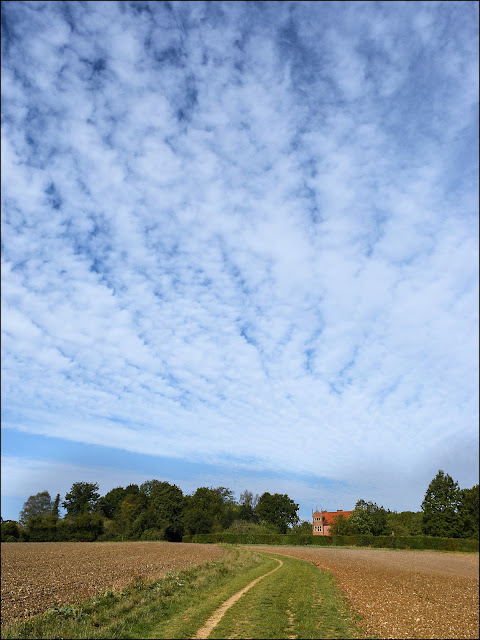 What we did see, albeit rather distantly, was the old house known as Queen Hoo, which is where the uncle in our story lived. 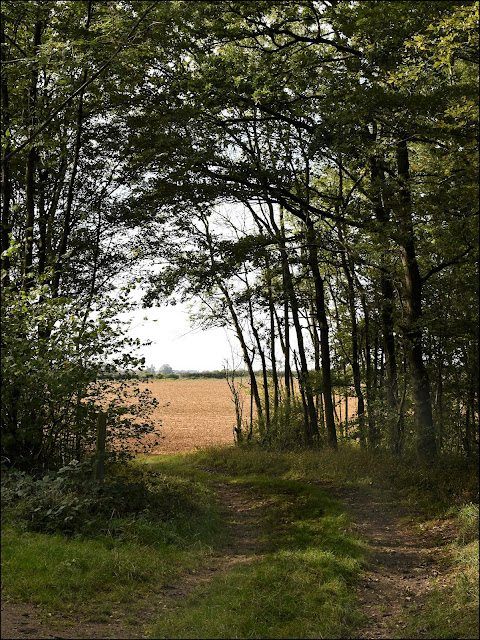 And so we wandered on, undisturbed by any highwaymen or footpads, through this grand piece of countryside, until we once more came within sight of Bramfield church. You can just make out its spire, between the foreground tree and the more distant poplar in the photo below. 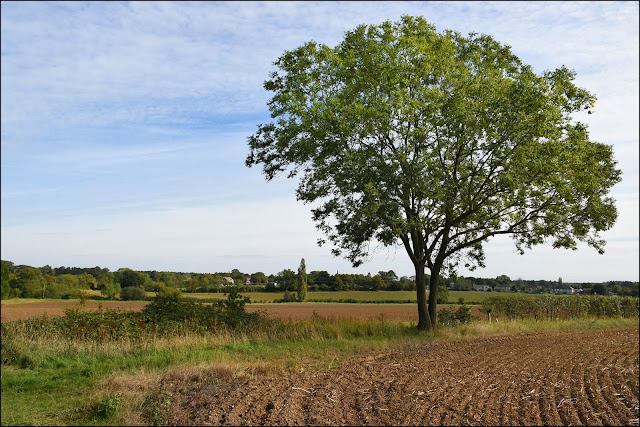 Posted by John "By Stargoose And Hanglands" at 16:41