Nowhere on these small, crowded islands can truly be said to be "remote", certainly not in East Anglia. However there are places, away from the major roads, where few people travel unless they have business in these tucked-away villages. Their connections to the rest of the country are narrow, twisting lanes, often with steep banks and high hedgerows. Most drivers try to avoid such routes - though satellite navigation systems seem inordinately fond of sending you off on hair-raising sorties along them. 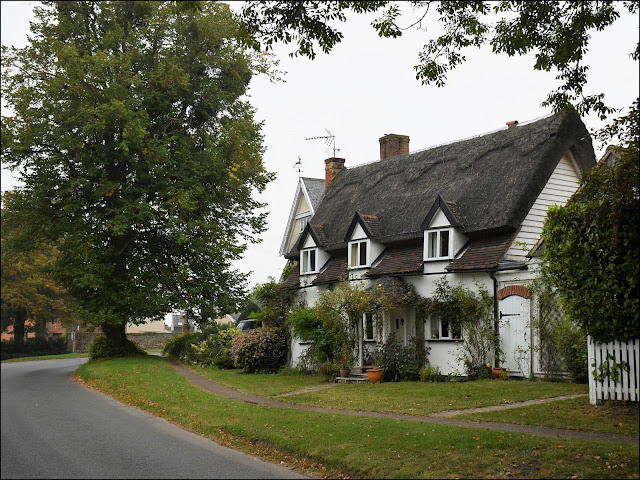 Despite this we found ourselves in the Suffolk village of Hartest on a recent misty morning. In a just world Hartest would be a famous picturesque destination with its large green surrounded by quaint buildings. 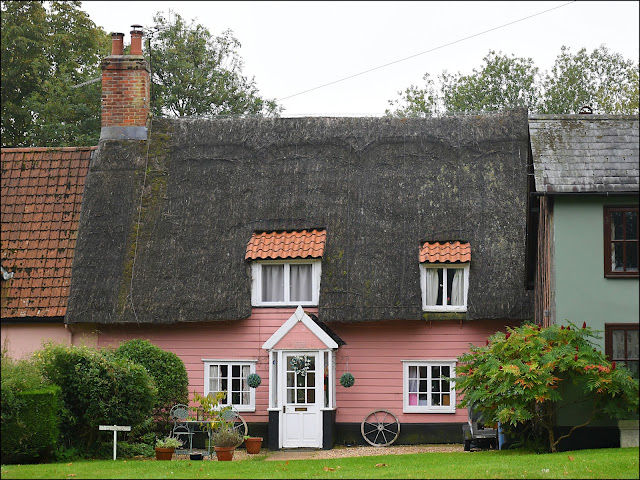 It's expected to brighten up by the time we've completed our stroll, so perhaps there'll be time for a few more pictures later. 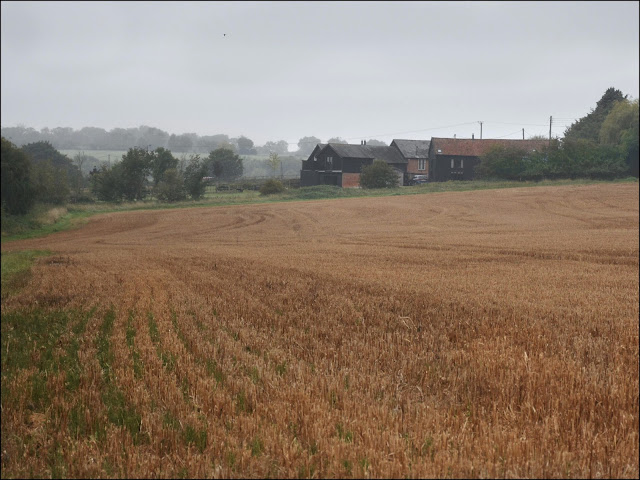 This is farming country with scattered farms and hamlets tucked into the folds in the low, rolling hills. Footpaths are mostly quite clear and skirt the recently harvested fields. Even where a bit of road-walking is necessary there are often paths running along the field-edge behind thick hawthorn hedges. 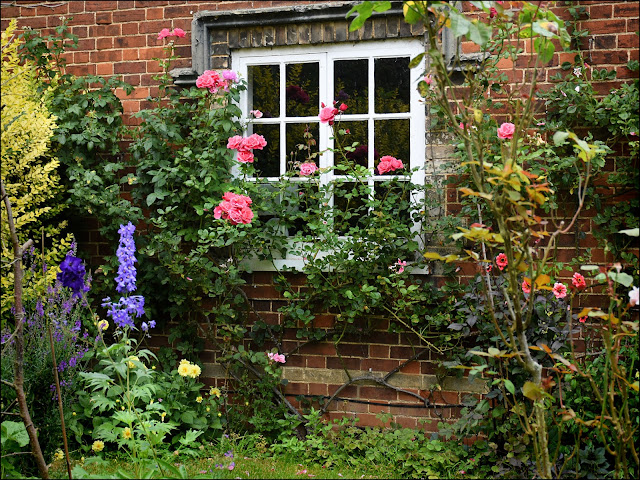 The village of Boxted is no more than a few isolated dwellings, a church and a big manor house. 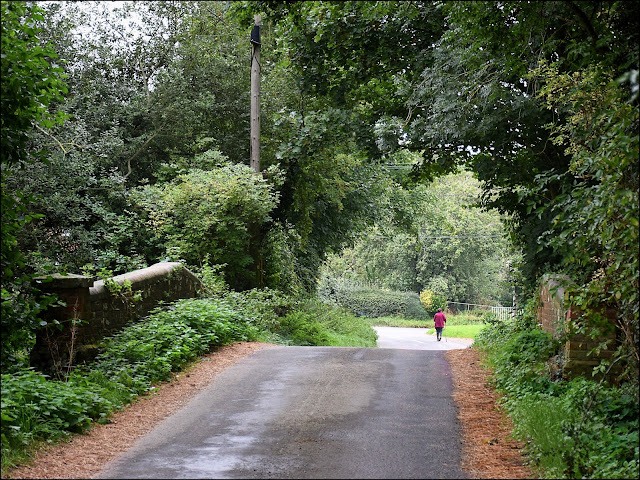 Like Hartest it's only reachable on minor roads, many of them barely wide enough for two cars to pass, lending a sense of seclusion and tranquillity. 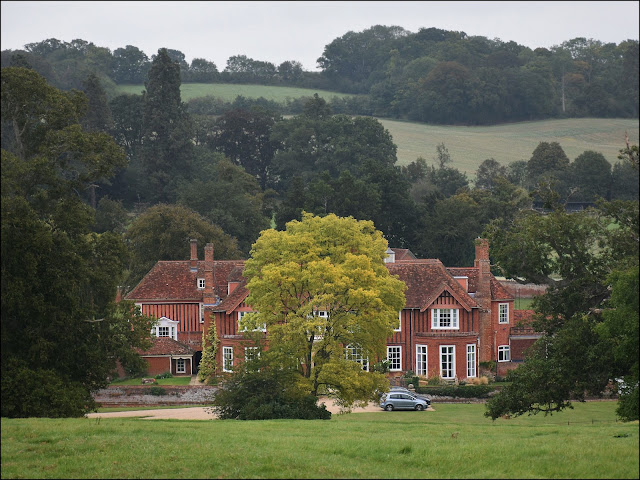 Here's Boxted Hall, standing in the valley of the infant River Glem which has been dammed to create a small artificial lake. 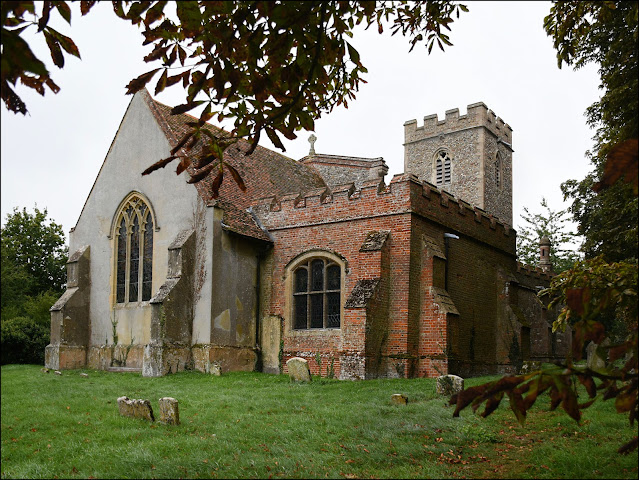 On the hill, overlooking the Hall, is a neat little church in its sequestered churchyard. I was immediately attracted to the red-brick extension on the north-east corner. 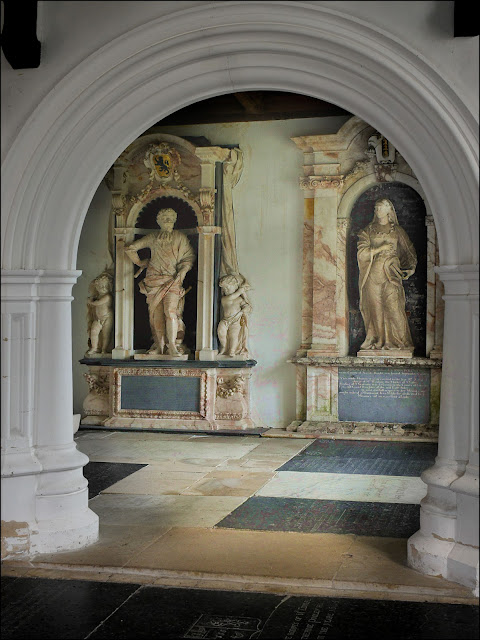 It turned out, as such things often do, to be a chapel dedicated to the memory of the owners of the Hall and its surrounding lands, with some mighty memorials to the past Lords and Ladies. The church had some interesting features but was much less grand. We went outside and passed between the worn and broken stones of the village dead. It all seemed a very neat metaphor for the lives of the Lords and their labourers, though in reality things were a little more complex than that.

The sun was just beginning to break through and shed a little watery light over the land. The  church tower at Glemsford could be glimpsed on the horizon. 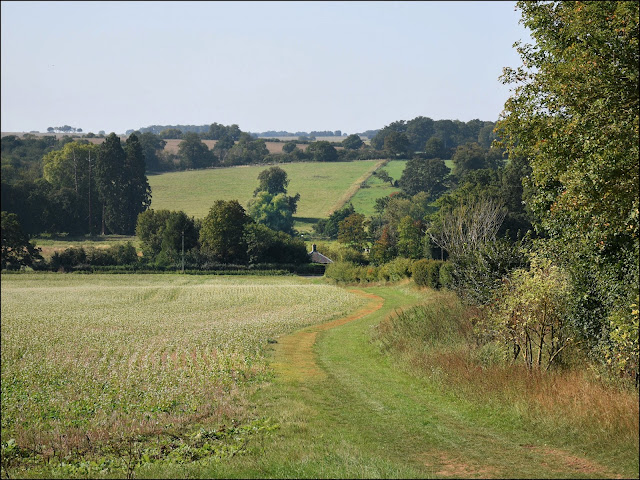 Once the cloud began to clear it was amazing how quickly the scene was transformed, within a few moments we were walking along in blazing sunshine beneath a clear, blue sky. It was time to sit down on a fallen branch and take a swig of drink before tackling the next slope and the rest of the walk. 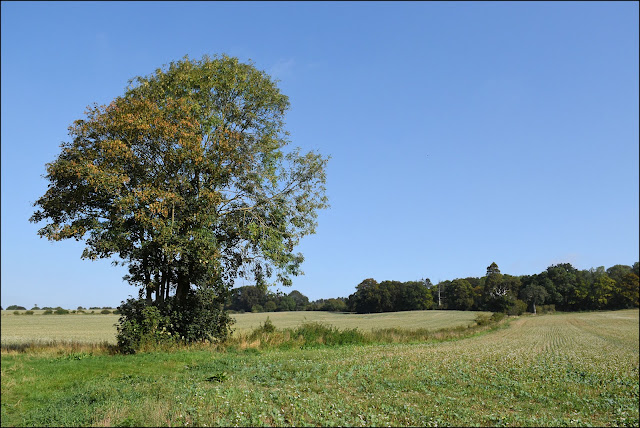 It's supposed to be turning cooler later in the week so we were keen to make the most of this brief Indian summer. 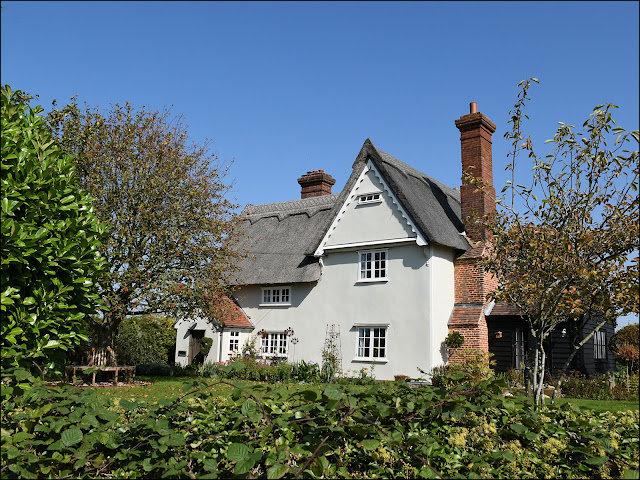 We had to do a little walking on the road passing a vineyard, orchards and this fine old farmhouse. Yes, a vineyard in England; there are several small wine businesses here and there. 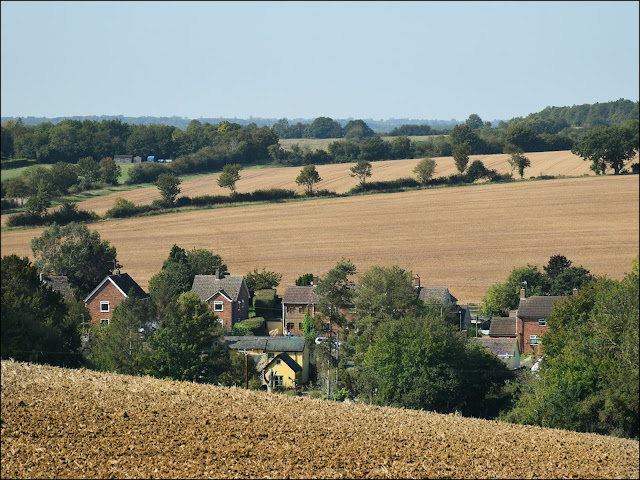 The footpath, descending through fields and back to Hartest, was waiting for us exactly where the map said it would be. Those are some of the newer houses around the edge of the village. 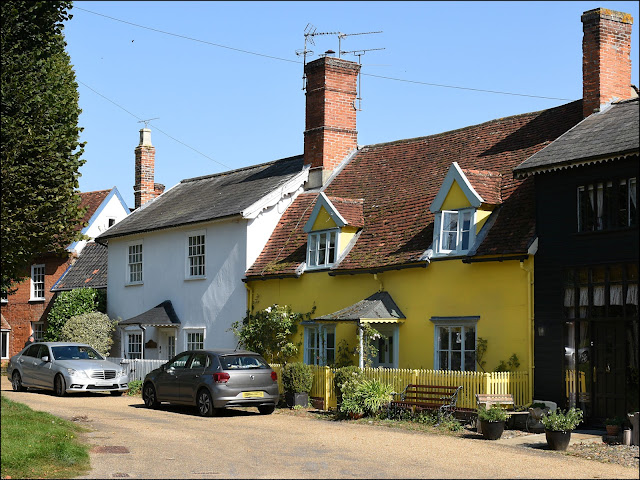 Everything was looking so much brighter and sunnier than when we'd departed a few hours earlier. Of course there were modern cars parked right outside every rustic cottage, but that's how it has to be; you'd be rather stuck living in a place like this without transport. 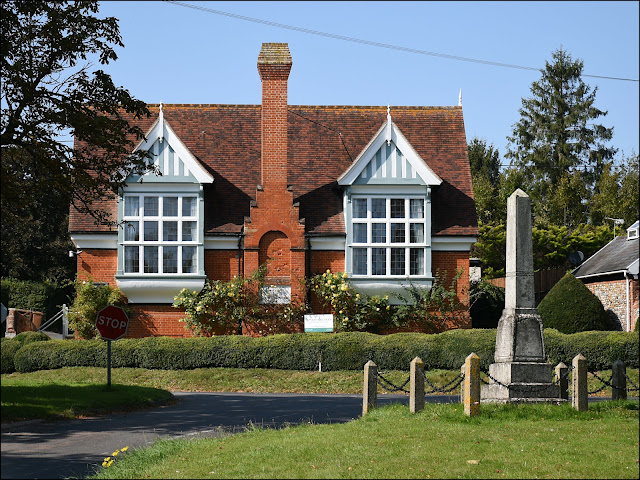 Behind the village's war memorial there's an elegant building in the Arts and Crafts tradition known as Hartest and Boxted Institute, built as a reading room to facilitate the education of the working men in the area. It was paid for by the family who lived in Boxted Hall. 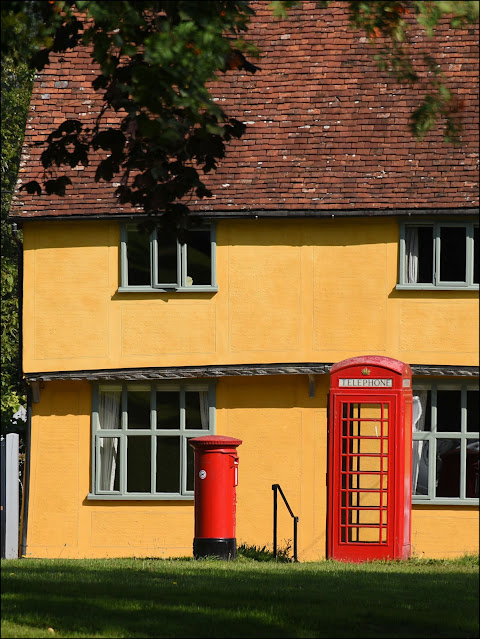 And there we'll end our brief tour of this little-known corner of Suffolk, though there are more treasures to be found nearby which we'll investigate as soon as we've eaten our packed lunches on that convenient bench overlooking the village green.

Posted by John "By Stargoose And Hanglands" at 14:08