The ancient Celts spoke of "thin places", where there was little distance between the real world and the spiritual world. I've never experienced that feeling, but I'm convinced that there are places where the present and the past are in close proximity and it's possible to feel your way back through the centuries. 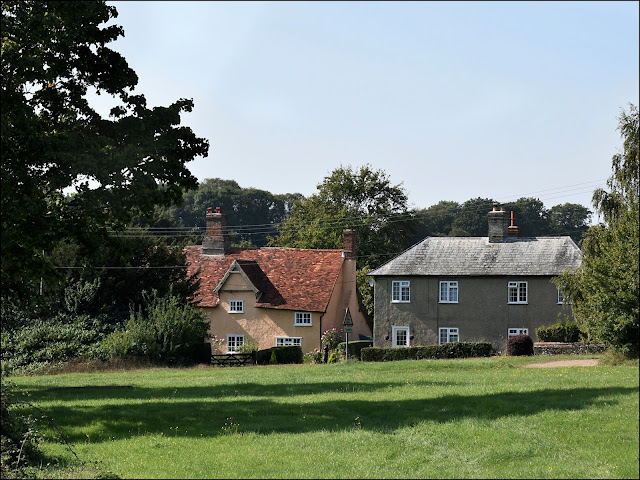 The village of Hawkedon is connected to the modern world by only the most delicate strands; narrow by-ways that snake through the countryside, etched deeply through years of use and overhung by high hedges and spreading oaks. We passed a huge modern tractor in a field gateway and were thankful that we hadn't met with it along the road. 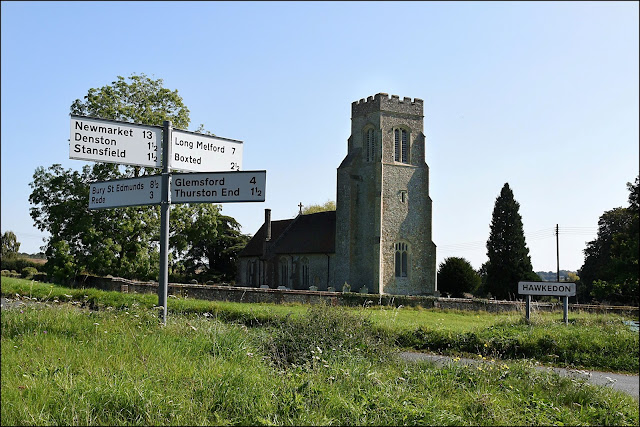 Although English villages can vary enormously in their size and layout, it's difficult to bring to mind any that are quite like Hawkedon. There are other settlements built around a village green, but here the green is large and the few farms and houses gathered around it are widely spaced, like a gap-toothed grin. And there, right in the centre of the green space, there's the church standing in its walled churchyard, completely surrounded by grassland. 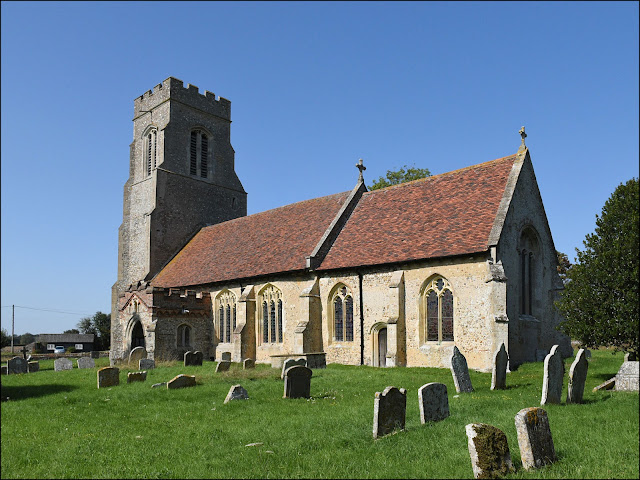 There's something about the isolation of the church, away from the houses in an elevated position, that suggests that this is an ancient site, quite possibly an old pagan centre that was taken over at the very birth of Christianity in this country. The view from the south revealed a nicely proportioned church with a rather attractive little porch. Lets look inside. 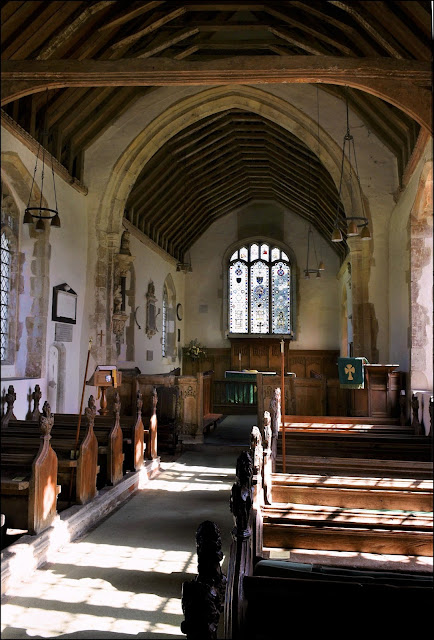 It's difficult to explain, but there's an atmosphere of deep harmony and history here. Just stand there for a while as the dust motes are lit by the slanting sunlight, the warm light reflecting off the stone walls and illuminating the dark woodwork, and you'll realise this is a special space. And there are clues to its complex story everywhere. 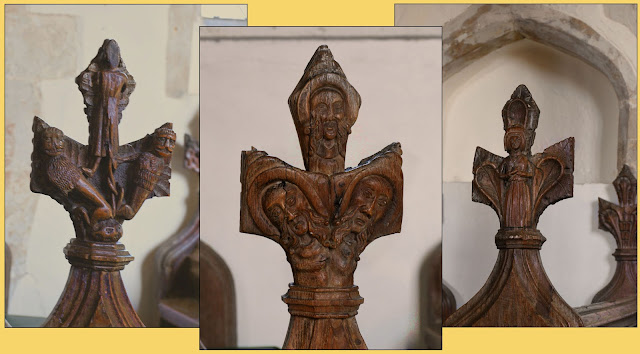 The ends of every bench bear what are known as "poppyheads", upstanding decorative carvings many of which are difficult to interpret. Those three oriental gentlemen in the centre may perhaps be the three wise men, though they appear to be wearing some kind of hoods rather than the crowns which are more usual. That one on the right must be some kind of angel. But what's that on the left picture. Well, they may be lions, though they have very human faces. That's often the trouble with medieval carvings - the craftsmen who made them had never seen the things they were depicting. 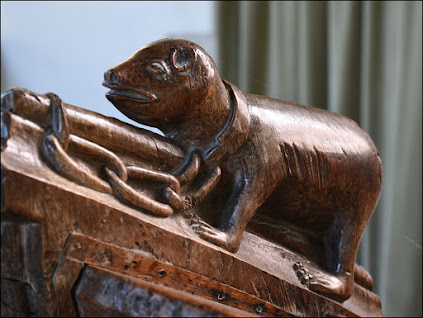 And what's this strange beast at the end of an enormously heavy chain? I've no idea and I can't explain what he's doing in this remote Suffolk church. Just because you feel history is near doesn't make it any easier to figure out (any more than having a foreign language shouted in your ear makes it any easier to understand)! 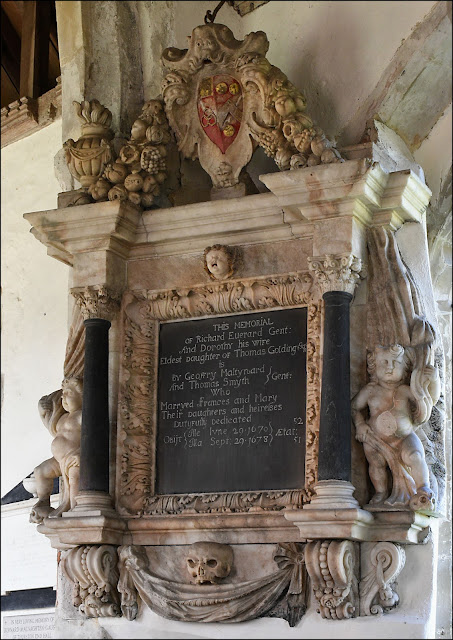 Then there's this odd memorial to Richard and Dorothy Everard. The rather ugly cherubs and skulls are normal enough on a seventeenth century memorial but the inscription is unusual in its blandness: all it tells us are their names and that the memorial was paid for by their two son-in-laws - nothing about their lives, no mention of "resting in peace" or other common platitudes and, most surprisingly no mention of God, heaven, angels or anything religious at all. 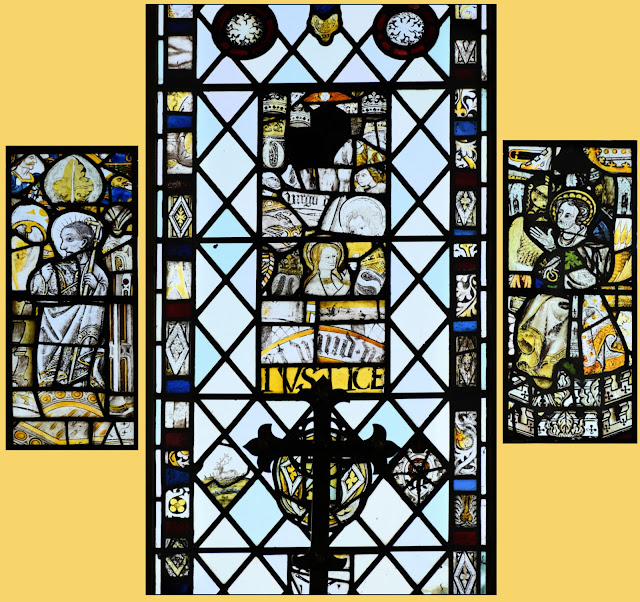 In the east window there are panels made up of small pieces of medieval glass. These fragments are what survived destruction by the Protestant iconoclasts, reassembled at a later date though inevitably with many pieces missing. 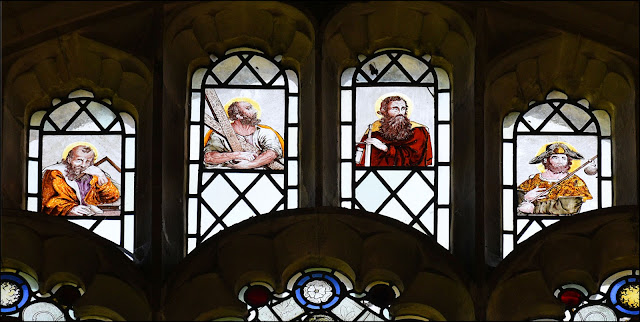 Up above there a later pieces of stained glass showing various saints. 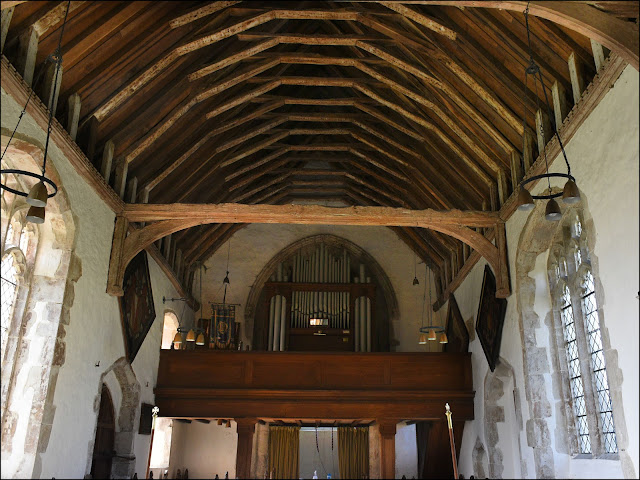 Turning around we can see the west gallery, where in days of yore a small band of musicians would have accompanied the hymn-singing. The organ now resides up there. 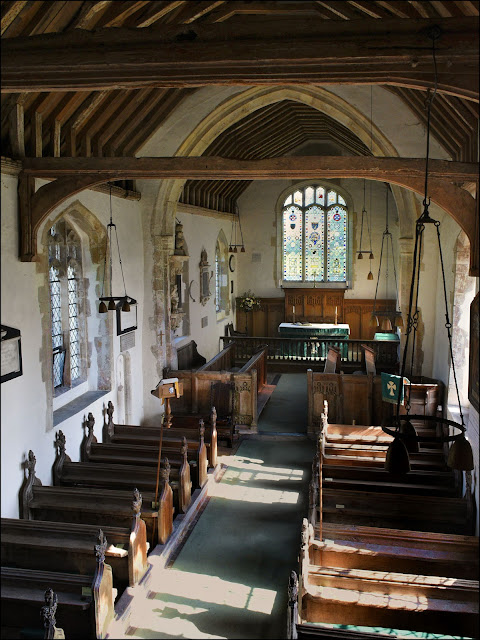 And there was nothing to stop me going up there for a view down onto this atmospheric and beautiful old church. 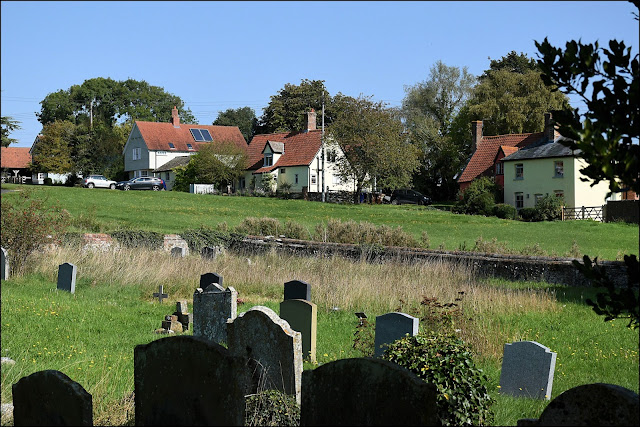 But I'd also heard that there was another interesting but little known church just a mile and a half down the road in Denston, along another of those delightful country lanes. 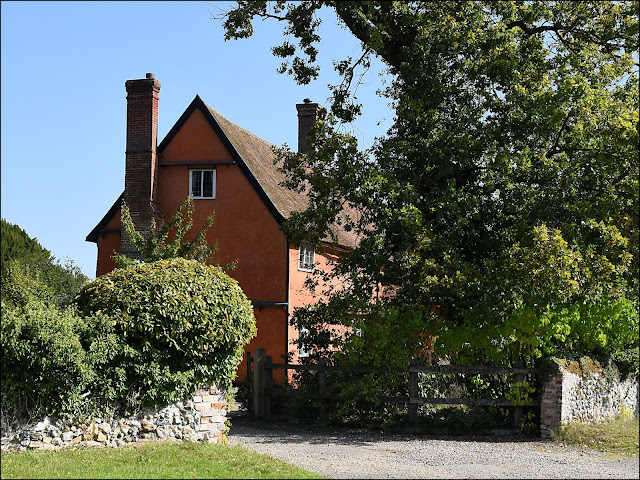 Denston is a slightly larger place with a number of interesting farms and cottages in the vicinity of the church. 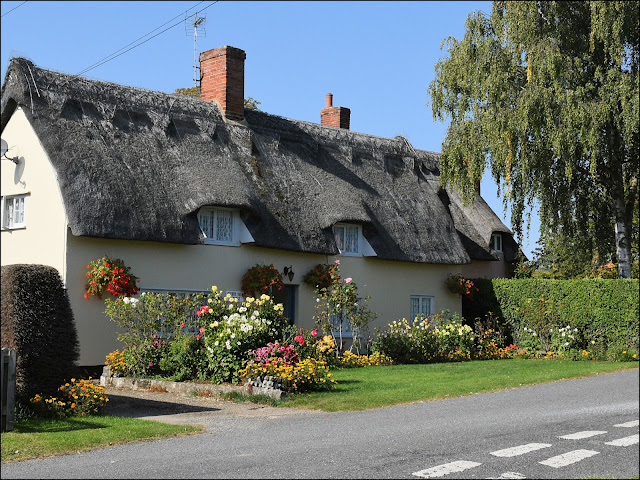 This was turning into a brilliant day full of subjects for the camera. 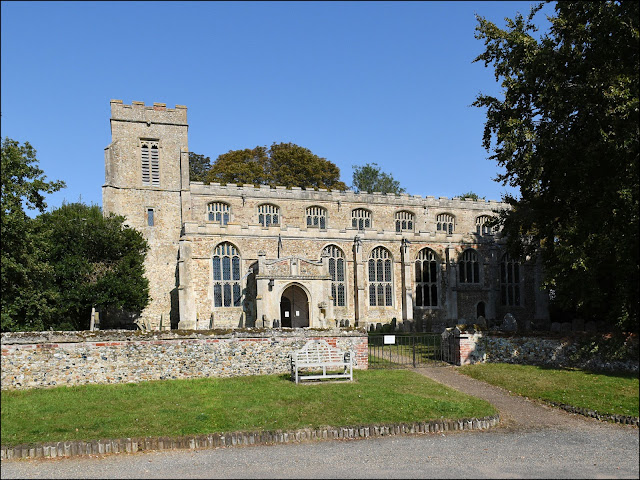 The church is a beauty too; a complete example of the style known as Perpendicular with many windows allowing lots of light in. And from what I'd read it has been little changed since the time it was built. Unfortunately a small brass padlock on the door prevented any further investigations. Never mind, it'll be somewhere to visit another day.

Posted by John "By Stargoose And Hanglands" at 06:54

Email ThisBlogThis!Share to TwitterShare to FacebookShare to Pinterest
Labels: Suffolk, Visits To Churches