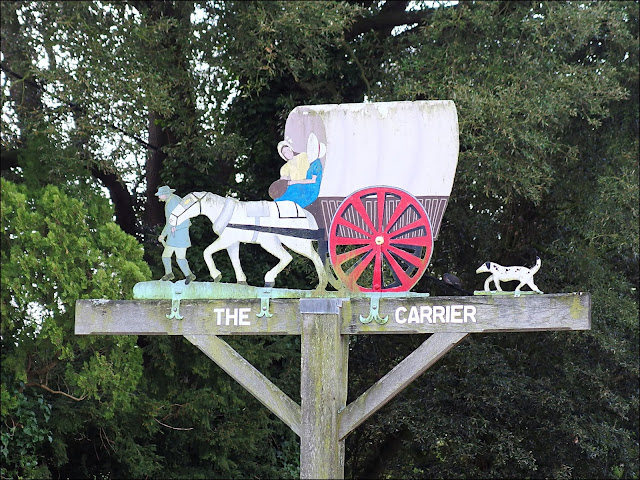 As I wander around the countryside I often pass one of our dwindling stock of English pubs (and occasionally drop in for a drink or a meal). I take a lot of photos of their signs, particularly if I see one that's interesting or attractive, and over the months these accumulate into a collection.

The one above, in Elmdon, is no longer a pub but the householder has kept the unusual sign. The name, "The Carrier", is uncommon but not unique, but this kind of large wooden cut-out sign seems to be a feature of this little area around the Cambridgeshire/Hertfordshire/Essex border country. The idea was, I suppose, copied from one pub to another and perhaps they were all made by the same craftsman.

There are lots of more normal signs though:

Most of them tell something about the area where they're found - "The Anchor" is on the coast, "The Old Barge" stands beside a canal and "The Fox" and "The Fox And Hounds" are in places where fox-hunting was carried out. You can't always make that connection however; my home village, miles from the sea, had a "Sailor's Rest" - perhaps this relates to the old story about retired sailors who would walk inland carrying an oar: when someone asked what it was, he knew he'd got far enough away from the sea to settle down.

Others changed their name over the years; "The Ship Inn" is also sometimes found well away from the coast and it's been suggested that they may have once been called "The Shippen", an old name for a cowshed!

And we'll finish off with another of those unusual signs found not too far from home: 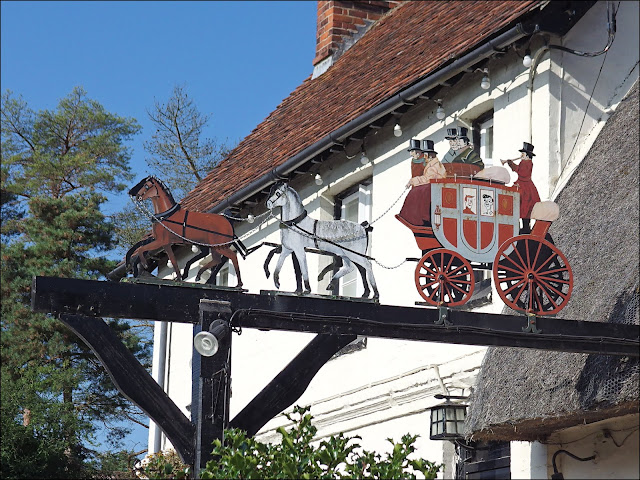