The day dawned with a touch of frost on the rooftops and silvery sunshine glowing through the thin veil of mist. A fine day was forecast so I caught the train to Royston and commenced putting one foot in front of the other. 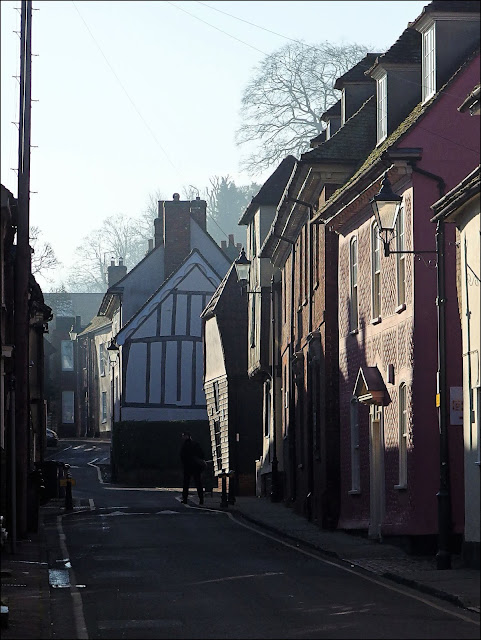 These rather ancient dwellings used to be on the ridiculously wide main street which once formed an elongated market place. Over the years the stalls became permanent buildings, infilling the centre of the old street. The other side became the new main thoroughfare while these buildings became stranded in a backwater. 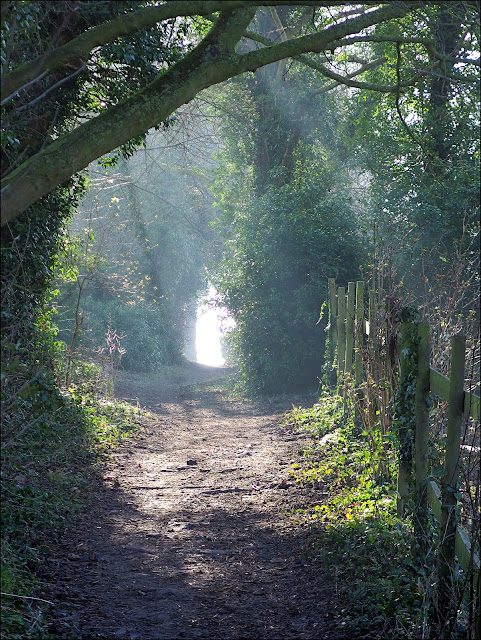 A tree-lined track leads up and on to the chalky ridge behind the town. 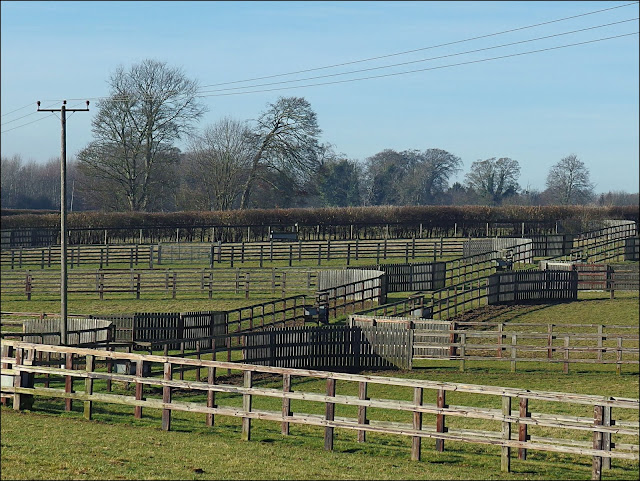 We're soon into a rather odd landscape with elaborate fences and railings. This is home to horses and, judging by the money spent on their accommodation, these must be valuable race-horses. 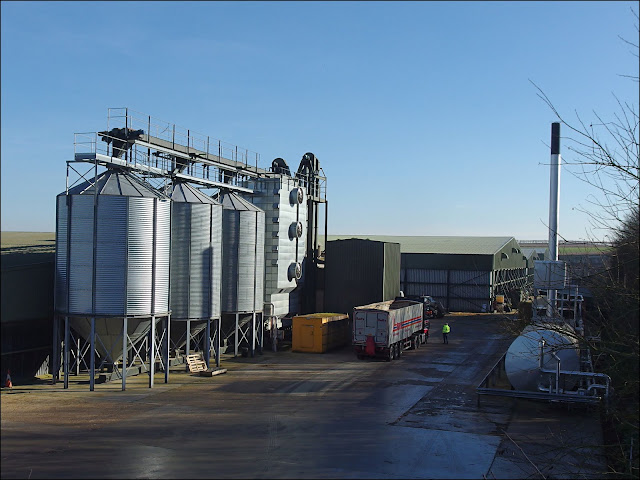 But most of the land is given over to agriculture and pretty ruthless intensive farming at that. Fields here are huge by British standards and largely dedicated to growing grain crops. Yields per acre are as high as any in the world and this is mostly thanks to chemical fertilizers. 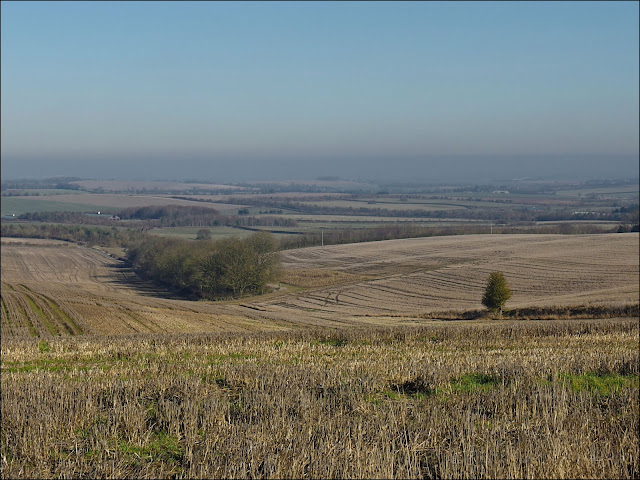 The path led to a stretch of road walking, but there were wide verges and little traffic and the far reaching views give an impression of being really high. The name of this road that makes you feel happy and high? It's called The Joint. Honest! 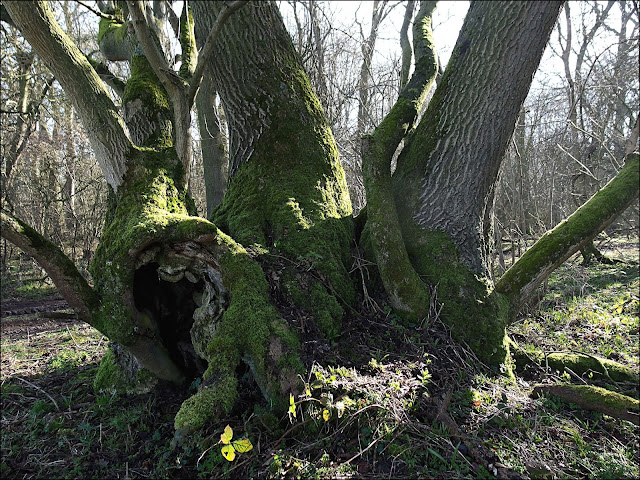 I then took to a muddy by-way (a former road which is still legally, but not realistically, open to traffic) past a stretch of woodland before entering the village of Reed. 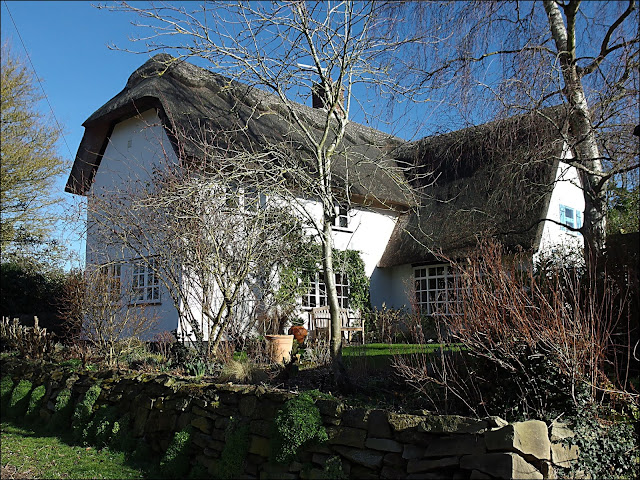 Despite being near to a main road, Reed seems a place lost in time and an idyllic place to live. Despite its small size it does have a village cricket team - and not just any old village team. Reed Cricket Club won the National Village Cricket Knock-Out Cup in both 2012 and 2017, not bad for a place with a population of around 300. 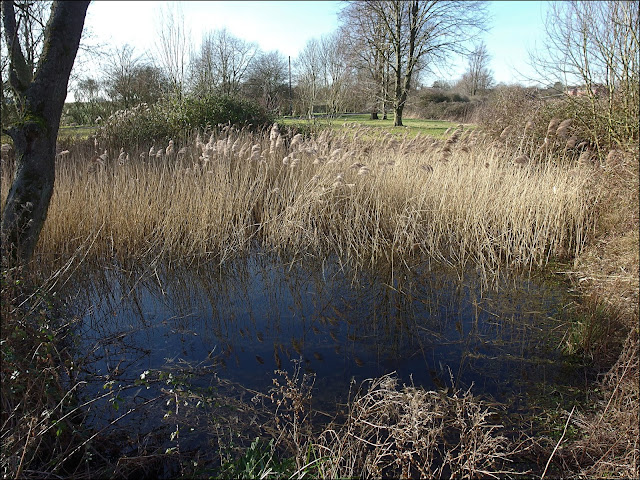 I trudged onwards along another minor road towards Therfield and found this little pond by the roadside. There was a bench nearby where I sat down for a few minutes and had a drink from my flask. The sun was shining, the birds were singing......why not! 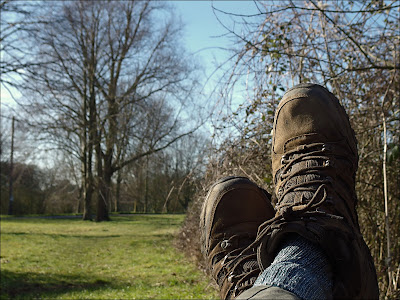 Yes, why not stretch out on the bench and soak up the sun for a while. A Robin was singing in a nearby bush and a Chaffinch was desperately trying to remember the song he sang last year. In the blue sky a Buzzard passed overhead and a little later there was a Red Kite as well. Higher up there was an Easyjet aeroplane too! Difficult to believe this is mid-February. 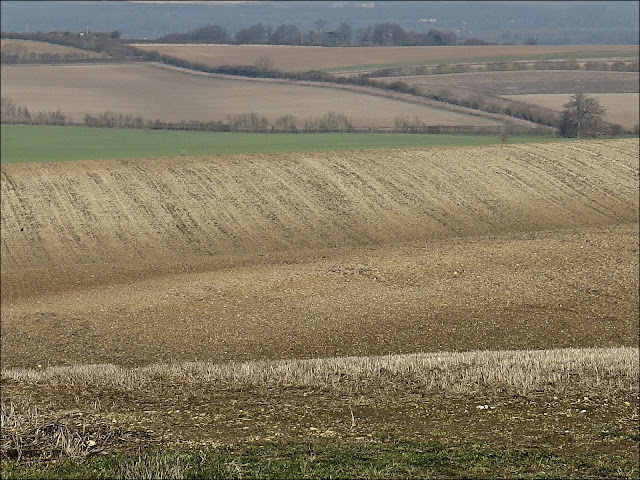 Eventually I gathered sufficient resolution to press on across the fields back towards Royston. 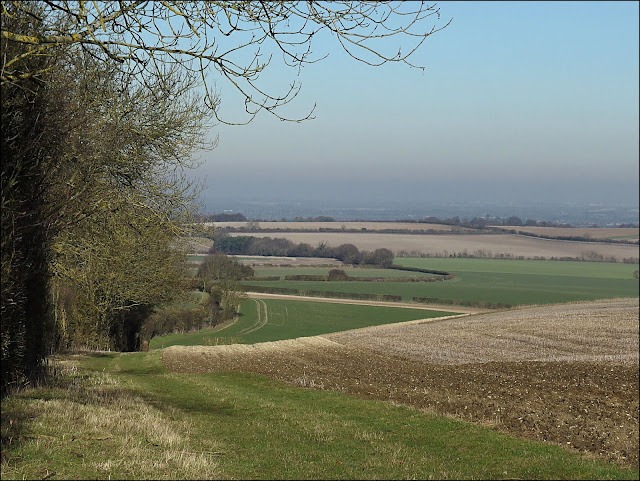 You might expect that this sea of modern agriculture would host very little bird-life, but in fact Skylarks were singing on high for most of the day, and those Buzzards and Red Kites are obviously finding something on which to feed. 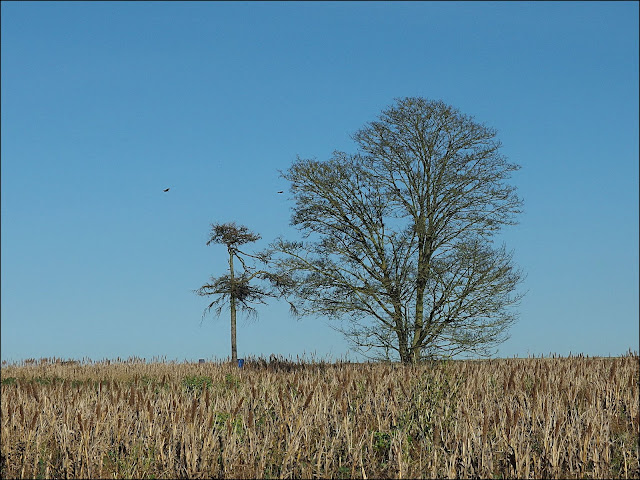 The reason for such bird-life is somewhat counter-intuitive: it's probably because this land is also used for shooting Pheasant and Partridge. Small areas are left to provide cover for the gamebirds and feed is provided for them. Other smaller birds are lucky enough to benefit from this without running the risk of being shot at.

All that remained was a saunter across Royston Heath and back into town to catch my train home.

Posted by John "By Stargoose And Hanglands" at 09:16