A few fine days and suddenly we're all thinking about Spring, even though the meteorologists inform us that it's still winter. But things are certainly beginning to look different. Come with me for a stroll around my local area. 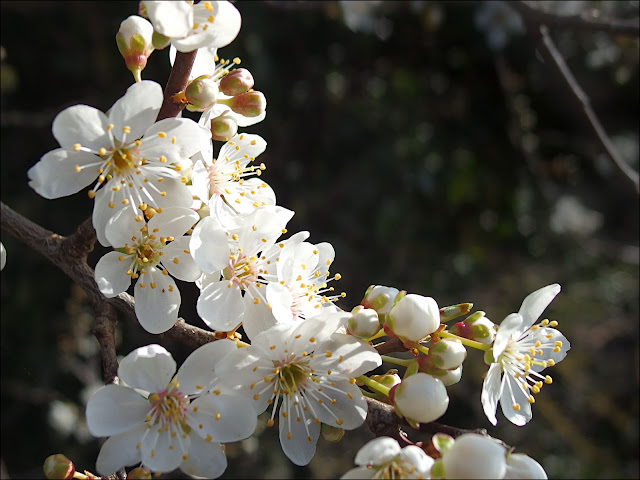 I'm off on one of my regular walks that I can do straight from my back door. I have three or four walks that I can choose from, across fields, down lanes or beside the river. And suddenly they're all coming to life. 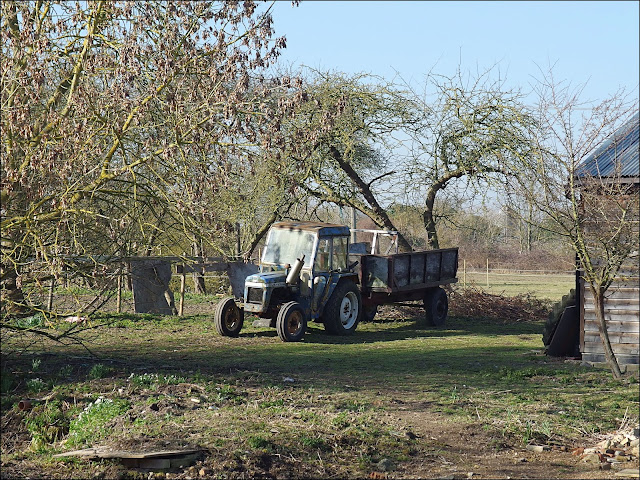 We had a sudden warm spell like this back in 2012 when temperatures suddenly shot up to 18 C, having been down at -10 C just a few days before. This time though temperatures of 20 C were higher than anything recorded in previous winters. 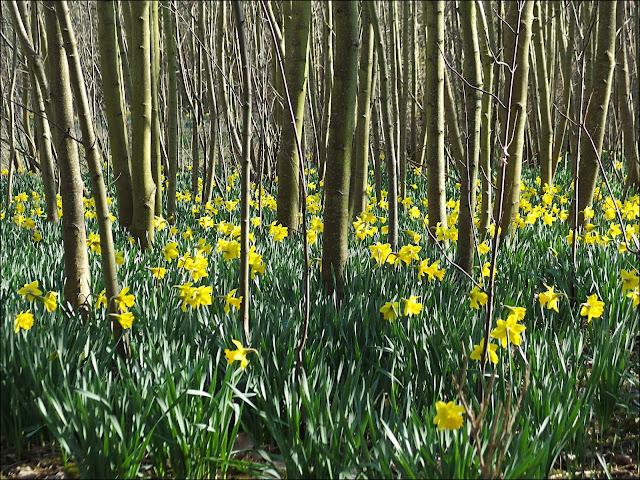 This little wood is just half a mile or so down the road, though I don't know how many people know it's here. There are a few places near here where daffodils were grown commercially, but some seem to have been forgotten and neglected. The flowers keep coming up even after trees have been planted on the land. 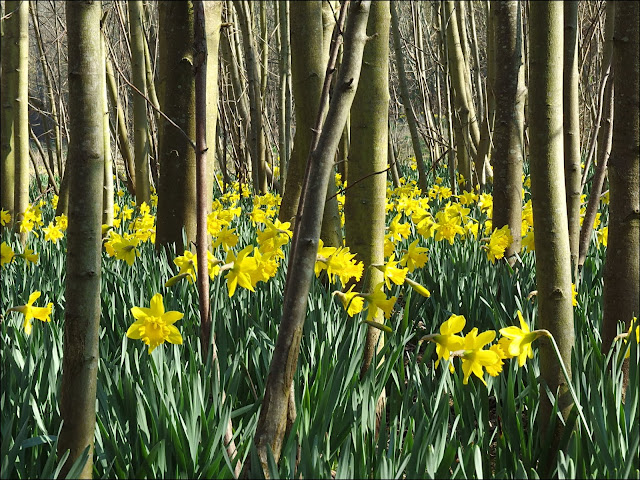 Some people definitely know about this spot though, and there are noticeably less flowers where the fence has fallen down and access is easier! 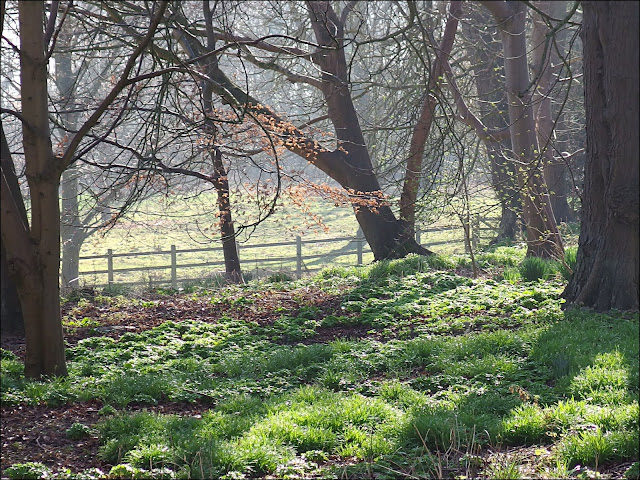 I take nothing but photographs though and continue on my way down the lane. 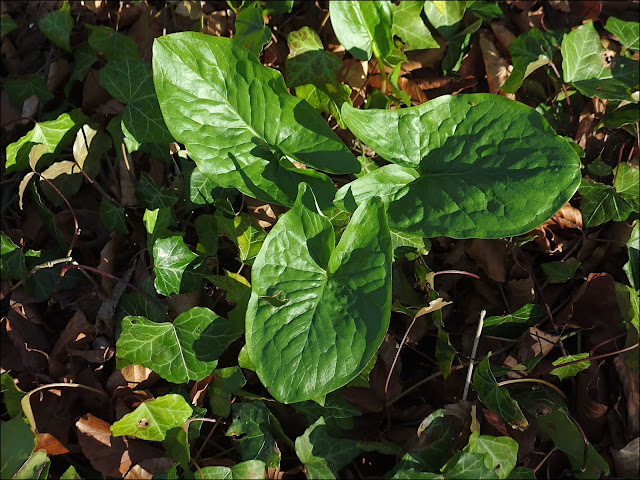 The leaves of Arum Maculatum, or Lords-and-Ladies, or Cuckoo Pint, or Snakeshead, or Shiners, or...or....or....….are just bursting through the leaf litter. If you're unfamiliar with this plant I wrote a whole post about it here. 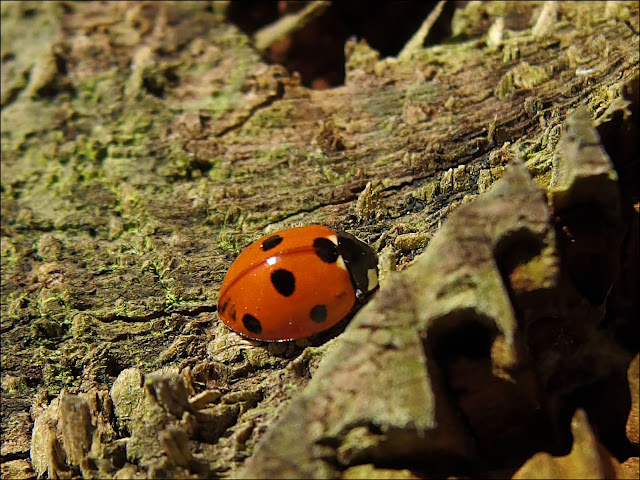 It's been warm enough to convince this Seven-Spotted Ladybird that summer is on its way. It may be our most common Ladybird but it's still nice to see it around. 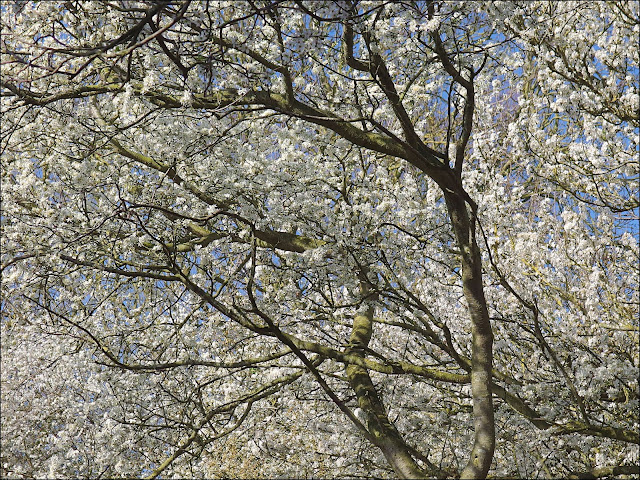 Given the right growing conditions (and no interference from mechanical flails) the common hedgerow Blackthorn can give displays every bit as impressive as the more celebrated blossom trees. 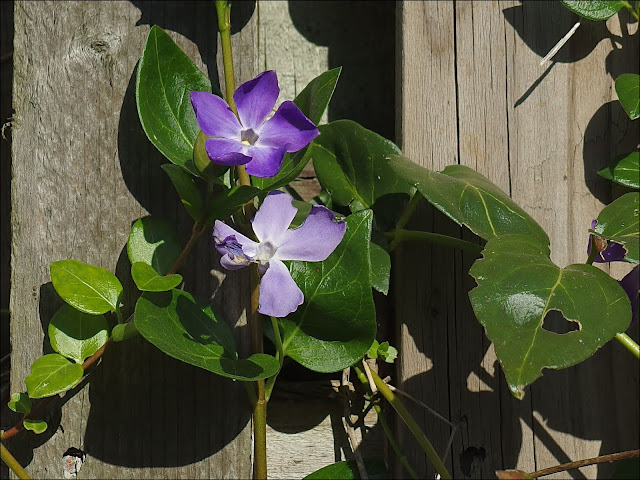 Periwinkle tries its best to escape from the garden environment and, though it's not usually considered as a troublesome invasive species here in the UK, it could perhaps become one if our climate changes in the way it threatens to. 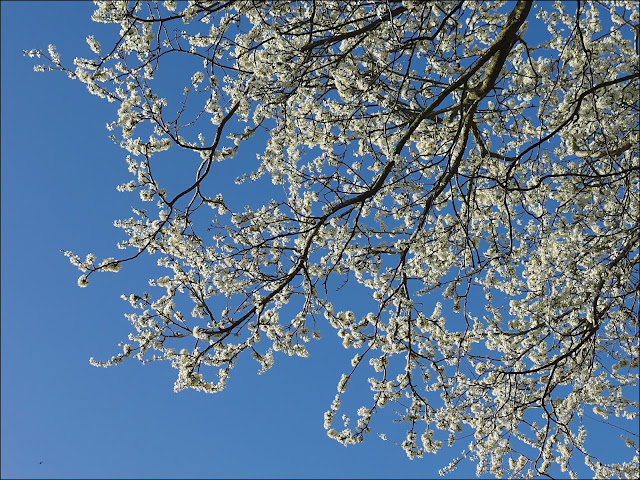 Unbroken blue skies have been the order of the day for the past week or so, though as I write this we're already back to our more usual February fare. 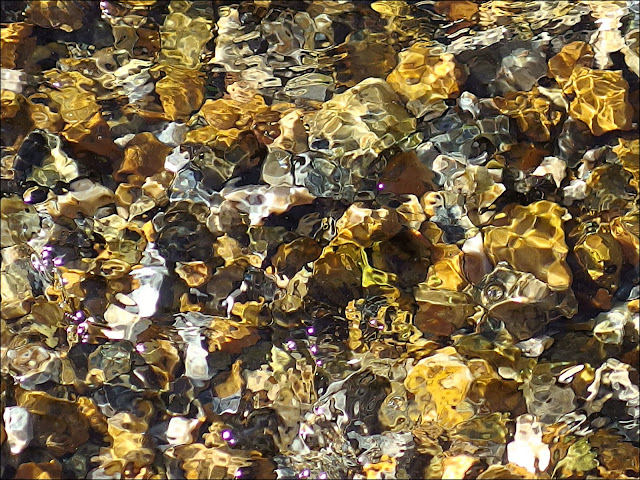 Our little chalk stream, the River Mel, cheerfully makes its way beneath the sun-blessed blossoms. It's less than a mile from its source here and it's crystal clear as it passes over its gravel bed. 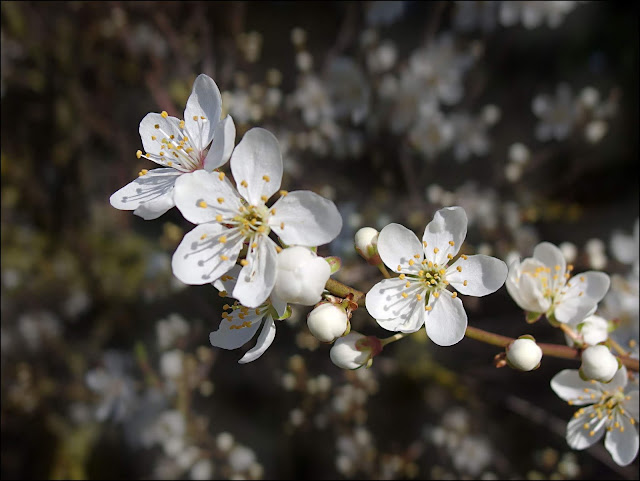 Whether this is the start of Spring or just a pleasant respite from winter remains to be seen.

Posted by John "By Stargoose And Hanglands" at 14:22