The Fair-Maids Of Frog End 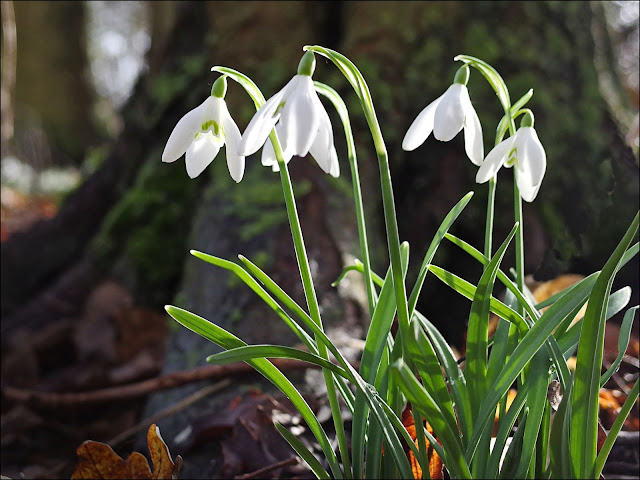 If you should ever find yourself in the village of Shepreth, - which is pretty unlikely for most of you, I know - and more particularly in that part of it called Frog End, then look out for a footpath leading off at an angle from the road. As footpaths go this one is pretty useless, as it takes you through a field, then back to the same road you've just left. Not only that but it crosses a field that is often occupied by a large bull. It's not a popular route. 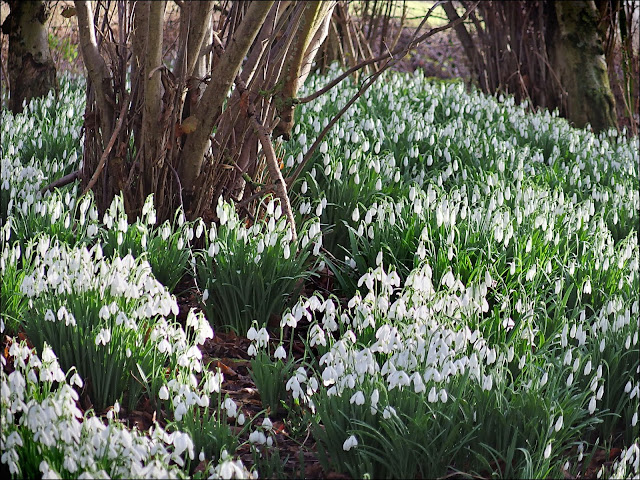 But between the road and the bull pasture there's a small (very small) triangular wood. And that's where the fair-maids hang out at this time of year. 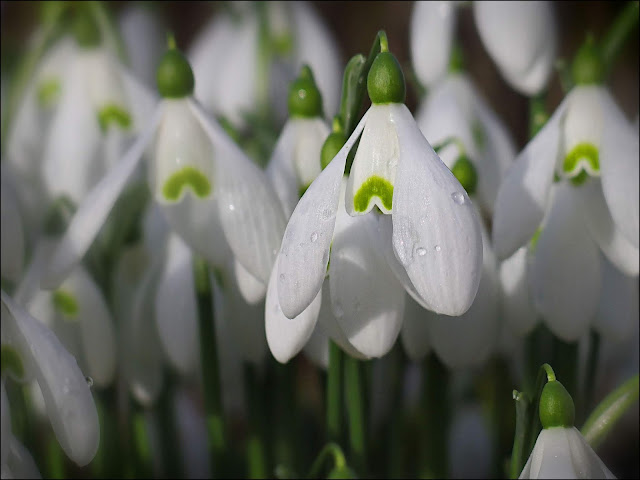 Yes, February Fair-maids is just another name for Snowdrops and this little wood has more than its share of them. 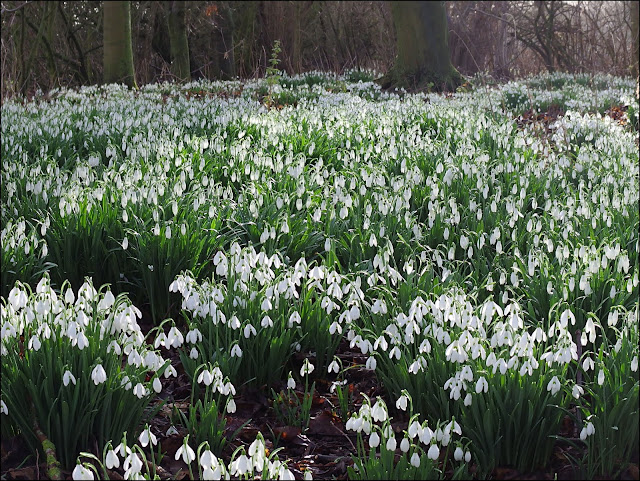 It's an odd plant in that no one is really sure if it's a native British species or not, though they certainly look as natural as any wild flower and they seem to thrive in our climate. 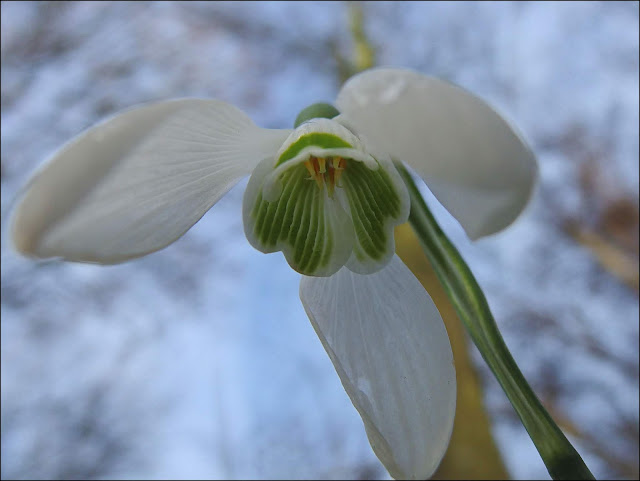 The thing that makes botanists doubt their natural occurrence is that they hardly ever spread by producing seed, but mostly by subdividing as bulbs. There's just not enough insect life around to pollinate them in February. 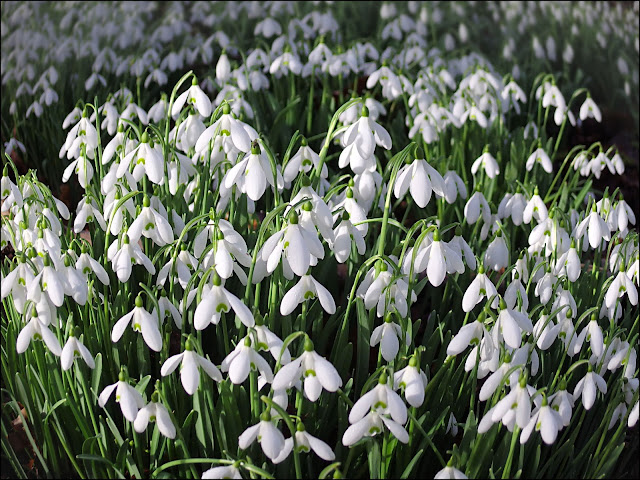 They have long been regarded as symbols of purity by the Catholic Church, and many places where snowdrops are plentiful were the sites of old nunneries and priories. As these were abolished during the reign of Henry VIII the snowdrops have certainly been on these islands for many centuries. 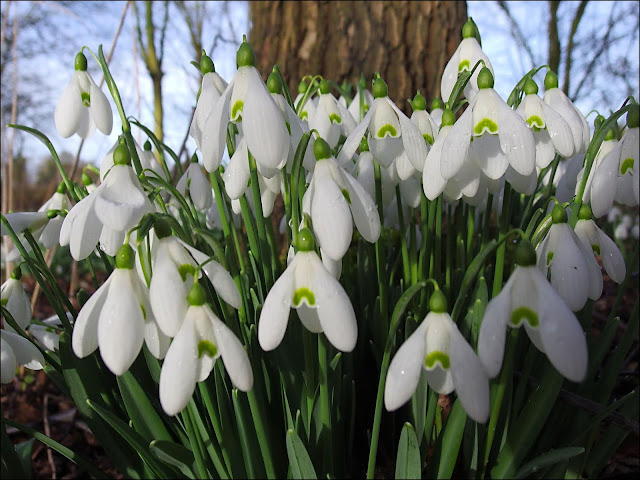 This little wood though has been planted more recently. A small sign tells us that it's called Caroline's Corner and was planted in December 1987. More than that I can not tell you. 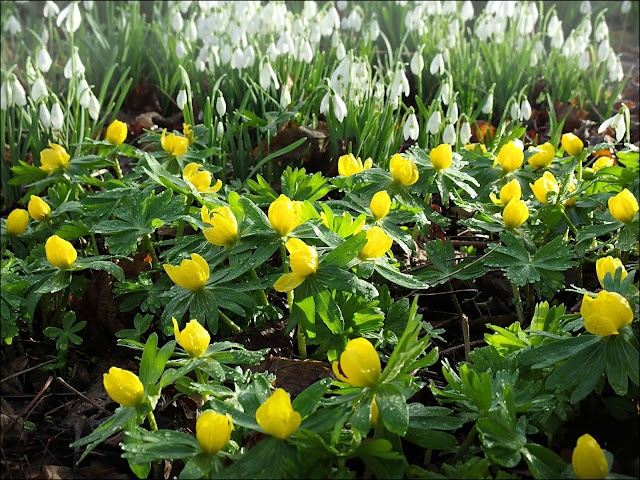 There are Winter Aconites here too. They are certainly not native to these shores, coming from Southern Europe, but have escaped from gardens and have made themselves very at home in our woodlands. 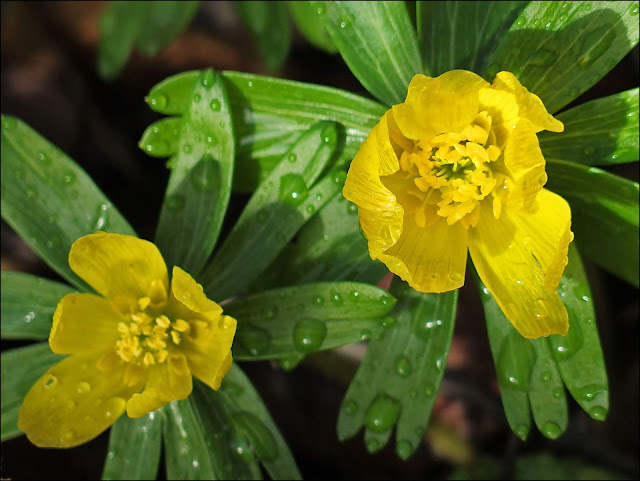 In Suffolk they are sometimes known as "Choirboys" from the collar of greenery surrounding the flowers like choirboys' ruffs. Fair-maids and Choirboys it is then. 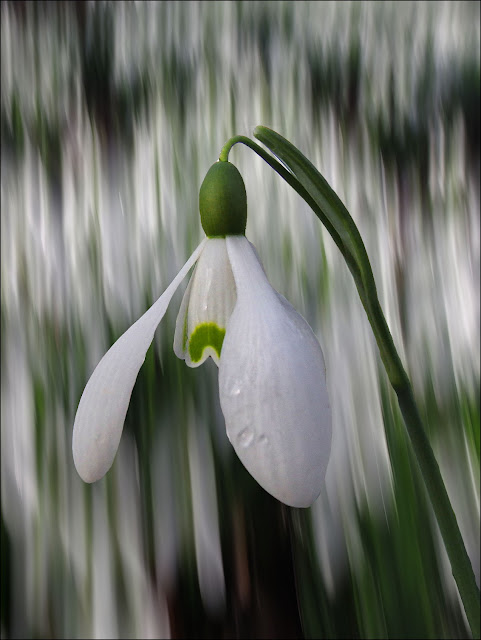 Posted by John "By Stargoose And Hanglands" at 19:37