Don't forget your greens! How many mothers have told their children that?
And yesterday wandering through the Botanic Gardens in Cambridge I consumed as many greens as I could find, ignoring all the tastier colours that were on offer.
So I now offer them to you. It won't count as one of your "five a day", but I hope it won't give you indigestion either. 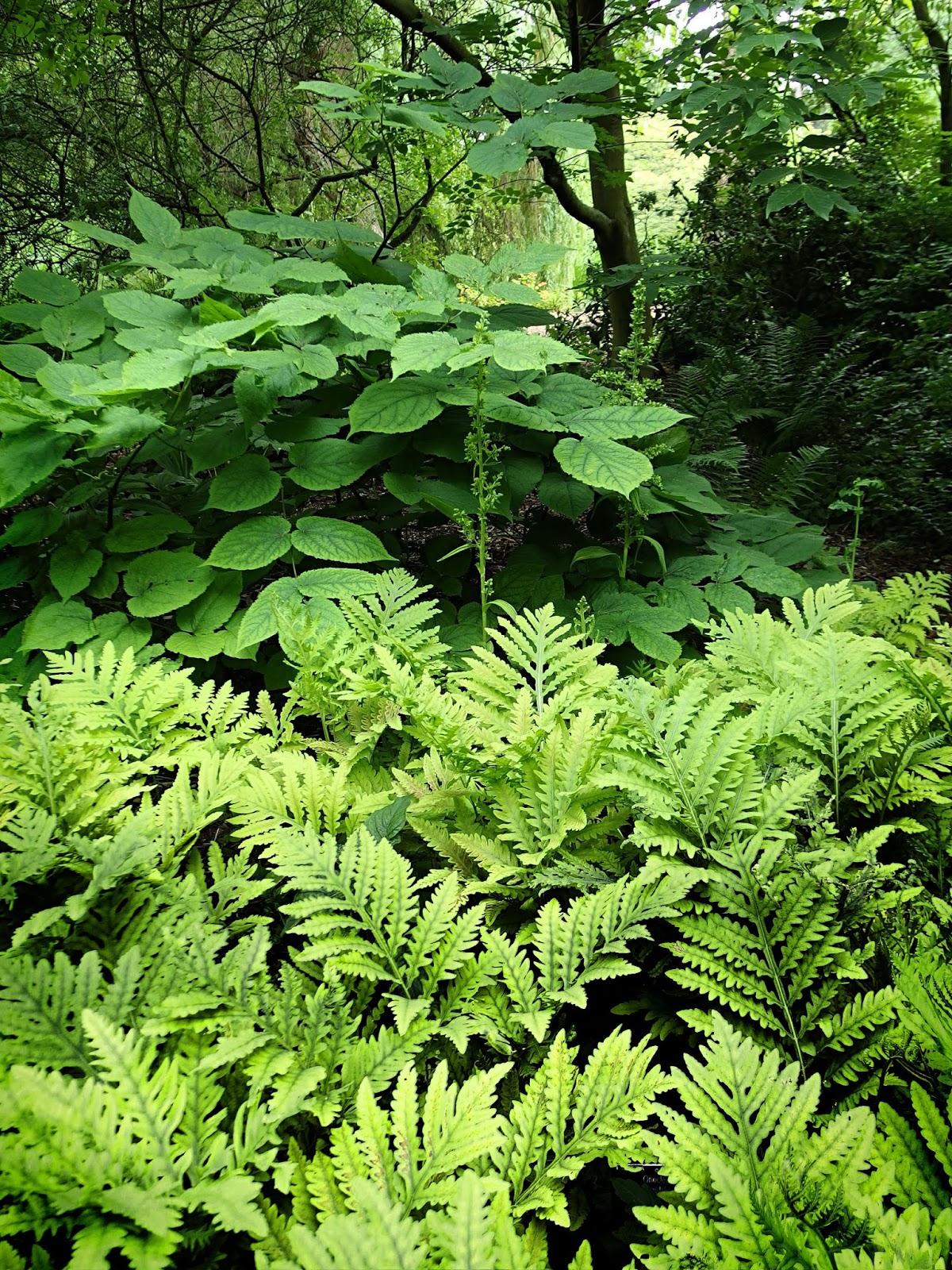 Everything seems super-luxuriant this year,
the result of an early spring and just enough rain an sun. 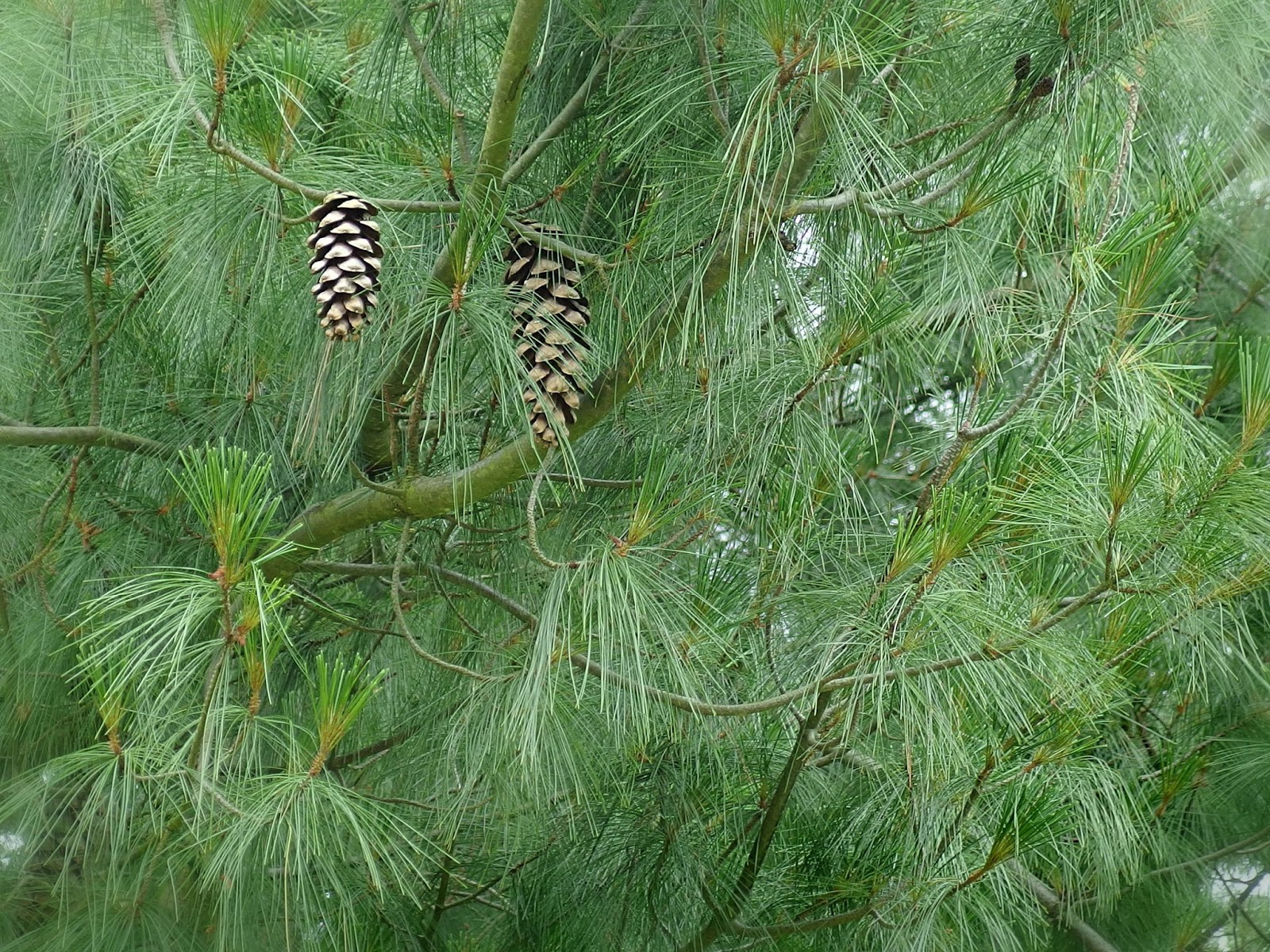 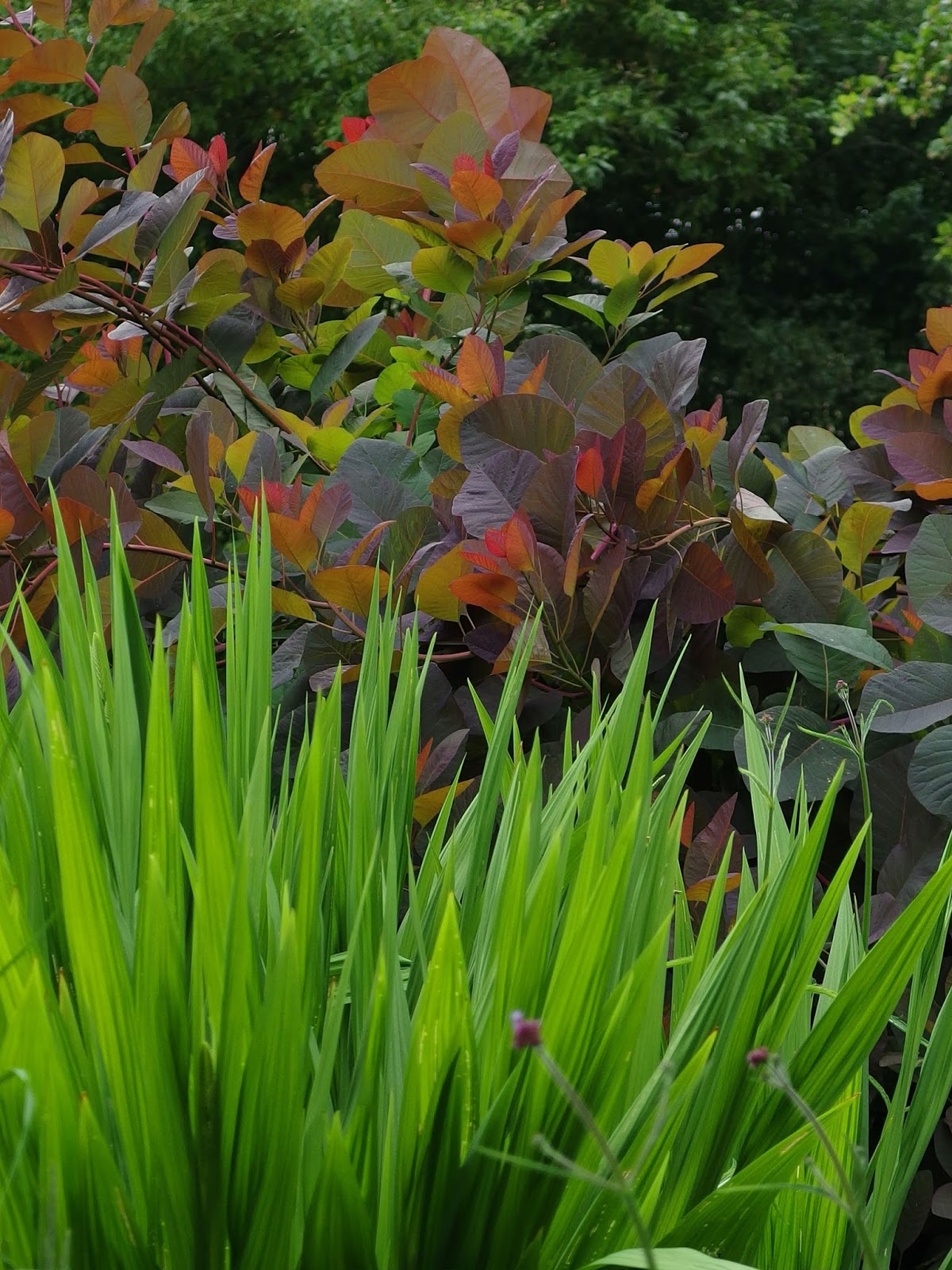 Cheating a little bit;
those leaves are almost red. 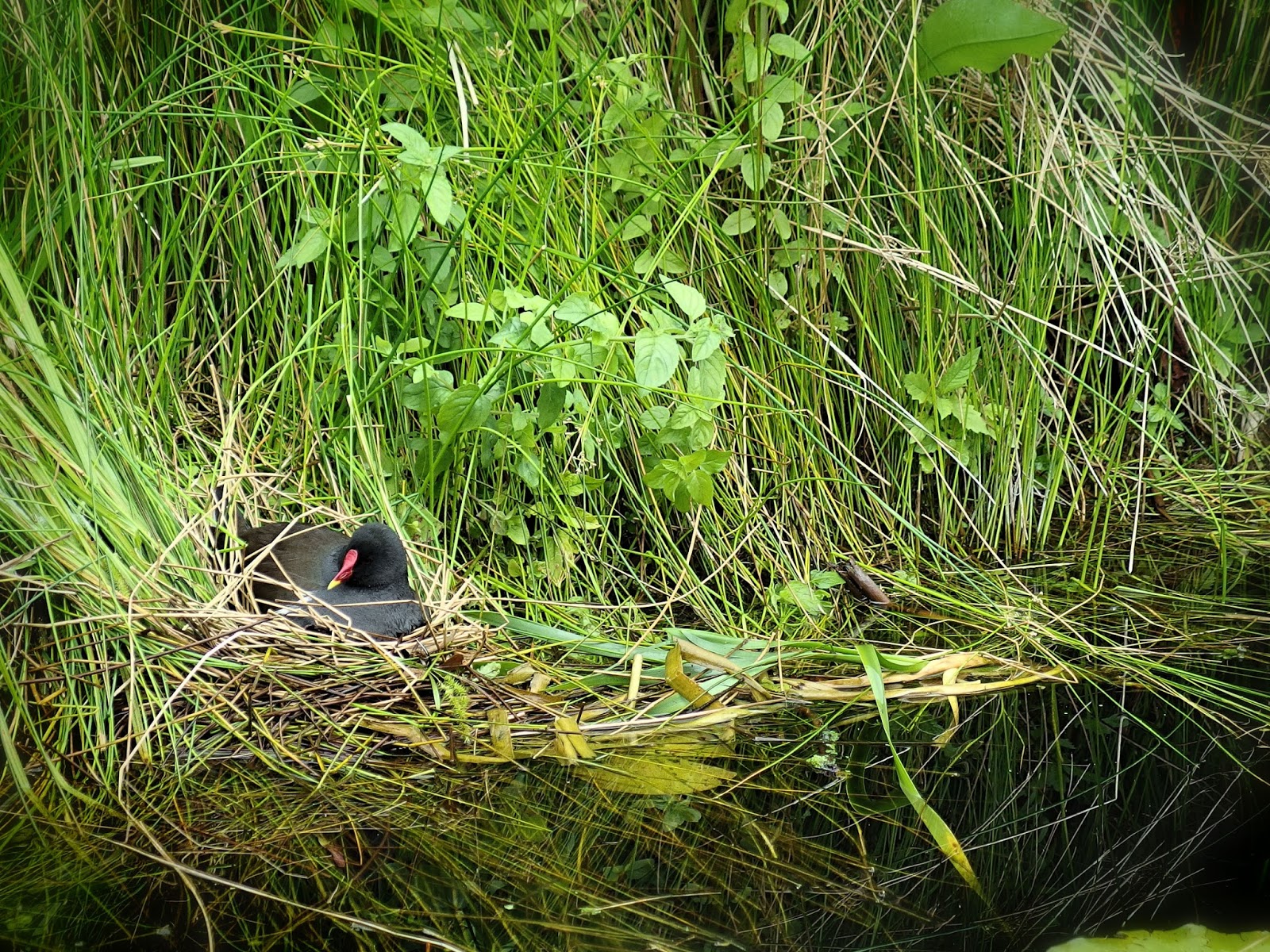 Mrs Moorhen on her nest in the Fen Garden.
Yes, that's what the Fens looked like before they were drained! 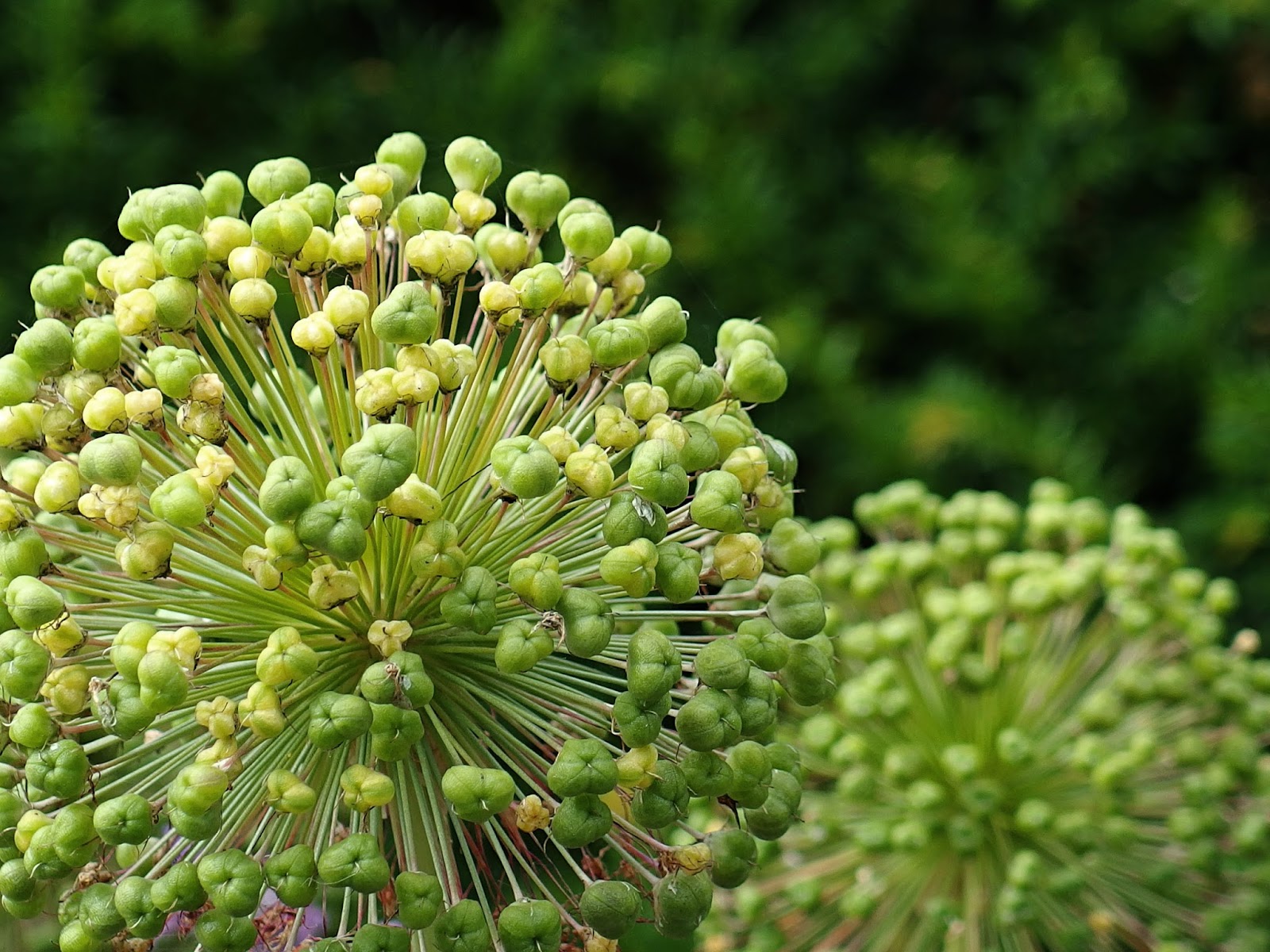 The architectural design of seed pods. 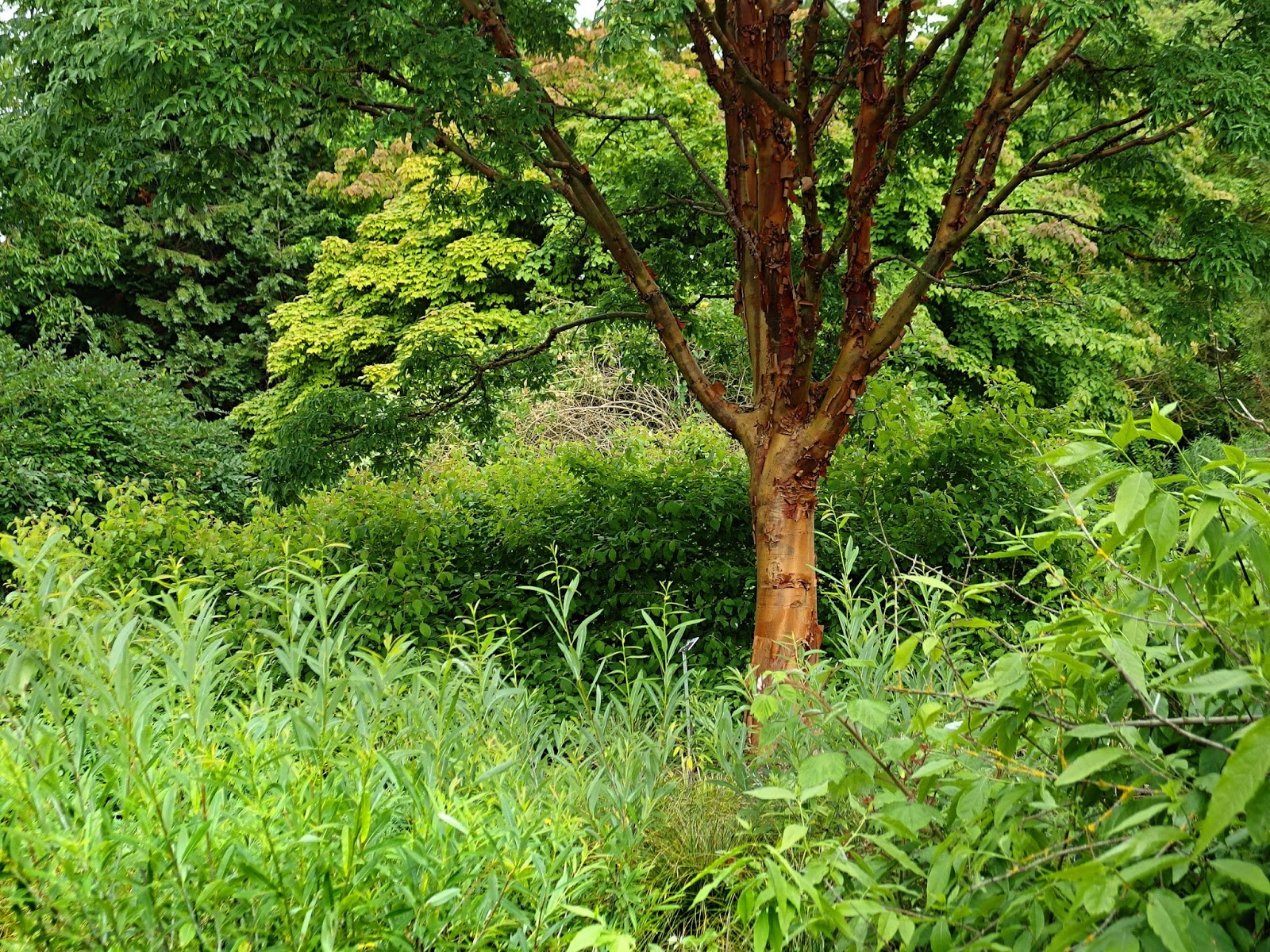 The Winter Garden looks pretty good in summer too. 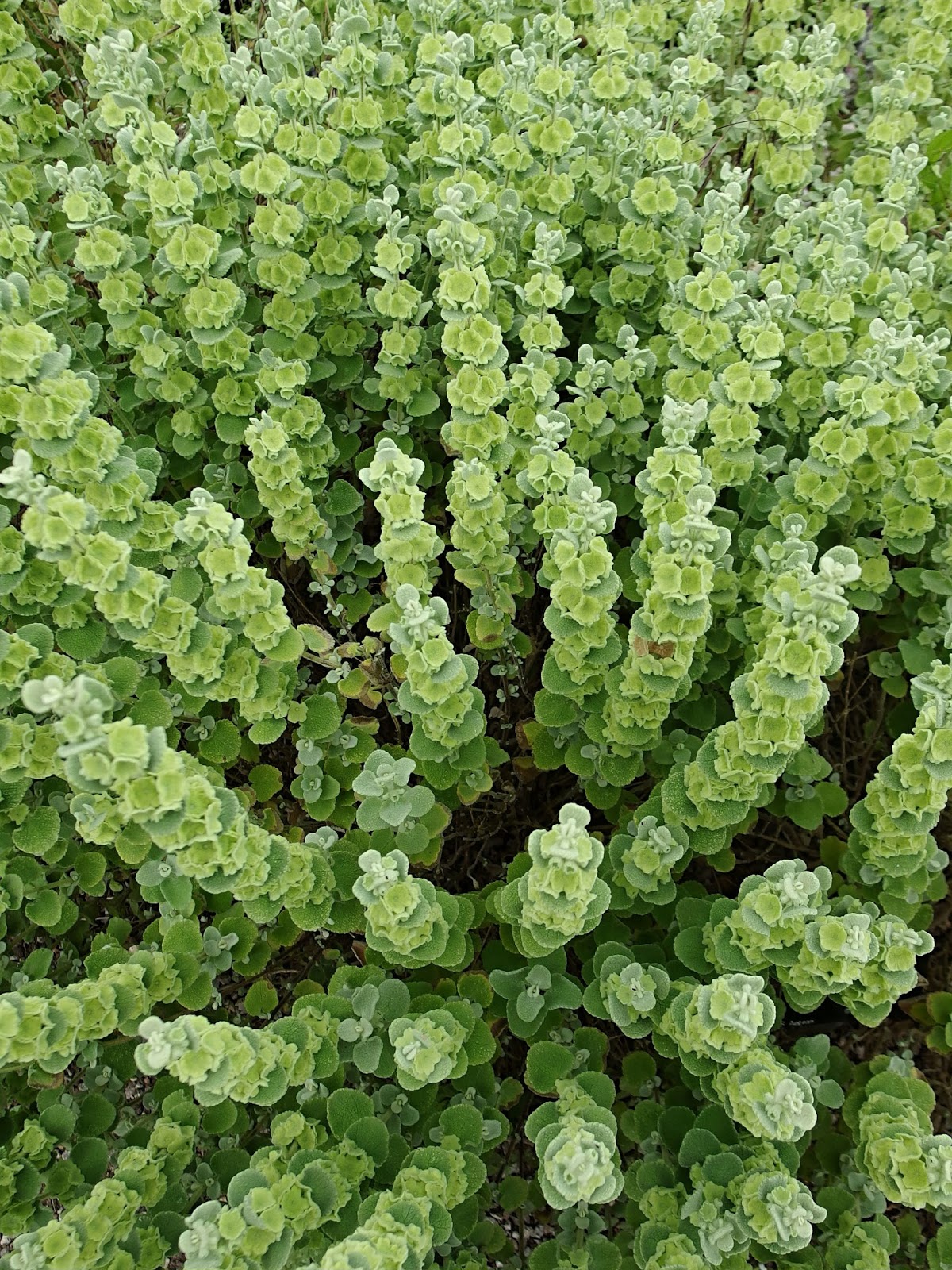 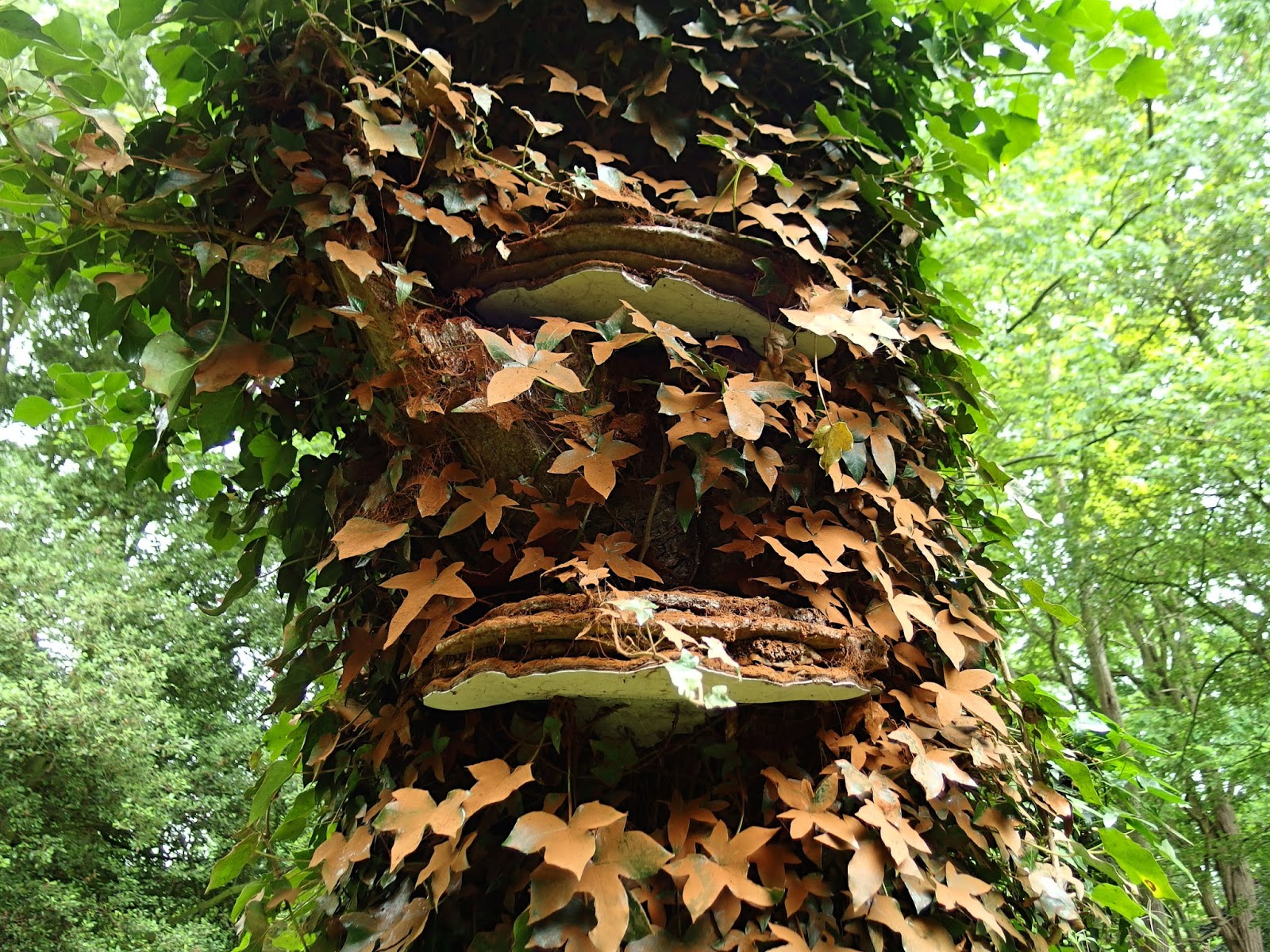 These bracket fungi have released vast amounts of spores
giving the ivy a rusty appearance. 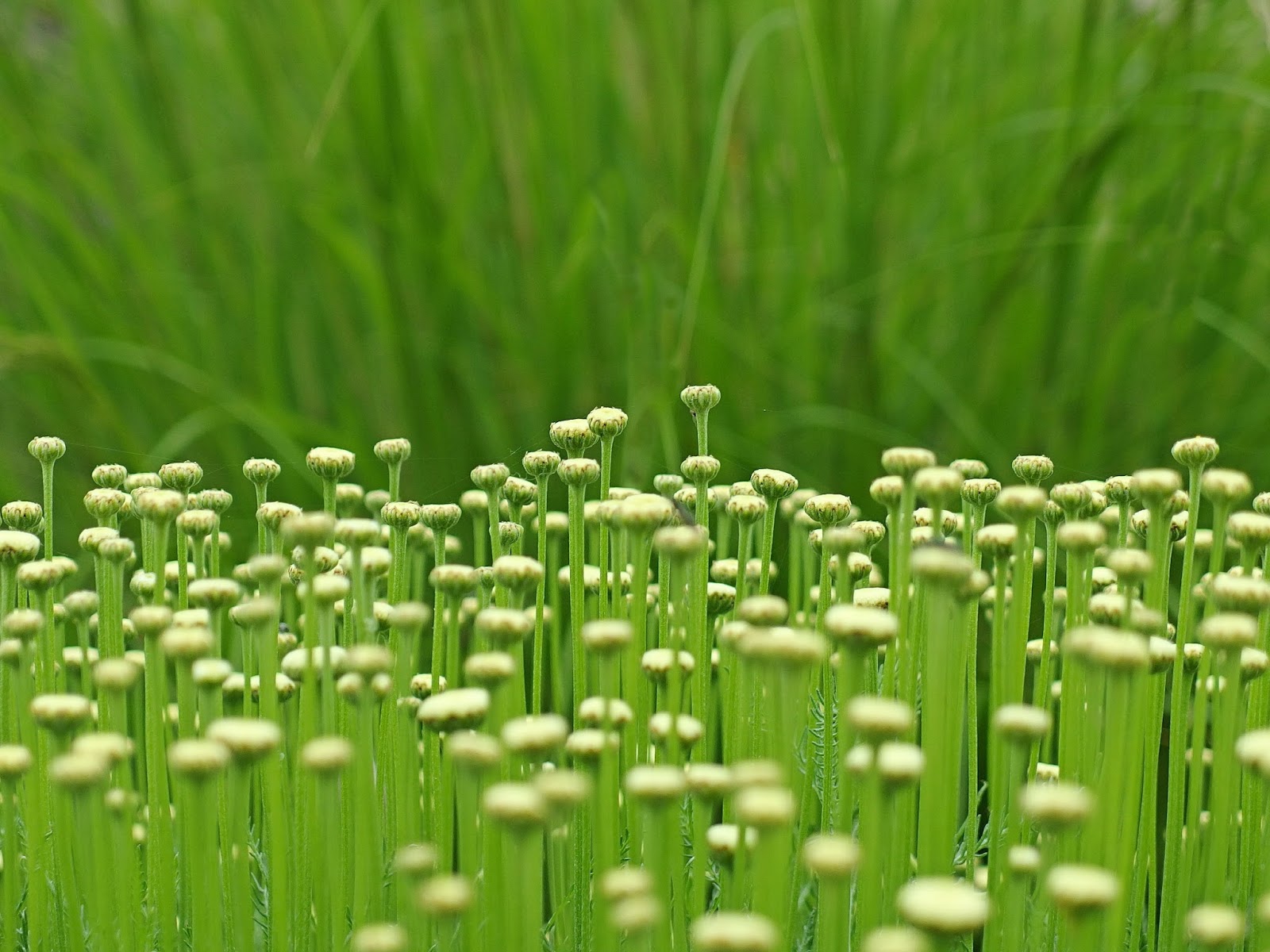 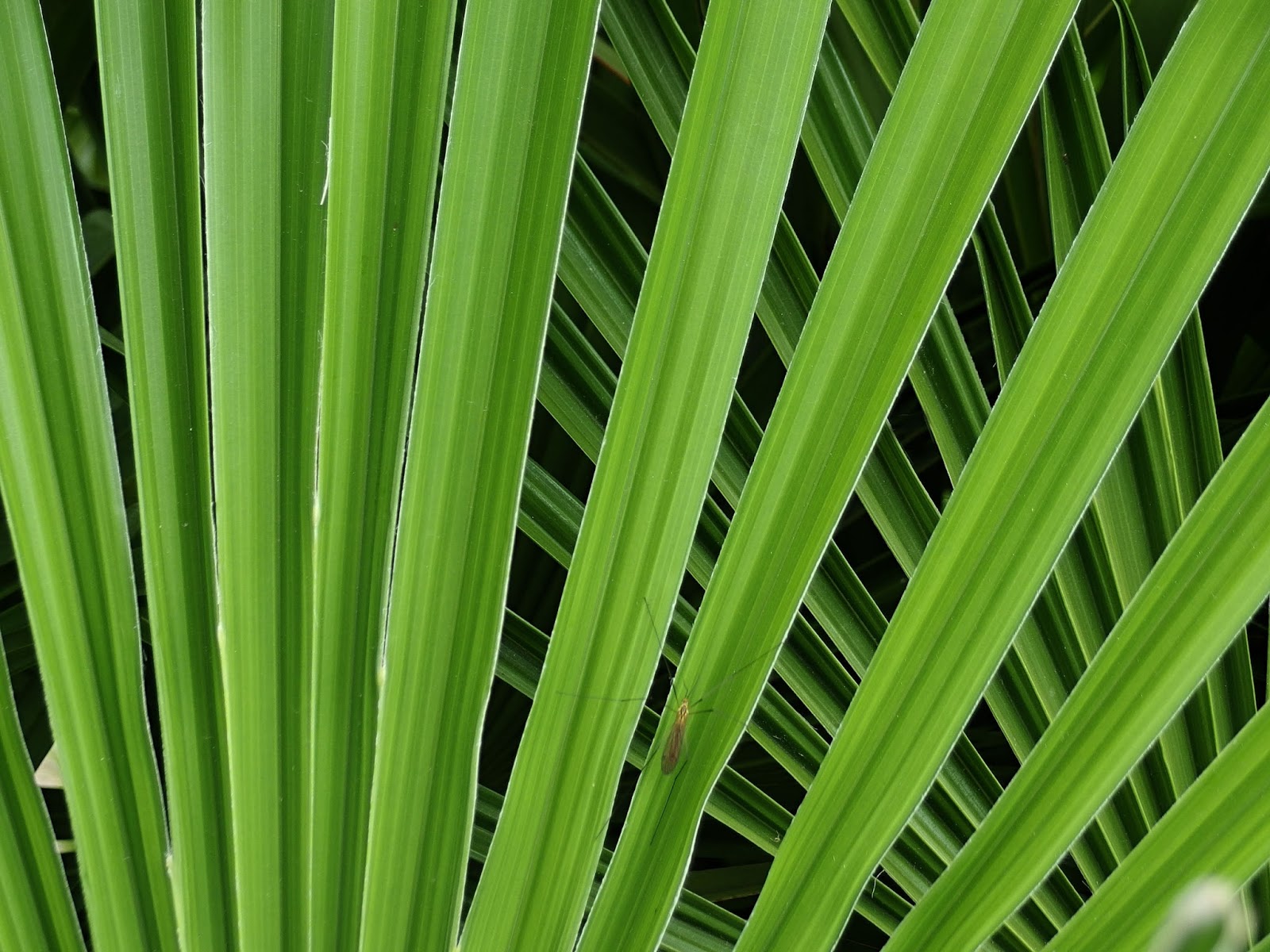 Is it just me or does that picture look 3D?
Especially centre-bottom where, incidentally, there's an almost transparent insect. 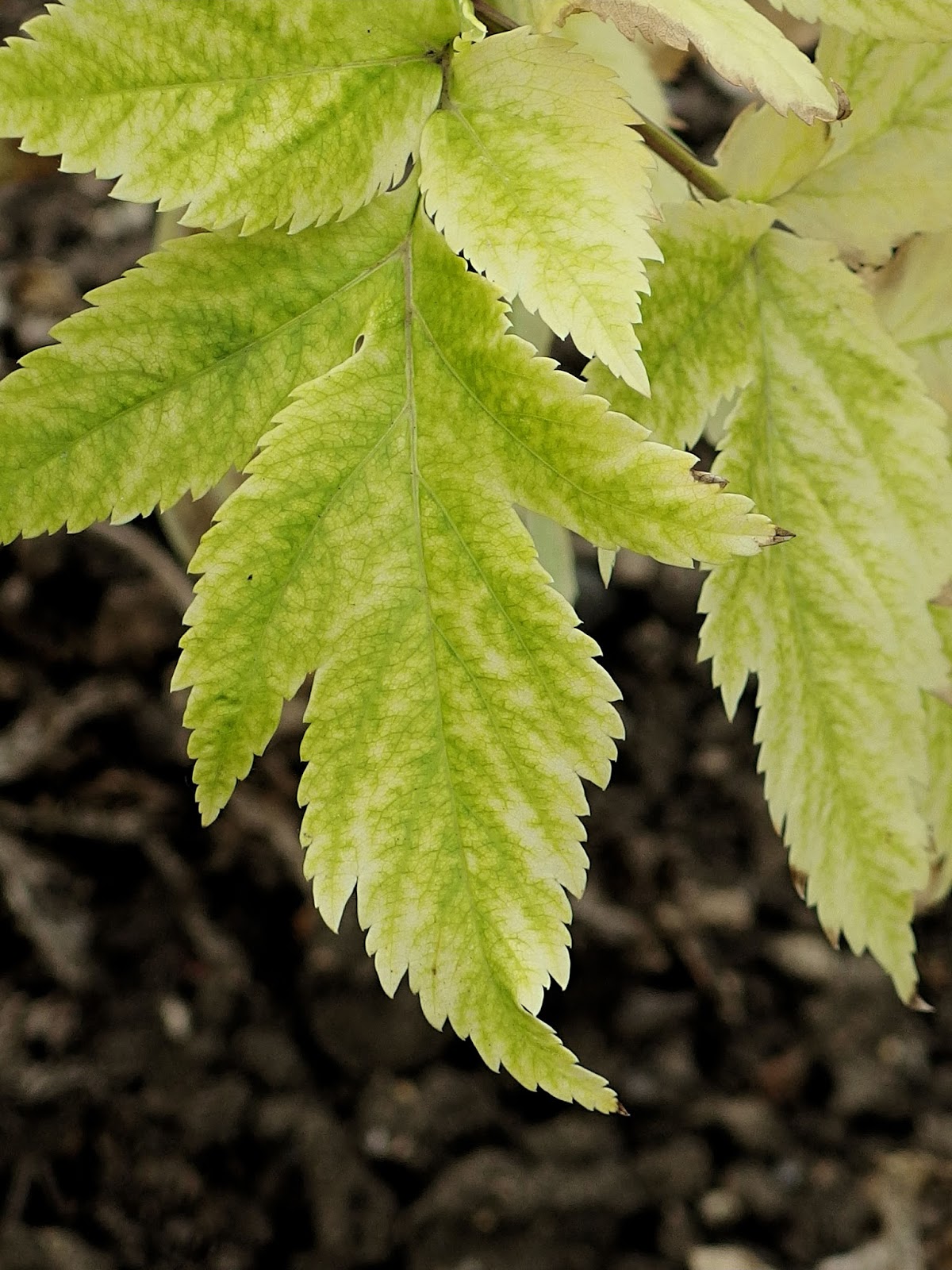 The palest of pale greens. 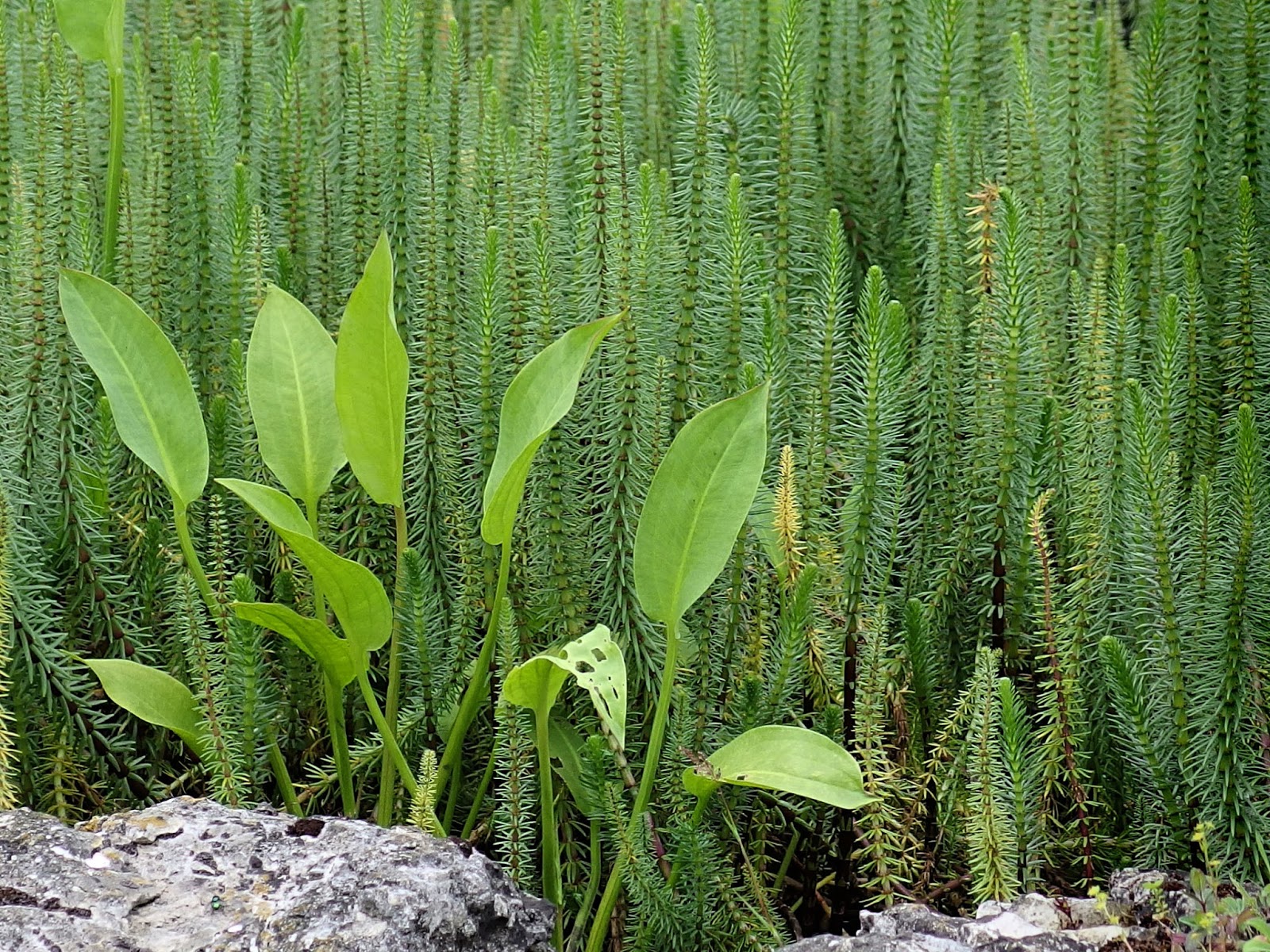 At the water's edge.

Posted by John "By Stargoose And Hanglands" at 17:10