"In every outthrust headland, in every curving beach, in every grain of sand there is the story of the earth."
― Rachel Carson 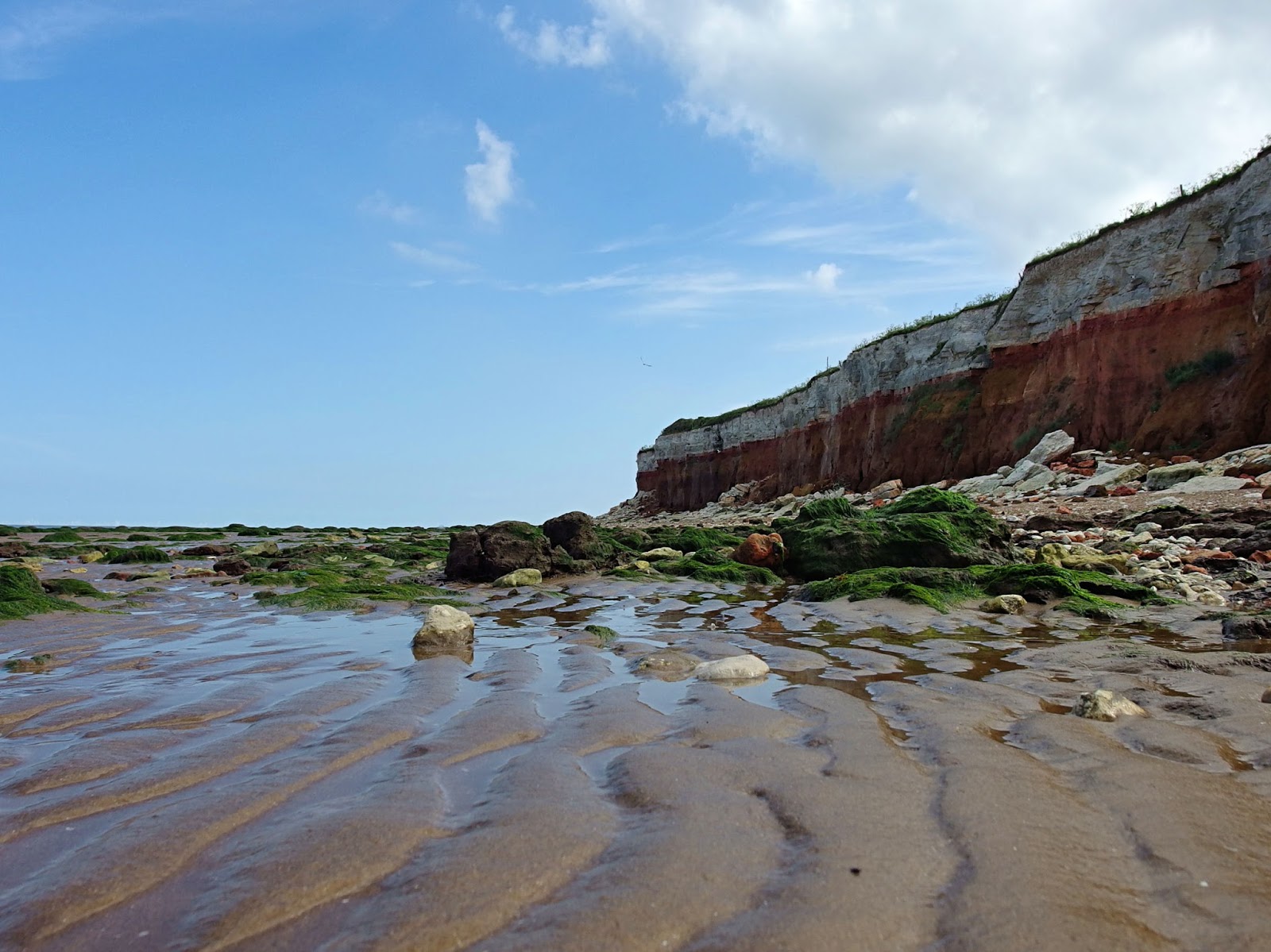 Hunstanton: a ride on the train, then a beach to make sand-castles, sea to paddle in, rocks to clamber over, and big cliffs reaching up to the sky - I'd never seen such things before. What I wanted to know was why the cliffs were different colours. Nobody seemed to know the answer. 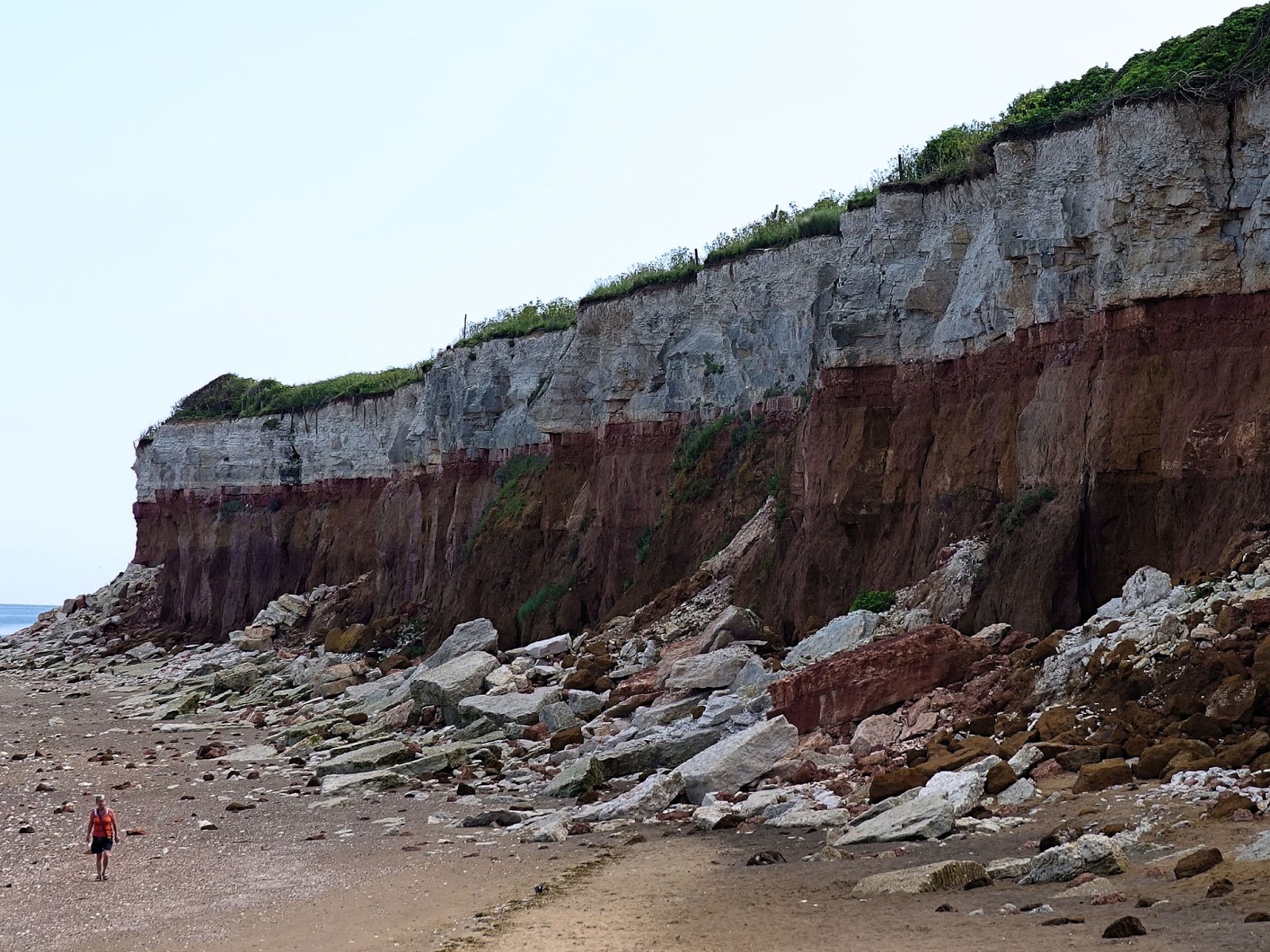 Nowadays I know how to read the rocks for myself, so here we go...starting at the bottom where the oldest rocks are: 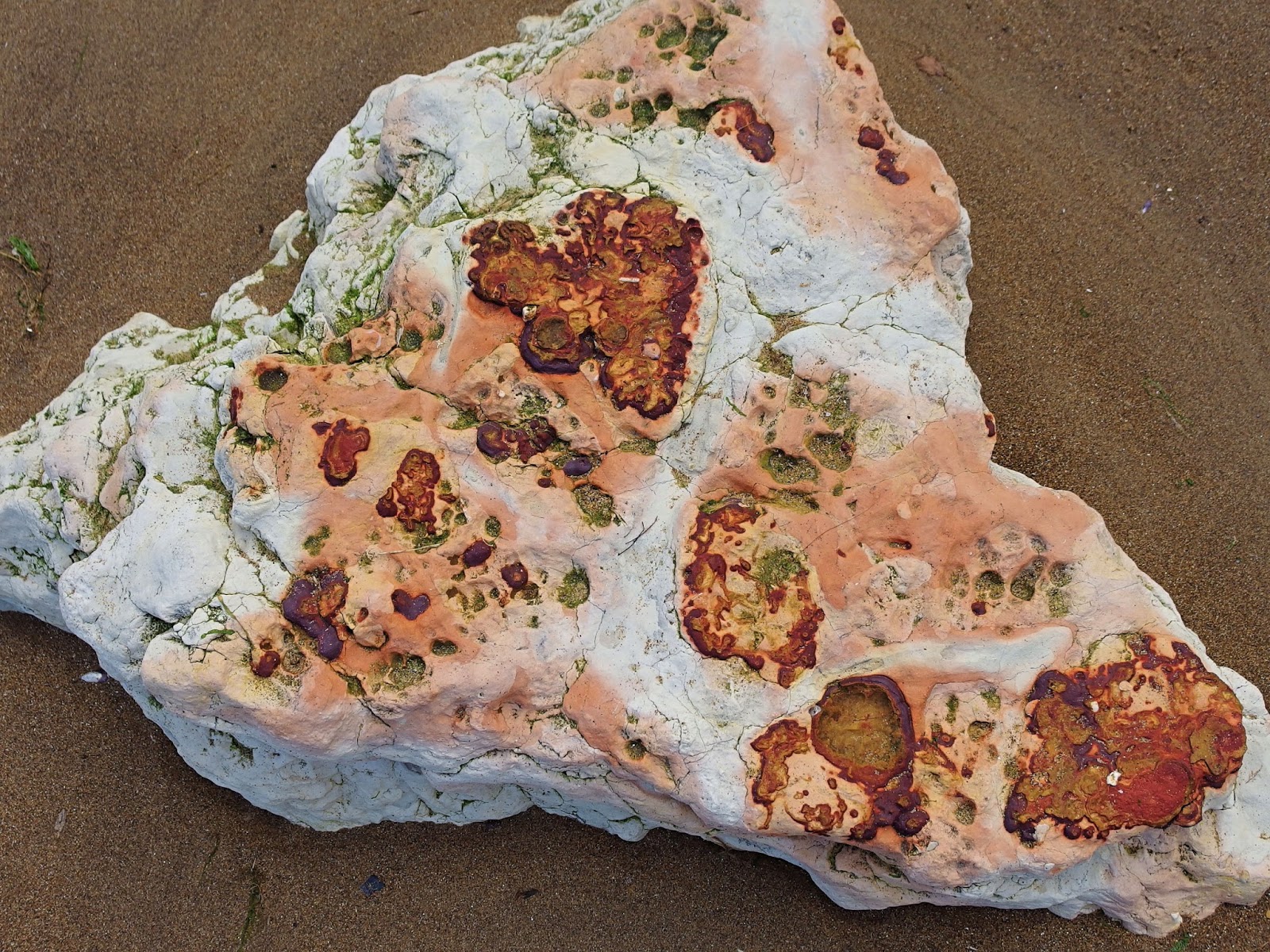 It all makes for a colourful scene. The rock above seems to have come from the transitional area between the two chalks. As you can see a lot of rock has been brought down by the winter storms and in places the cliffs look rather unstable. 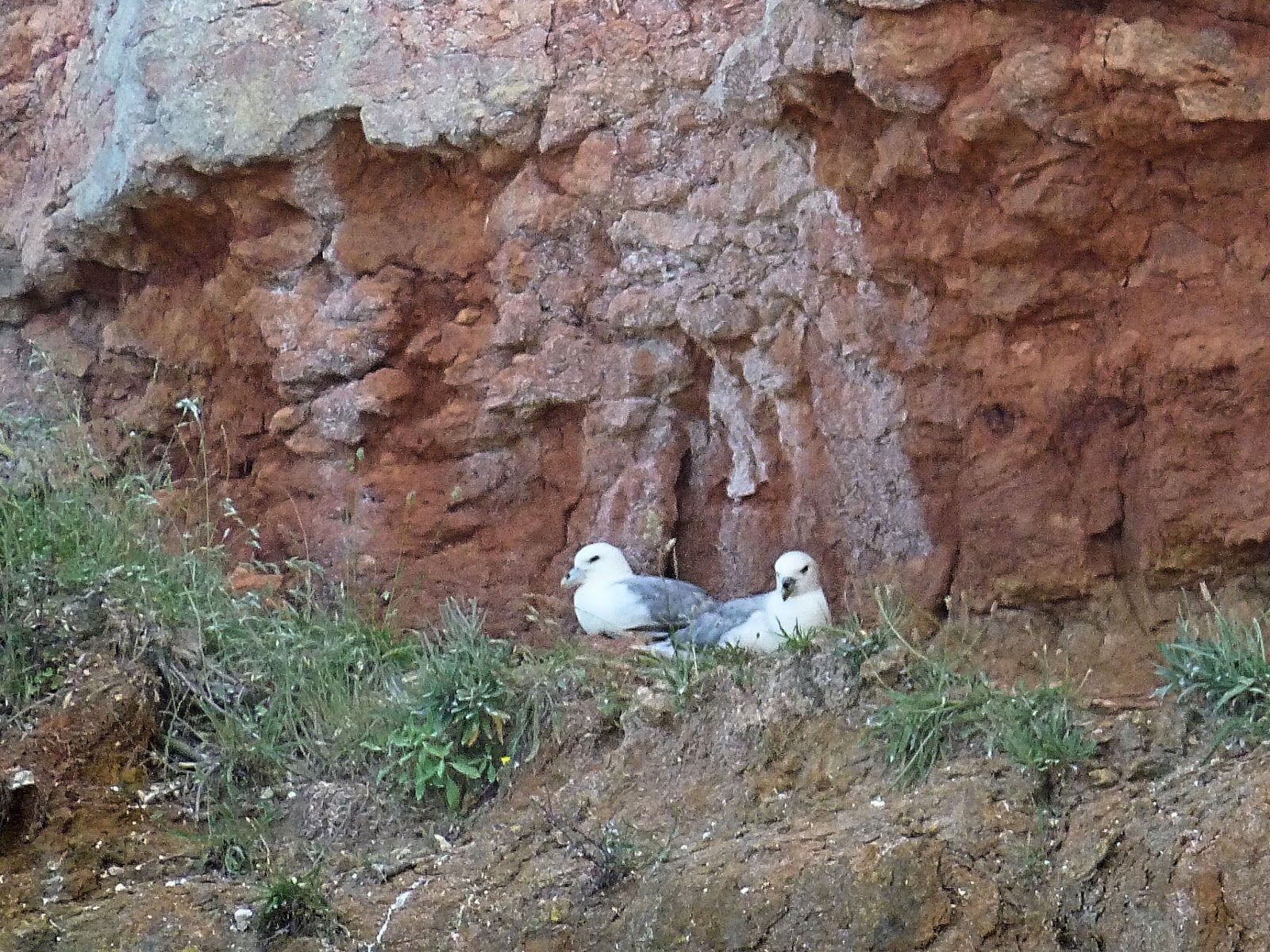 High up on the cliffs are nesting birds which most people think are gulls, though actually they're Fulmars, a species that 100 or so years ago was confined to the island of St Kilda, but which has now spread to rocky cliffs elsewhere in the country. They hang around these cliffs for most of the year and can easily be spotted as the glide gracefully on stiff, dead-straight wings like little aeroplanes. 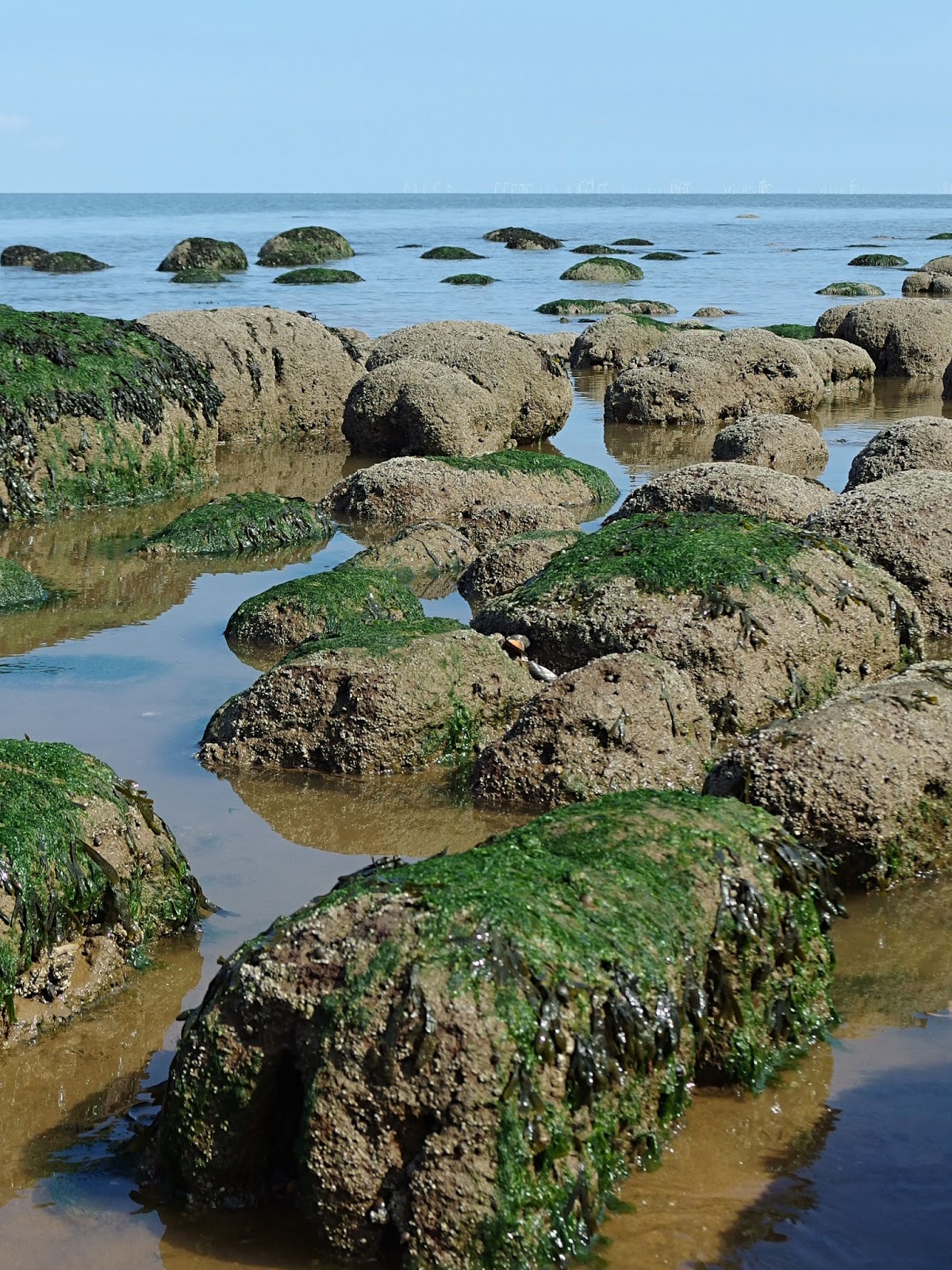 In places rocks extend away from the cliffs right into the sea while elsewhere there are huge areas of sand. 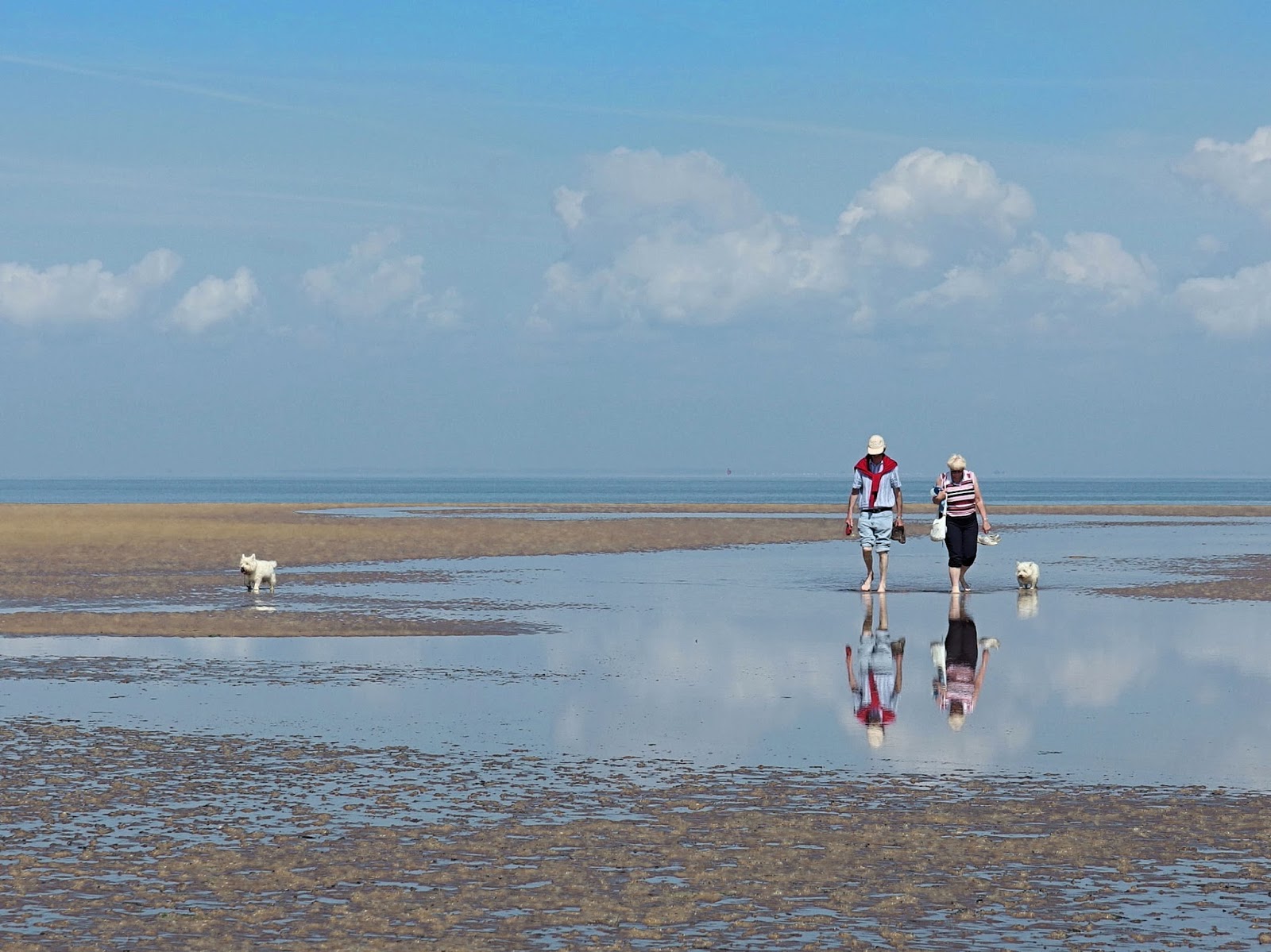 Dogs of all sorts and sizes love it as do children of all ages. You have to take care though as with this huge acreage of sand the tide, when it comes in, comes in very quickly. 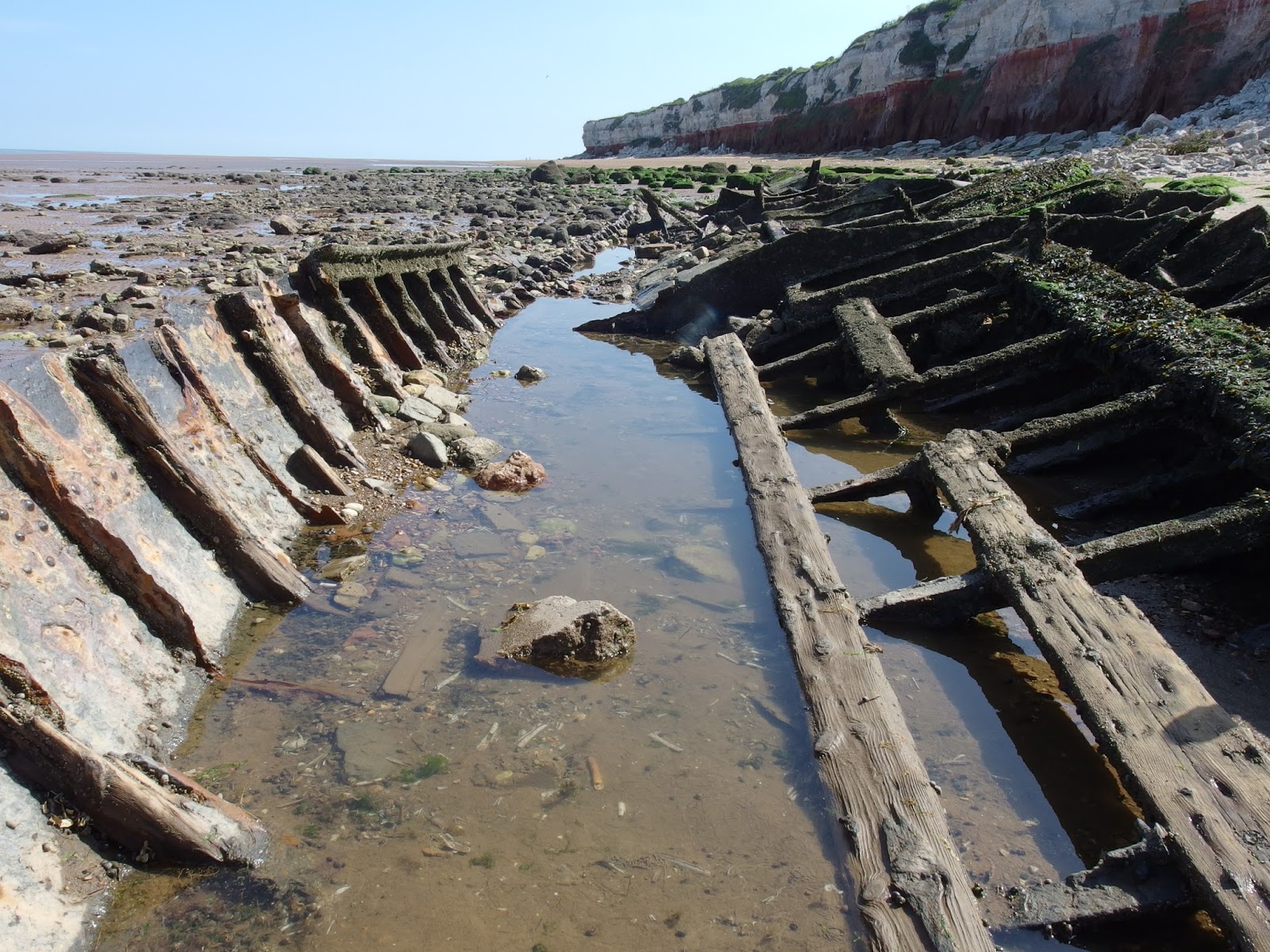 It can be dangerous to shipping too as this old wreck, which has been decomposing for some time, testifies. A great place to explore for children - and photographers.... 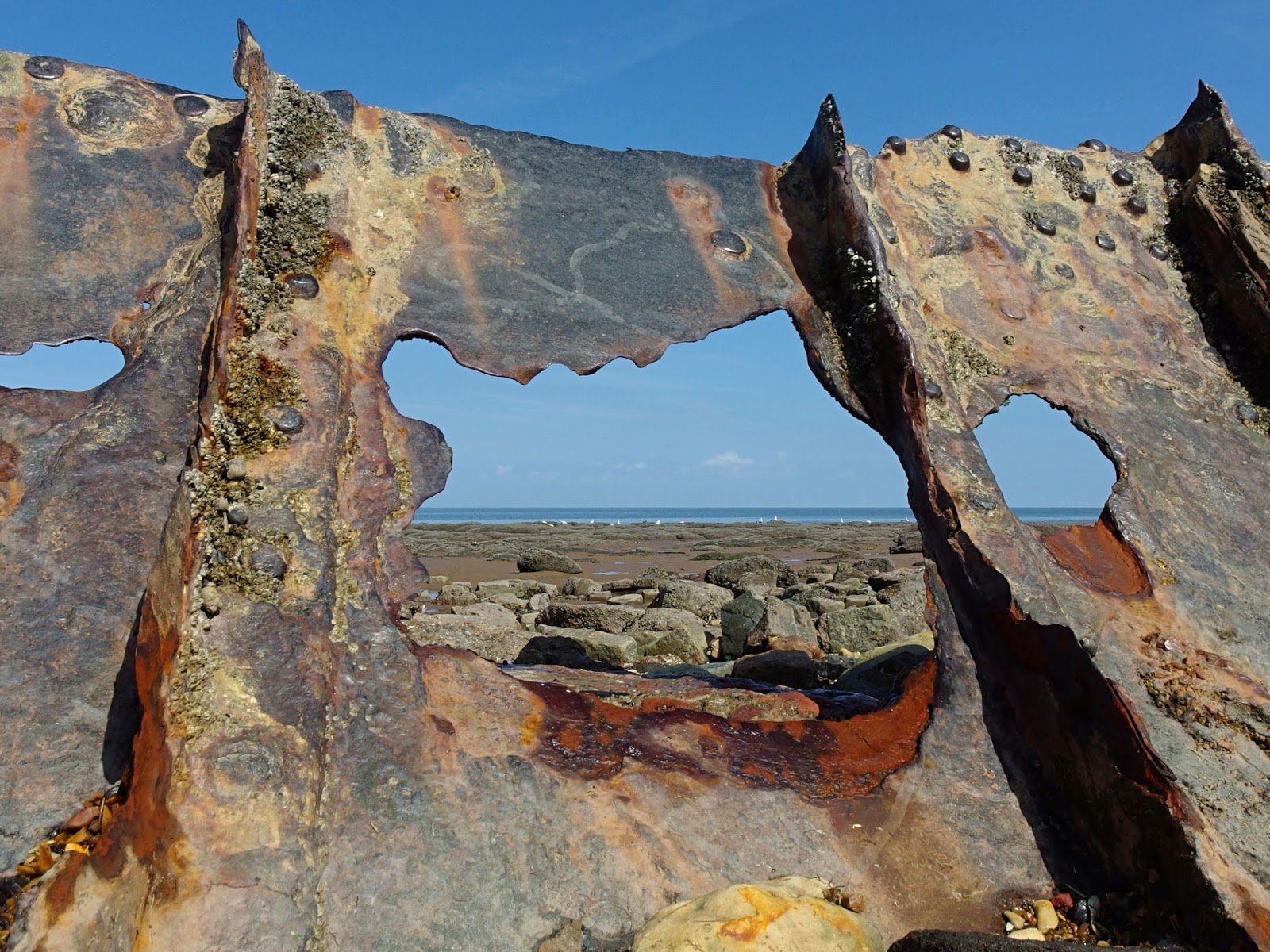 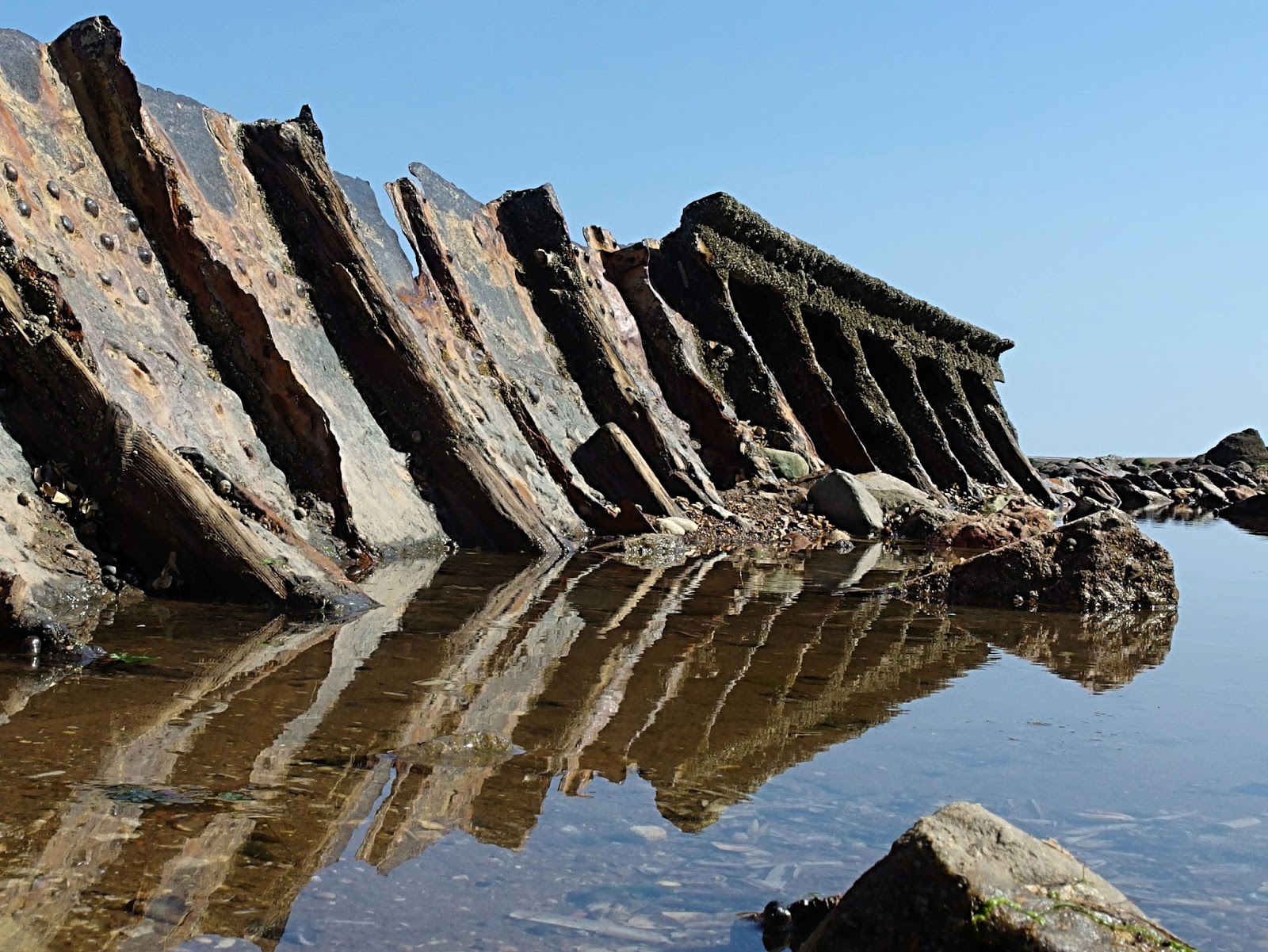 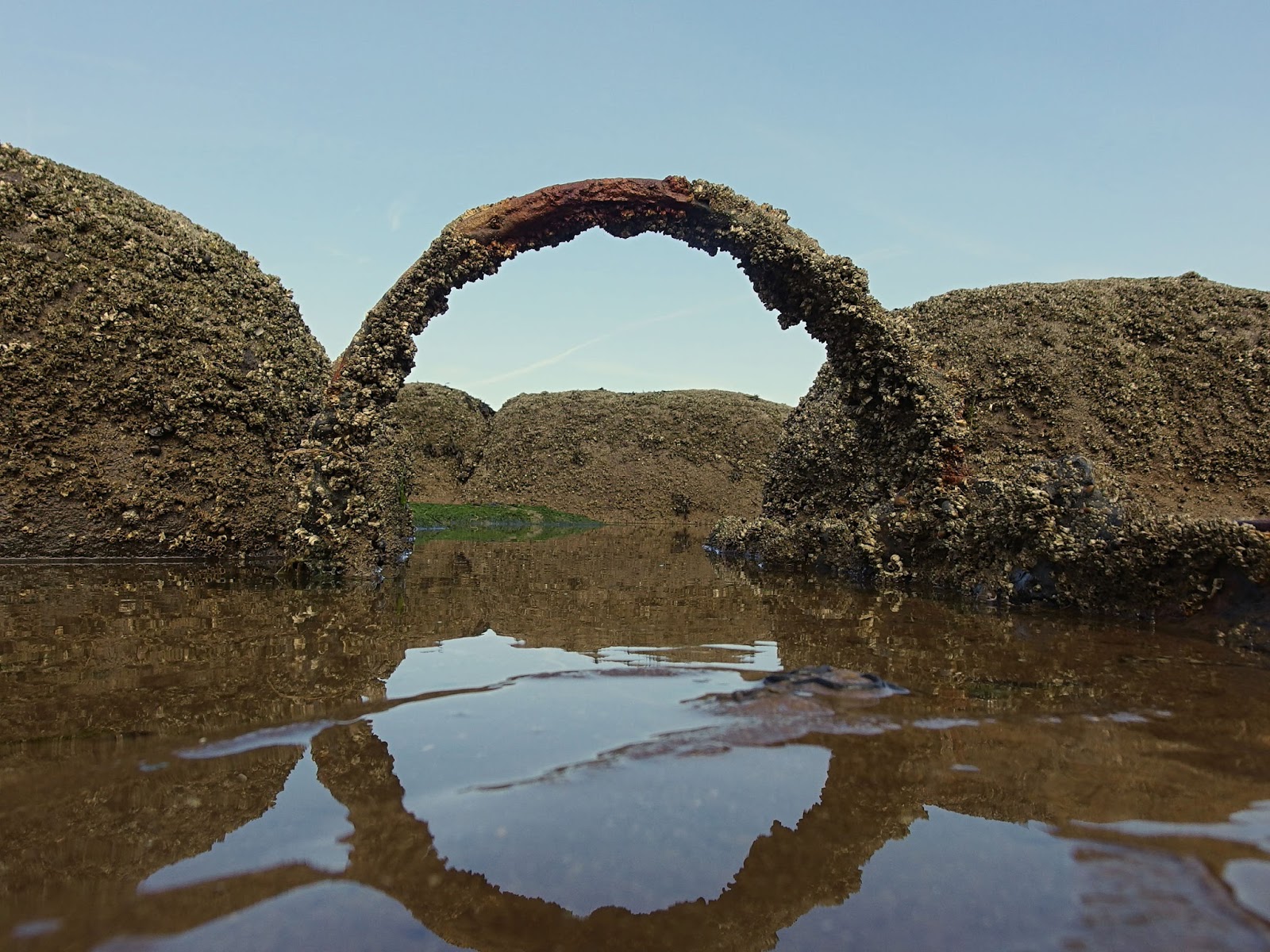 But then it's great to just stroll about on the endless sands, concentrating on the little details - even the casts left by worms.. 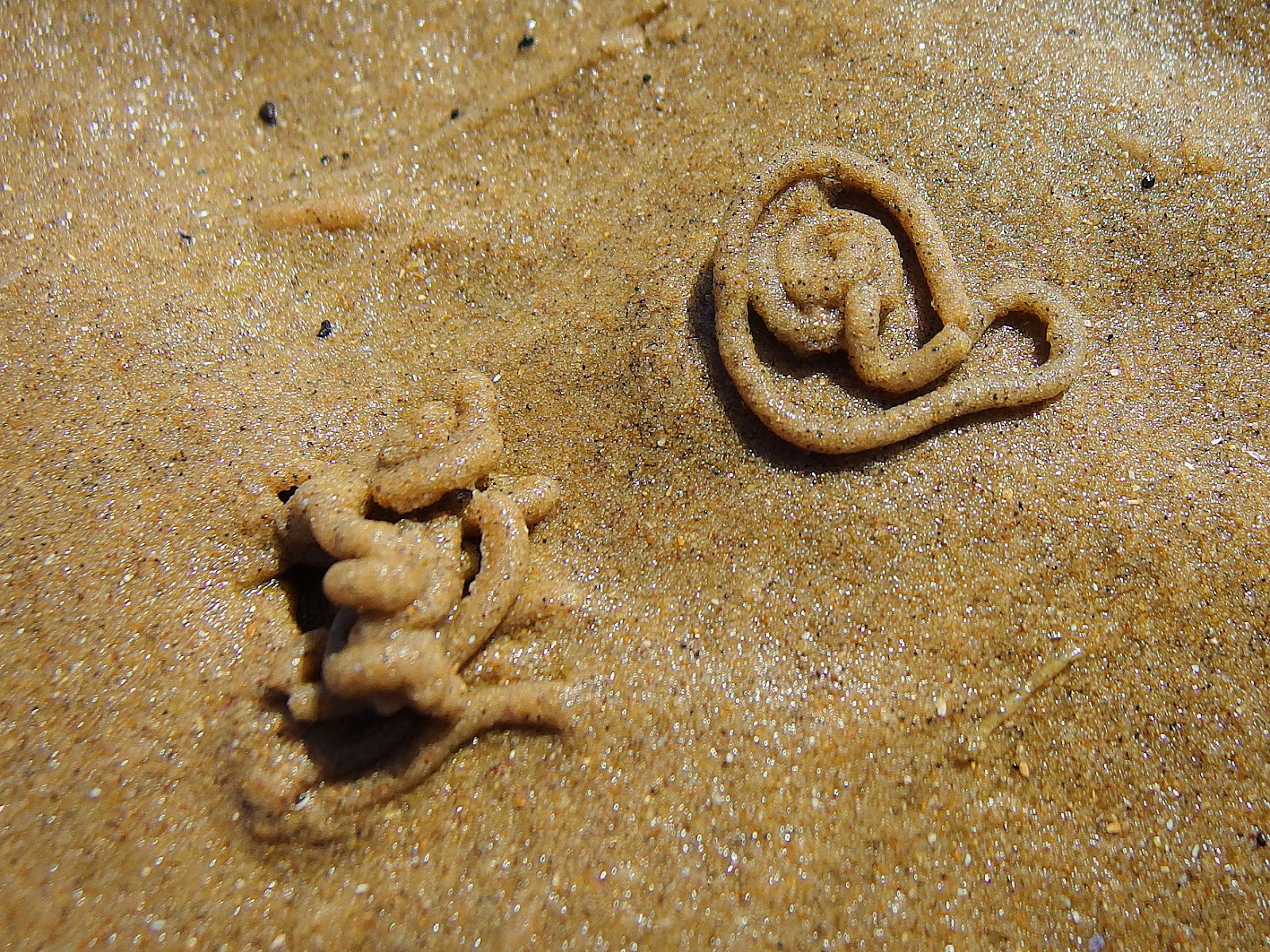 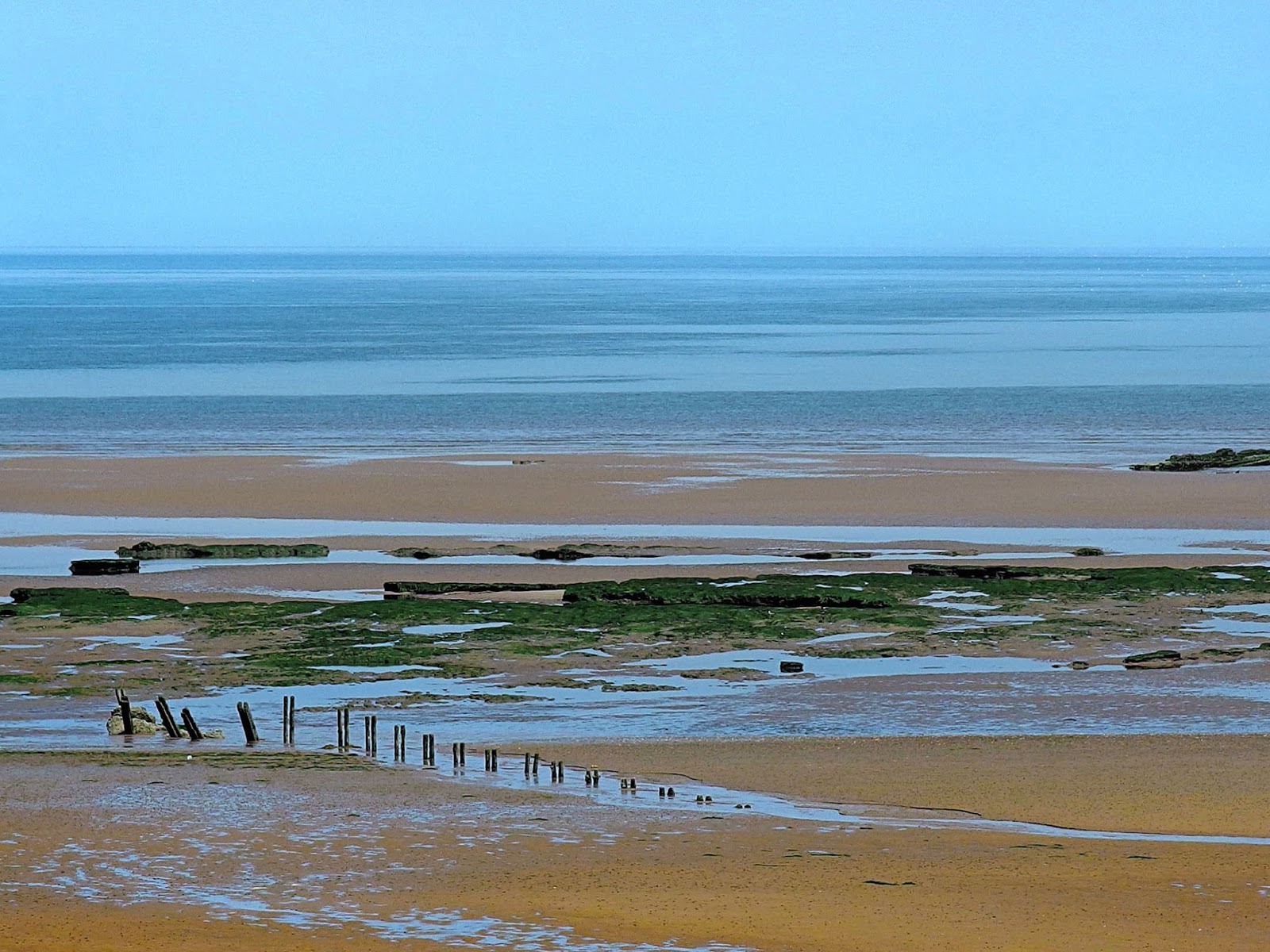 Posted by John "By Stargoose And Hanglands" at 16:30