When Is A Wash Not Awash?

When it's the middle of summer - we hope! 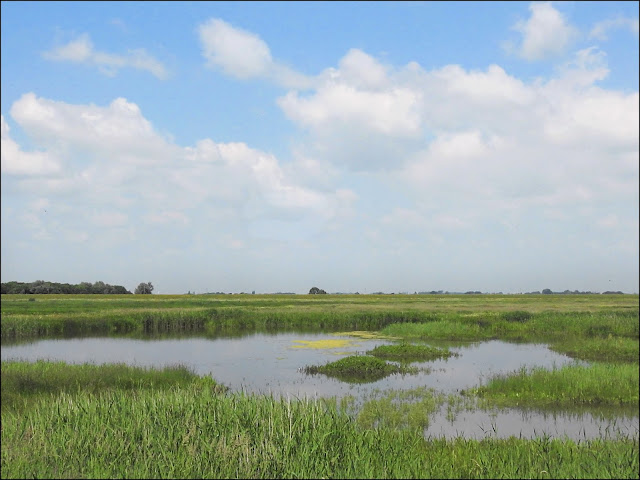 A "wash" in the Fens of Eastern England means land which is set aside to hold excess water in times of high rainfall. By allowing these areas to flood it prevents potential flooding in towns, villages and on agricultural land. In winter it's normal for all the land in the photo above to be under water, while in summer it can be used for grazing. 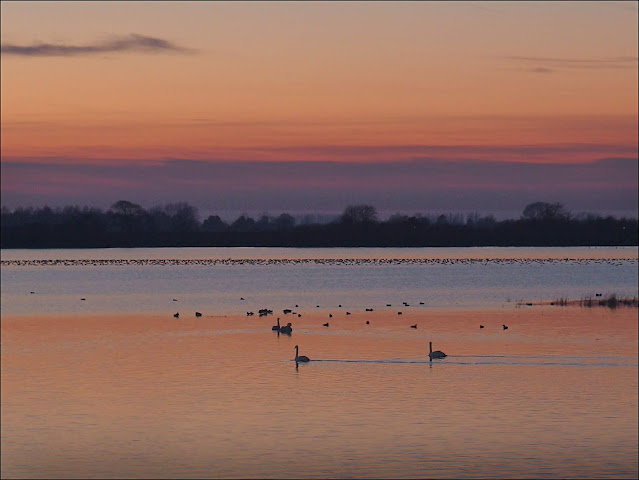 This is what it can look like on a winter's evening when it provides a feeding and roosting site for our winter-visiting ducks, geese and swans. In summer it's an important nesting ground for a number of bird species. It is a vulnerable location however, as its function of preventing flooding elsewhere takes precedence over its use for wildlife. Put bluntly if we have a very wet summer the nests get flooded. 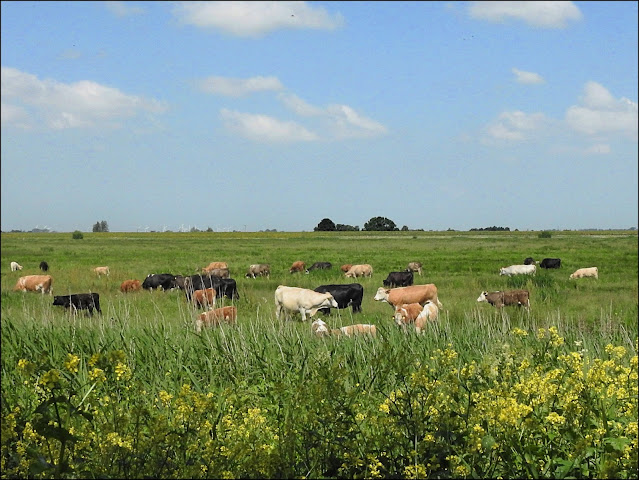 The largest "wash" of all is known as the Ouse Washes and stretches for 22 miles between two artificial rivers constructed to get the waters of the River Great Ouse to the sea more rapidly. Large parts of it are managed by the Royal Society for the Protection of Birds and the Wildfowl and Wetland Trust. Cattle graze here in summer as they have done on the fens for centuries. 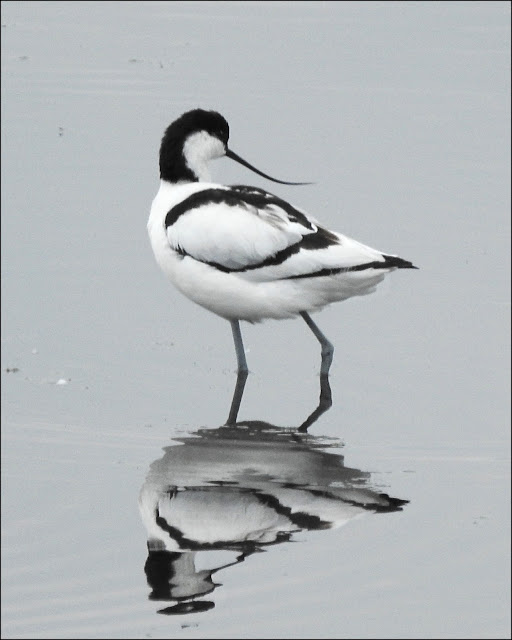 One of the most charismatic species, which can be found throughout the year, is the Avocet. They are so common now that many birdwatchers no longer get excited by them but, come on, such an elegant bird with a curiously upturned bill and blue legs should be a star in everyone's eyes surely. Their arrival on British shores occurred during WWII when they found our beaches, protected against invaders by masses of barbed wire, very much to their liking. Hitler didn't come, but the Avocets did. 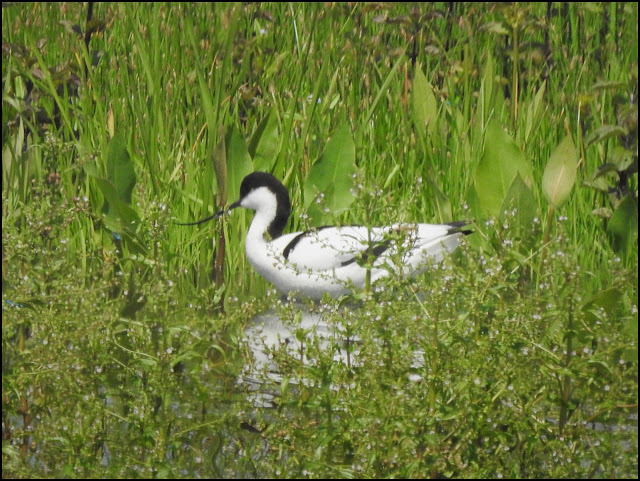 The RSPB have adopted it as a symbol of their work, which is somewhat ironic as the birds arrived here and prospered without much help from that worthy organisation. 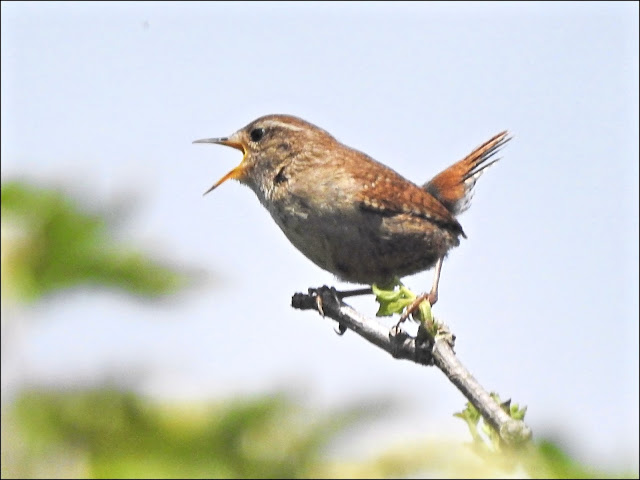 A tiny Wren was making his presence felt by belting out his brief but noisy notes from a convenient song-perch. 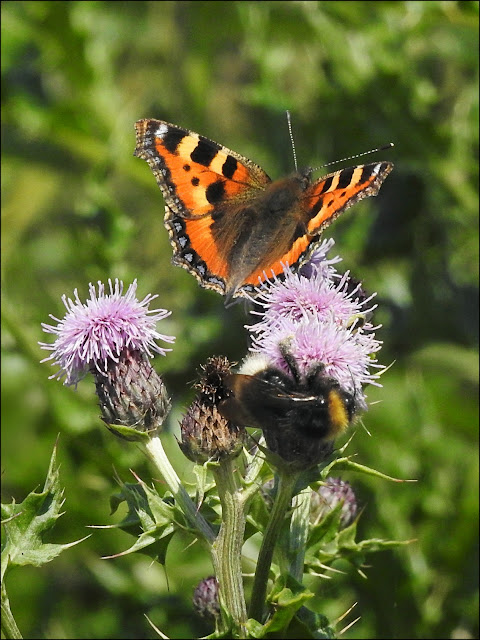 And a bee and a Tortoiseshell butterfly were competing over the nectar of a thistle. 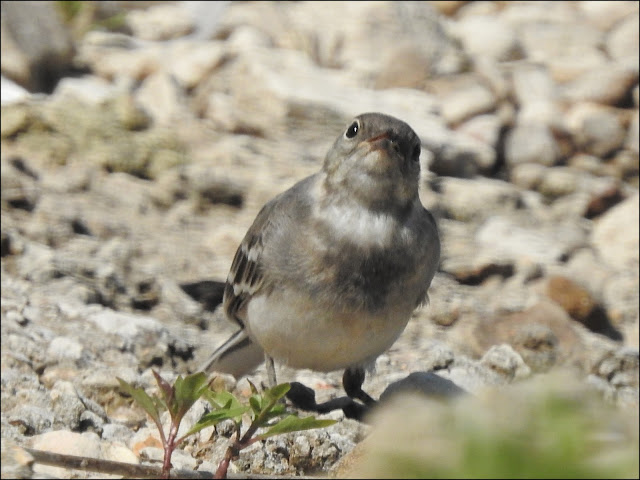 In front of the main hide a juvenile Pied Wagtail was looking rather lost in this big, cruel world. 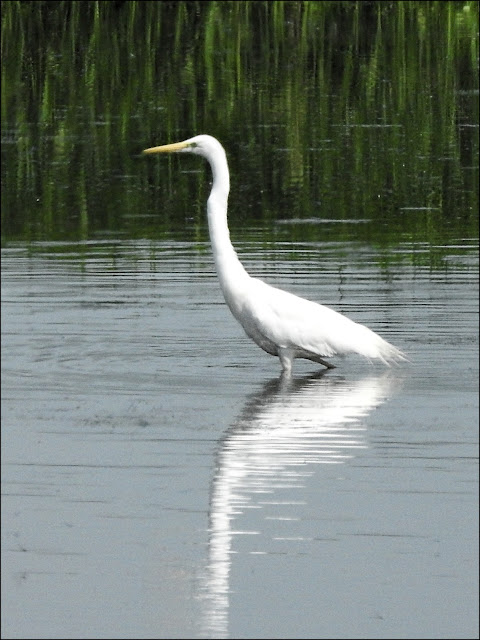 A Great White Egret stalked the waters of one of the pools. Just a few years ago they were a very rare sight indeed in our wetlands, but it's now a matter worthy of remark if we go to certain places without seeing one. 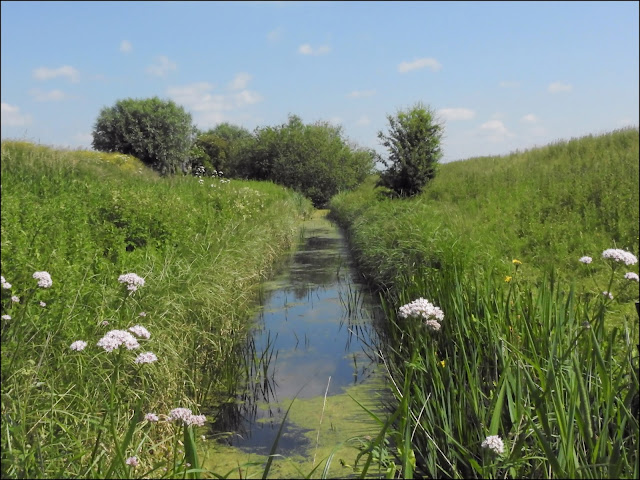 It was getting mighty warm (by English standards!) as we walked up and down between the various hides and viewpoints. We were probably thinking about our lunch which we'd booked at The Bridge pub - a first meal eaten out since March 2020. But just time to pop back into the main hide for another look at the Avocets.... 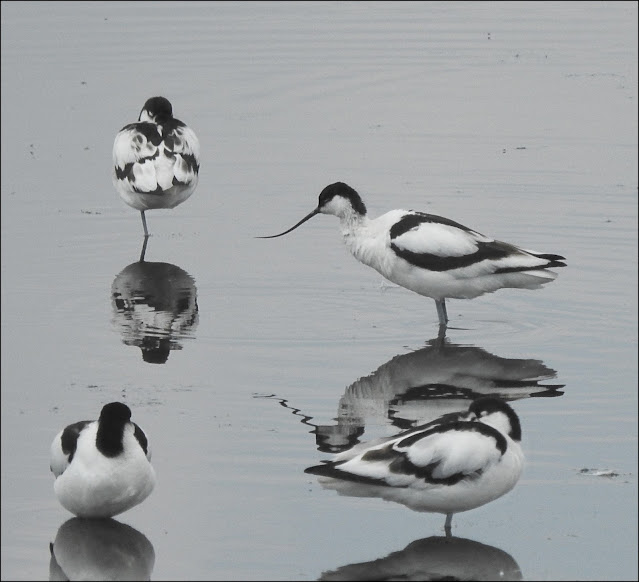 Another hectic day in the life of the Avocet!

In my last post people were very kind about my odd obsession with battered and bruised peonies, but there were cleverly disguised suggestions that a field of the flowers must have looked very fine indeed. OK, I can take a hint.... 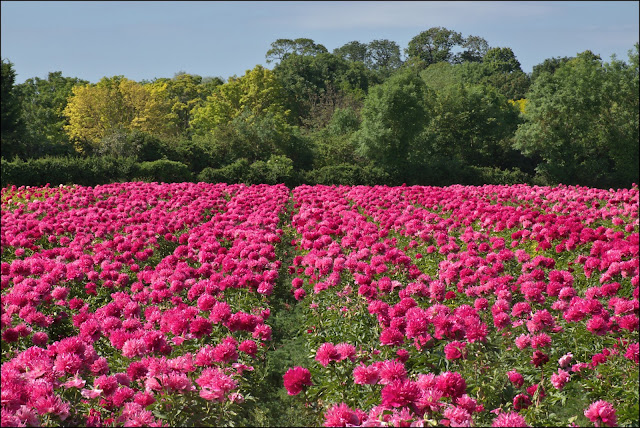 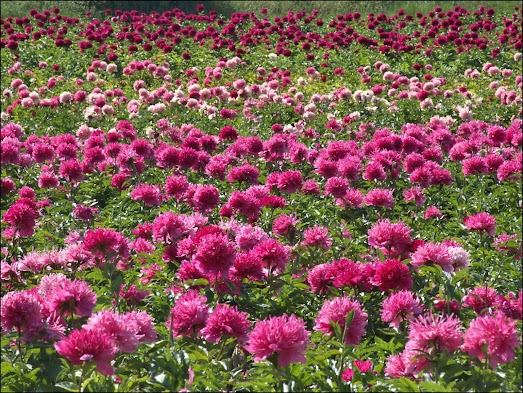 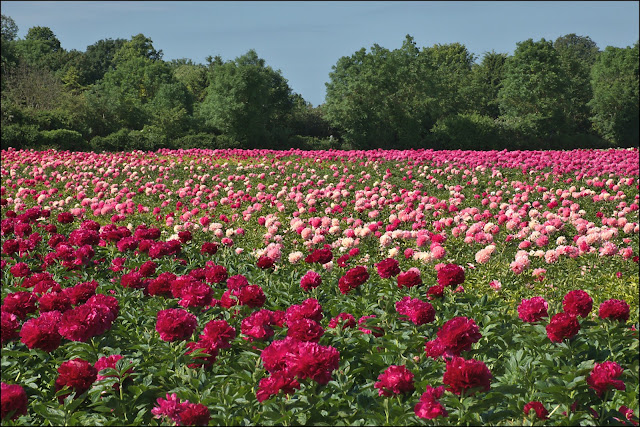 Posted by John "By Stargoose And Hanglands" at 10:15