The Nature Of Summer

Some real summer weather at last and nature is moving on apace with the business of flowering, reproducing and completing life-cycles before the days begin to shorten (not long now!). Some of this activity is hard to miss, but other aspects require closer observation. 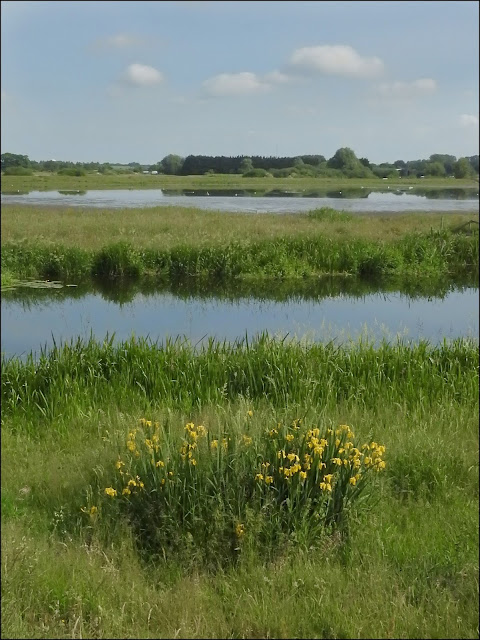 Out on the wetlands the Yellow Irises or Flags add a splash of sunshine to the water margins. They are native to these islands, though elsewhere have become an invasive species. 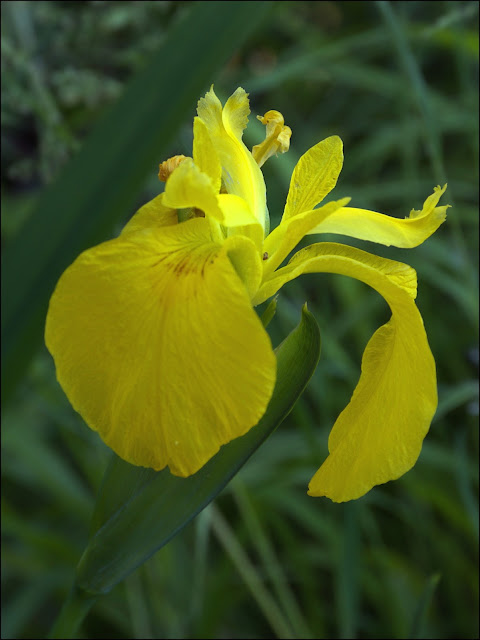 Those droopy outer petals are thought to be the inspiration for the fleur-de-lys that is much used in heraldry. Lets have a closer look and see what else might be about. 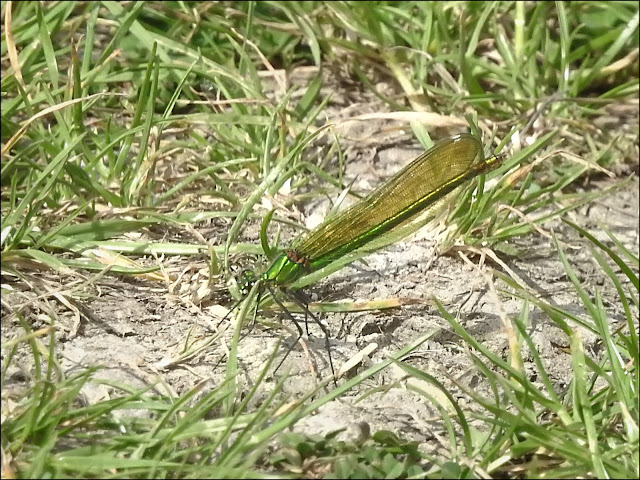 Aha! A delicate jewel trying its best to look like a blade of grass - otherwise known as a female Banded Demoiselle, one of the more common damselflies. "What's 'banded' about it?", you may well ask. That applies to the male which is iridescent blue with a black band on its wings. 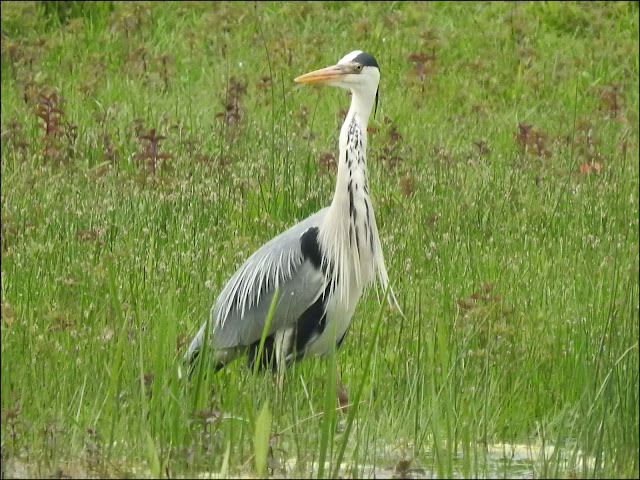 A Grey Heron is looking very alert. Whatever was interesting him, it didn't warrant closer investigation as it was still in exactly the same place half-an-hour later. 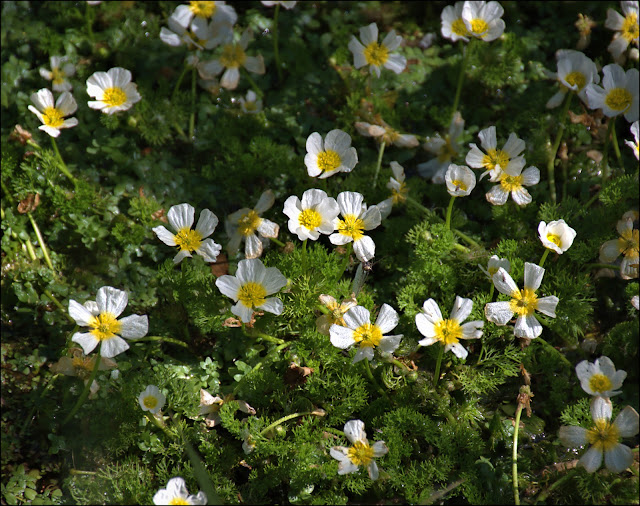 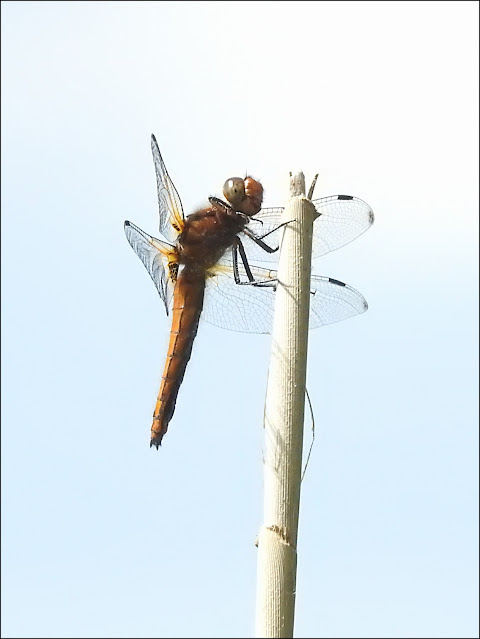 This dragonfly kept returning again and again to this reed stalk - which was just as well as I was trying to adjust the settings on the camera! I'm fairly sure this is a Scarce Chaser, which, here at least, was not as scarce as its name suggests. 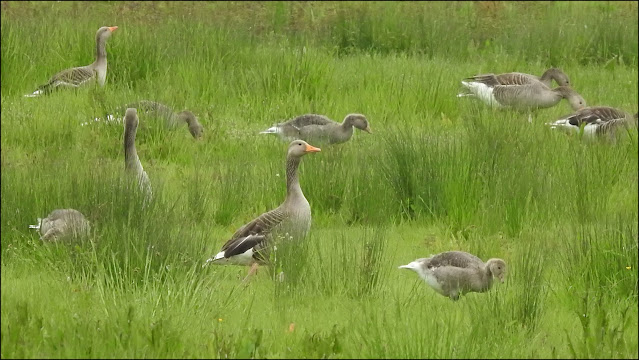 Greylag Geese have nested a while ago and now have some almost-grown goslings. The other wild grey geese, that are here during the winter, have all flown north to nest and won't be back till autumn. 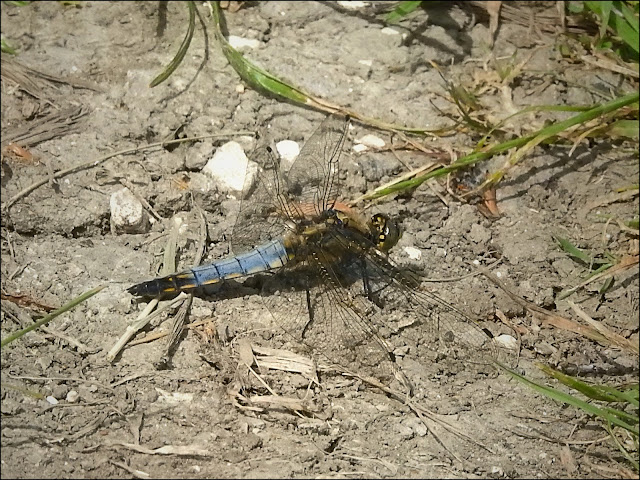 Another dragonfly came down to land on the footpath. This one looks like a Black-Tailed Skimmer to me. They were first seen in the UK in 1934, but are now fairly common, though still on the edge of their range. 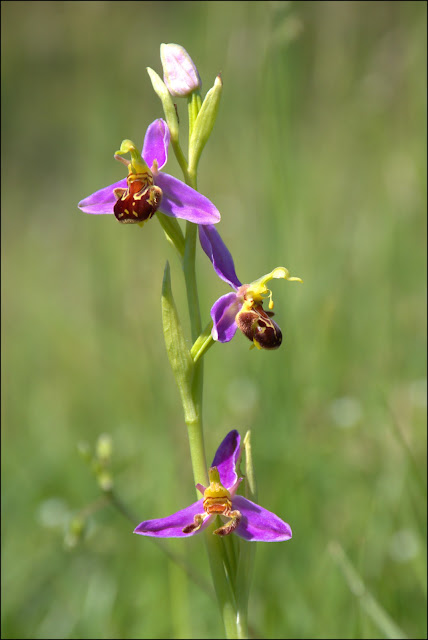 Bee Orchids grow on a small, damp meadow, just a mile or so from where I live. The central part of the flower looks (and apparently even smells) like a bee and attracts other bees to come and investigate, passing the pollen from one flower to another. The bottom flower looks as though it's had a bite taken out of it. 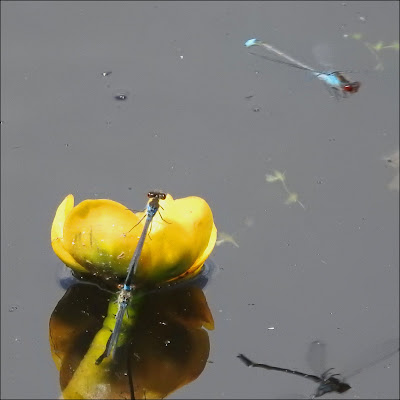 Red-eyed Damselflies come to inspect a Yellow Waterlily. The other name for this plant is Brandy Bottle because it's supposed to have a winey smell. Maybe that's what's attracted the damselflies. Maybe that's why they've got red eyes??? 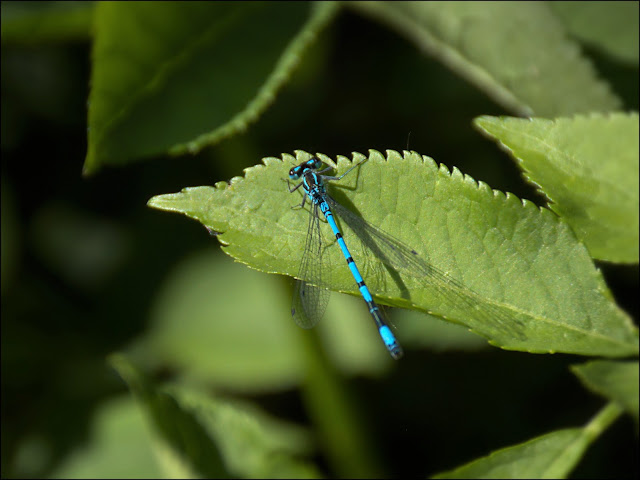 And this little dazzler is the Azure Damselfly. 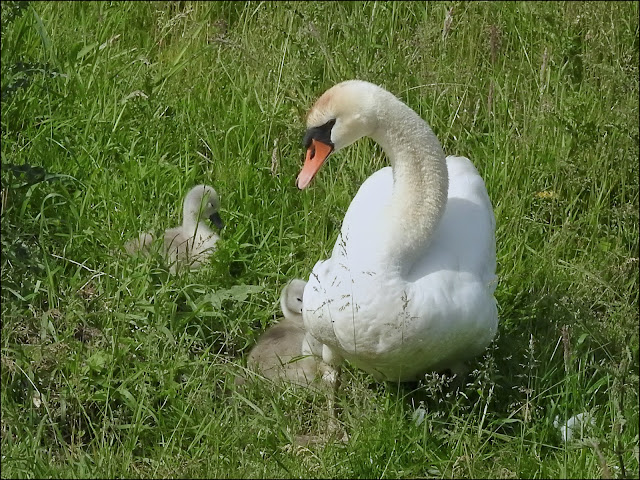 A Mute Swan and her cygnets seemed to be enjoying the warm sun. The photo was taken with a very long lens from a footpath so as not to disturb the birds. 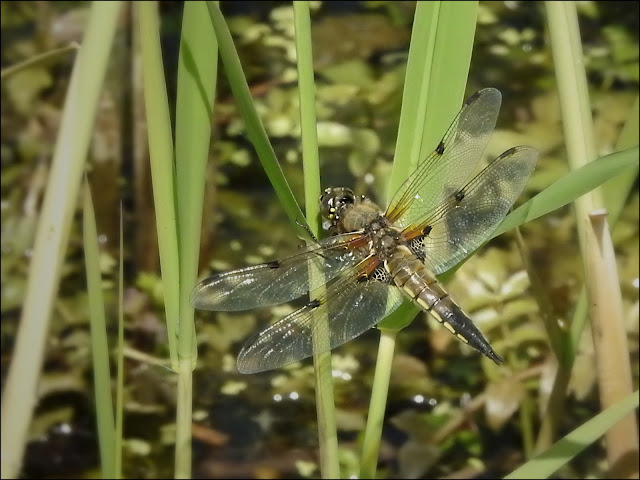 Dragonflies love the warmer part of the day too. This is a Four-Spotted Chaser. 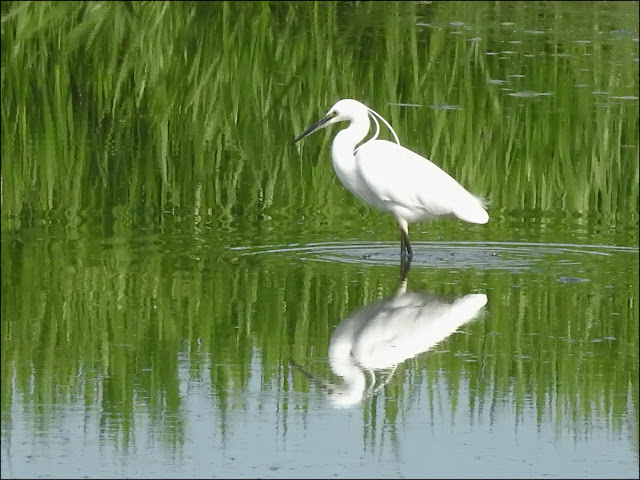 What could be more elegant, serene and peaceful than this dreamy Little Egret, reflected in the cool, green water? 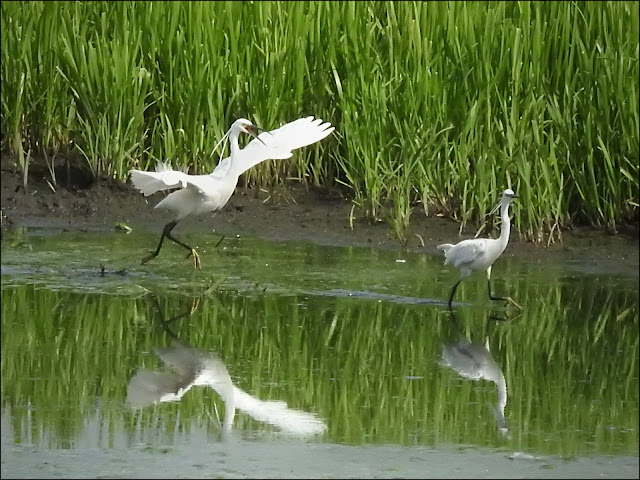 Yaargh! Get off of my bit of the pond!
*******
If you enjoy the more peaceful side of the natural world, then you could do worse than setting aside twenty minutes of your busy scedule to watch the following video, put out by the BBC as a spin-off from their popular Springwatch series. No music, no commentary, just perfect....

Take care.
Posted by John "By Stargoose And Hanglands" at 08:31