After plumbing the depths of nine feet below sea level in our last post, we're now going to scale the heights. Ramsey Heights in fact. The settlement of Ramsey Heights is not perhaps as grand as it sounds, but it is built on a hilltop - the summit of which is one whole metre above sea level! They have an odd sense of humour in the Fens.** 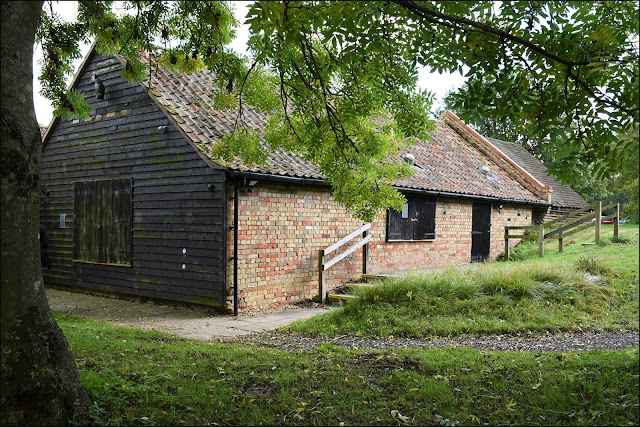 But it does have a tiny jewel of a nature reserve on what used to be a brickworks. The building above has been renovated and repurposed as a visitor centre, and in less restrictive times than these, you can still see some of the original works inside. 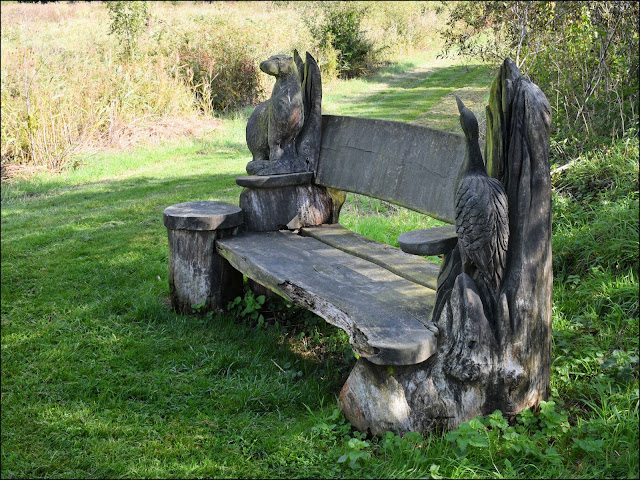 It has some absolutely beautiful carved benches where you might sit and have your packed lunch - not that we did of course. Oh no, we squatted uncomfortably on some damp, upturned logs, then later found this magnificent seat just around the corner. 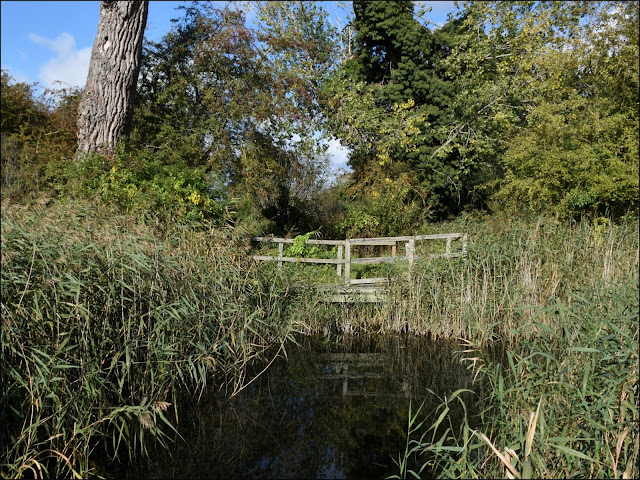 There are a few little water channels where, in brickmaking days, boats moored for loading. It's recorded that on at least one occasion the bricks were still hot and set fire to the boat. But we're on our way to Woodwalton Fen which is a much more extensive site. 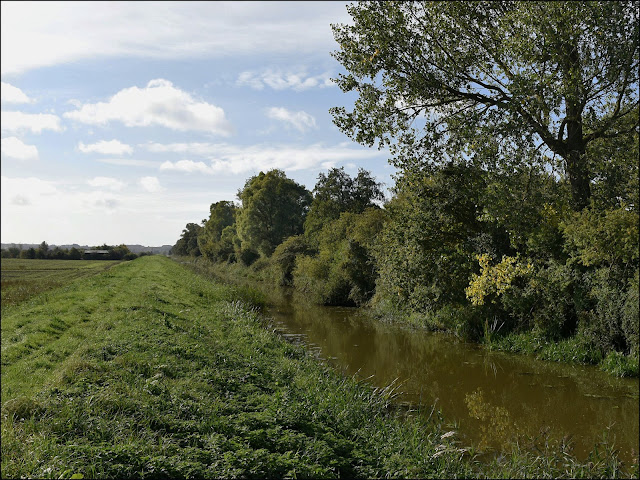 The first thing you notice on arrival is that the whole reserve is surrounded with a water channel, very much like a moat. This has enabled water levels to be maintained, which has preserved many of the fen plants and flowers. If you peer into the distance you can see that the water (and the reserve) stands higher than the surrounding land. Not only has the peat shrunk as it's dried out, but also high winds after a dry spell can cause a dust storm. A "fen blow" as it's called locally. 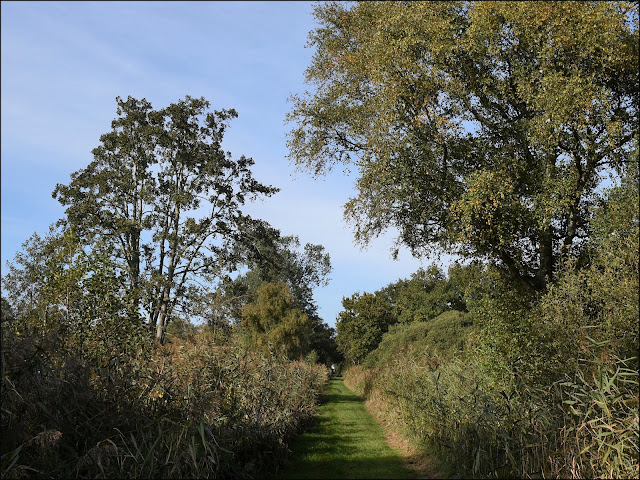 Everything's very lush and green as you walk around, which is hardly surprising as the water level in the channels is maintained at virtually the same level as the path. The paths can be a bit squelchy and in winter or after heavy rain you'd need rubber boots. 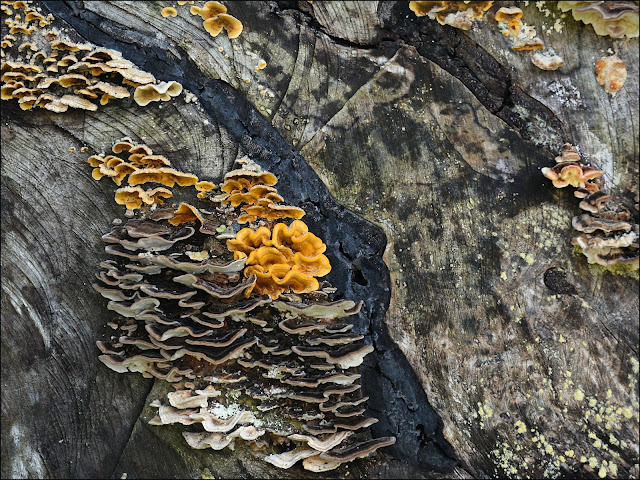 A few fungi are colonising any felled trees. 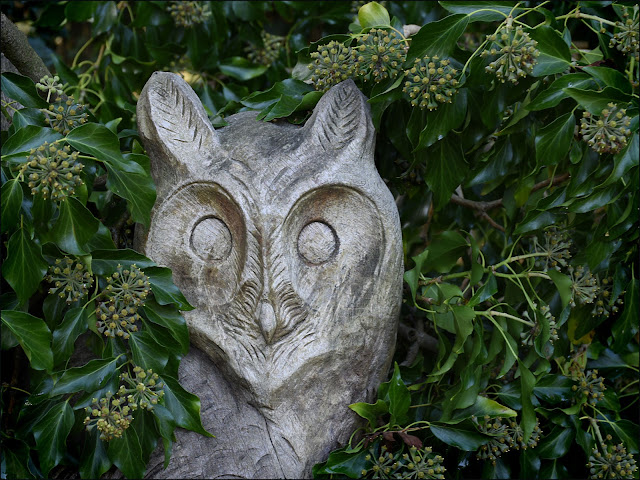 And other timber has been transformed into more of those carved benches, a wooden Long-Eared Owl peers out from the ivy. It's a good deal easier to find and photograph than its real-life counterpart! 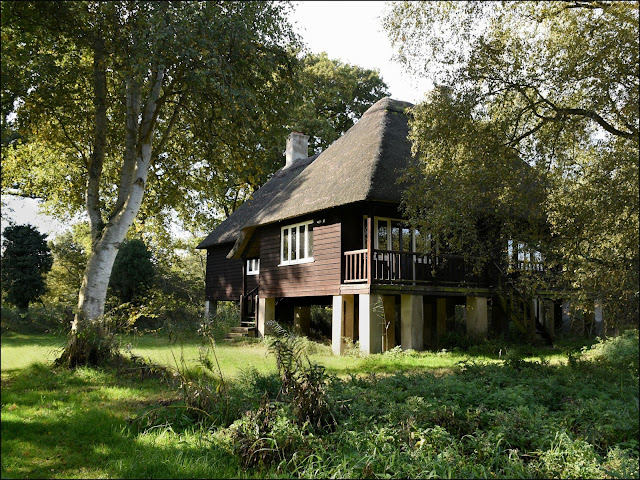 And standing in the centre of the reserve is this this thatched bungalow on stilts. It was built for Charles Rothschild who bought this remnant of fen in 1910. He was a very successful banker who also bought Wicken Fen, where he founded Britain's first nature reserve, in 1899. When he wasn't counting his money he was counting and identifying moths, fleas and other insects for he was an leading amateur entomologist. One wonders what the local farmers made of Rothschild and his pals wandering about at night searching for moths. 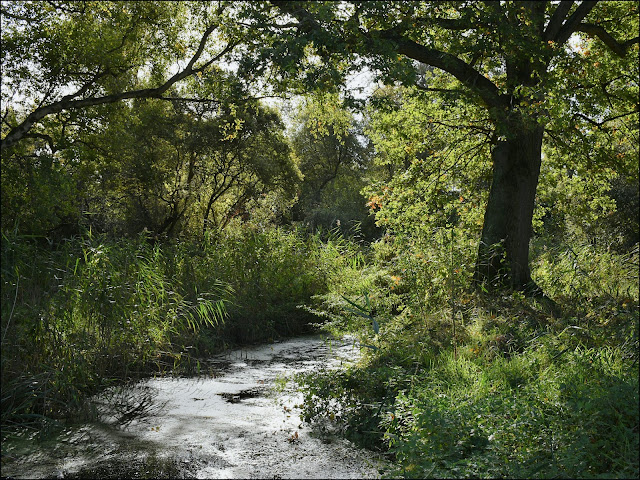 Rothschild's collection of 260,000 fleas can apparently be seen in the Natural History Museum, though he's perhaps better known as the compiler of the Rothschild List, 284 sites which he had visited and thought would be suitable for preservation as nature reserves. This led to the formation of the Wildlife Trusts. If you want to read about how the various sites have fared then you need to read a little book called "Prophet And Loss: Time And The Rothschild List" by Simon Barnes. 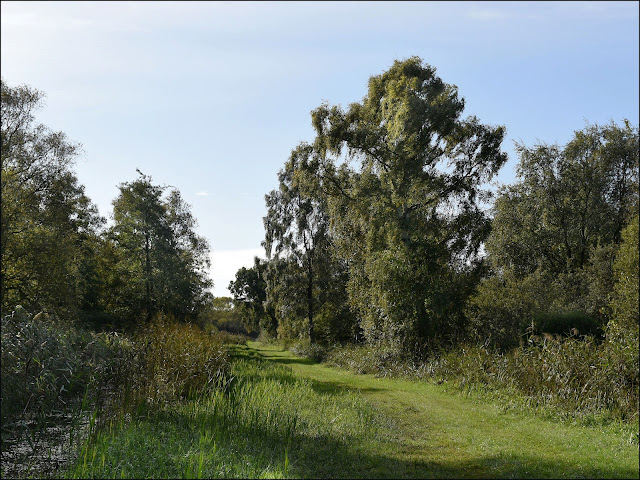 Rothschild's children were an interesting lot too:

Victor became an intelligence officer in WWII and went on to be an advisor to Edward Heath and Margaret Thatcher;

and Nica moved to New York and became a patron of the jazz musicians Charlie Parker and Thelonious Monk. She even took legal responsibility when Monk was busted for drugs (presumably because she knew that the punishment for a member of the wealthy banking family would be much more lenient than for a black jazz pianist). Monk wrote the tune "Pannonica" (her full name) for her. Incidentally pannonica is the name of a moth, bestowed upon her by her entomologist father. Rather appropriate for someone who lived a nocturnal life in the jazz clubs and bars of New York. But we digress... 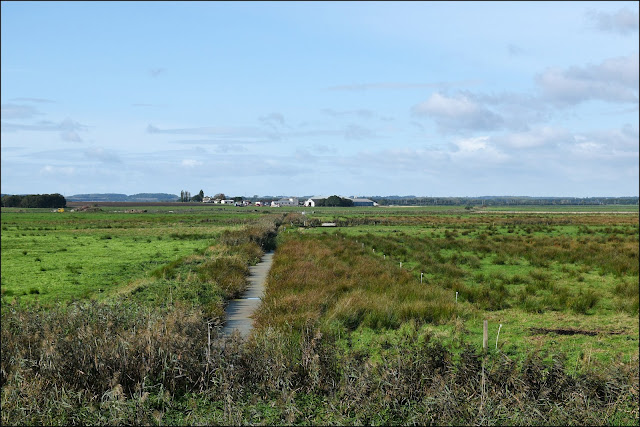 Down at the far end of the reserve you can stare into the future. This is some of the land which has been acquired for the Great Fen project. Already Marsh Harriers are quartering the ground and some Common Cranes spent much of last winter there.

But we've just time to fit in one more location... 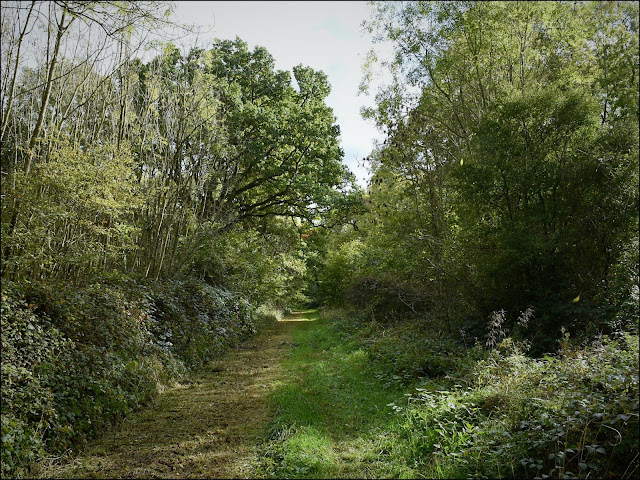 Monk's Wood is an area of ancient woodland, parts of which are used by the Centre For Ecology And Hydrology for their various projects and experiments. I wanted to visit to find out how much scope there was for future walks there. 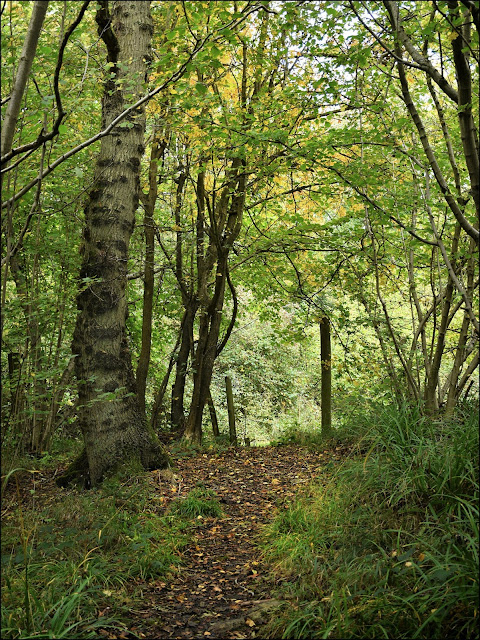 Quite a bit of walking as it turns out, with marked wildflower and butterfly walks in the appropriate season.

And that concludes our whistle-stop tour of the north-west corner of Cambridgeshire and its nature reserves. We may well be back....

(**  the archaeologist and TV personality Francis Pryor believes this quirky predilection for ridiculously inappropriate description is why the soaring 266ft (81m) tower of St Botolph's Church, at Boston in Lincolnshire, is known as "Boston Stump". It's a better explanation than many).

Posted by John "By Stargoose And Hanglands" at 07:15