Autumn this year seems to be crawling in on all-fours, rather than striding boldly across the land. One place I thought we would be sure of a little colour is at Lynford Arboretum in Norfolk. In case you don't know the word, an "arboretum" is a collection of exotic trees, a very fashionable adjunct to any large mansion in eighteenth and nineteenth century England. But first a little stroll before we get to the Arboretum itself. 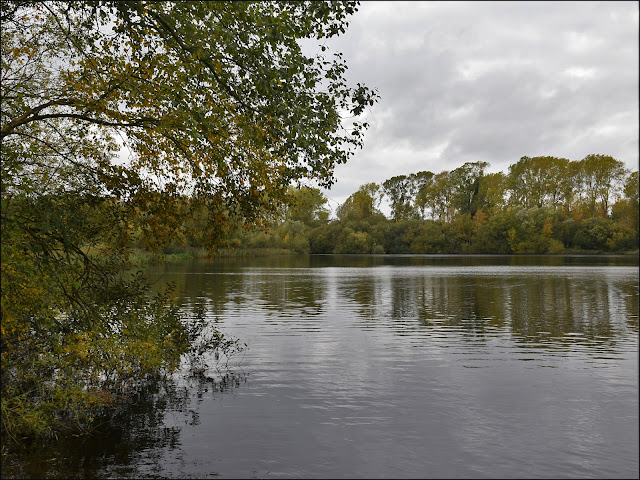 Quiet weather and a silvery light on the old gravel pits alongside the River Wissey. 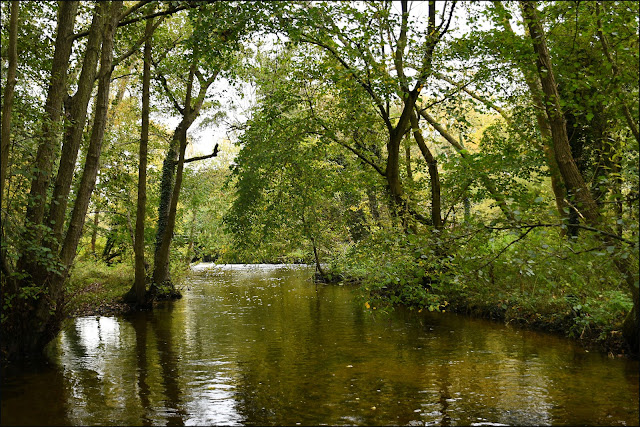 And a secluded stretch of the river itself. 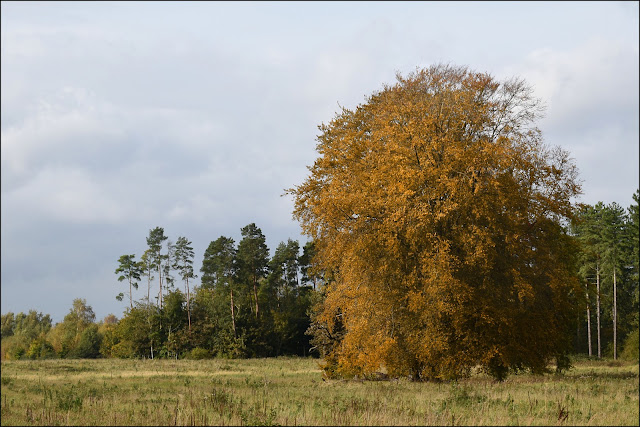 Turning back through typical Breckland scenery, with just the odd tree dressed for Autumn. 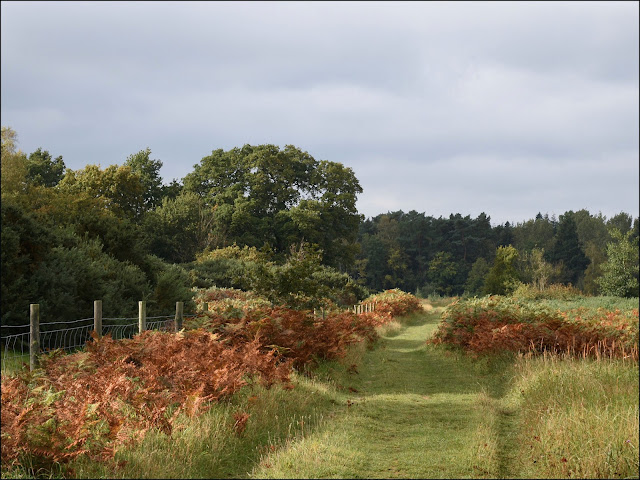 That all looks very peaceful, doesn't it? Though in reality there was a distant thumping of heavy artillery - that fence on the left is the edge of a military training area. Either they demolished the target or they gave up; the bombardment didn't last long. 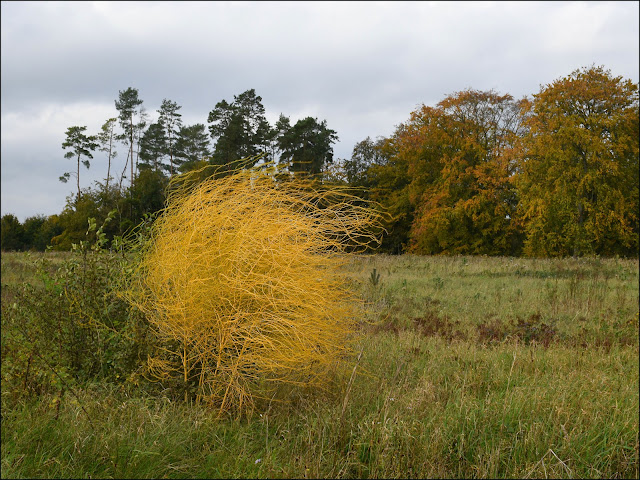 Now just what is that strange yellow plant? I feel that I've seen it before, but I'm pretty sure it doesn't belong here in the Norfolk countryside. Answers on a postcard, please.
And so to the Arboretum.... 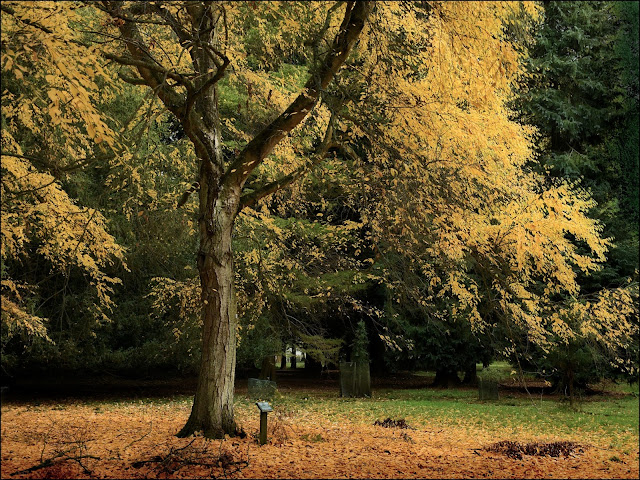 The golden hues here were rather more impressive, especially the various birch trees. 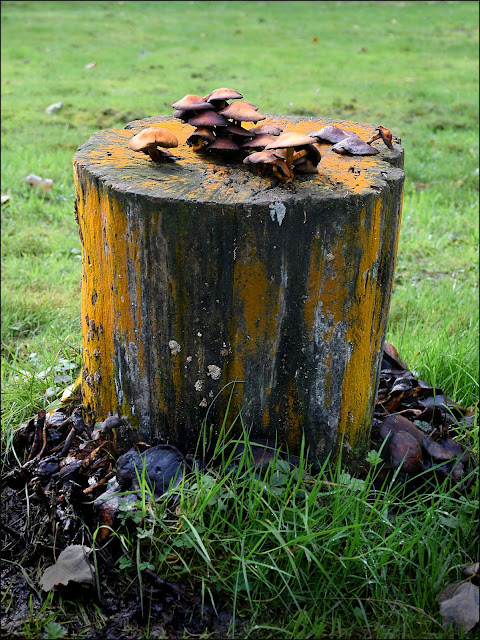 At a distance I thought this might be some kind of sculpture in bronze, though closer inspection revealed it to be wrought by the hand of nature - just a few little fungi on top of an old stump. 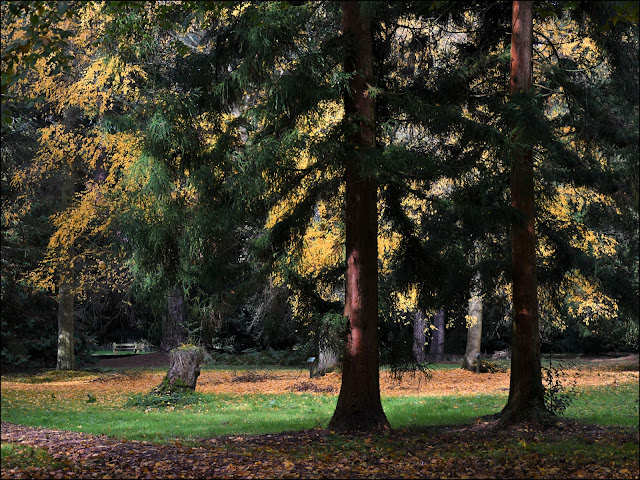 The Arboretum mingles deciduous and coniferous trees to good effect. It seems more natural to photograph the Autumn colours against the darker backdrop, but here I thought I'd try it the other way around, with the golden foliage shiny through. 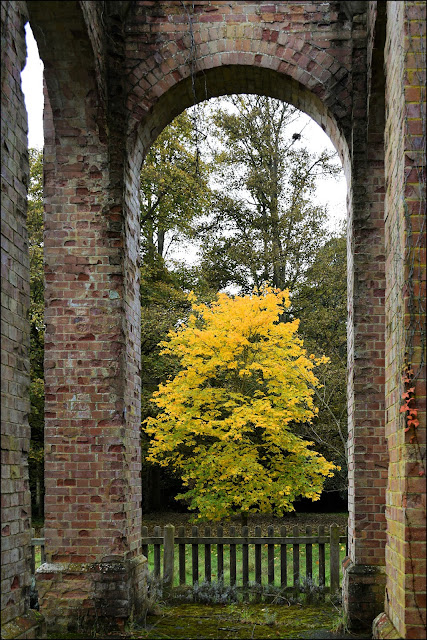 An old brick water-tower makes a frame for an isolated tree. 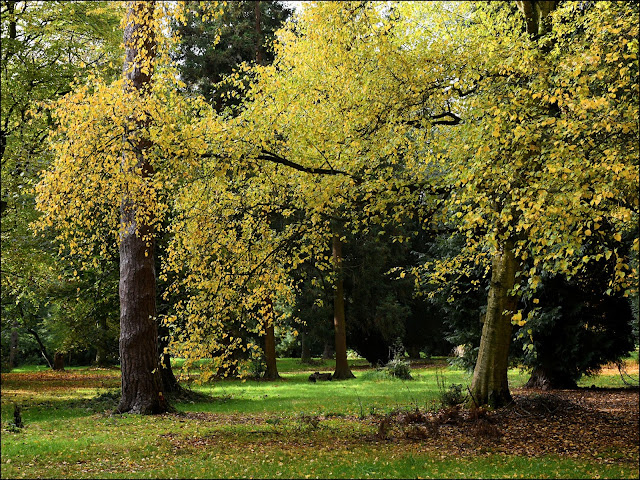 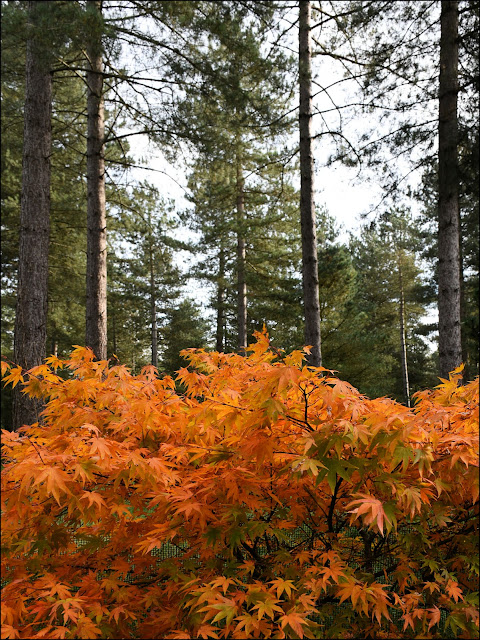 This low-growing maple was spreading its coppery boughs beneath the soaring conifers. 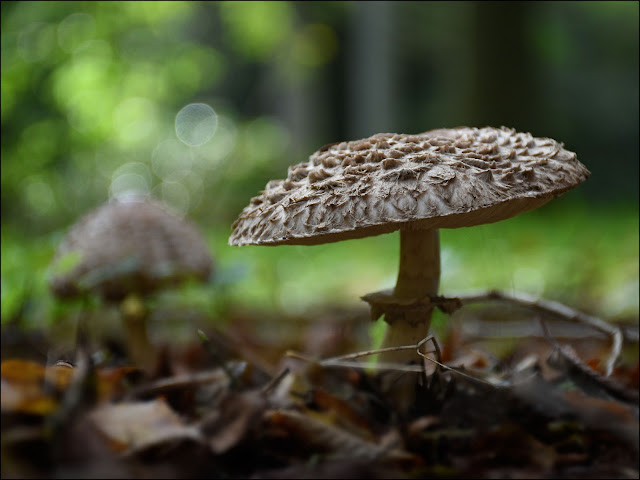 It's a great place for fungi-hunting too. But lets walk on beyond the Arboretum.... 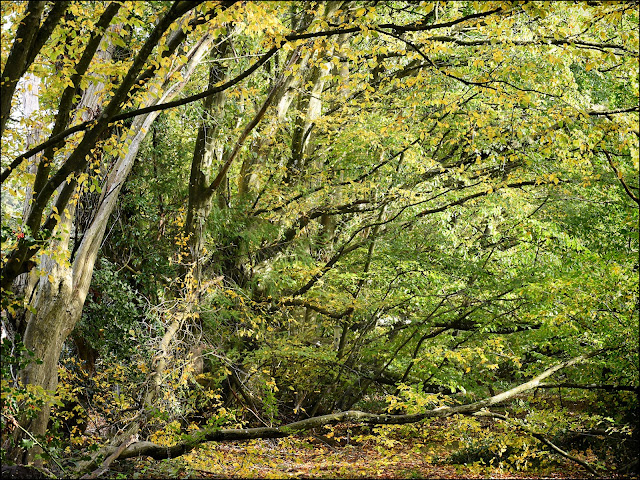 After the orderliness of the tree-collection it was good to see nature at her wildest, with branches surging in unstoppable growth. 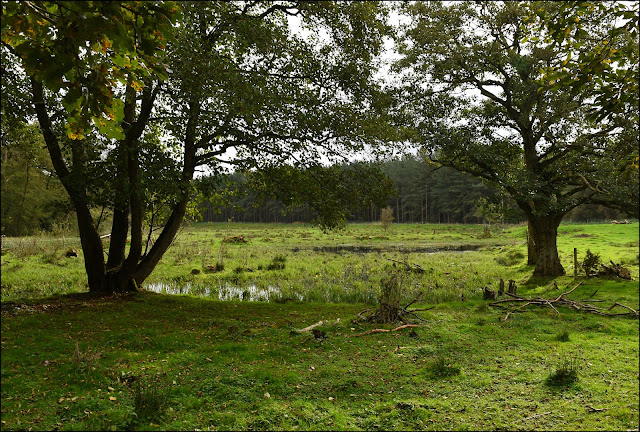 The Highland Cattle have very sensibly forsaken their summer pasture which is now partly under water, though they can live happily on far rougher ground than this. 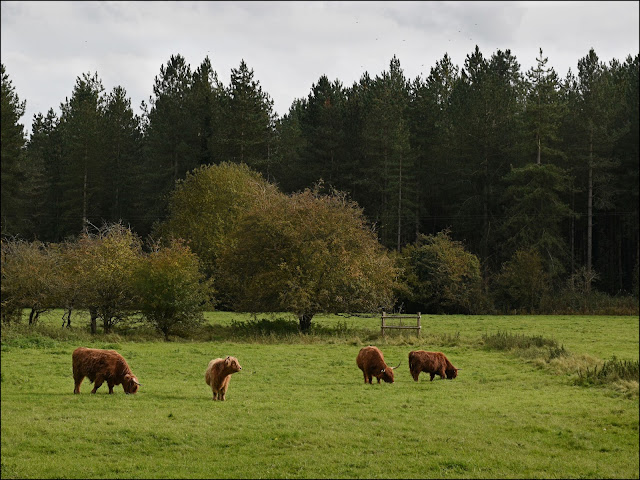 They are now on much better-drained land. Flocks of Redwings, just arrived here from Scandinavia, were feasting on the hedgerow berries. 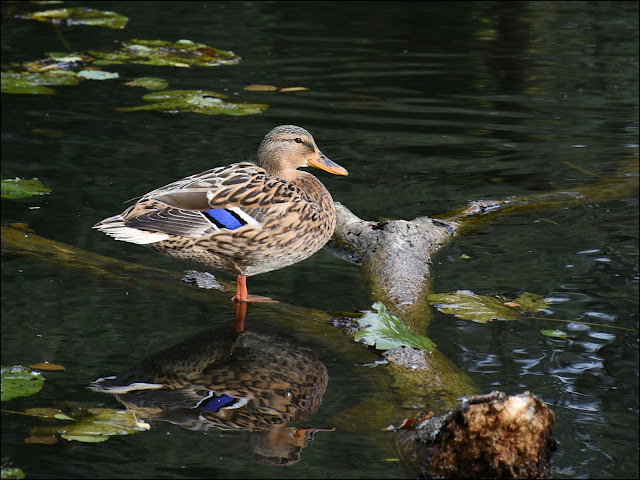 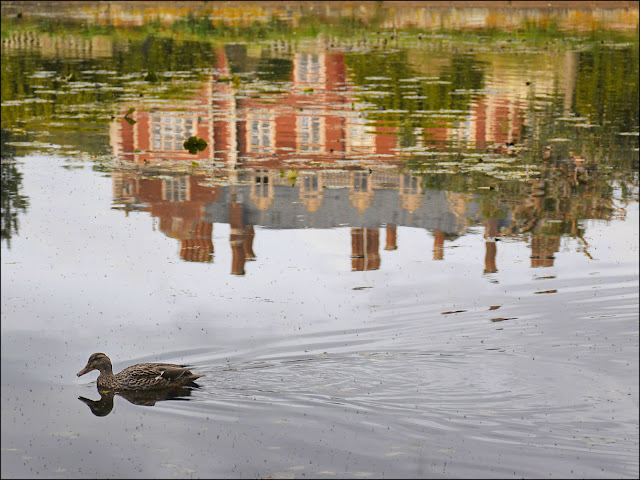 ....while Lynford Hall was reflected in the water of the ornamental lake. 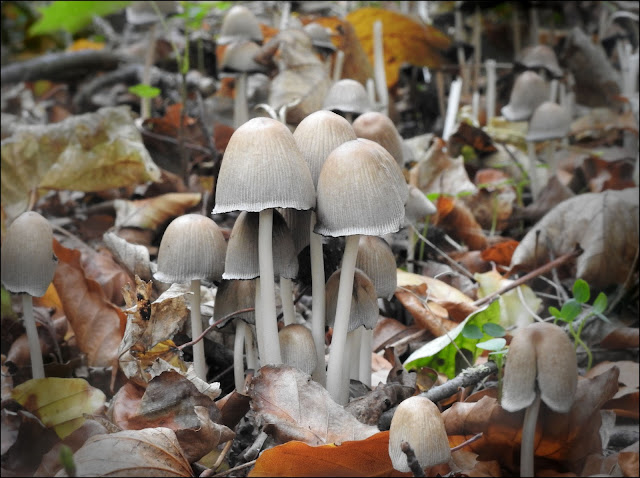 Take care.
Posted by John "By Stargoose And Hanglands" at 19:42